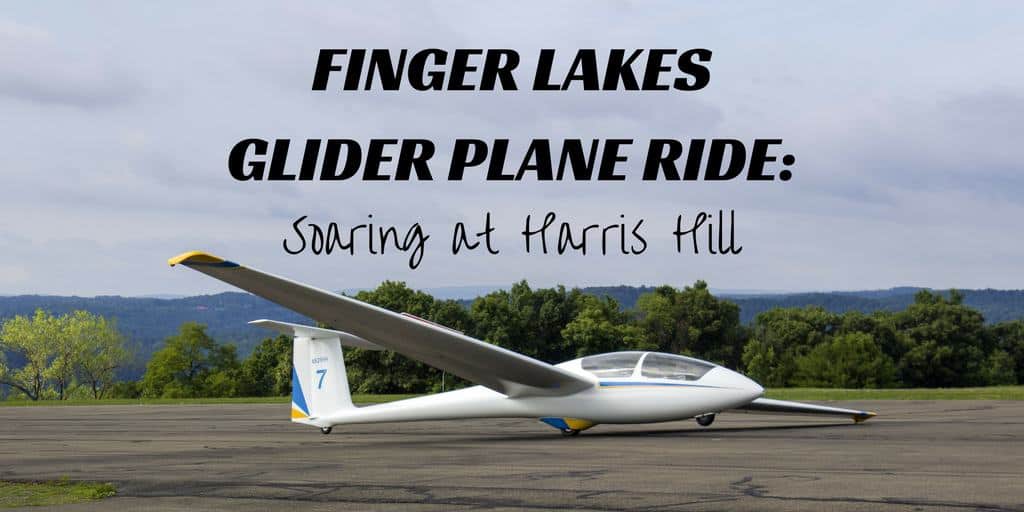 Gliding high up above the Finger Lakes region in a motorless plane.

Have you ever gone for a sailplane ride?

When I learned that I had the chance to ride in a sailplane on a trip to the Finger Lakes (a region in New York state), I had to actually Google search what a sailplane was. A sailplane (otherwise known as a glider plane) offers a completely silent flight. The plane is dragged up into the air by a tow plane and released, allowing you to fly without an engine. I couldn’t even imagine the sensation of gliding up in the air, drifting in the breeze like a bird. I knew that I was in for an adventure of a lifetime.

And what better place to try a sailplane ride than the Soaring Capital of America, Harris Hill and the Elmira area? 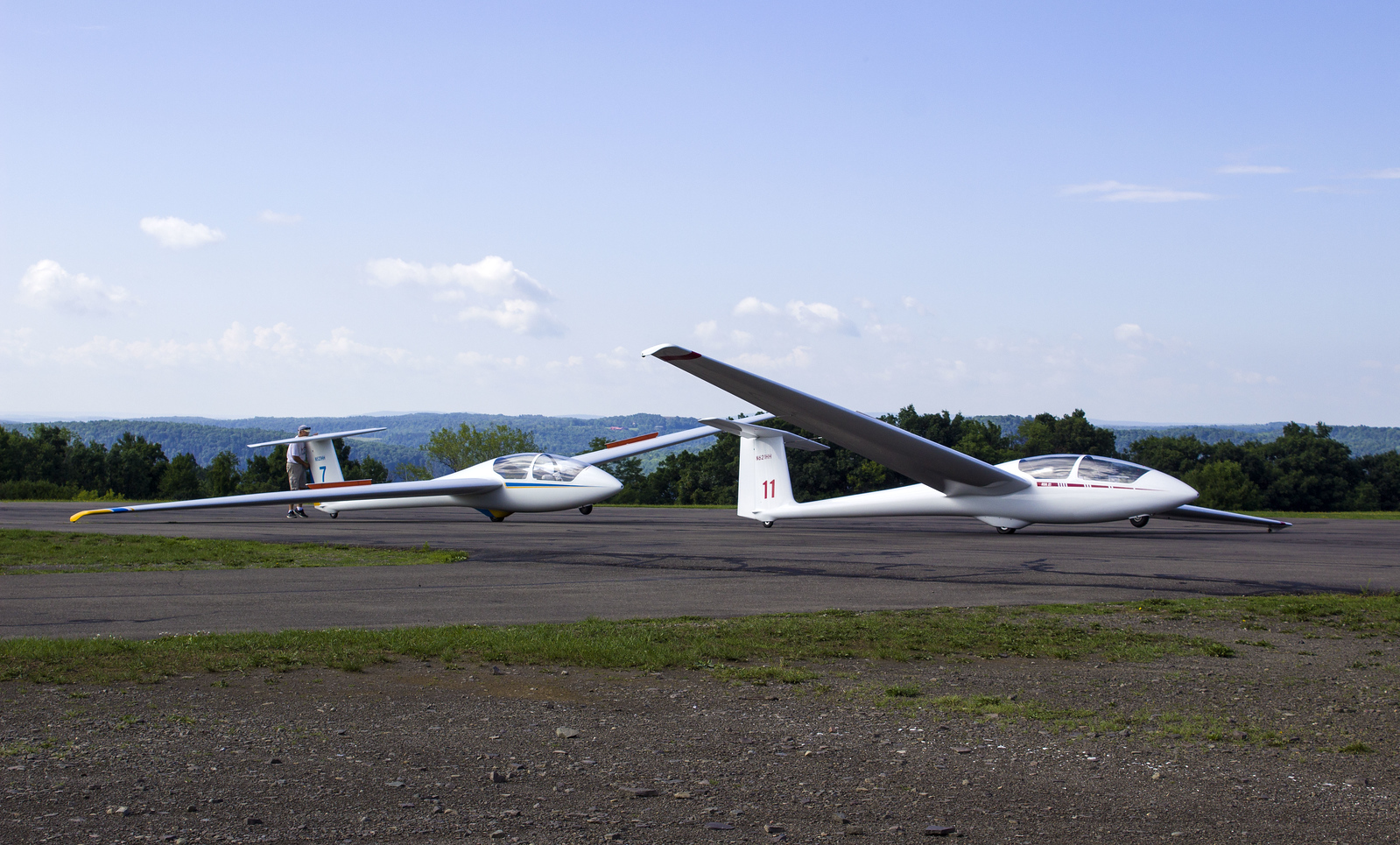 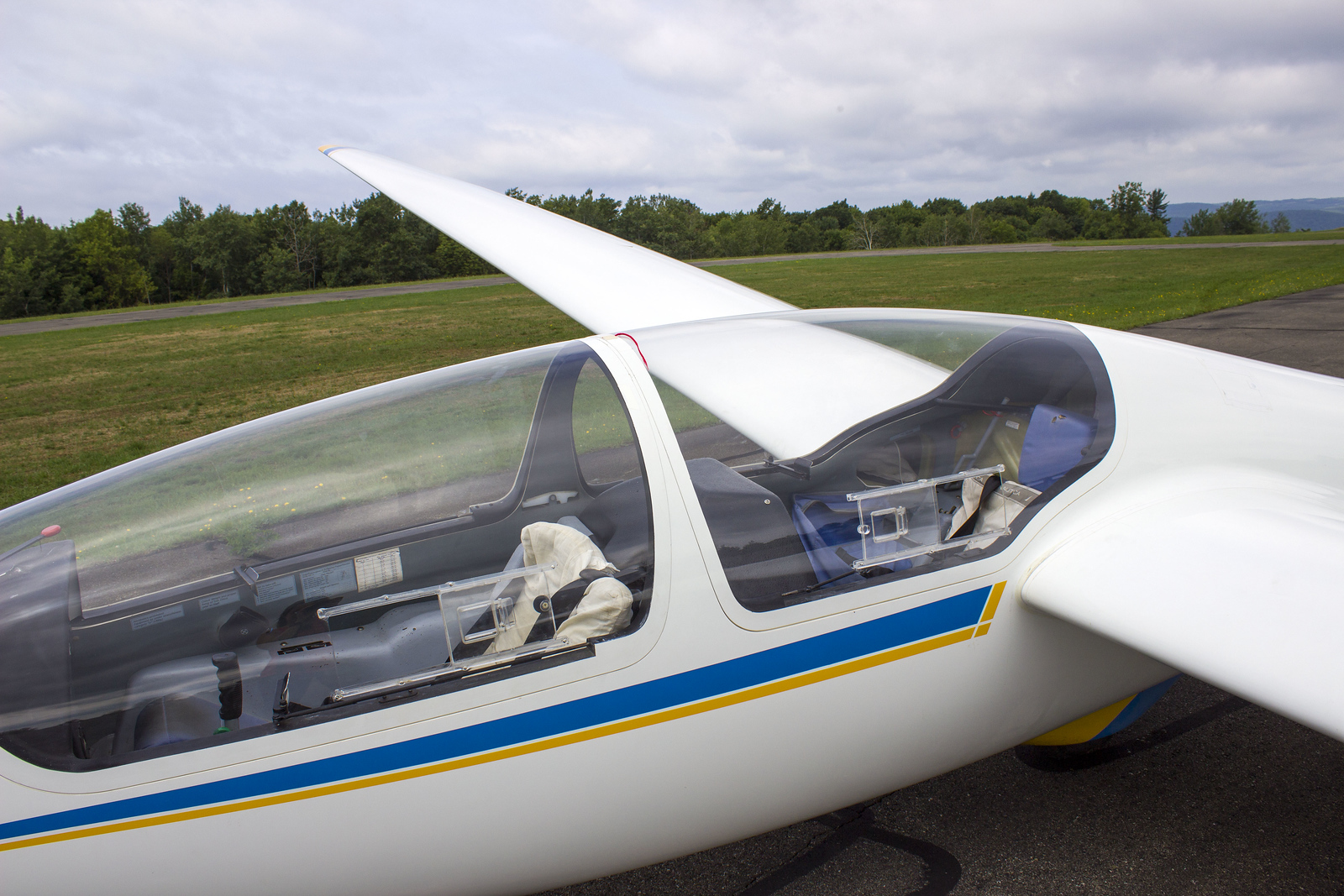 MY FIRST GLIMPSE OF REALITY

On a Finger Lakes glider plane ride, you’ll experience the sensation of flight in a completely quiet environment. You’ll hover high in the air, gently circling around as gravity slowly brings you back to the earth.

It wasn’t until I approached the plane that I started to feel nervous. It was only then that I fully realized what I was getting myself into. What was I thinking? I’ve never been inside any helicopter, small plane, or anything close to this type of aircraft. I’ve only flown in commercial jets where it’s easy to forget that you’re even up in the sky.

In this plane made for two, I sat up in the front while the pilot sat in the back. The tow plane would bring our sailplane to an altitude of 4000 feet above sea level before releasing us. From there, we’d gracefully meander in the wind for about 15 or 20 minutes.

I’m sure that my legs were shaking a little bit as I approached the glider plane. However, once I was strapped inside my seat and I chatted to the pilot, my nerves eased up. I couldn’t wait to fly up above the spectacular Finger Lakes, experiencing the region from new heights. 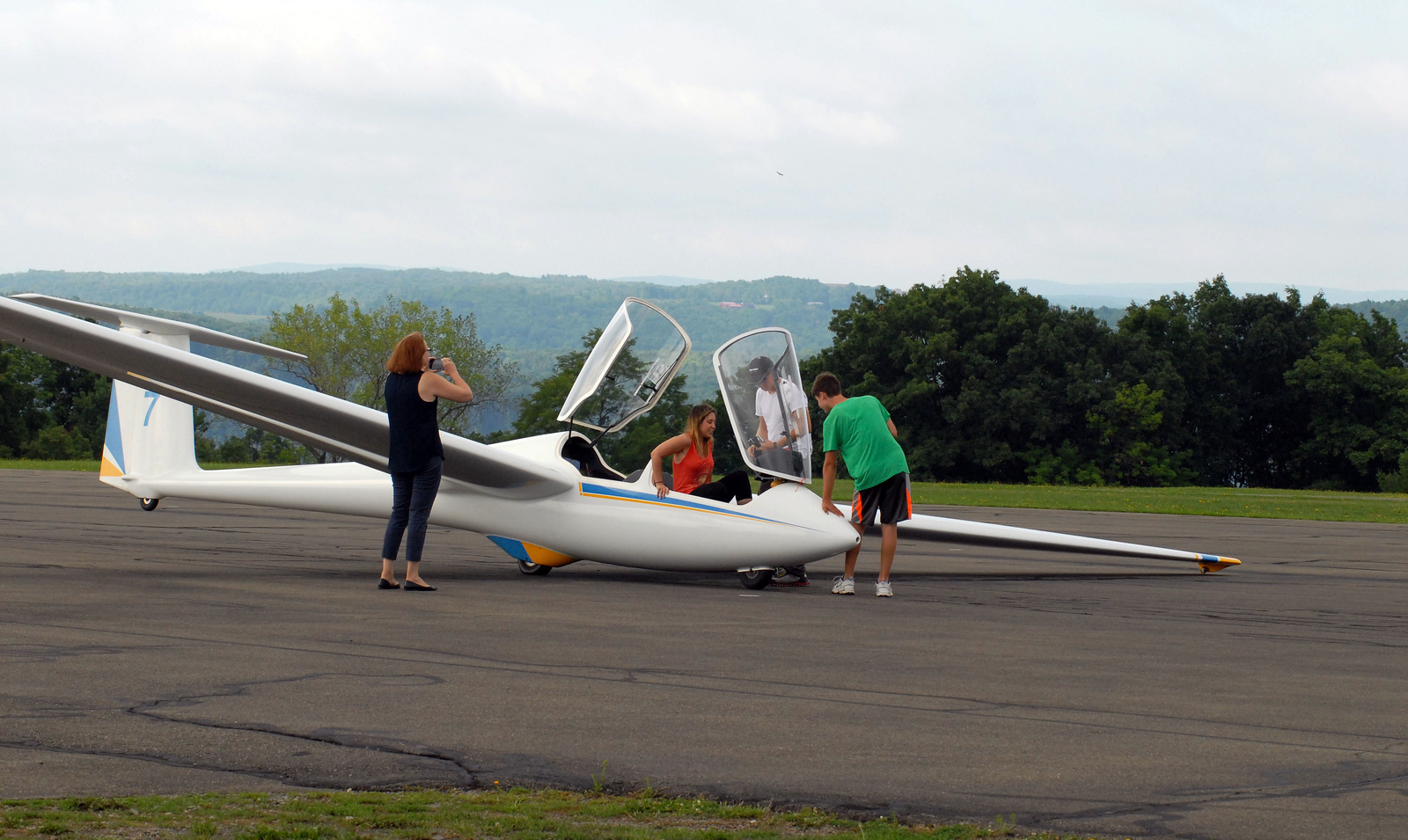 UP IN THE AIR

Flying up in the sky on this Finger Lakes glider plane ride was nothing short of exhilarating.

Once we were ready to go, the tow plane edged forward, eventually pulling our glider plane along with it. Within moments, the glider ascended off the ground. The world grew smaller and smaller as we flew higher and higher. I looked from side to side and marveled at the lush landscape of New York state that extended all the way to the horizon.

Once we were at the proper altitude, the tow plane released the cord and veered in an opposing direction, disappearing out of sight. Our plane was all alone in the sky. 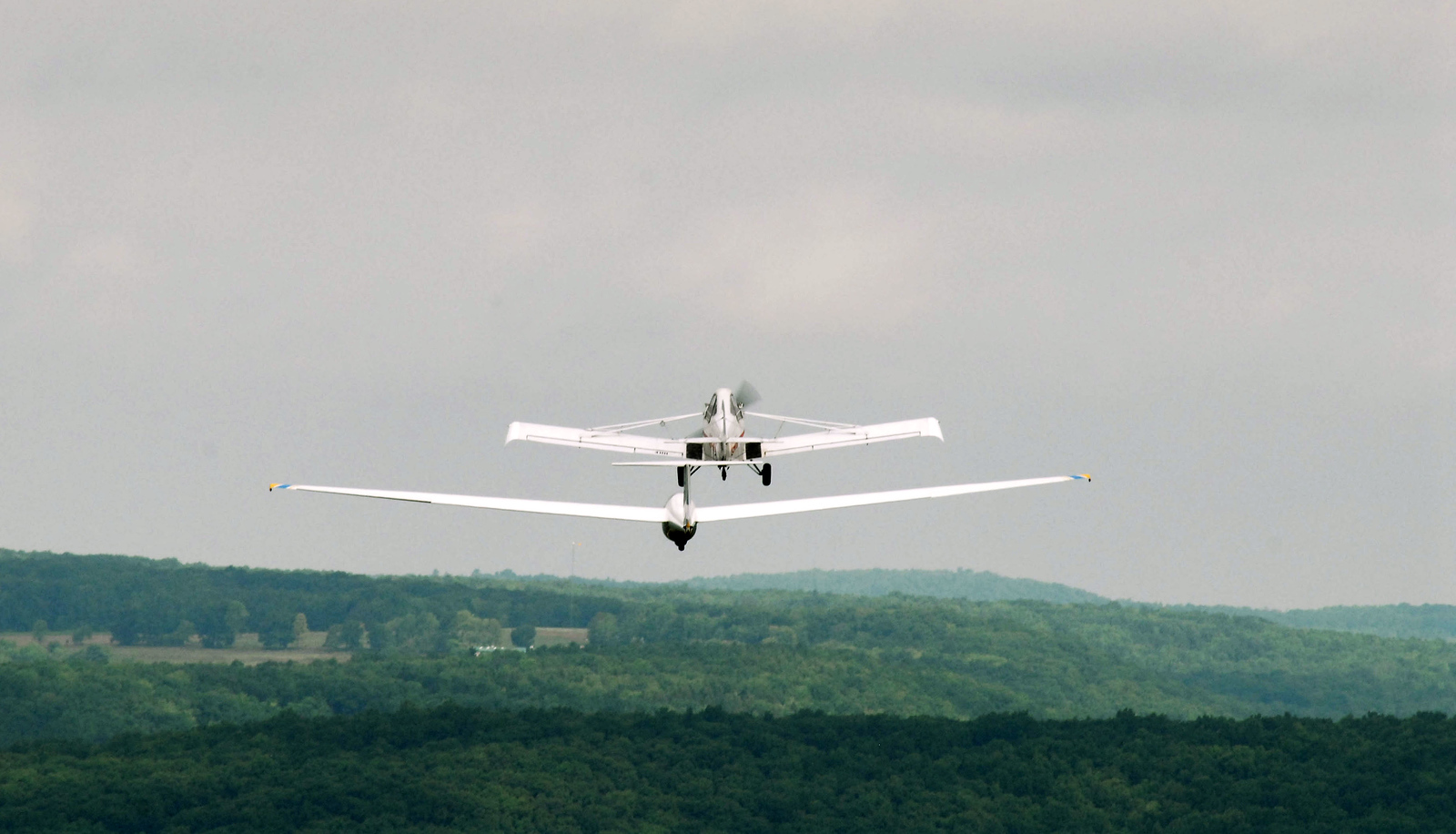 I couldn’t get over the silence.

I’m very accustomed to plane rides being very noisy. On commercial flights, it only takes a pair of noise-cancelling headphones to realize just how loud airplanes truly are. I find that I nearly have to yell over the white noise to communicate with someone sitting right next to me.

On a sailplane ride, it was so quiet up there as we lacked any kind of motor. It was also an incredibly smooth ride. We glided around in giant loops. The sensation was as close as I’ve been to flying like a bird.

Don’t forget to bring your camera. Even though I had to battle the reflections of the glass all around me, it was a great opportunity to take pictures of the impressive scenery. From flat farmland to lush, green hills, the Finger Lakes is such a stunning beauty. 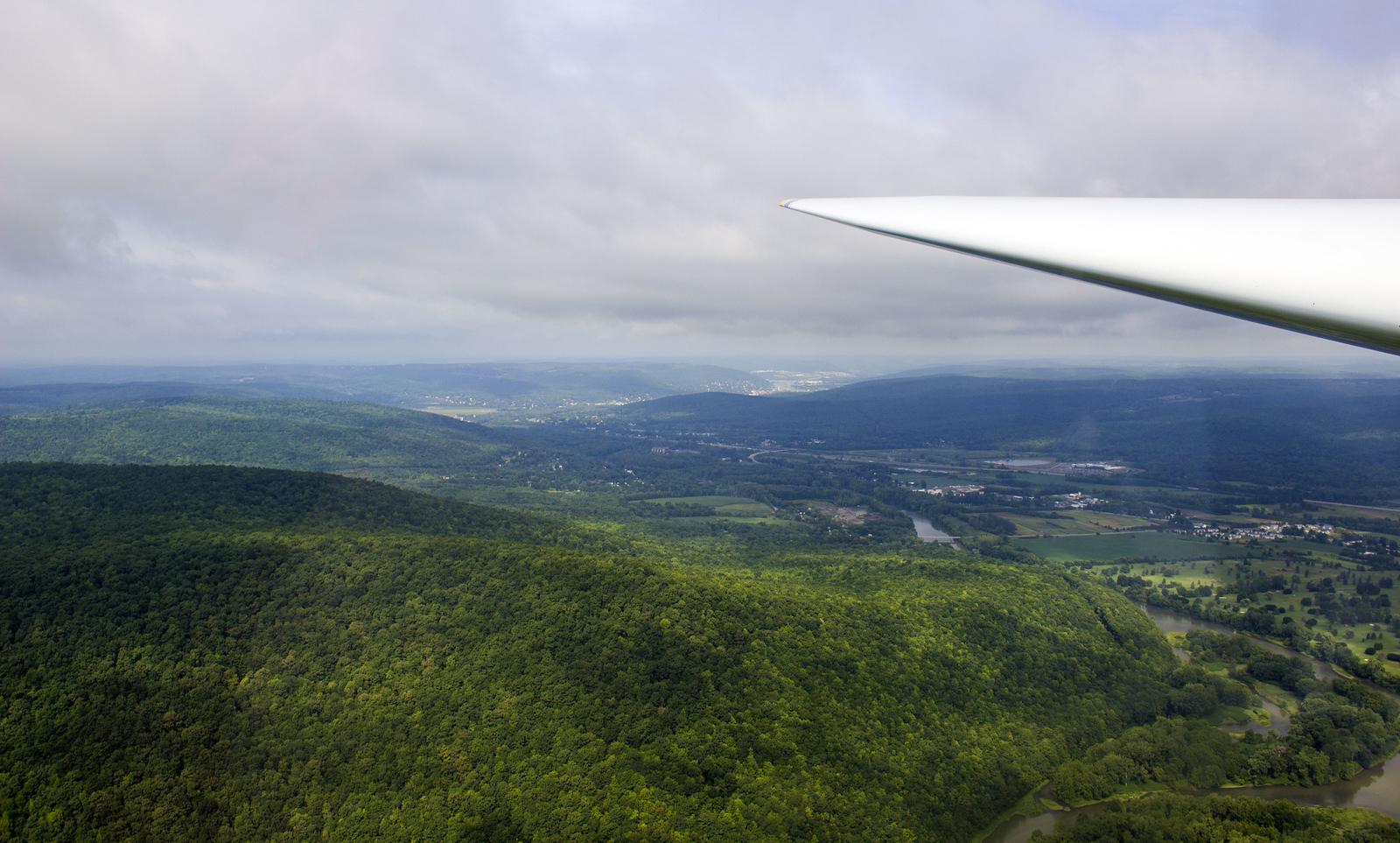 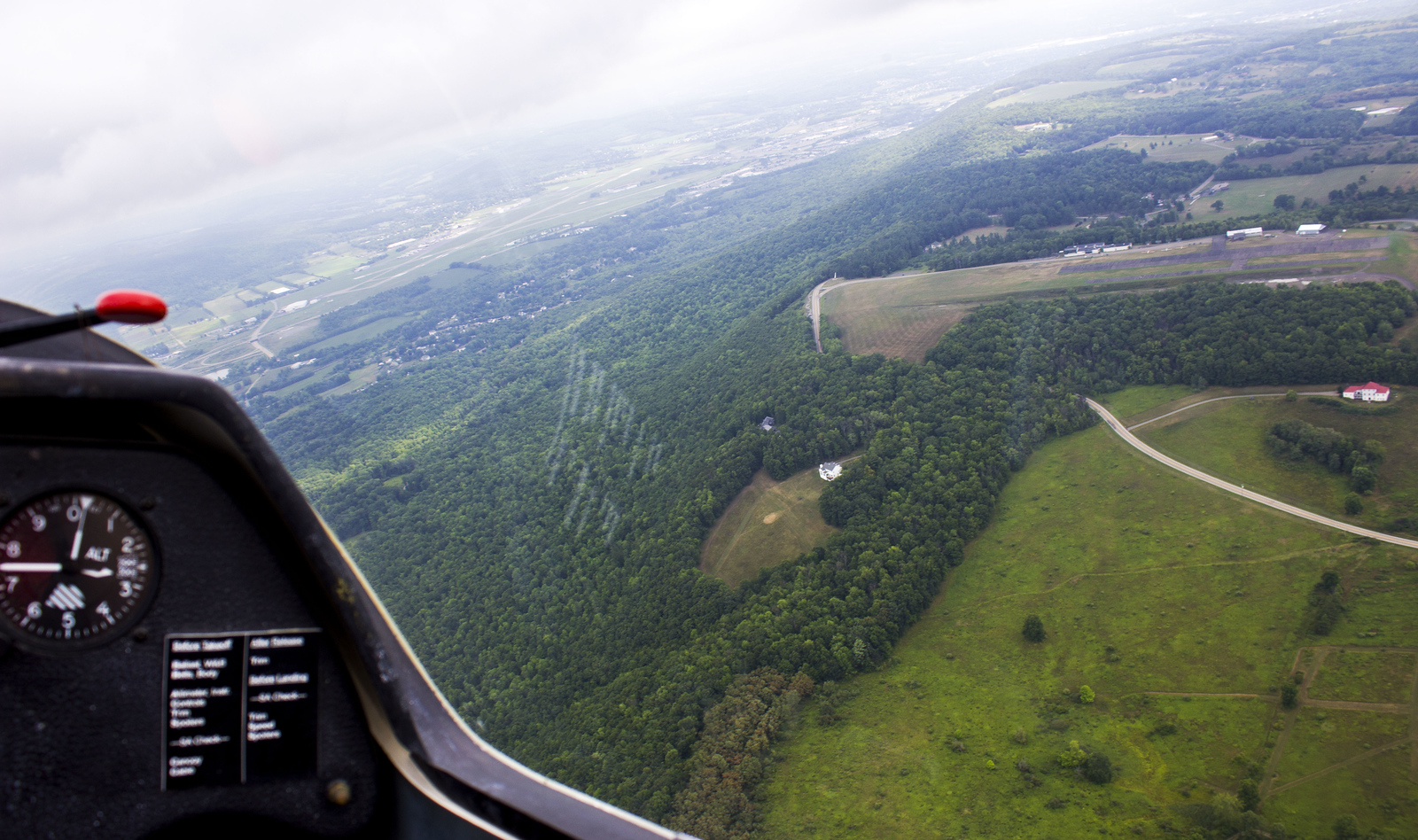 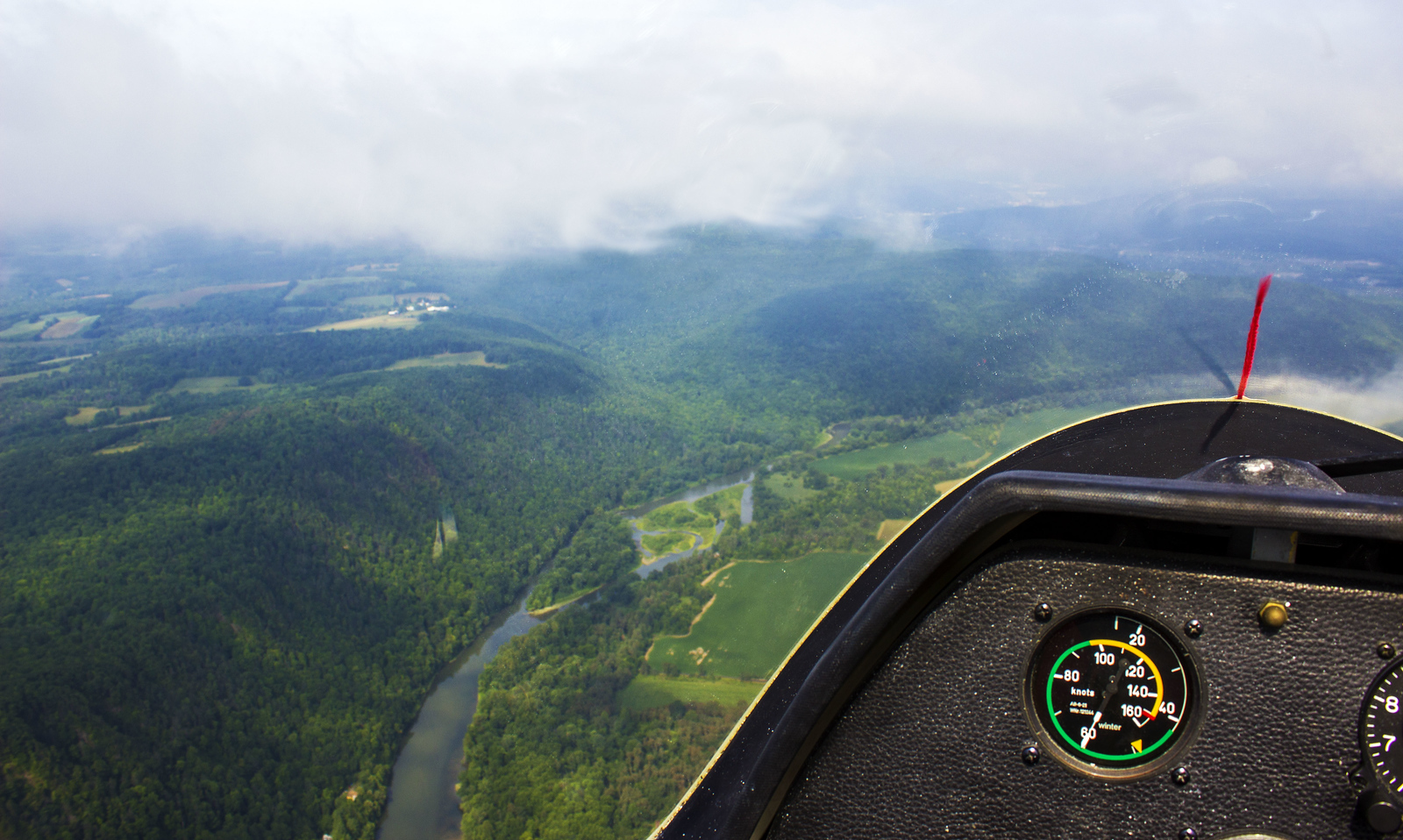 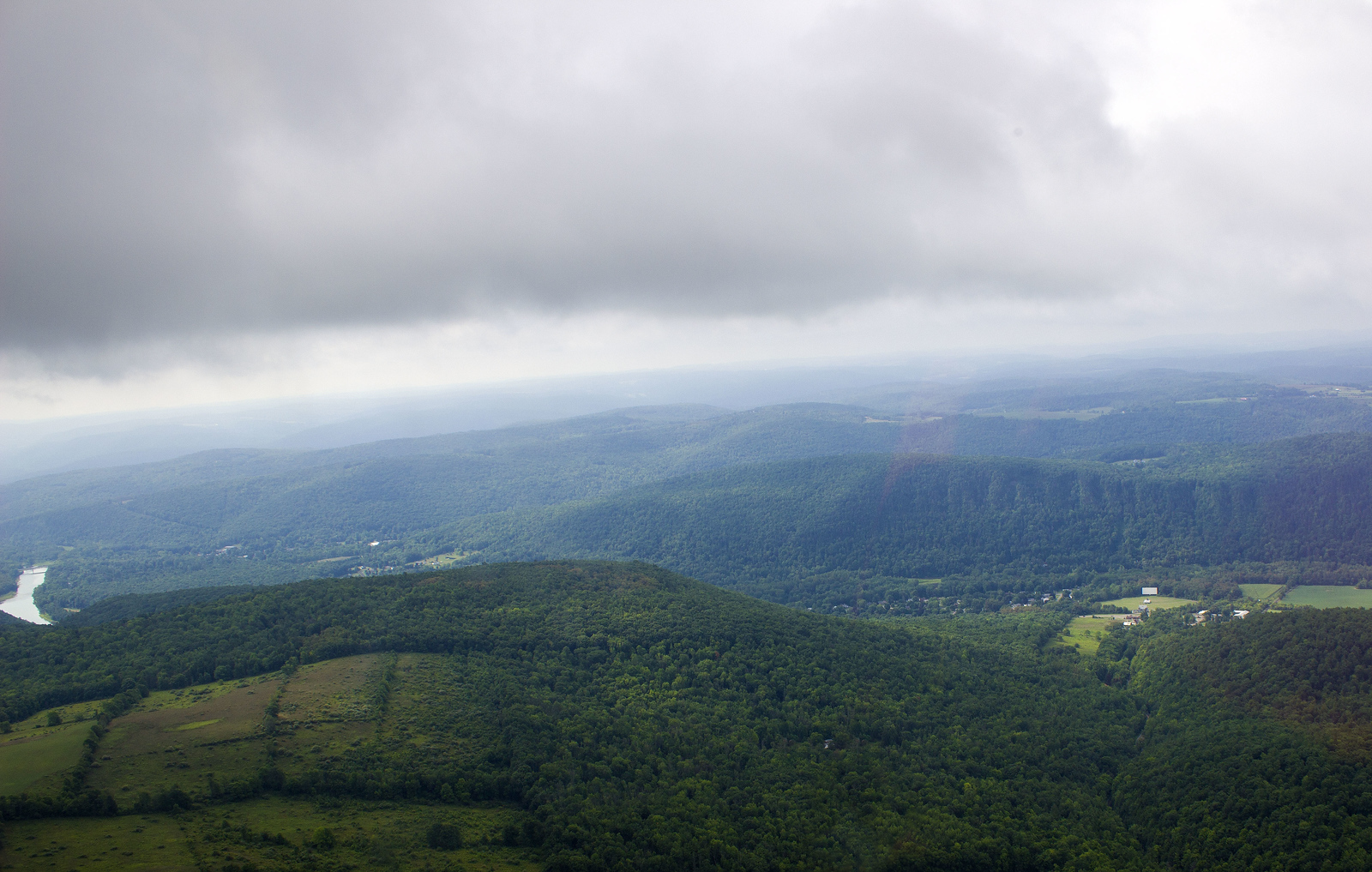 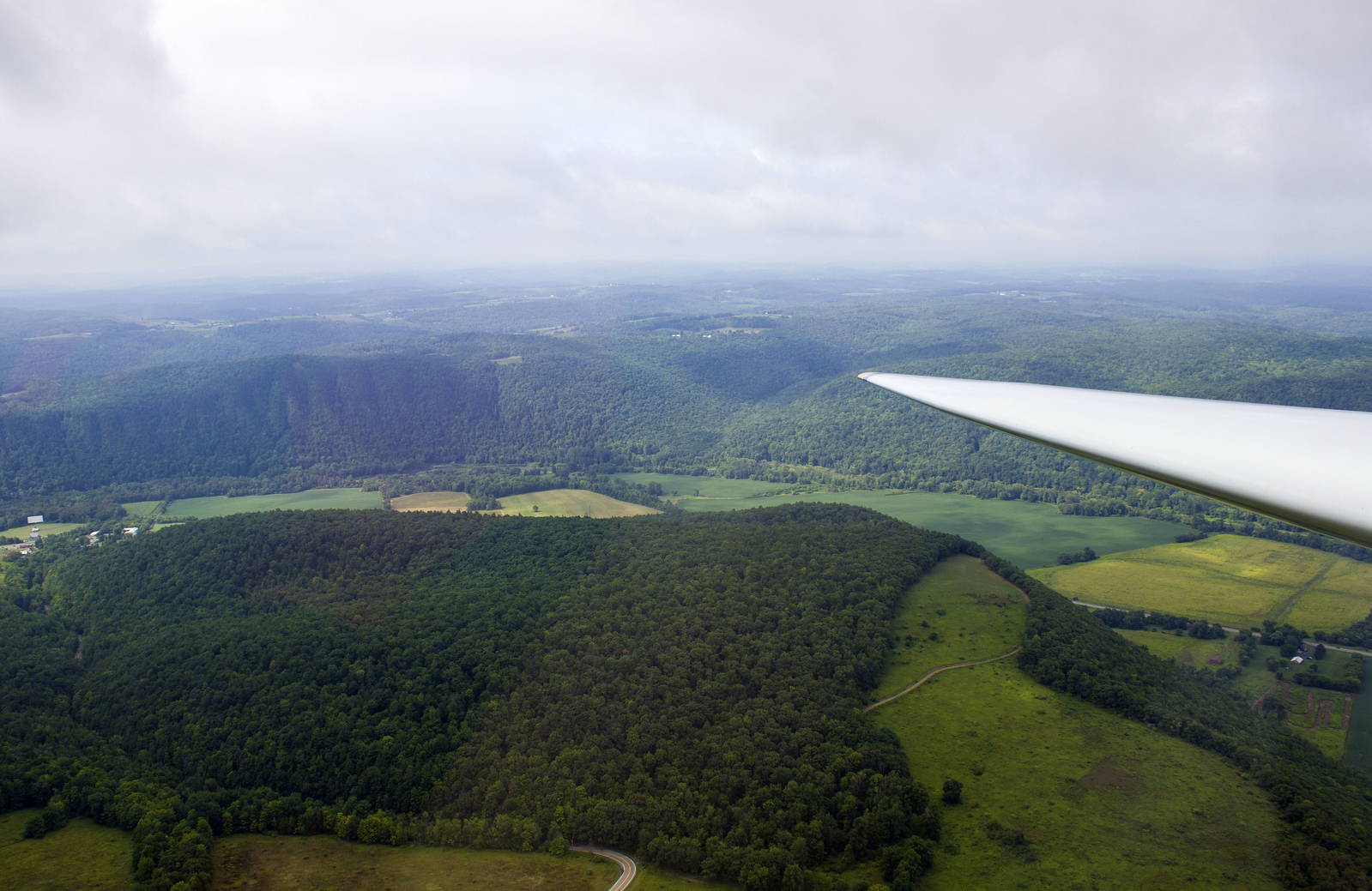 We slowly descended throughout the flight, working with the powers of physics and gravity. Finally, it was time to land. While I expected that we could be in for a bumpy landing, this couldn’t be farther from the truth. Much like up in the air, we glided gently to the ground and slowly came to a stop. I only wish that the flight was longer, but all good things must come to an end.

After my flight, the skies became gray and the weather didn’t cooperate for any other flights that morning. I traveled to the Finger Lakes with my sister, Robyn. Unfortunately, she didn’t get to experience a sailplane ride that day.

Thankfully, the skies opened up the following day and there were bright, blue skies. As we staying in the nearby town of Corning, we zipped back over to Harris Hill and learned that she could take her glider plane ride after all! I’m so happy that she got to experience this, too. 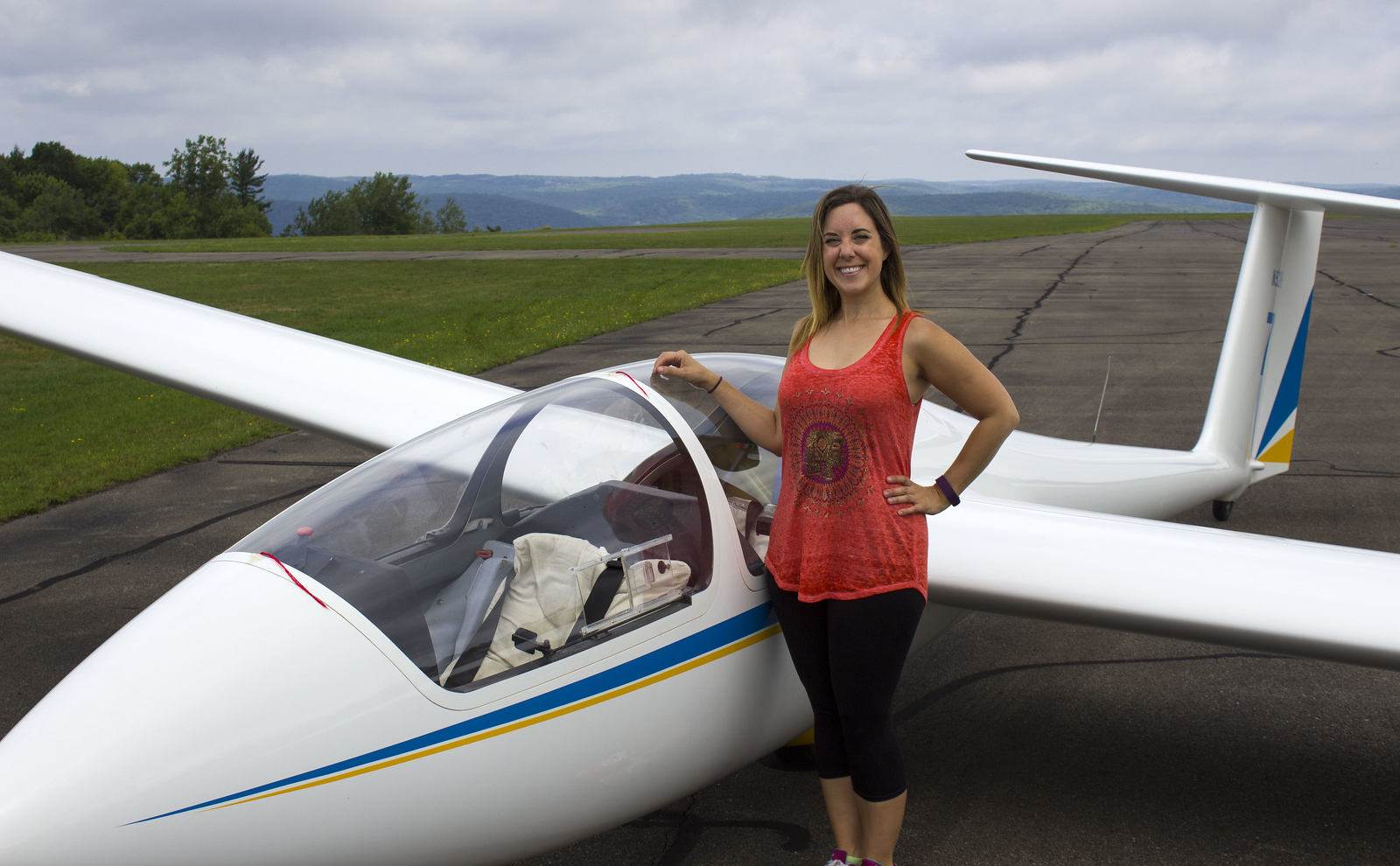 Located right on site, you can also enjoy a visit to the National Soaring Museum before or after your sailplane flight. This aviation museum preserves the history of motorless flights. It’s home to many original and replica glider planes, and shows how far we’ve come with this technology. The National Soaring Museum is home to a vast collection of planes, from the late 1890s to the late 20th century.

Be sure to book a tour as I learned so much from our knowledgeable guide. He was truly passionate about the topic of aviation history.

I enjoyed the thrill of experiencing a Finger Lakes glider plane ride first hand, while I also appreciated the trials and tribulations that got us to where we are today. 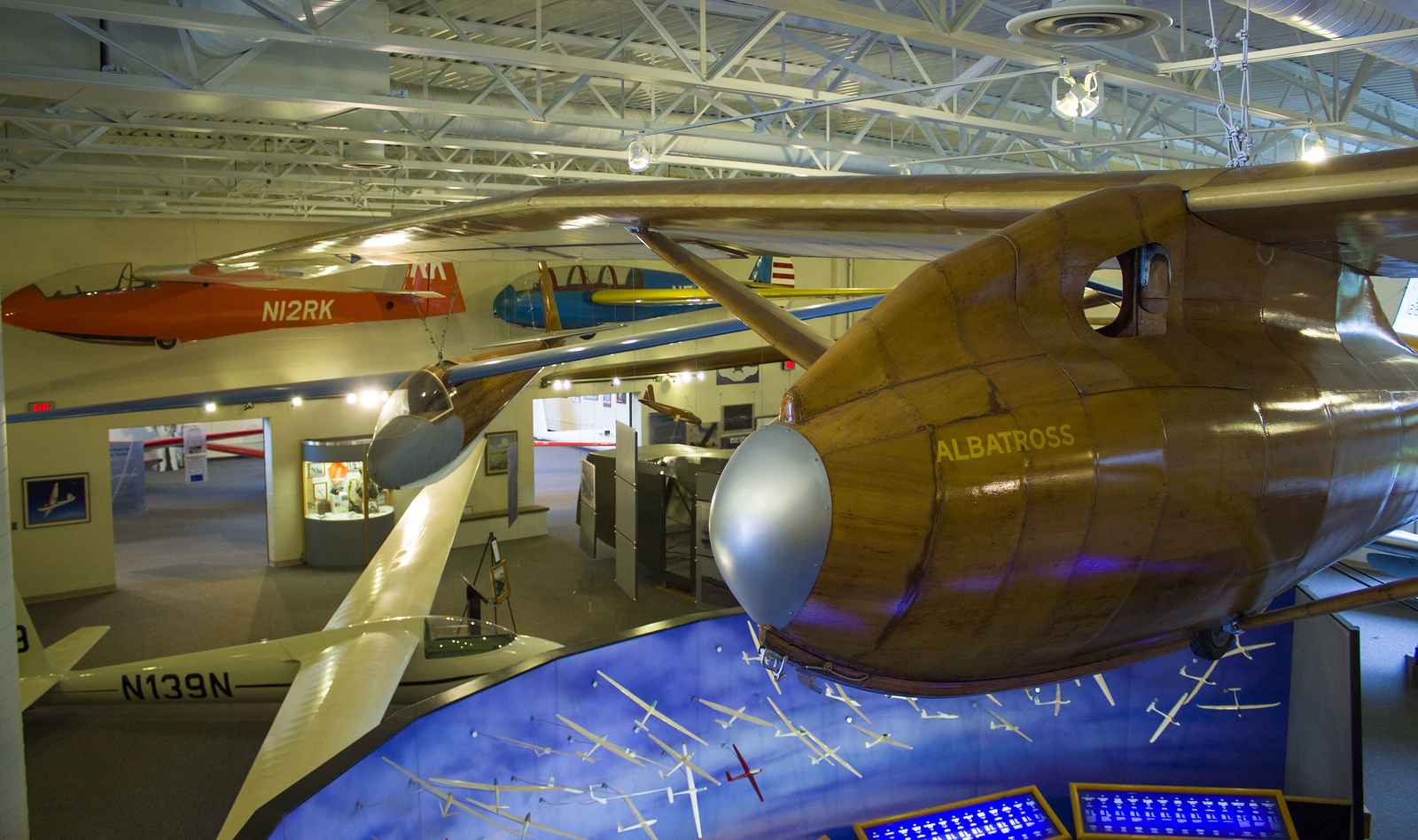 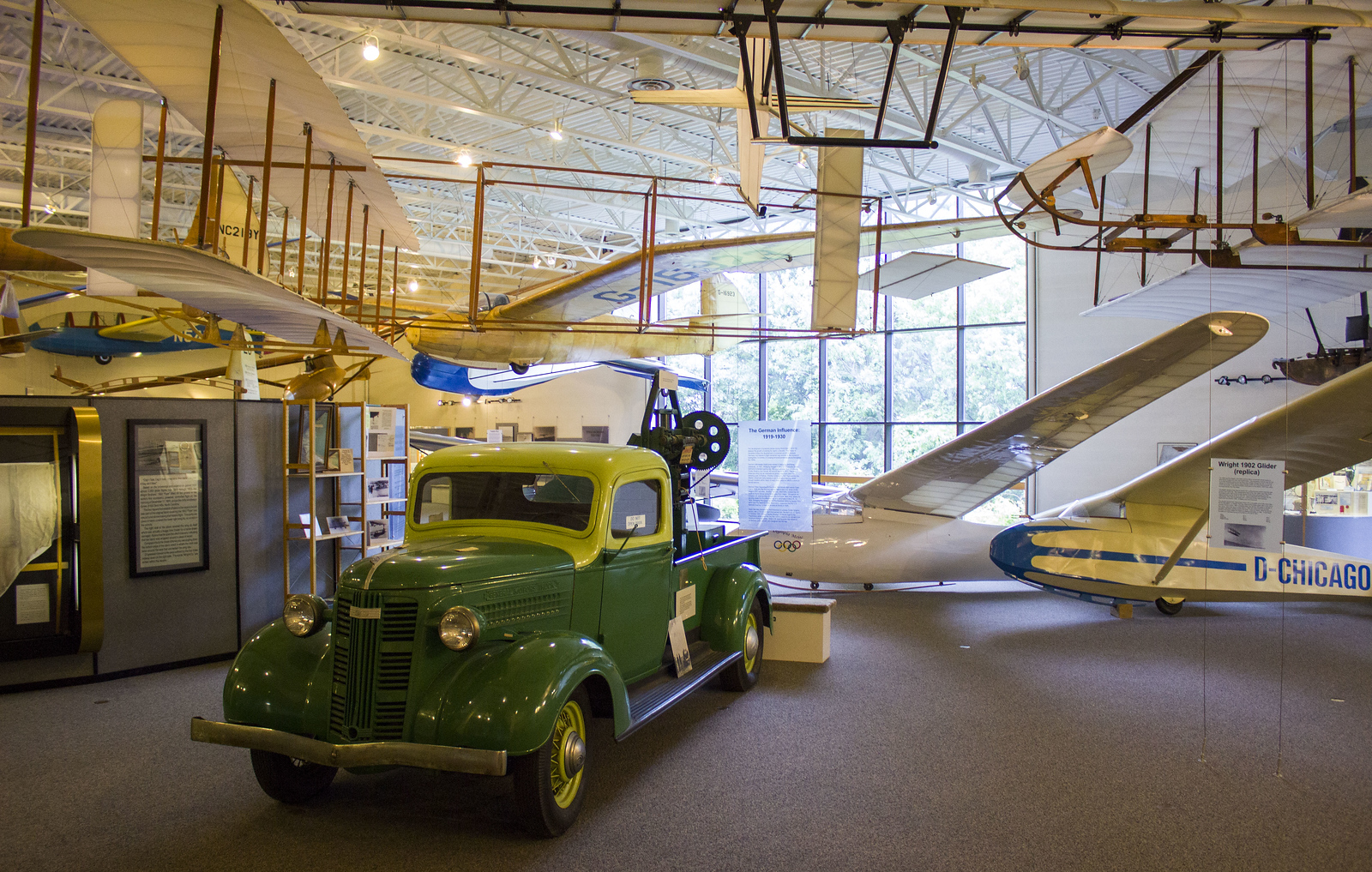 Check out even more photography from Harris Hill Soaring and the National Soaring Museum! Here’s my travel photography album of my glider plane ride experience. 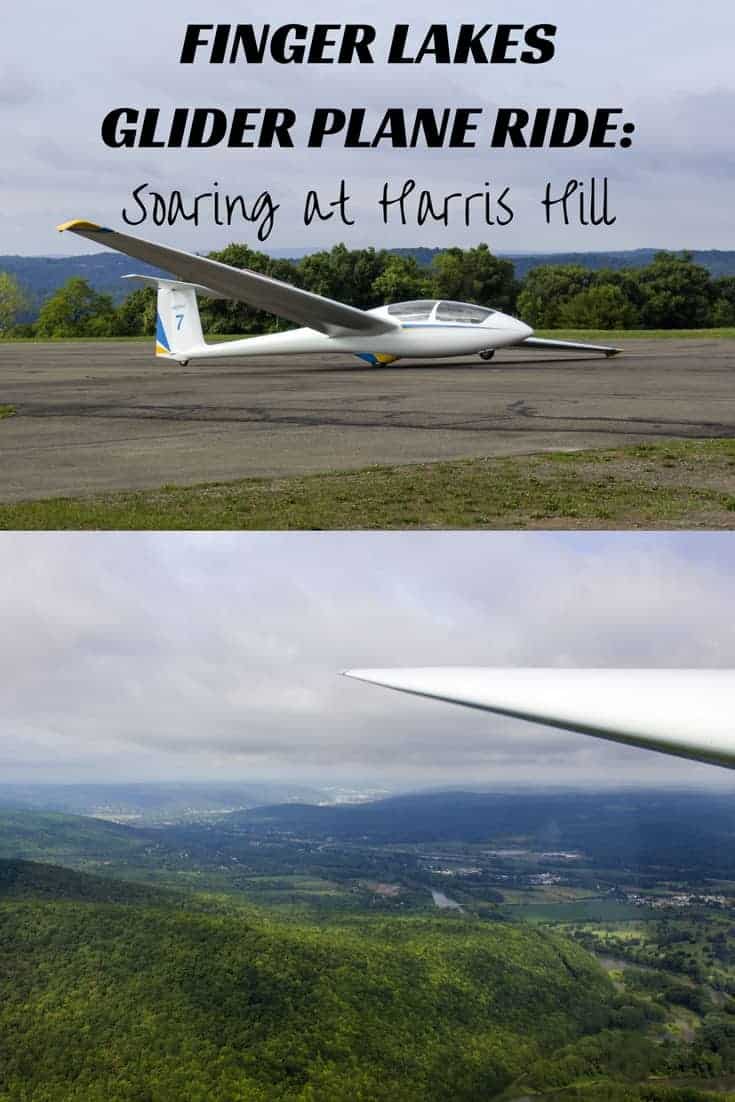 Thanks so much to Steuben County and Corning and the Southern Finger Lakes Tourism for inviting us to try a sailplane ride. My opinions, as always, are entirely my own.

Have you ever flown in a glider plane before? Would you like to try it?