One week later, and we’re ready to hike some more! This time, I have recruited a third person to join in on the fun – my sister, Robyn! She’s the one in the middle in the above photo. Shannon, Robyn and I all started where Shannon and I left off one week prior. To some, it might appear to be a dead-end road in the middle of nowhere. Well, it kind of is a dead-end road in the middle of nowhere. But, it also happens to be a point where you can link up directly with the Bruce Trail. Technically, the stretch of trail extends between Niagara-on-the-Lake and Niagara Falls, heading towards St. Catharines, Ontario.

To summarize really quickly, my goal is to hike the entire Bruce Trail throughout Ontario, Canada. It extends from north to south, spanning almost 900km in length. To get all caught up on my Bruce Trail hikes, please read about the first two forest walks! According to the Bruce Trail guide, we are on Map 02: St. Catharines (Niagara Club). Here’s a map of where we walked: We end up hiking that path twice in actuality – one way there, and one way back to the car. It ended up being about 12km in total length for the day.

Our journey began when we immediately hiked in the wrong direction. Yes, we started walking down a farmer’s field that had a huge sign reading, “No trespassing!”. Oops. And the only way we figured that we were going the wrong way was when we saw someone jogging on the other side of the fence. It was a big, “Ohhhh…this makes sense” type of moment, so we backtracked and got onto the actual Bruce Trail path. Today was much chillier outside than last week. We have had some crazy weather patterns this summer. For instance, you may recall that on our hike last week, I was wearing shorts and a tank top. And this week, I’m wearing jeans and a jacket. It was breezy, cool, and it even rained a little bit at the end of the hike. However, I thought the weather conditions were optimal: not too hot out, but not too cold; and nice enough at most times to wear a sweater without a coat. The trees were only starting to change colour, just as they were last week. We saw some splashes of yellow and red leaves, but the trees were mostly green. There were plenty of leaves on the ground. Fall is on its way. 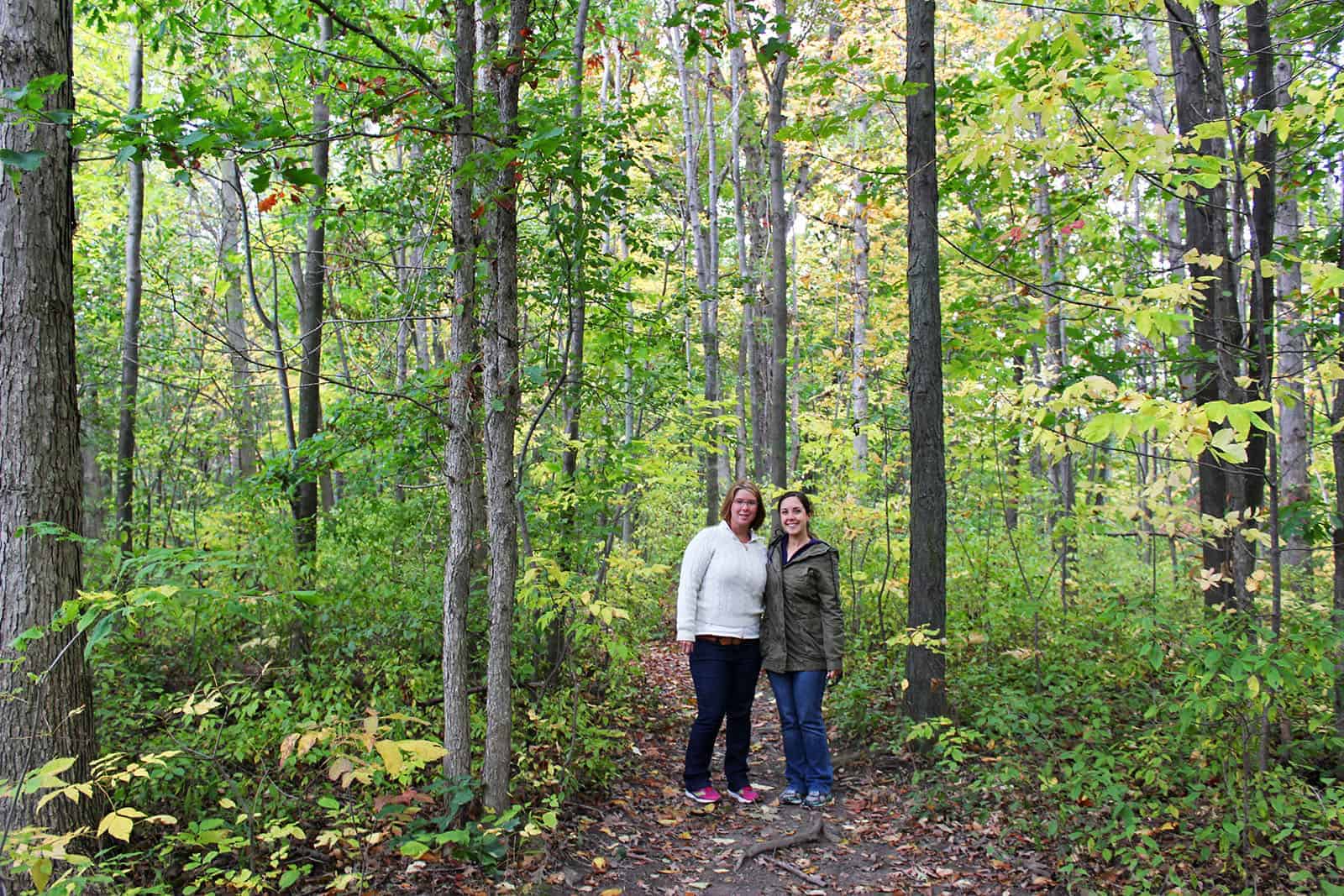 In this spot, there were some “stairs” created with some wooden boards down the hill. This was really helpful. There were less steep places that didn’t have steps that became a little bit slippery as the ground was moist. Note to self: get hiking boots. We continued along the path until we came to a clearing and reached a bridge. The bridge actually crossed over top of a main highway, the Queen Elizabeth Way (QEW). The bridge was built by the Bruce Trail Conservancy and the Government in order to link up the trail. Before the bridge, I have no idea how people must have crossed to the other side! 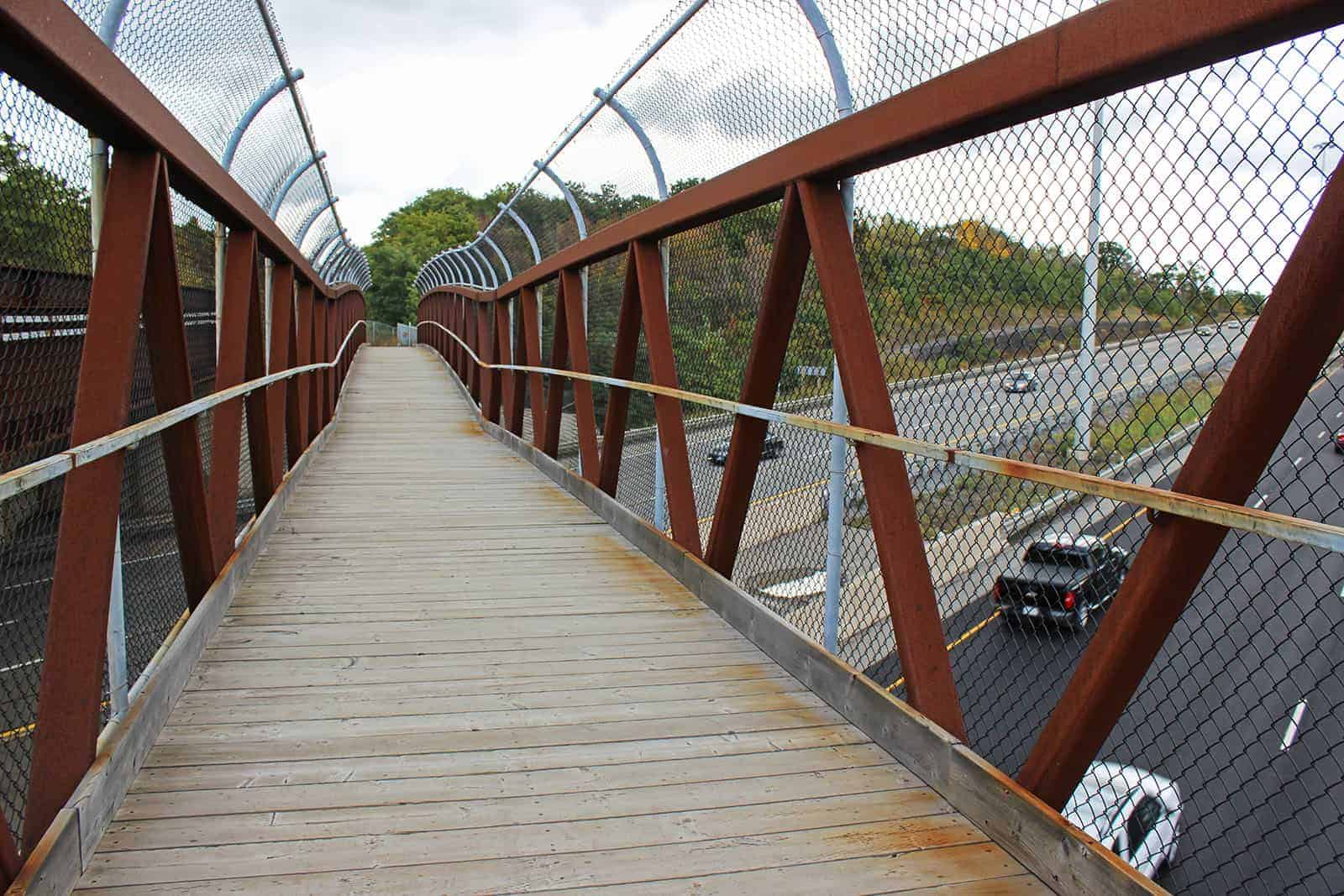 We continued on our way until we reached one of the highlights of our hike: The Screaming Tunnel. The Screaming Tunnel is a small, limestone tunnel constructed in the early 1990s that runs beneath some railroad tracks. It was constructed as a drainage tunnel to remove water from the surrounding farmlands, and the farmers would walk through the tunnel to get beyond the railroad tracks. Legend has it that the tunnel is haunted by the ghost of a young girl. Back in the day, there was a fire in a nearby barn and a young girl with her clothes ablaze died within the tunnel. There is another version of the story where the young girl is set on fire by her angry father after he loses custody of his children. Apparently if you light a match at the stroke of midnight in the tunnel, you will hear the young girl’s dying screams.

Thankfully, we weren’t there at midnight and couldn’t test this theory! I wouldn’t say that I am the type that believes in ghosts haunting people,but I do still get scared quite easily by my own imagination running wild. The tunnel was quite haunting and atmospheric.

Another interesting fact: the Screaming Tunnel was used in the 1983 David Cronenberg film, The Dead Zone (adapted from the Stephen King novel). You can actually see the tunnel in the movie trailer for the film – skip ahead to the 1:12 mark! 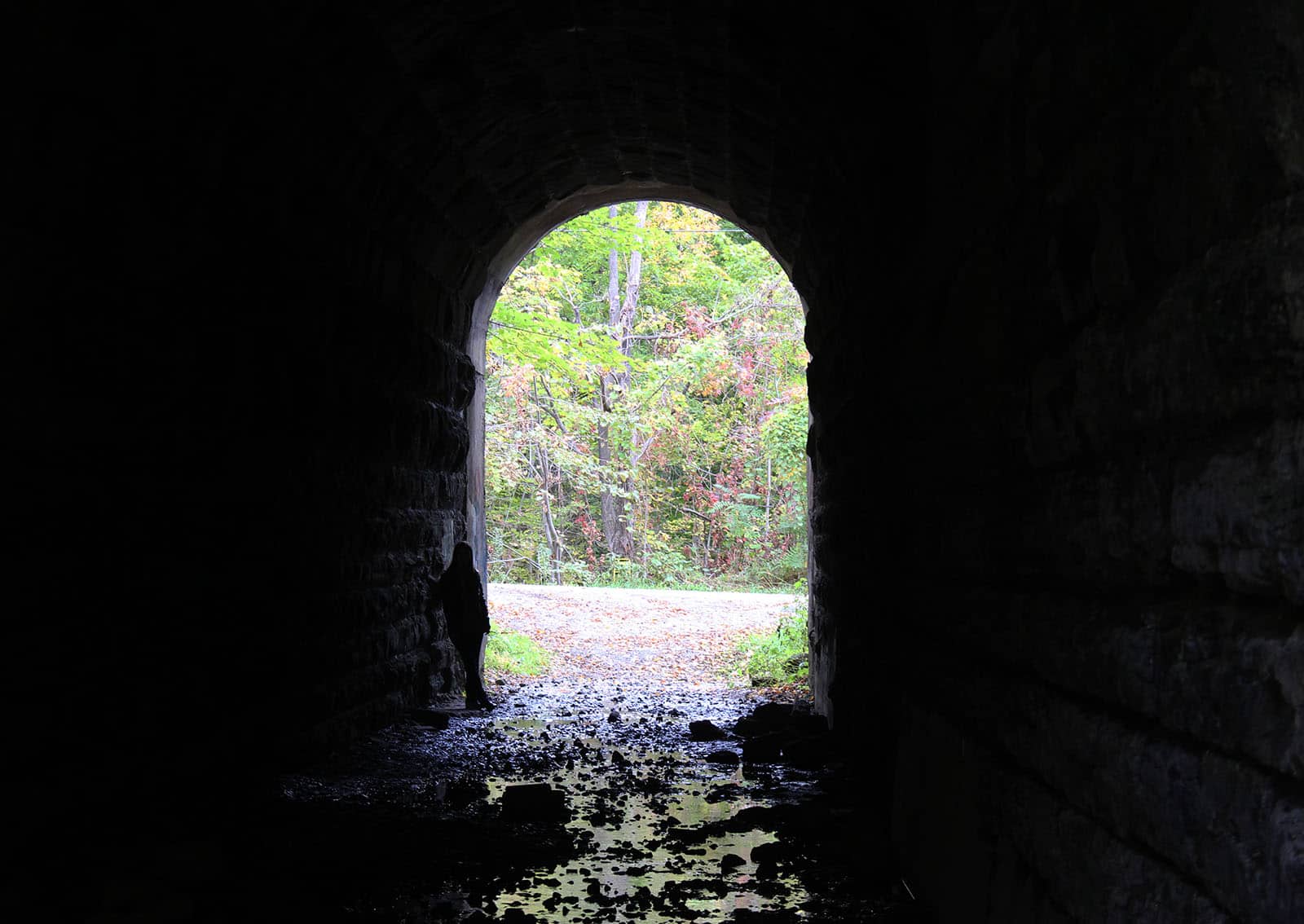 Once we were beyond the tunnel, we were at a quiet street in the middle of the country. Being in Niagara-on-the-Lake, there were typical types of farms with farm animals and country fields, but there were also vineyards. We were in the heart of wine country in the Niagara Region. We were treated to views of grapes growing on the vine as we walked past. There was also a very interesting sight that I’d never seen before…a shoe tree. Yes, shoes on the side of a tree. Why were they there? Whose shoes were they? I’m sure we will never know… After walking down Warner Road for a little over a kilometre, we headed back into the forest leading into Woodend Conservation Area. There were numerous side trails that split off from the main trail, but we kept following the white trail markers on the trees. We enjoyed gorgeous views of the forest and surrounding rock formations of the escarpment. The trees here were still mostly green and should start to change colour soon. 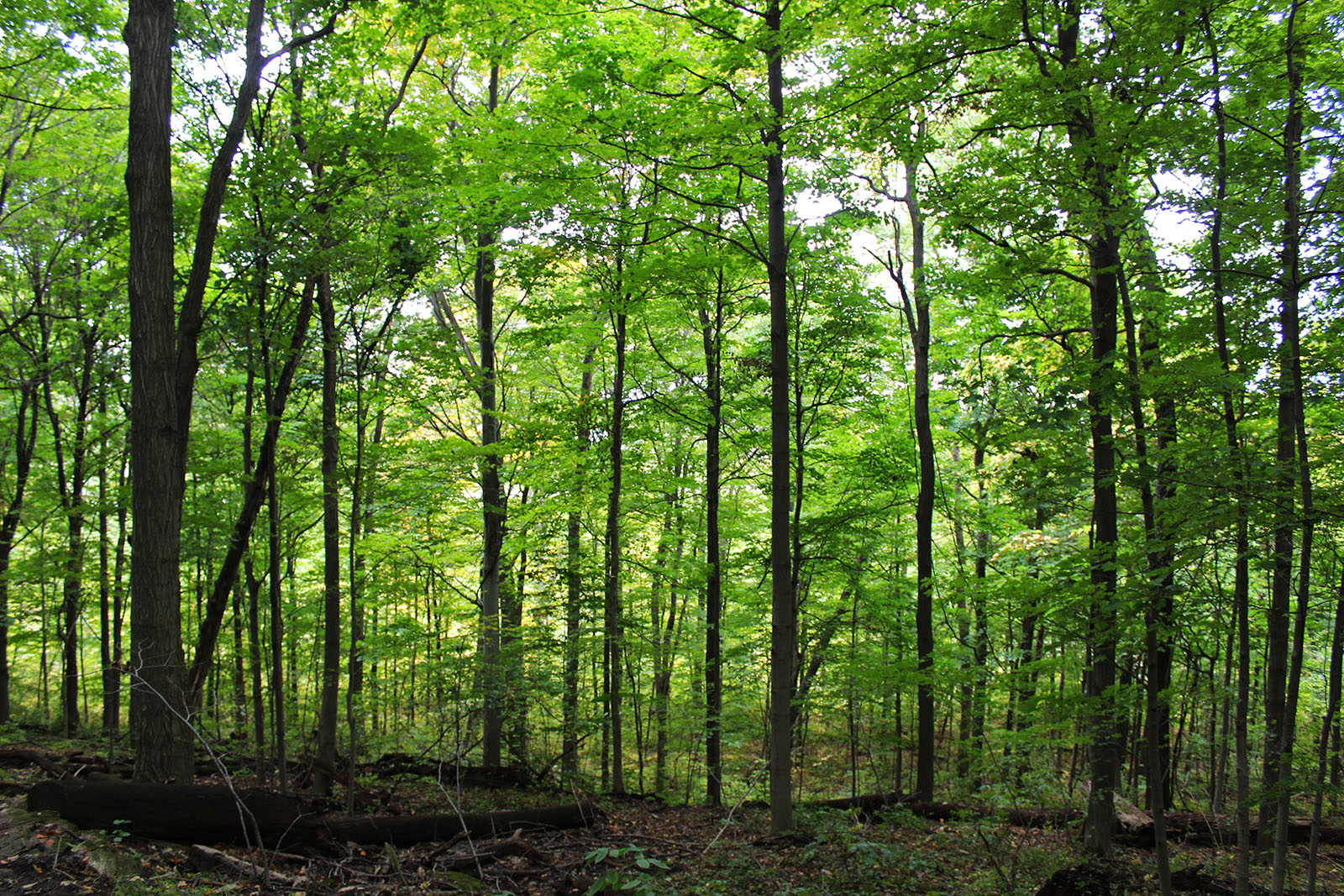 And there’s Robyn and Shannon at the end of our hike. This is the spot where we’ll start our next hike!

After a long afternoon of hiking, we were starving. We drove a short distance away to a local pub, the Merchant Ale House. Justin and I have been there before together, and you can read all about it in a past article. It is a microbrewery where they brew their own beer, and there are lots of vegan selections on the menu (which is rather rare for a pub!). We ordered some samplings of beer, “meatless wings”, and I ordered a soy chicken quesadilla with vegan cheese that was delicious! I highly recommend checking the restaurant out if you’re in the St. Catharines area. Plus, they have lots of live music there on the weekends! Have you visited any haunted places before?