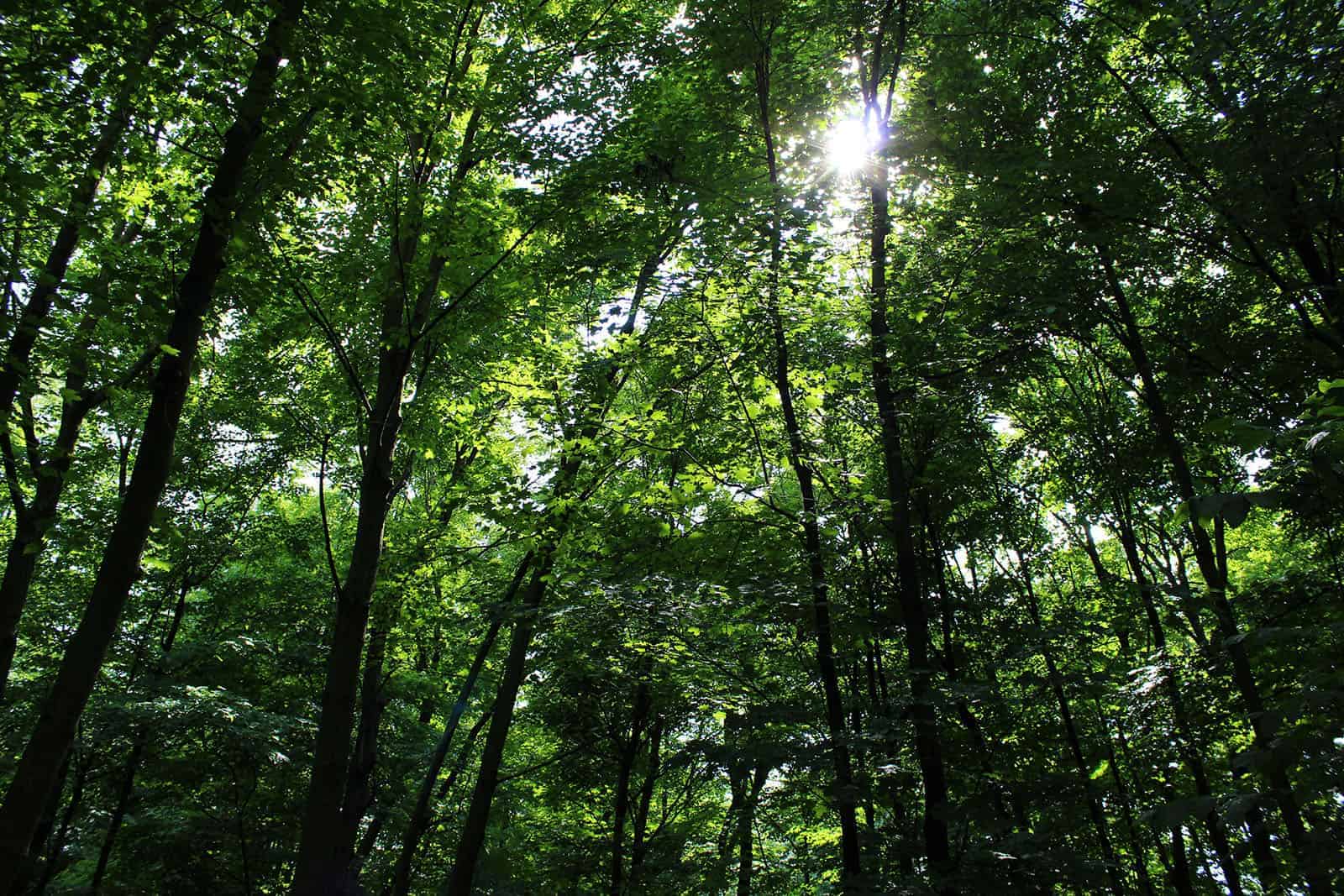 This blog post follows a series of Bruce Trail Hikes as I attempt to hike the entire Bruce Trail, 900km of preserved trail paths in Southern Ontario, Canada.
To catch up on my past hikes and adventures, please check out my Bruce Trail Hiking Page.

The first time that Shannon and I attempted to pick up where we left off on our Bruce Trail hikes from last fall, we ran into a few problems. The hike seemingly began with no difficulties. I parked the car at Woodend Conservation Area where we ended our last hike, point 15.2 on the Bruce Trail Hiking Guide, Map 02 (St. Catharines). We crossed Taylor Rd. and found the hiking path, which is always marked by a white trail mark. 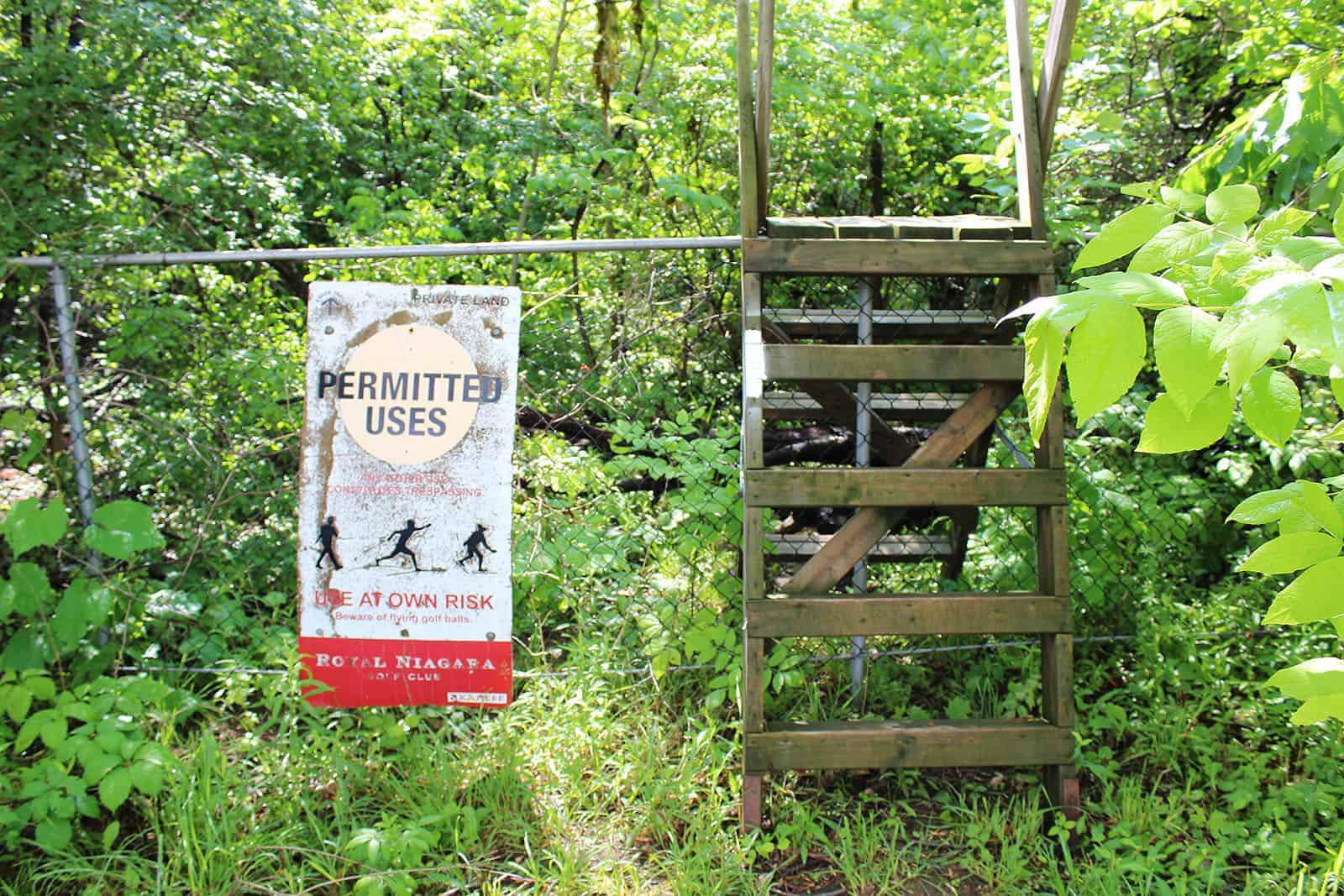 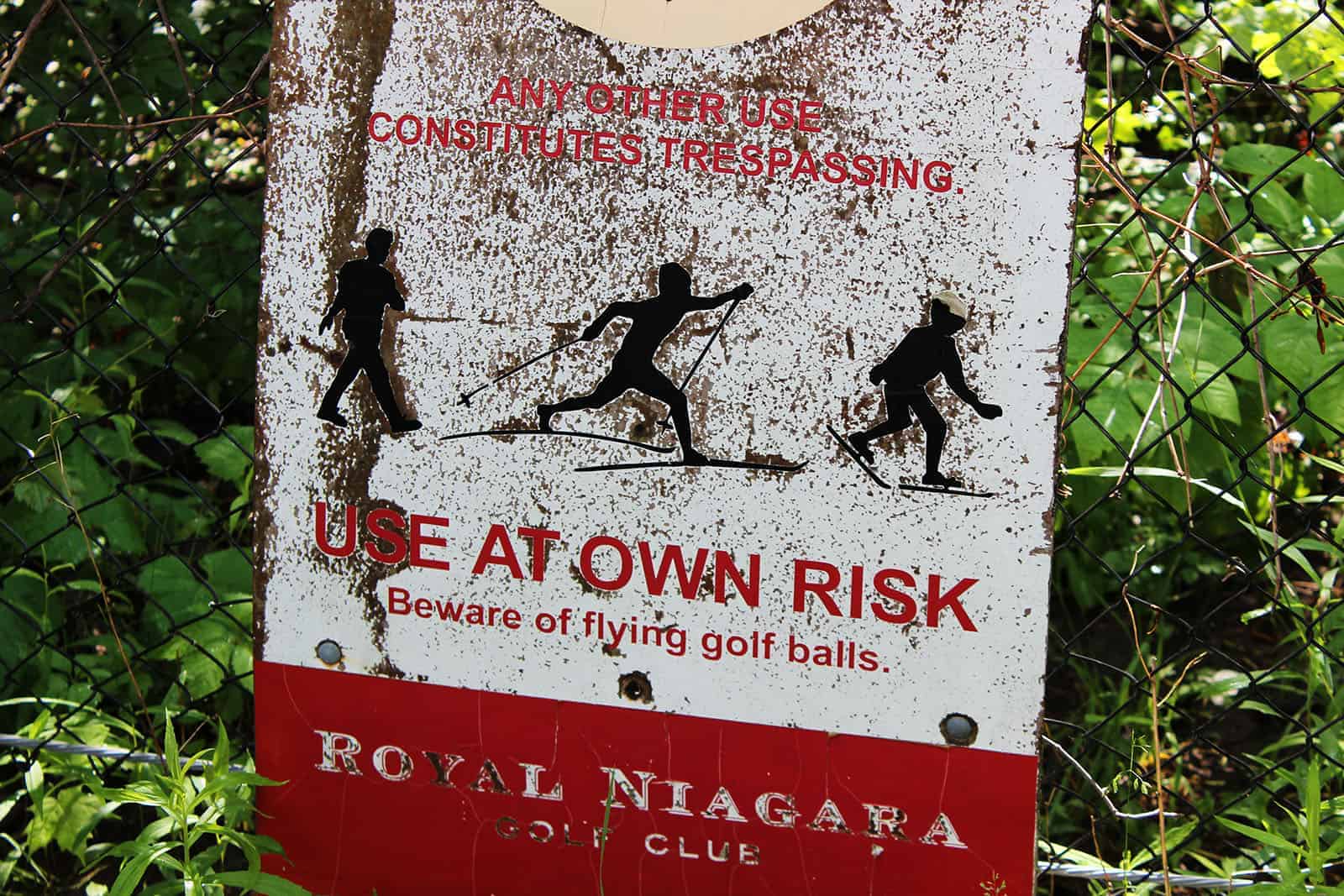 “Beware of flying golf balls.” Hmm. I figured there must be some sort of nearby golf course. We climbed over the little wooden staircase and began walking along the pathway through the forest. 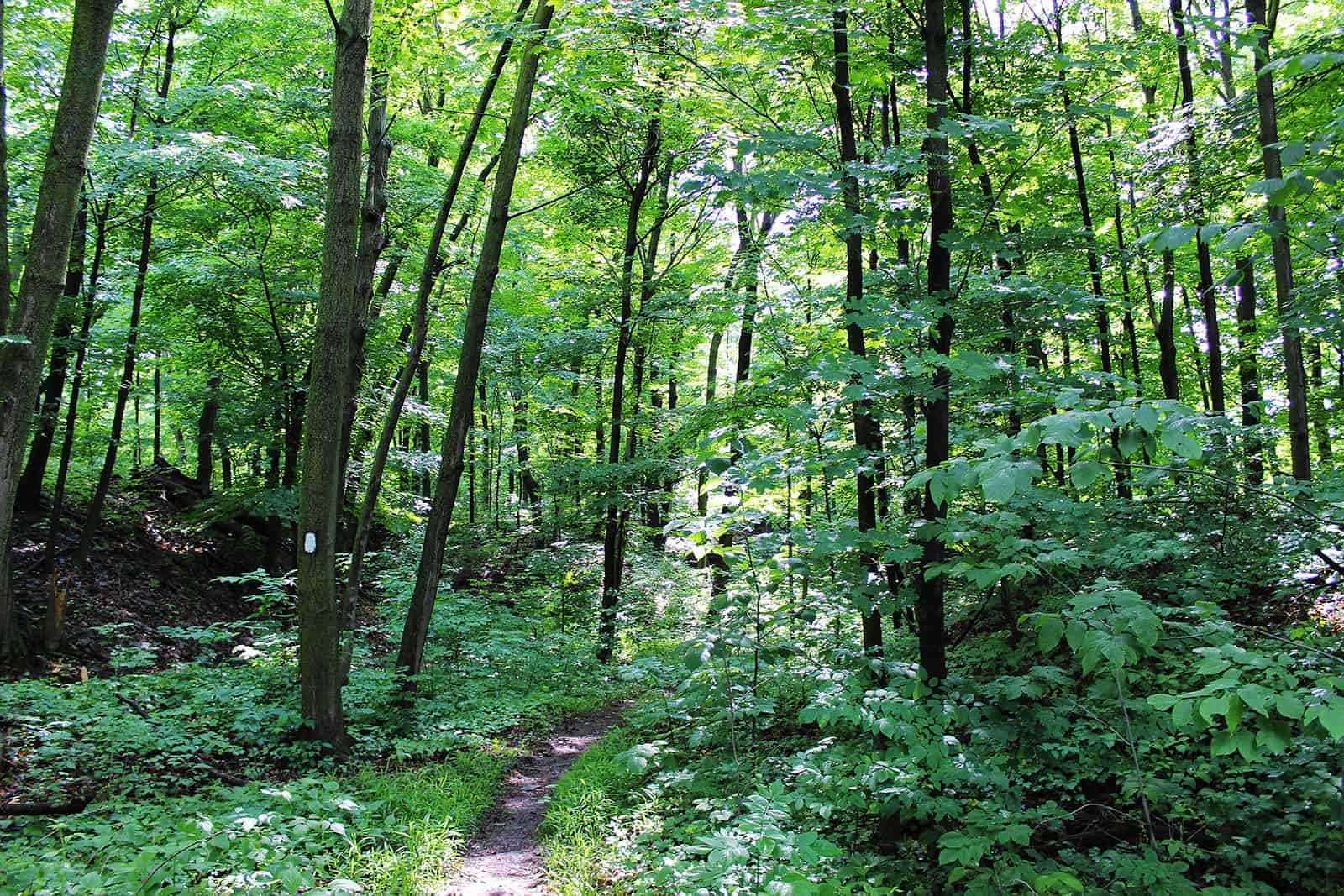 Before long, we came to a clearing. Yes, it was a golf course! 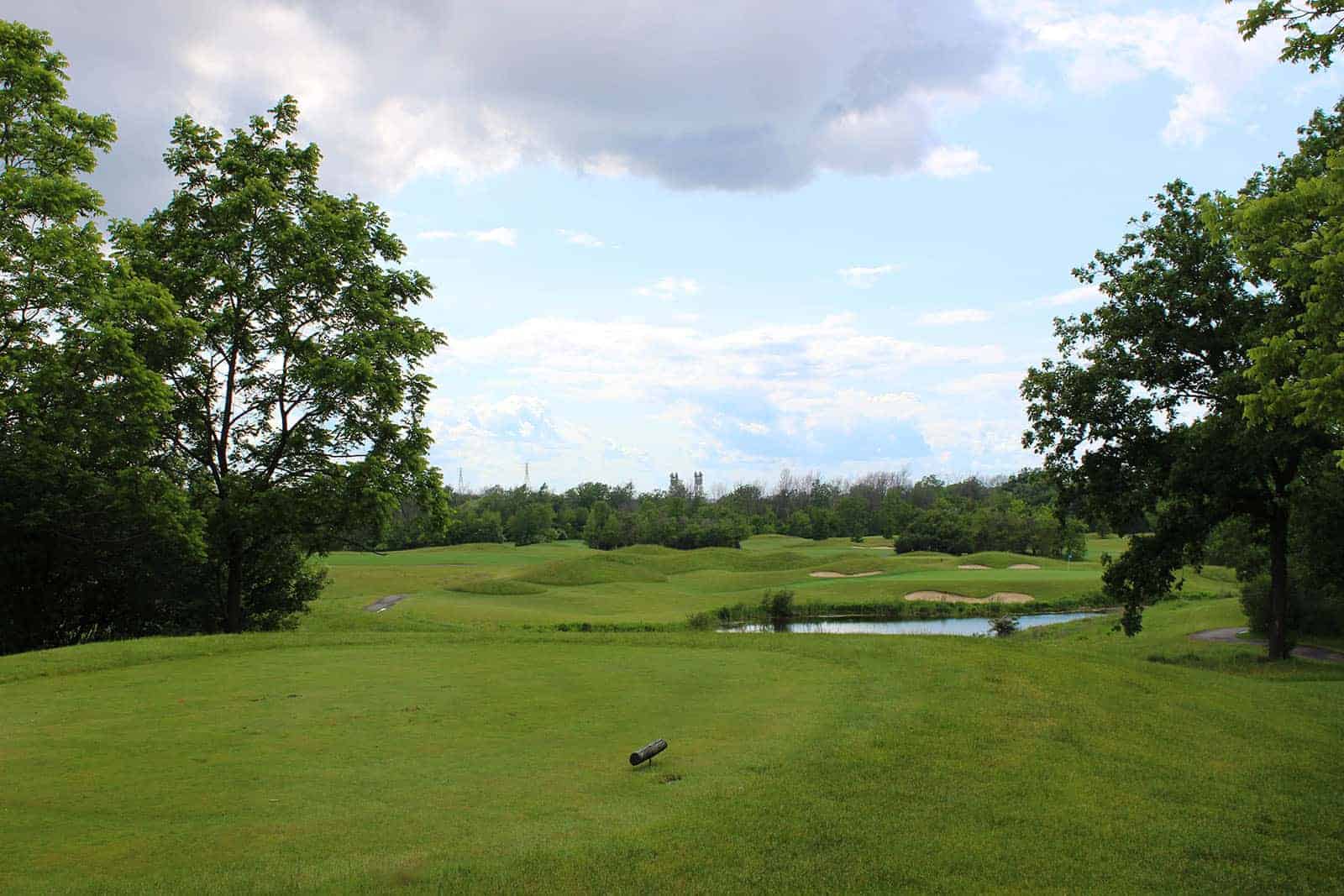 We walked along a paved walkway until we saw the white trail markers leading us down a path. A very, very muddy path. It had rained fairly recently and while we thought that it wouldn’t be muddy…we were wrong. 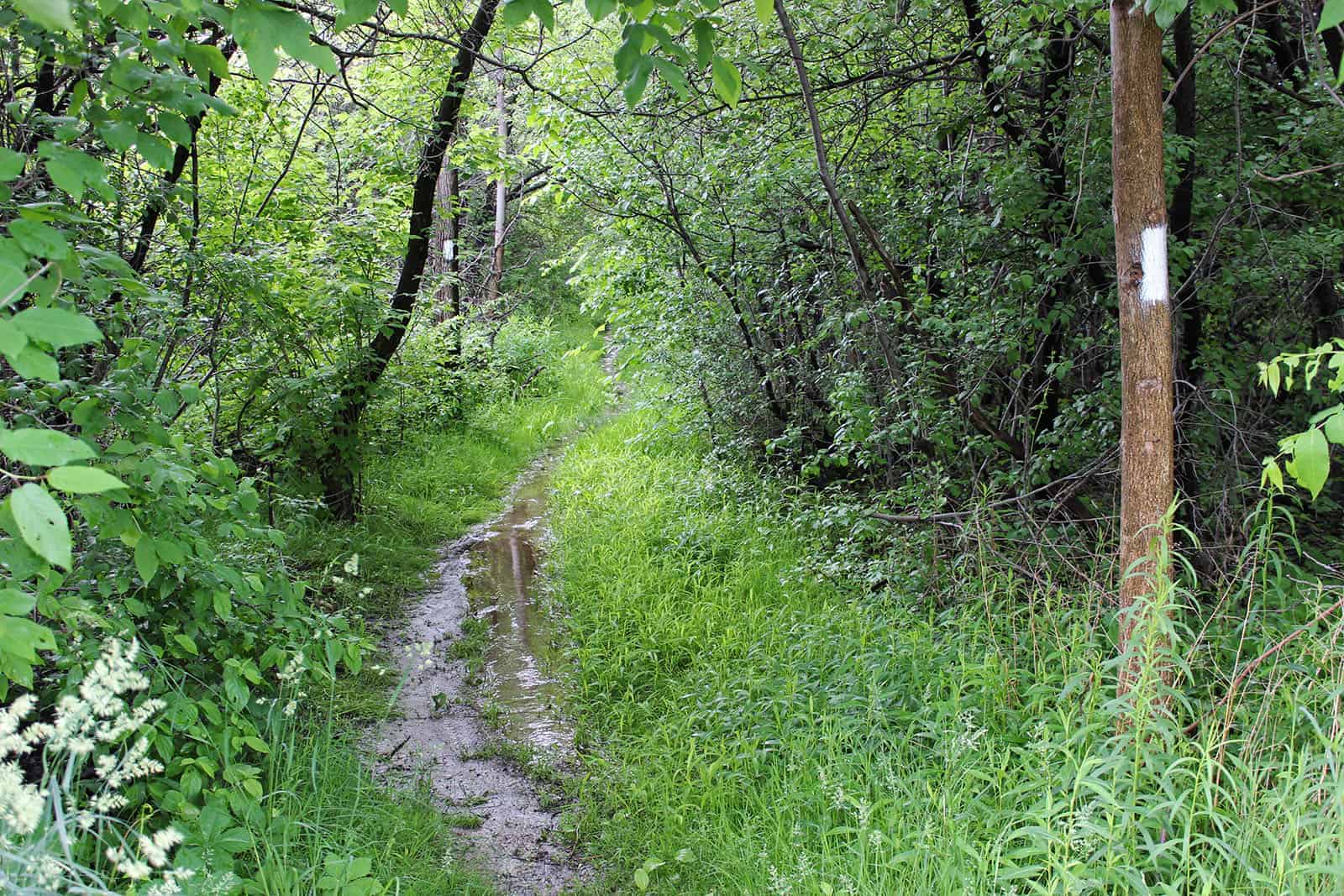 We attempted to walk through one section of the muddy path, but we were ill-prepared. My running shoes were caked in mud and my socks were soaking wet. When we arrived at another section of paved path, a man in a golf cart drove past. He asked, “Are you hiking the white trail?” We nodded. “Well,” he started, “Be careful out there. It’s a bad year for ticks.” Ticks?! Parts of my lower legs were exposed, and there was no way I wanted any ticks on me. Another issue was the mosquitoes – they were everywhere. And we didn’t bring bug spray. We decided to fully abandon our hike for that day. When I got home, I realized that I had so many mosquito bites all over my shoulders, arms, and neck.

When we returned two weeks later, we made sure that it hadn’t rained ahead of time. I was also armed with bug spray, which we applied heavily before entering the forest. This was our ultimate path for the day: 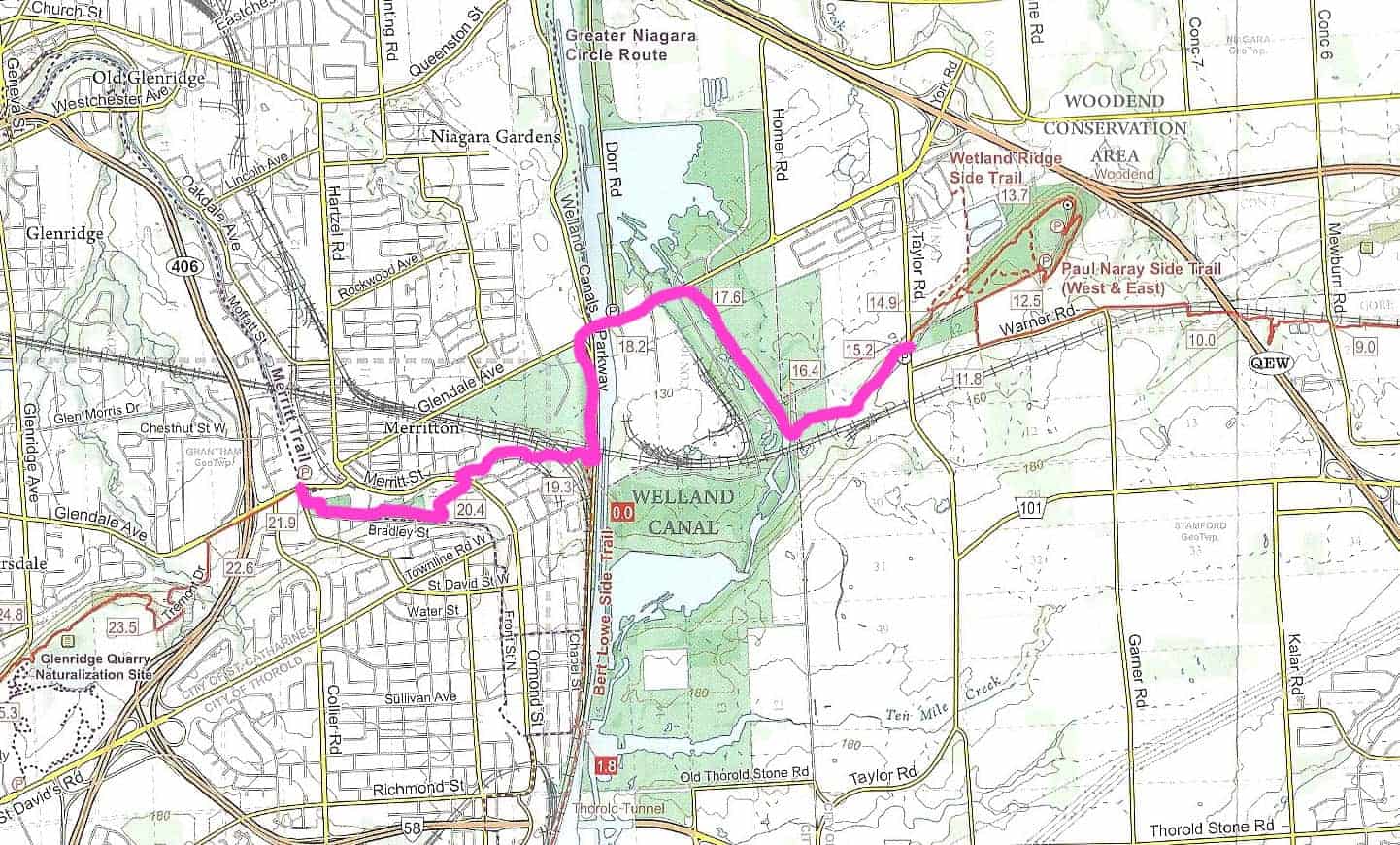 This time around, the ground was dry and it was a perfect day for a hike. The sun was shining and it was warm, but not too hot. We continued our walk far beyond where we ended up the first time around. The path followed along a golf course for the first little while. At one point, we heard the sounds of rushing water and discovered a small river. 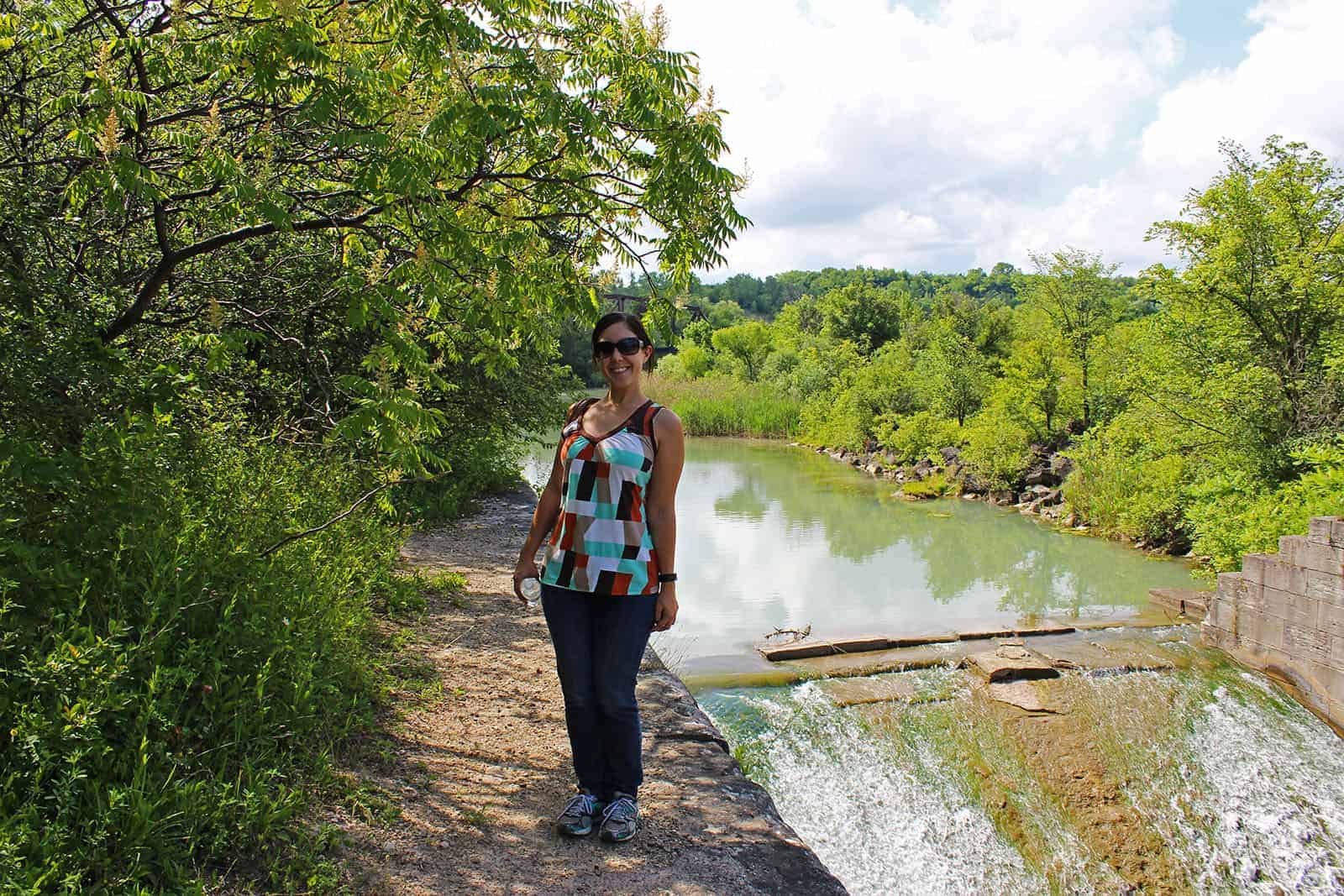 It was the Third Welland Canal, which was used by boats from 1887 to 1931. It is too small for most boats and other canals are now used instead. For this section, the trail was somewhere between the golf course and the canal. At times, the path was quite narrow. We walked in single file for part of the way here. It wasn’t the most scenic view in the world, but definitely not your typical hiking trail! However, it’s all part of the Bruce Trail that runs through the entire southern part of our province, from Niagara to Tobermory, and I’m going to eventually hike the whole darn thing. 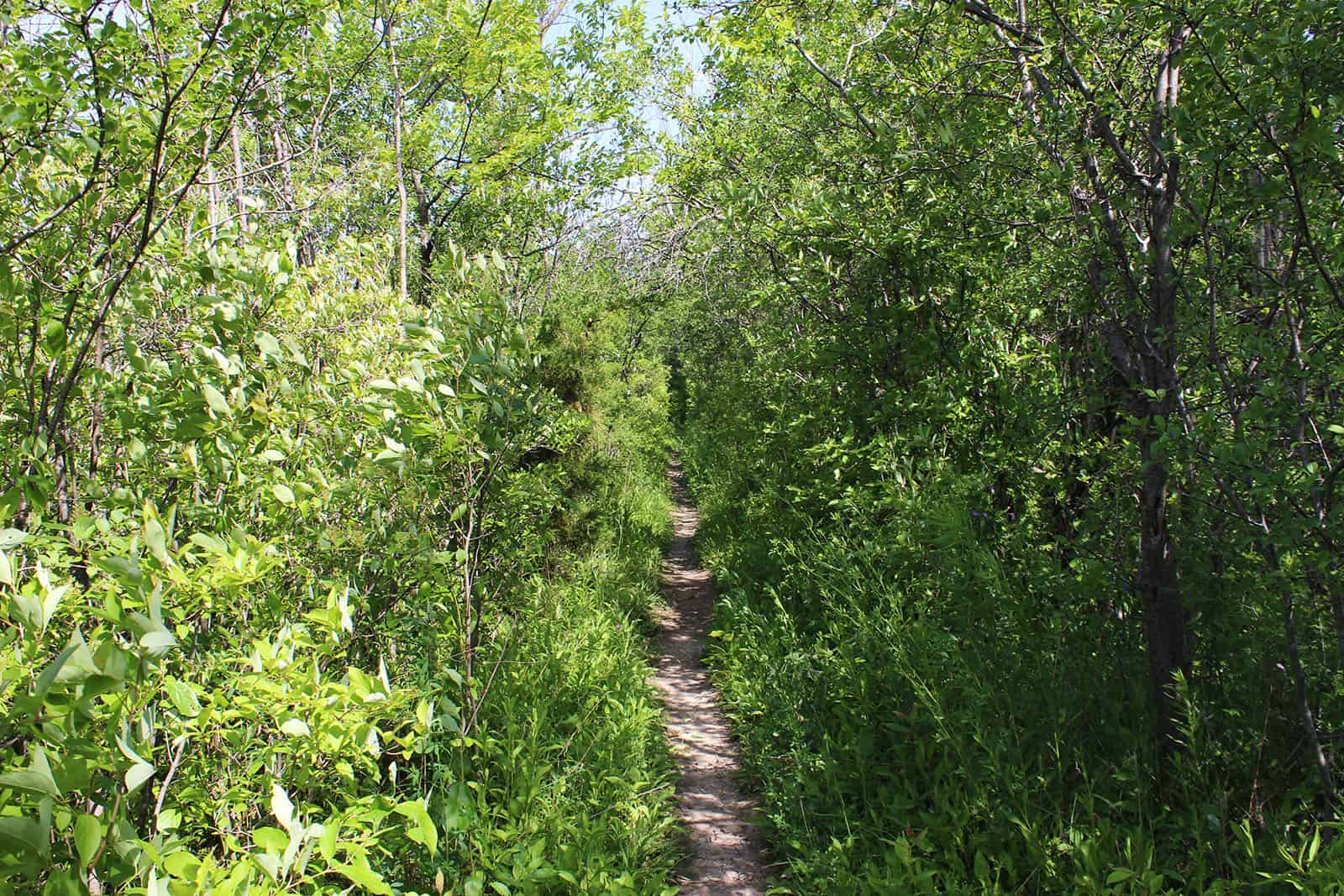 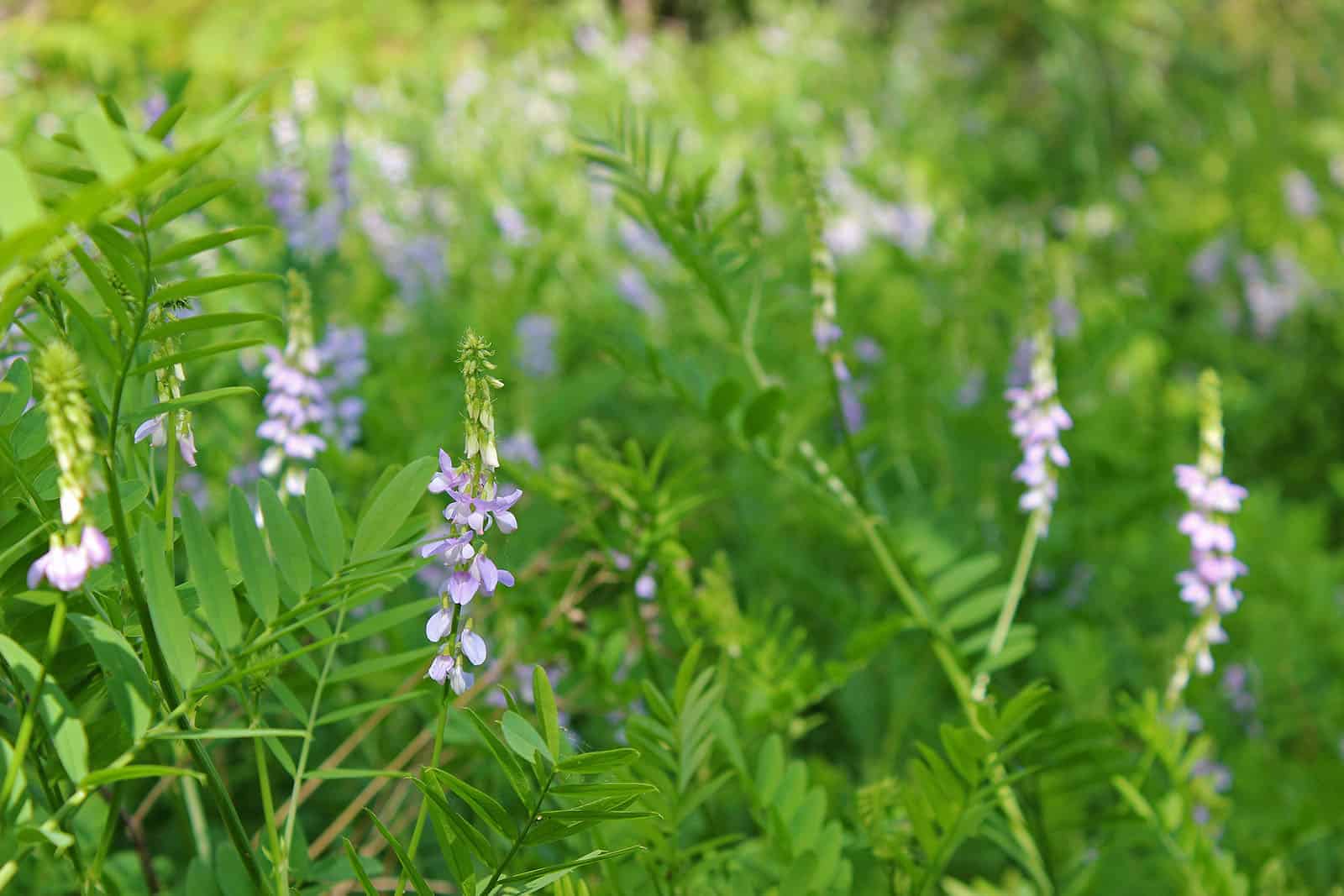 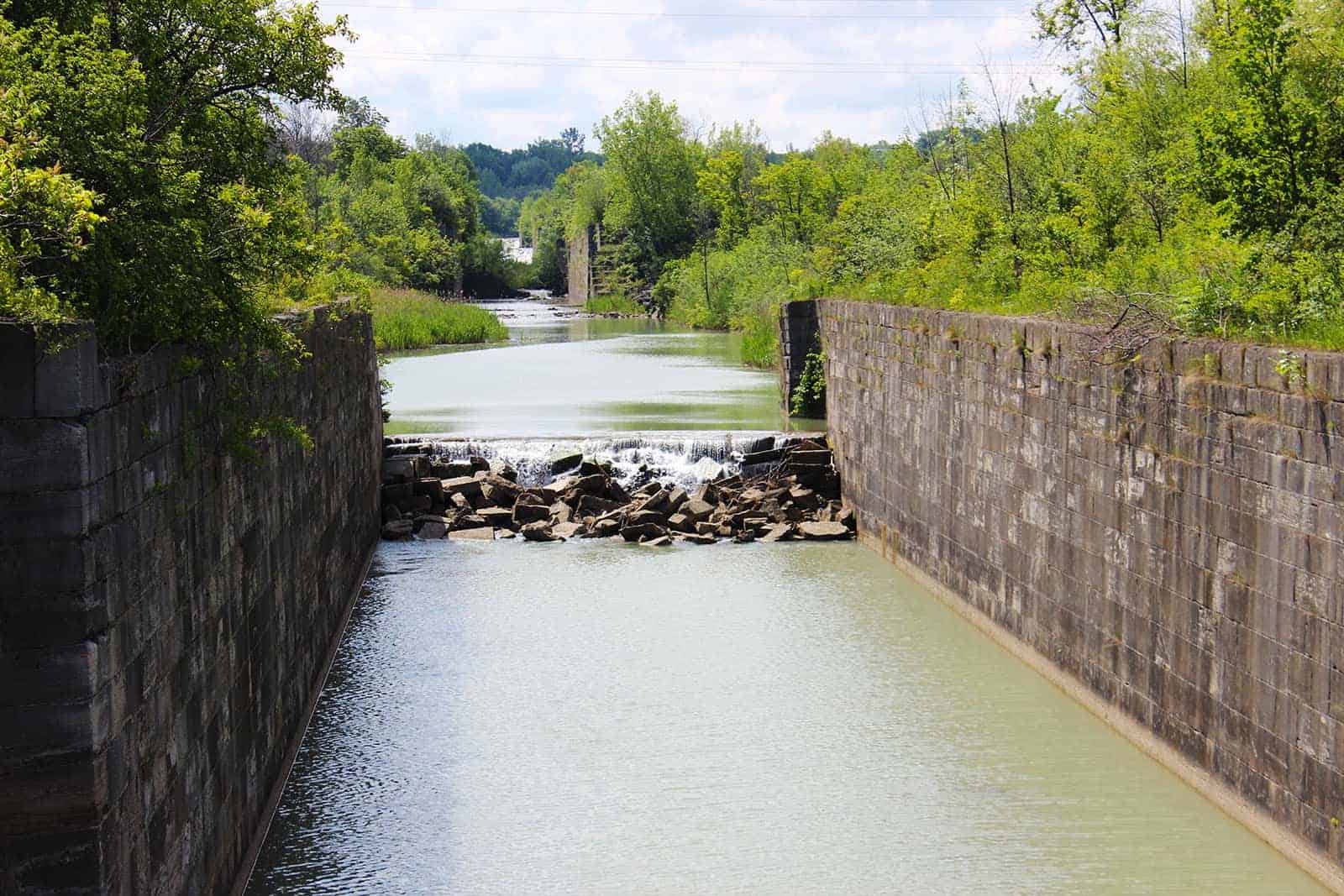 Our trail also followed alongside the Third Welland Canal.

After a couple of kilometres, we were back out at the road and walking away from the golf course. We almost got lost a couple of times as the trail markers were few and far between here. With the help of my trusty Bruce Trail guide and Shannon’s intuitions (mine were lacking that day), we were able to find the right way.

The trail followed part of Glendale Avenue before we reached a lift bridge. It was the Glendale Bridge which crosses over the Fourth Welland Canal, the one that is currently used by ships. There were many Canada Geese with their young swimming around in the water, so we made sure to get a closer look after crossing the bridge. 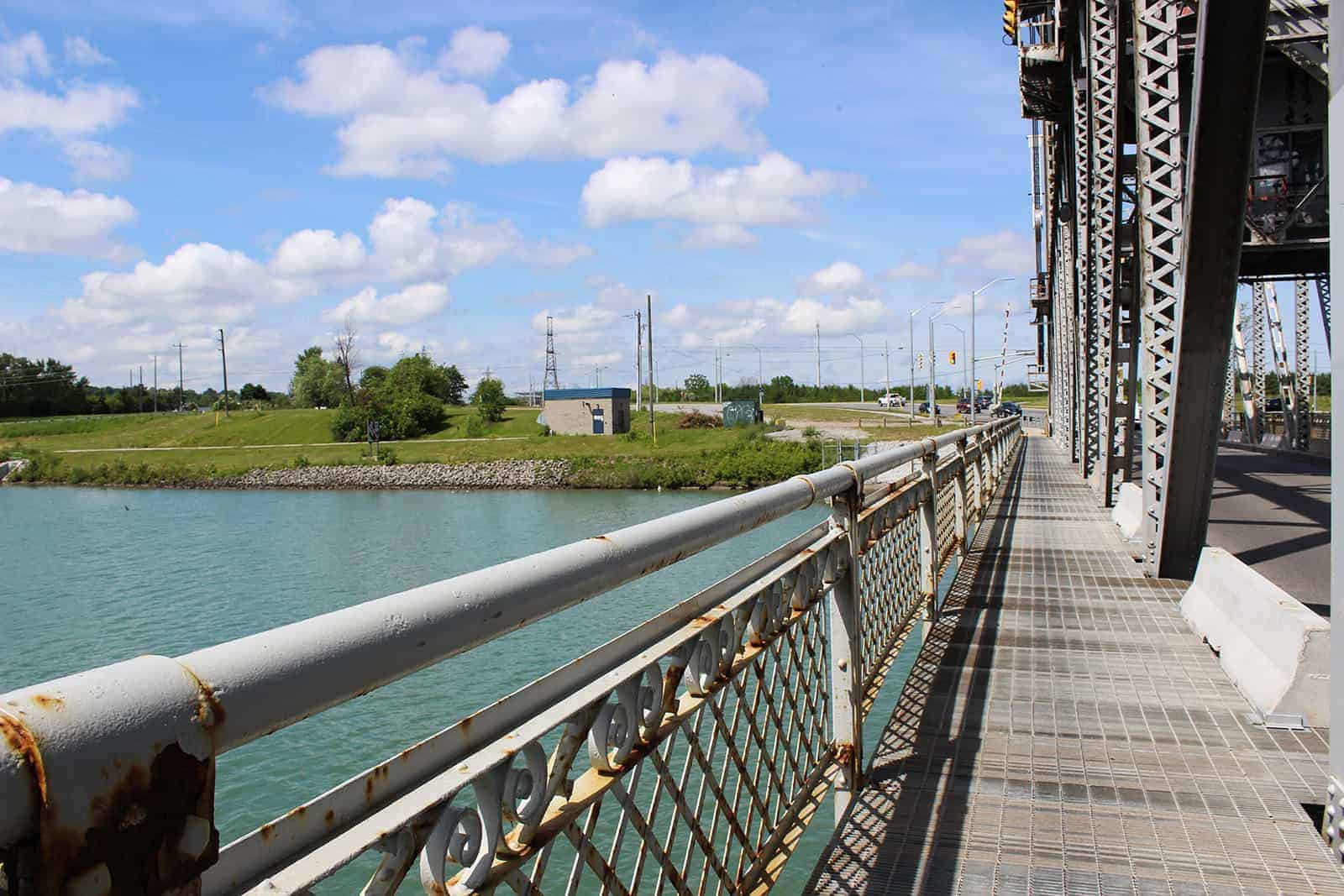 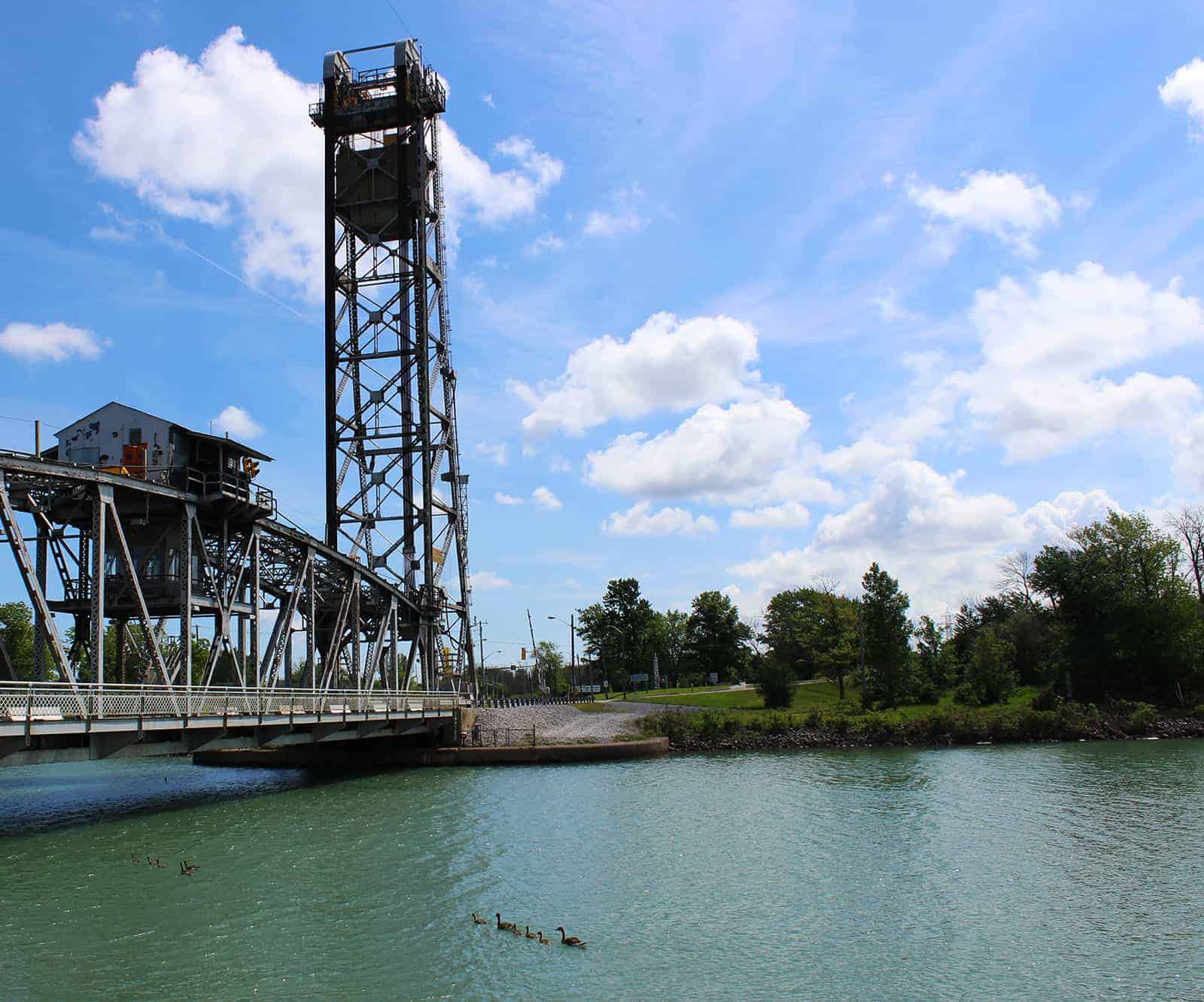 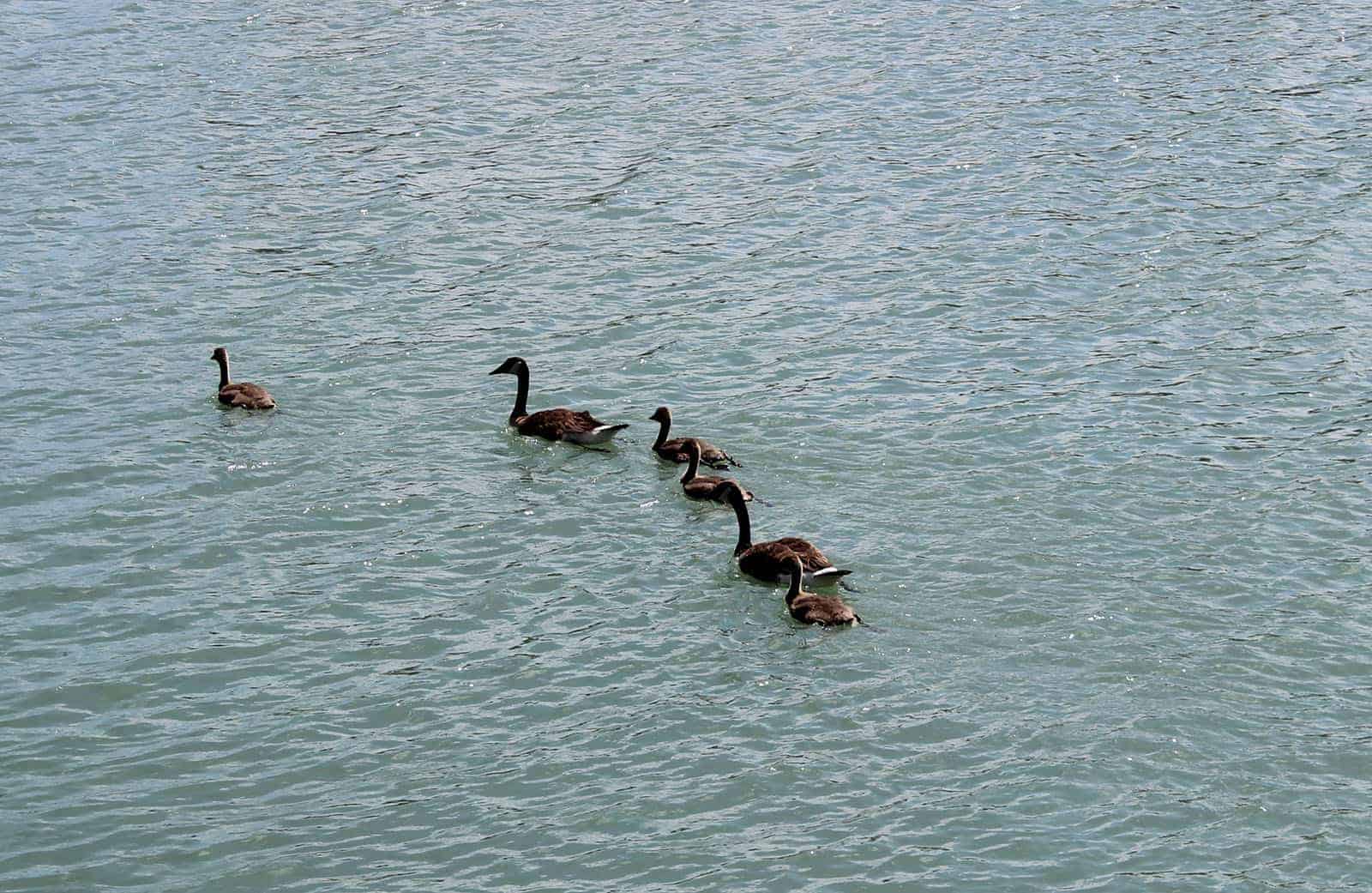 The Bruce Trail meets the Greater Niagara Circle Route (GNCR), a multi-use trail, at the Welland Canal. We saw lots of people walking and riding their bikes around here. The main Bruce Trail path keeps going and leads into some light bush. We crossed some railroad tracks and found a trail marker on the other side. From here, we were able to hike through a forested region. 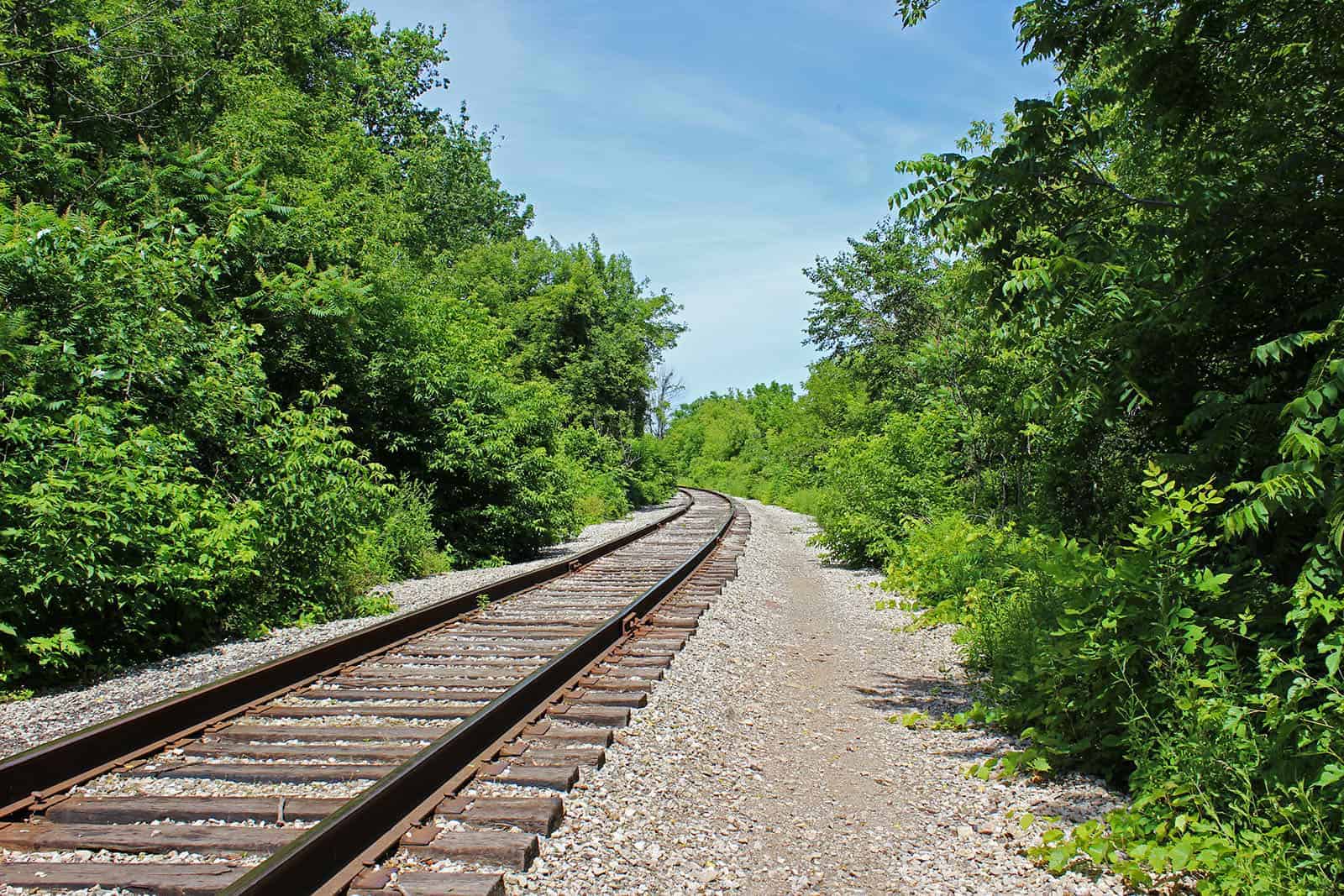 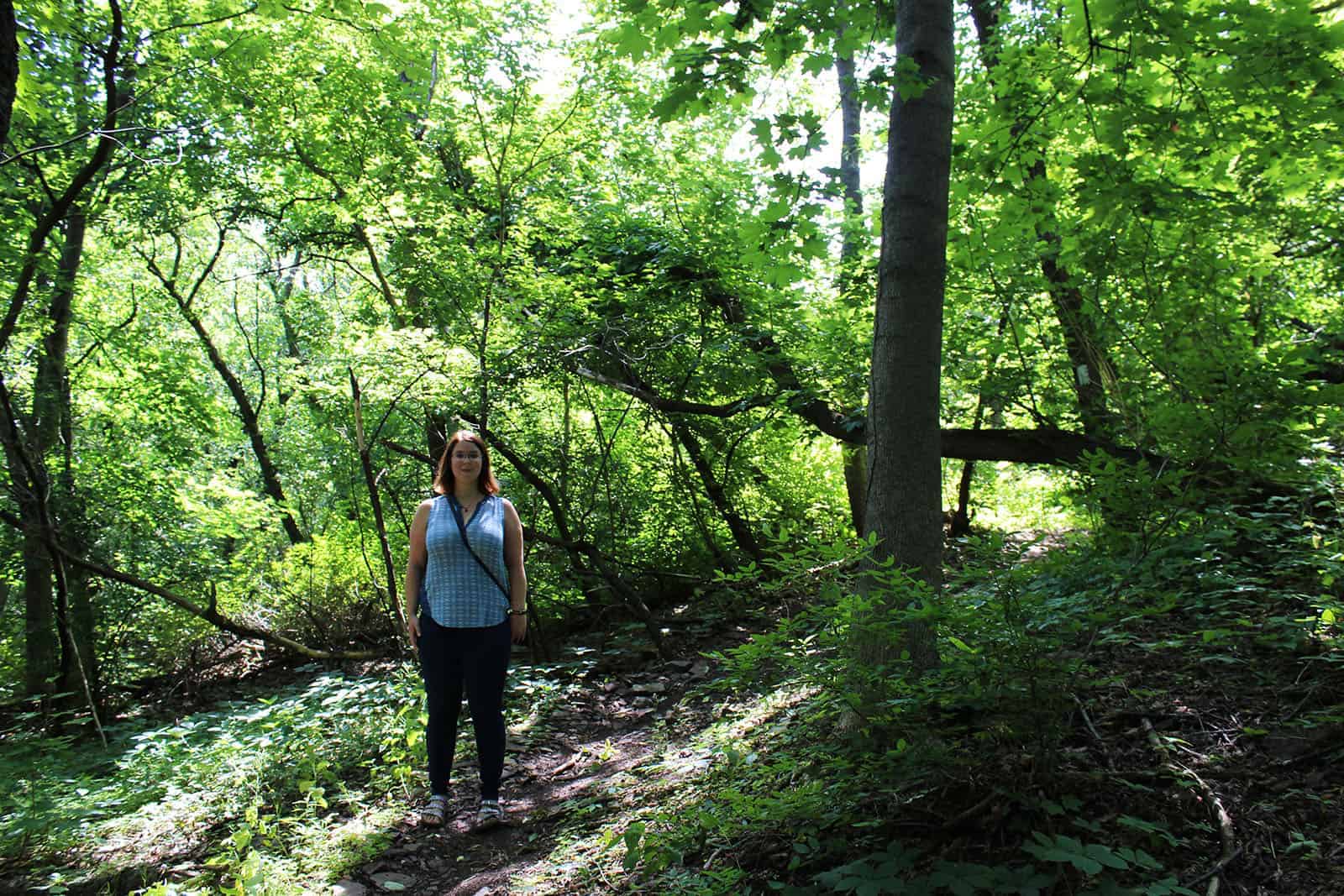 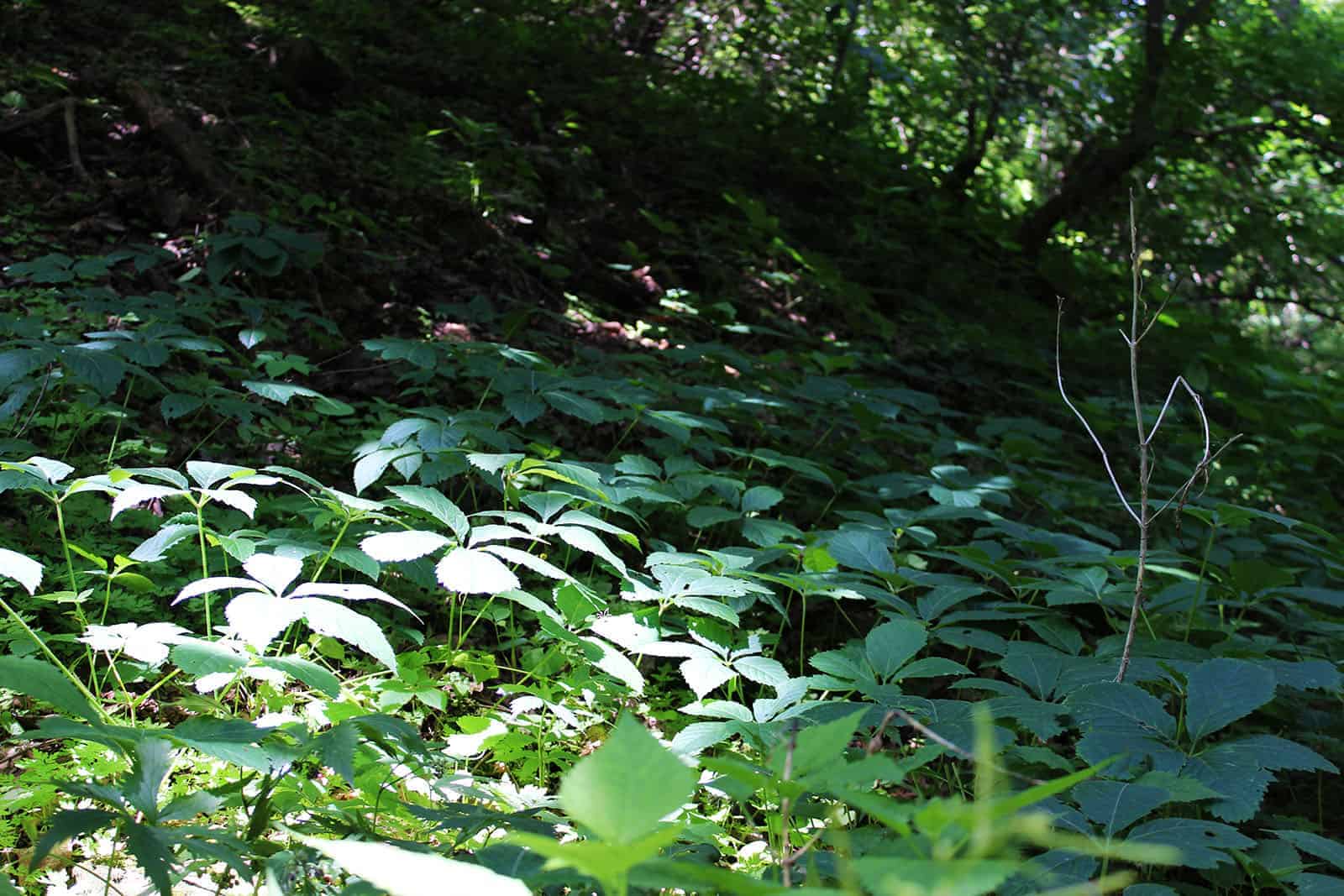 After this stretch of forest, the trail led to a city street that we had to cross. We followed an old chain-link fence for a short while until we reached a steel bridge that crossed over an old section of the canal. 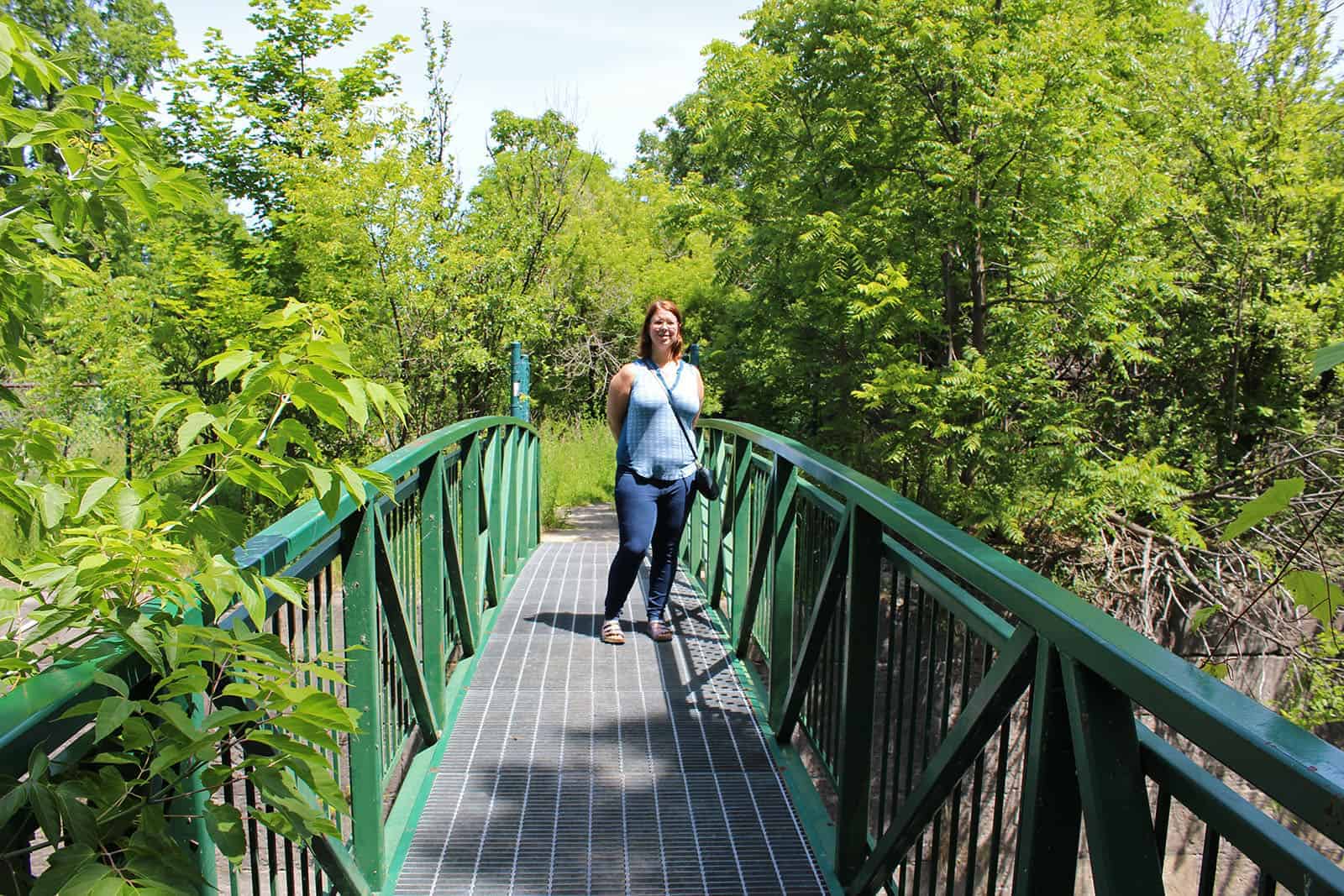 Shannon on the steel bridge over looking an old canal. 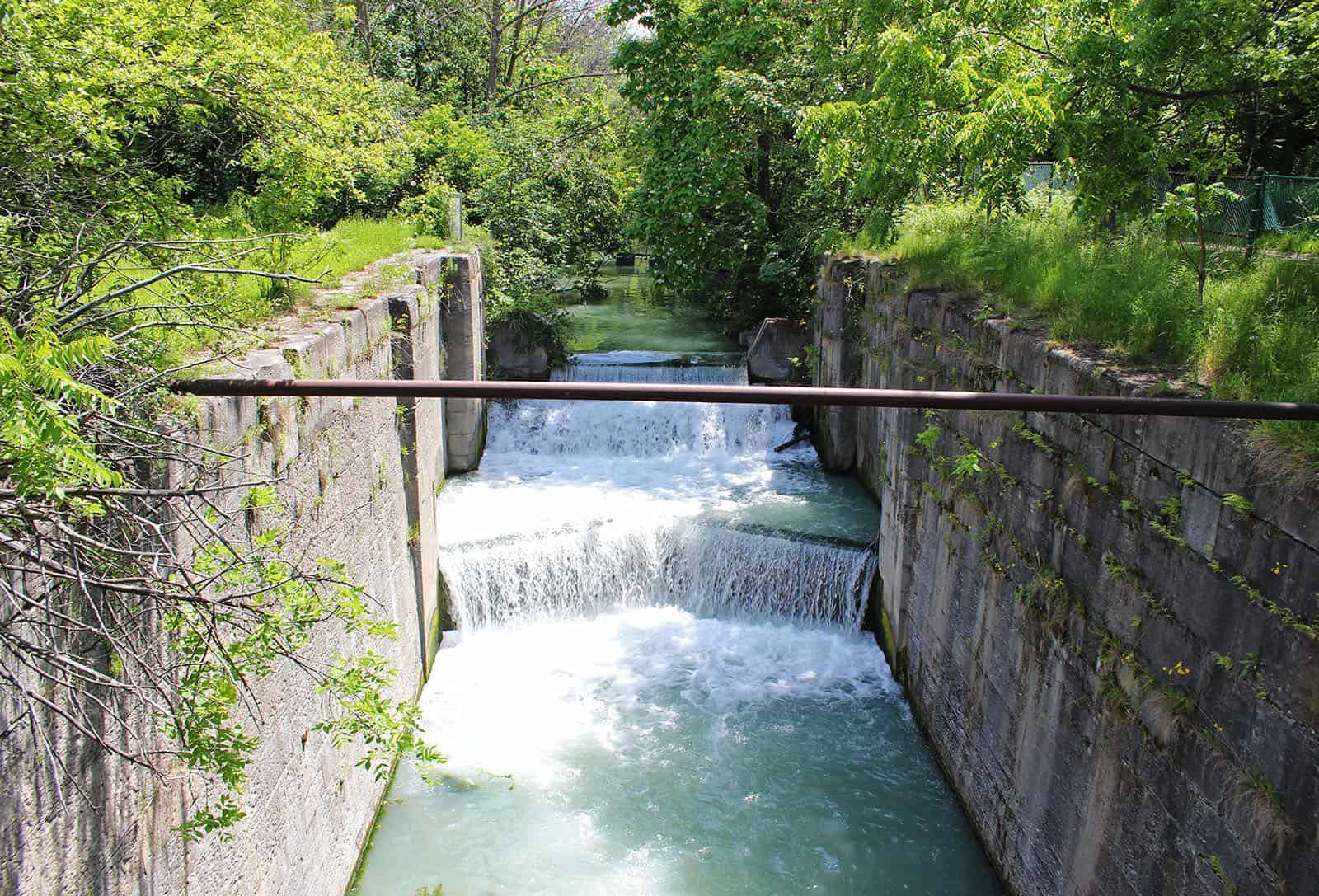 Our trail merged with the Merritt Trail, a paved path that led to Glendale Avenue. It was a great place to stop hiking for the day as there were tons of restaurants around! We rewarded our hiking endeavors by stopping for lunch. And we couldn’t resist ordering some cocktails! 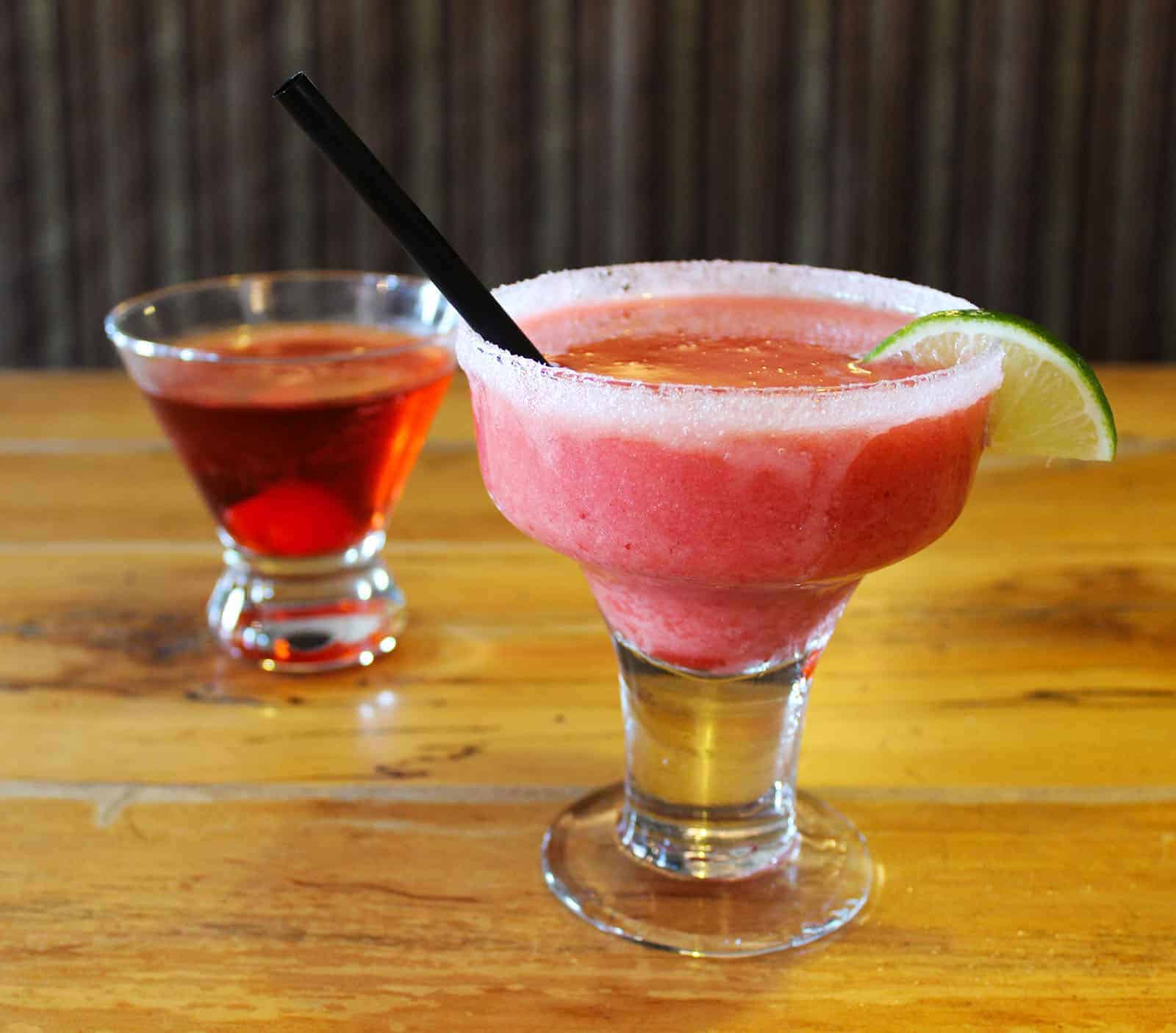 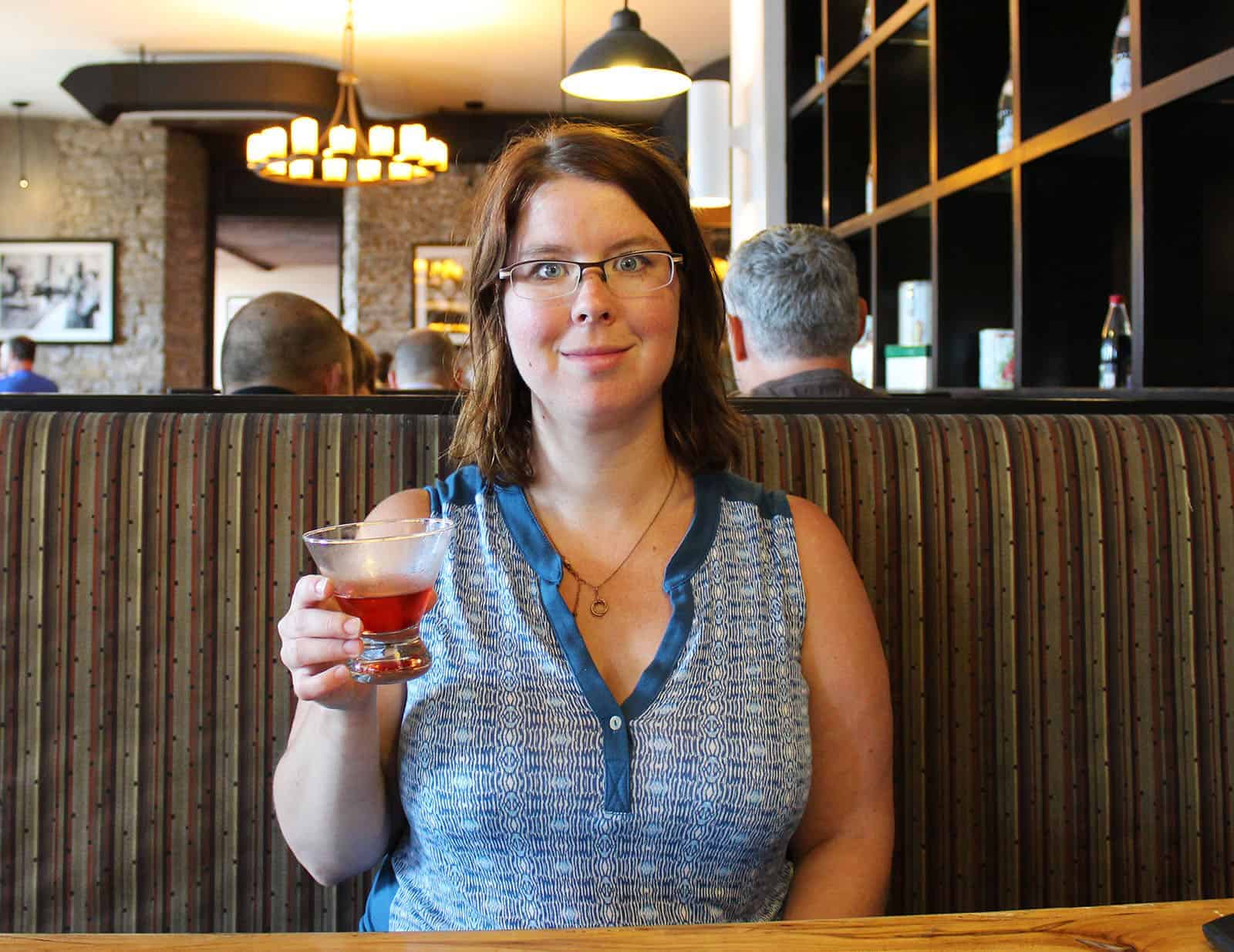 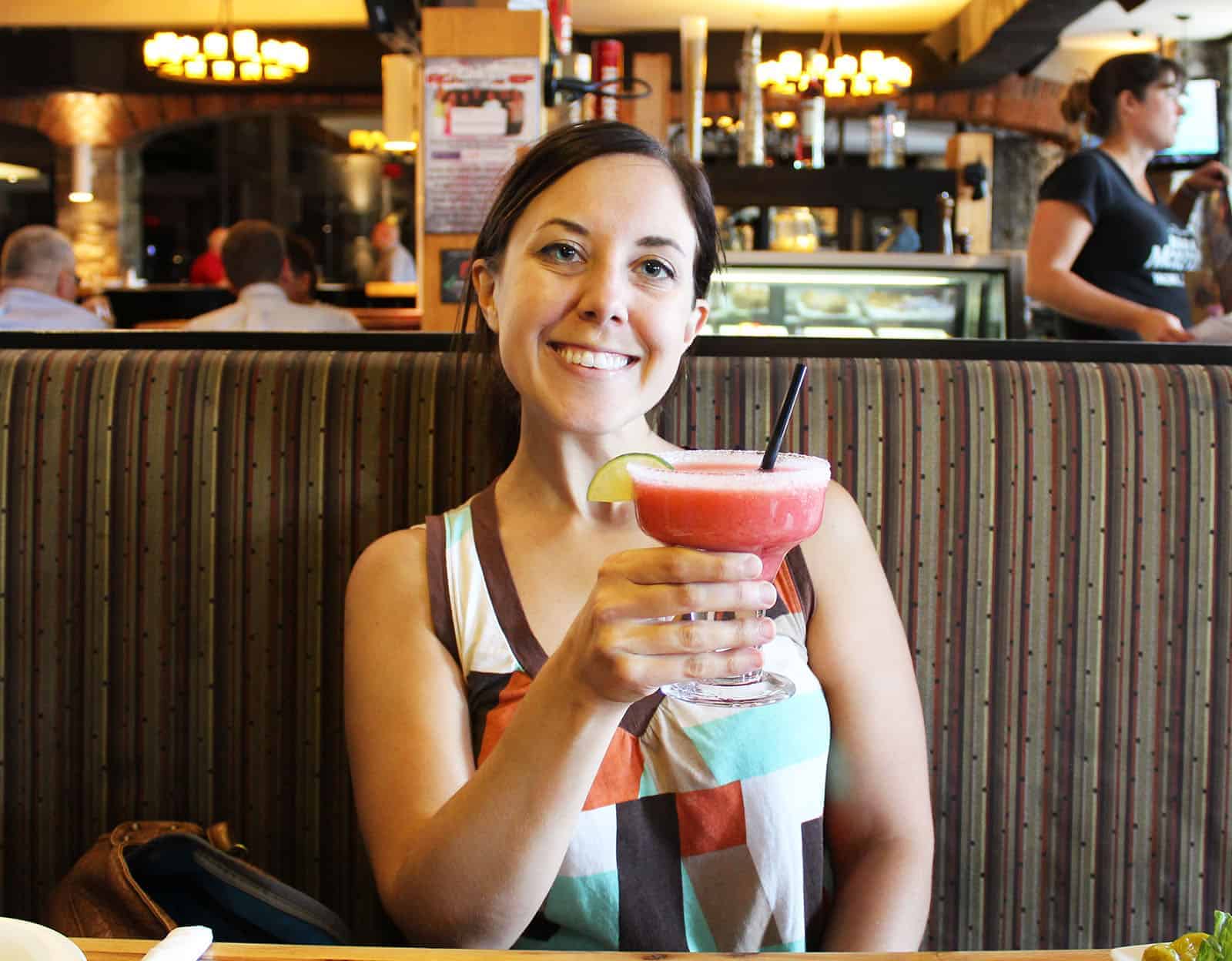 And then, of course, we hiked the entire thing again backwards to get back to the car.

118shares
[UPDATE] Why I No Longer Support Kelly's Bake Shoppe
← Previous
Where to Stay in Sorrento: Villa Elisa Sorrento
Next →
Click here to cancel reply.

With havin so much content and articles do you ever run into any problems of plagorism or copyright infringement? My site has a lot of unique content I've either authored myself or outsourced but it seems a lot of it is popping it up all over the web without my authorization. Do you know any methods to help stop content from being stolen? I'd genuinely appreciate it.

Everything is so beautifully green on that trail! And I like a trail that involves cocktails!

This looks like an amazing trail to hike - and I like that it's easy to do in sections! You definitely deserved that cocktail :).

Seems like a great hike - except for the Canada geese. I used to like them a lot but nearly got attacked by them twice! So not loving them so much anymore!!

The trail looks so beautiful there, but I'm especially fixating on the beverage you're enjoying in the last picture! Have another one for me, please? ;)