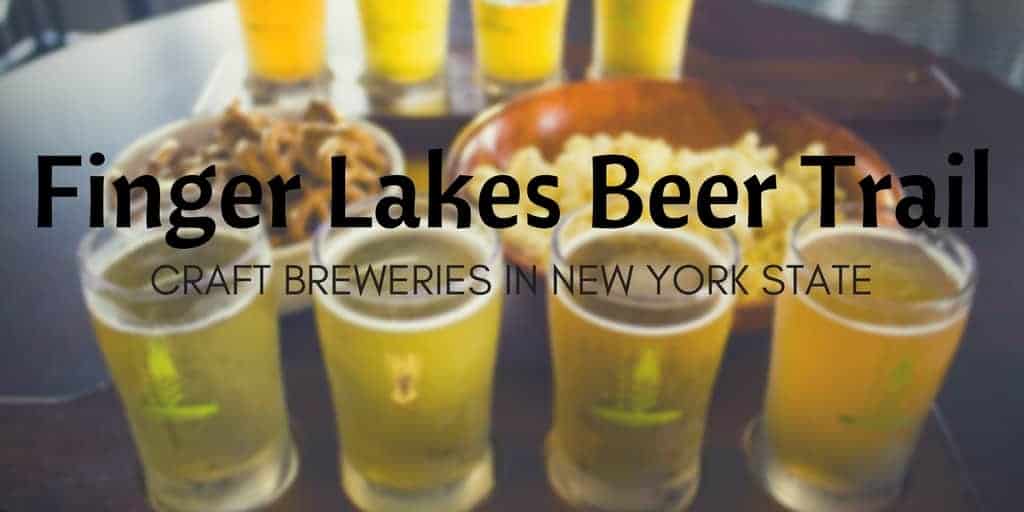 The Finger Lakes is famous for its stunning scenery and outdoor adventures…and…beer!

Did you know that the Finger Lakes region of New York State is home to over 85 craft brewers?

I had no idea until I traveled to the Finger Lakes. I quickly discovered that I was absolutely spoiled when it came to local beer selections at restaurants. There were so many different varieties of craft beer from dozens of microbreweries in the region. From wheat beer to IPAs, from stouts to seasonals, the Finger Lakes has a beer for every taste. And if you don’t know exactly what kinds of beer you like the best, you’re in luck: there are tons of tasting opportunities along the Finger Lakes Beer Trail.

Craft your own adventure on the Finger Lakes Beer Trail. There are over 85 craft brewers spanning 210 miles across central New York State – from Rochester to Syracuse in the north to Corning and Binghamton in the south. You can create custom itineraries around where you’re traveling and staying. In fact, with so many different breweries, you can try new ones every time you visit. With so many microbreweries in close proximity to the Finger Lakes themselves, you can enjoy a pint with a beautiful lake view. With a refreshing brew in hand, it’s the perfect way to unwind after a day of outdoor adventures, too!

When I traveled to the Finger Lakes with my sister, Robyn, we experienced three brewing companies near Keuka Lake, one of the 11 Finger Lakes. All three breweries from this portion of the Finger Lakes Beer Trail are in Hammondsport, New York, and you can easily check them all out in one afternoon.

The first brewery we tried on the Finger Lakes Beer Trail was the Keuka Brewing Company. We drove down some dirt roads in the middle of the country to find the brewery. In an unassuming small building, we walked inside to find a lengthy wooden bar in a casual setting. Even though it wasn’t the fanciest place, Keuka Brewing Company has plenty to brag about. They were voted the best craft brewery in New York State at the TAP New York Beer Festival Competition in 2014, and they also won the F.X. Matt Memorial Cup.

Established in 2007, the Keuka Brewing Company prides itself on creating small batches of artisan beer with unique styles and flavors. As an innovative brewer, they continue to formulate new styles of beer that varies by the season. 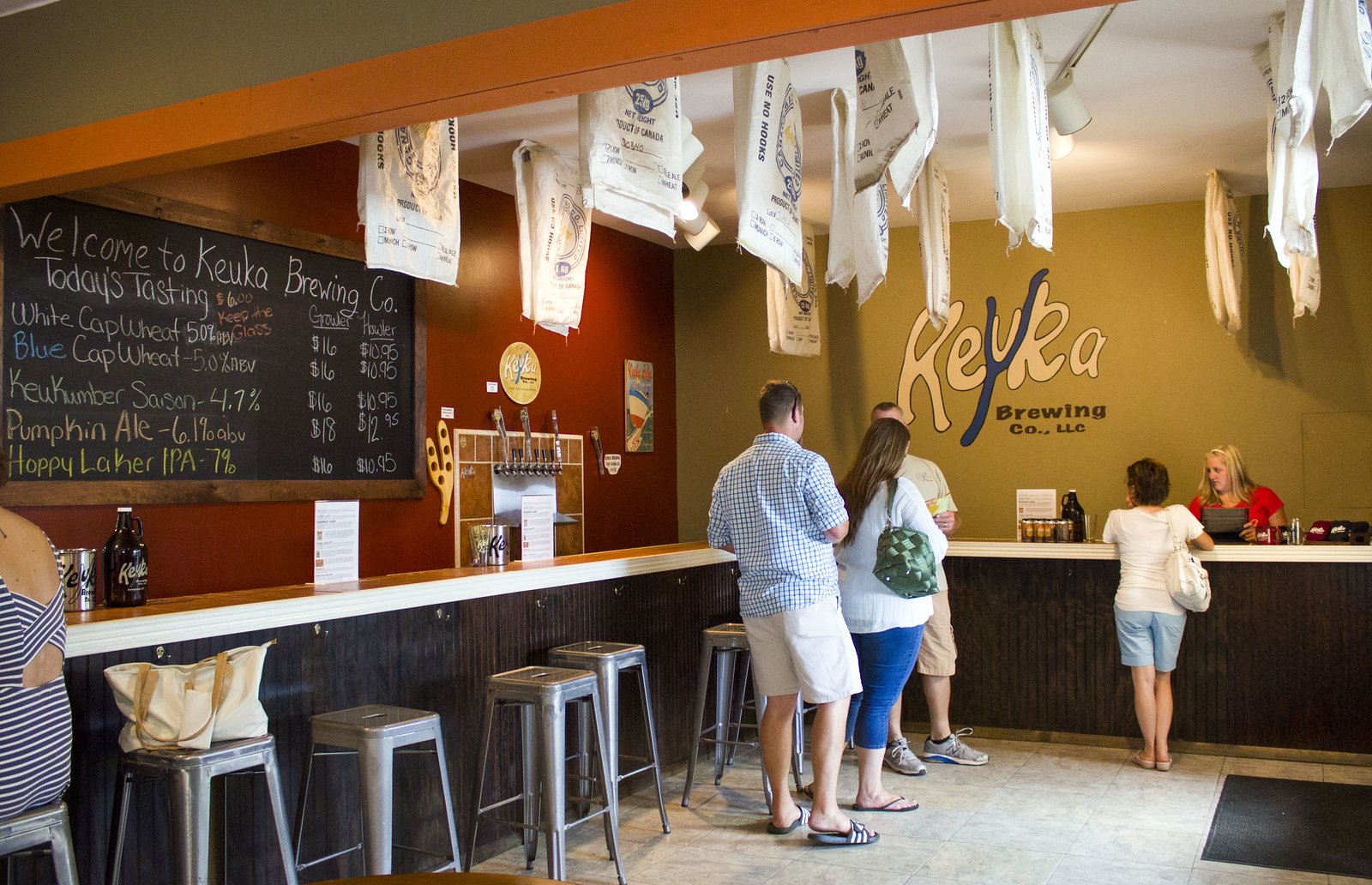 Robyn and I tried samples of several different beers in our beer tasting:

Most beer is available by filling up a growler, though a few varieties are available in cans. I brought home a 4-pack of their 607 Lager for Justin. It’s a Vienna style lager, smooth and ideal for most beer lovers. 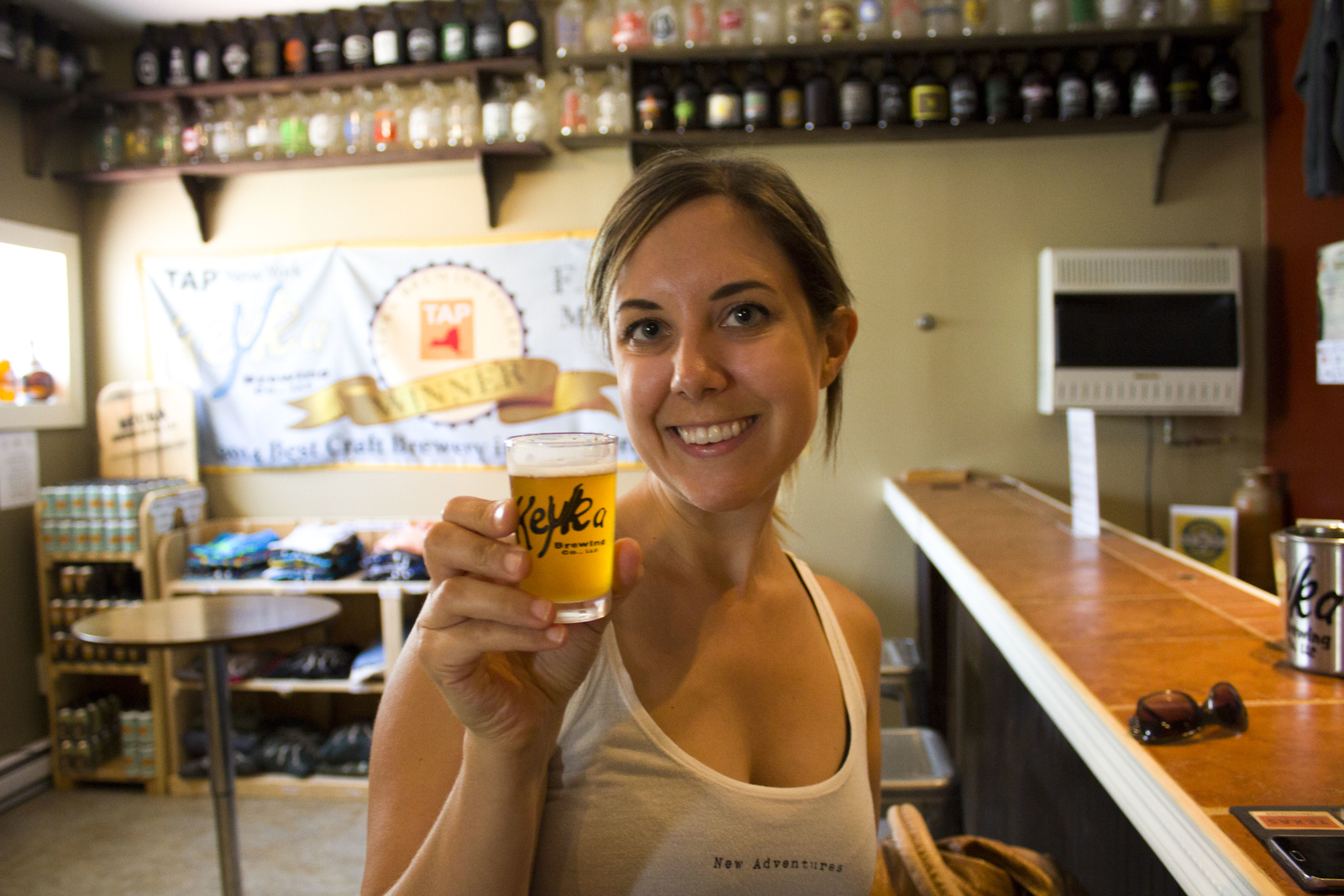 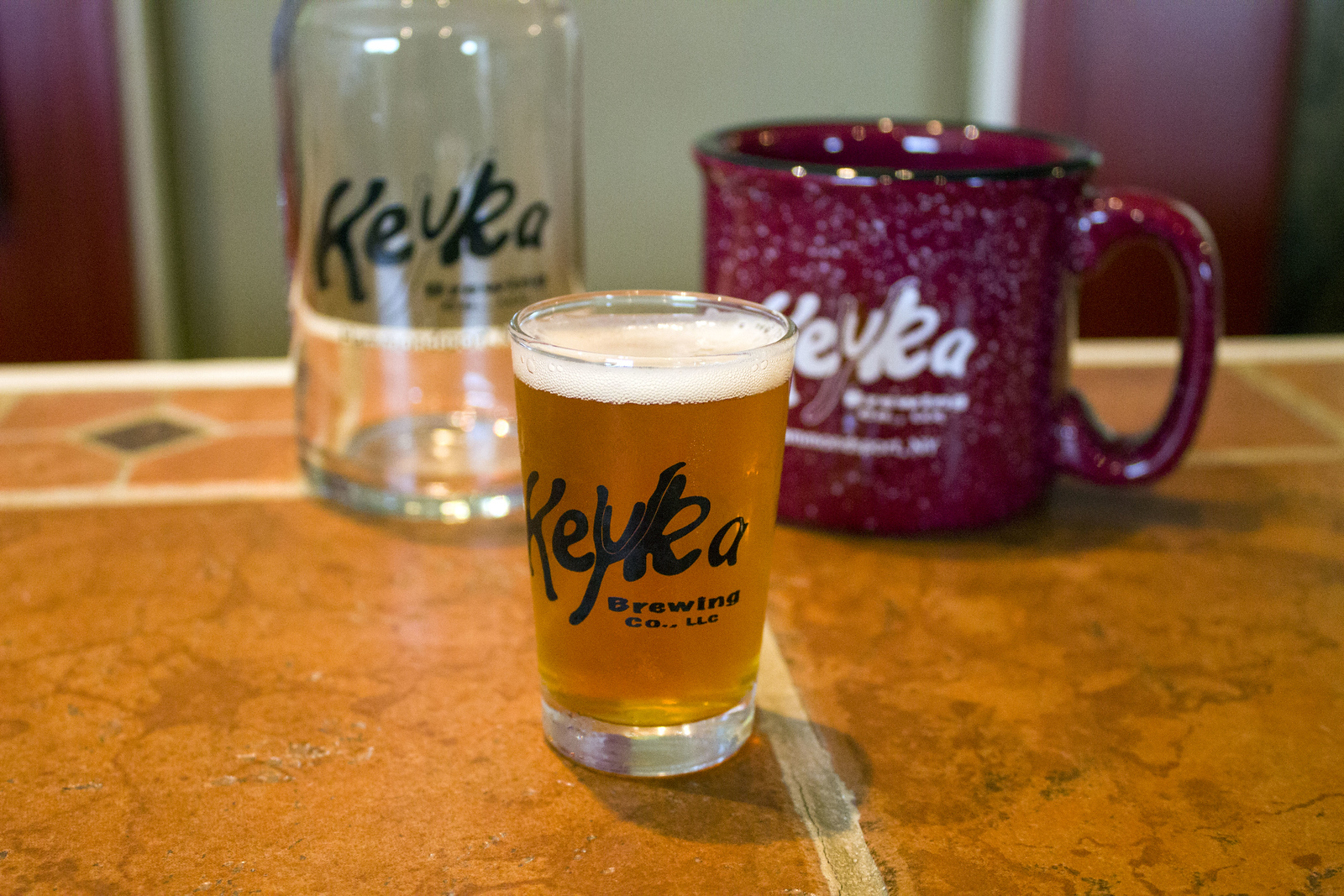 On our second stop along the Finger Lakes Beer Trail, we drove down the road to Steuben Brewing Company. The views from the property of this brewery are simply stunning: pastoral lands overlooking the lake with rolling hills just beyond it. The Steuben Brewing Company takes pride in sourcing their ingredients from local farmers as much as possible. They recently won the 2016 John Calen Memorial Award for Best Brown Ale in New York State at TAP NY, and they also won a silver medal for Best Light Lager in New York State.

The brewery is warm and welcoming, with a bar at the back and tables near the entrance. You can also take a peek behind the scenes to see the brewers at work just beyond the tasting room. Robyn and I each opted for a beer flight, where we chose four varieties of beer to taste. There were also light snacks available to munch on while we sipped our brews. Here are the ones that I tried:

Speaking of patio, there’s a lovely seating area outdoors with opportunities to take in that beautiful view. We chatted with the owners briefly and had a wonderful experience visiting this family-run farm brewery. 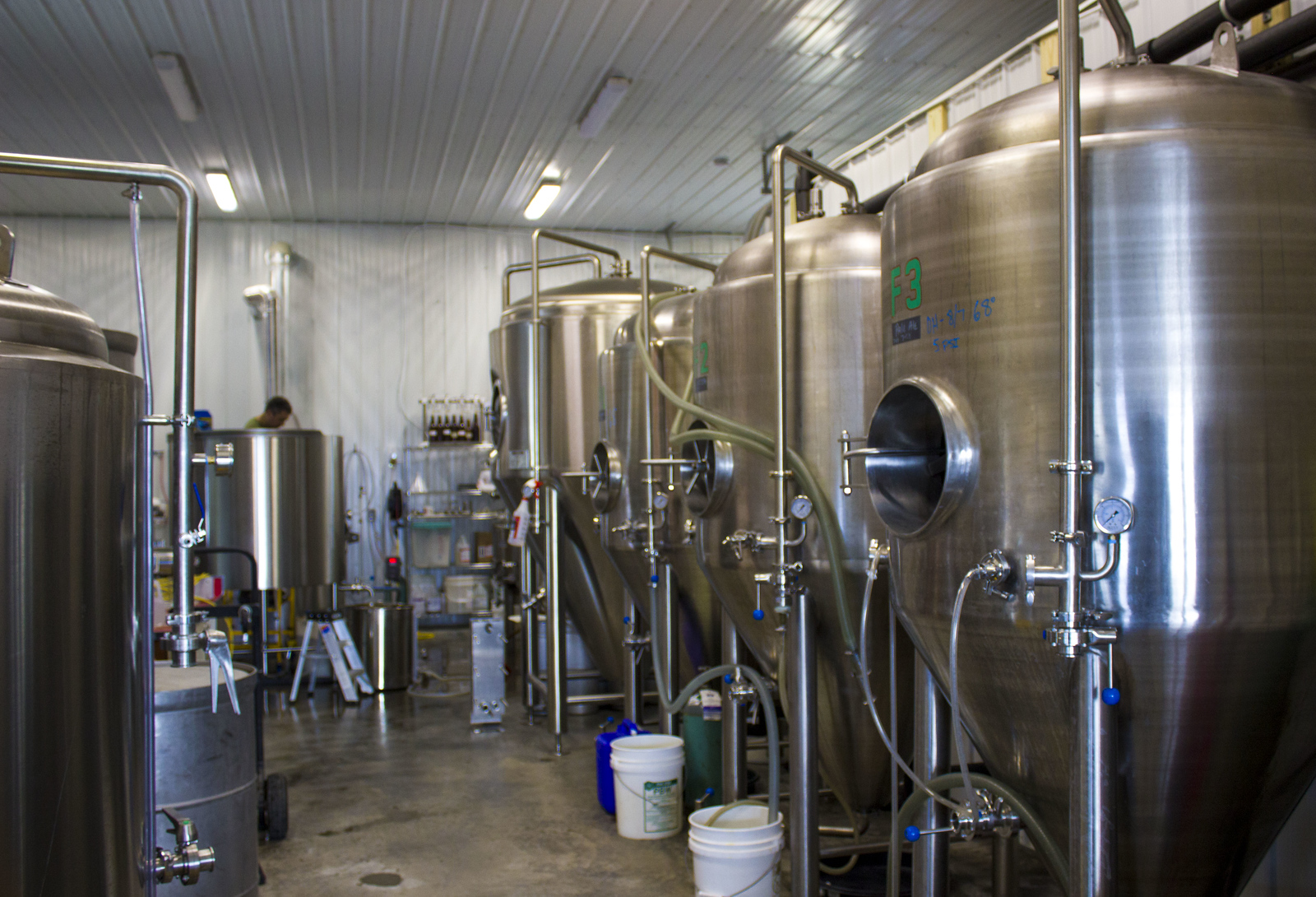 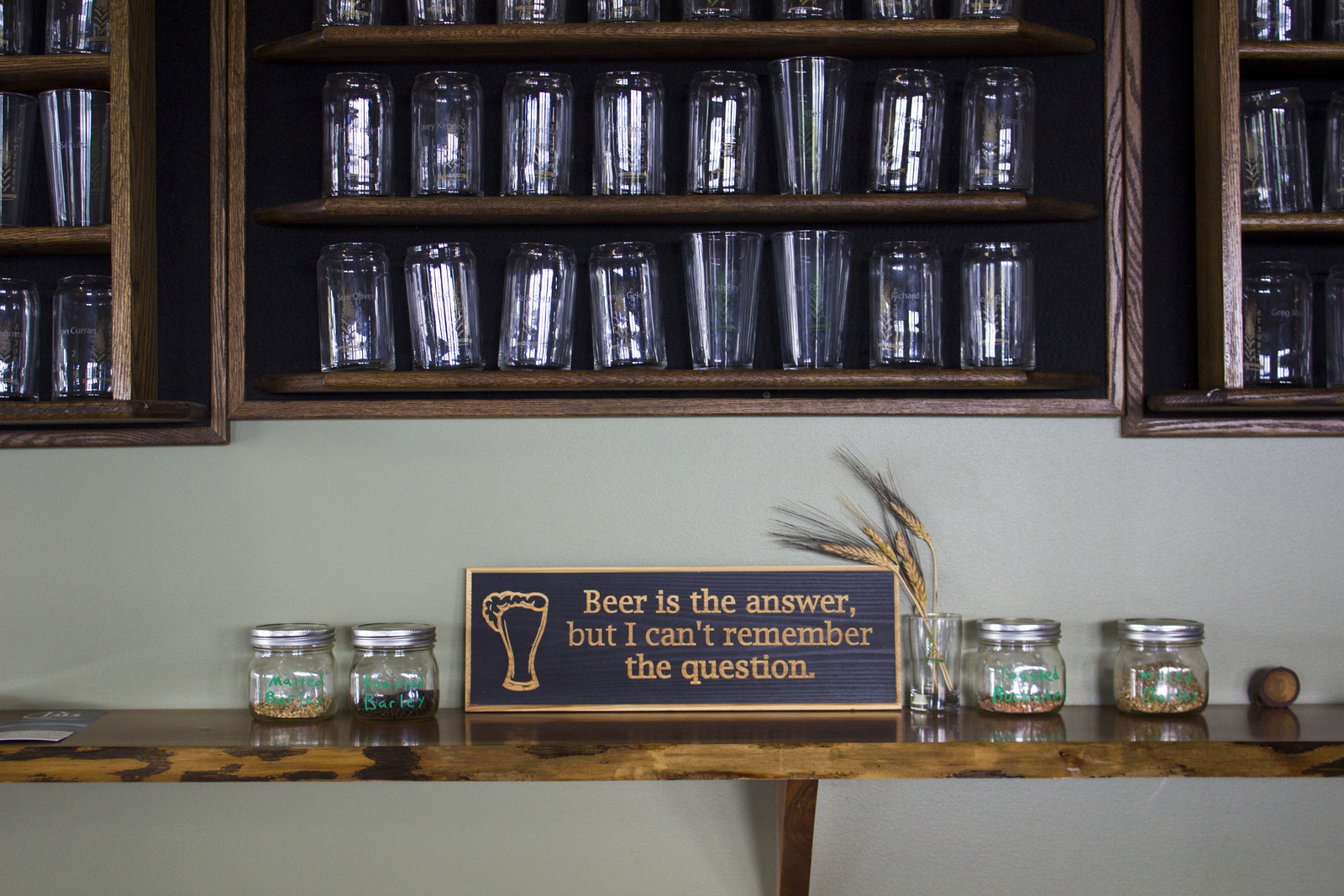 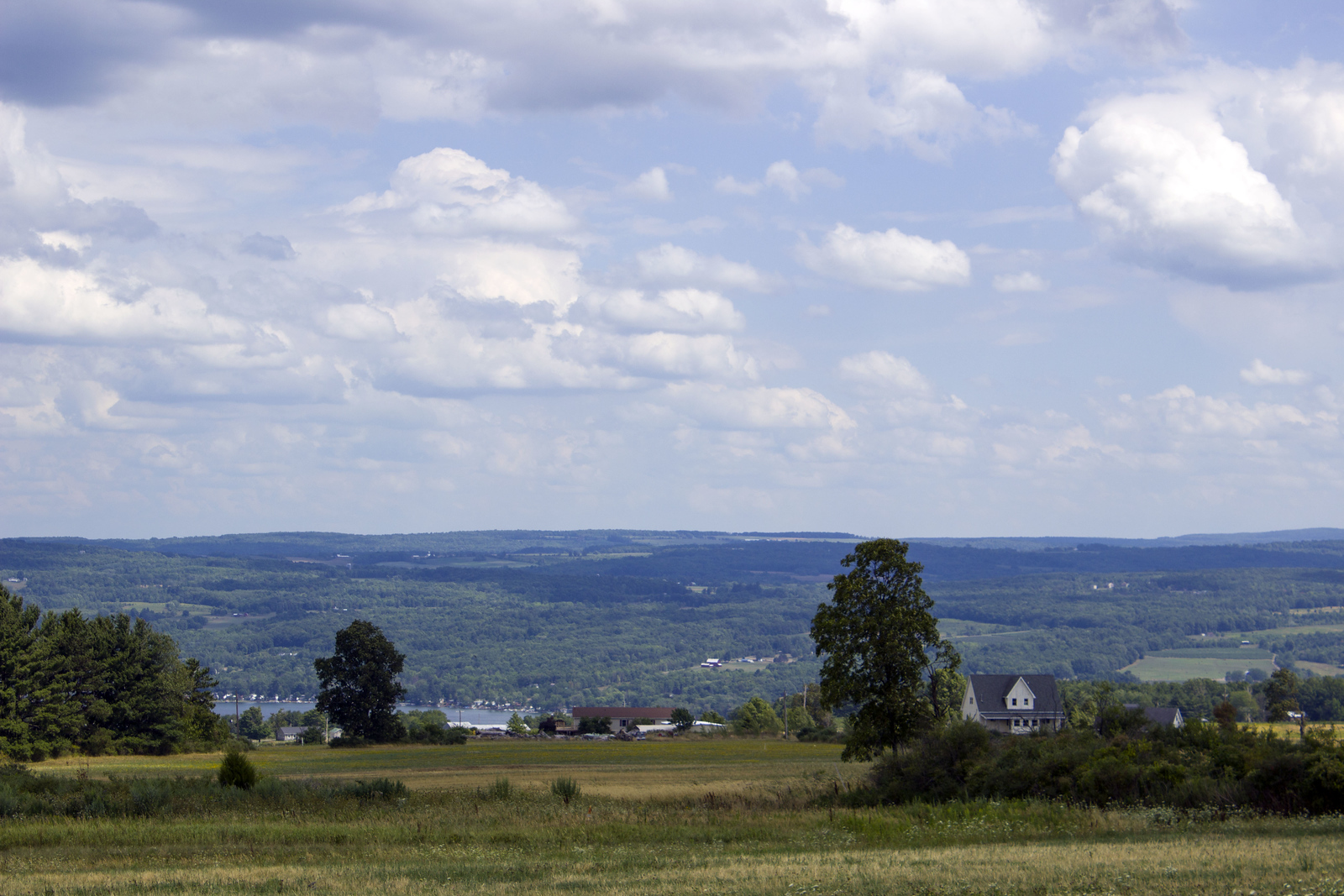 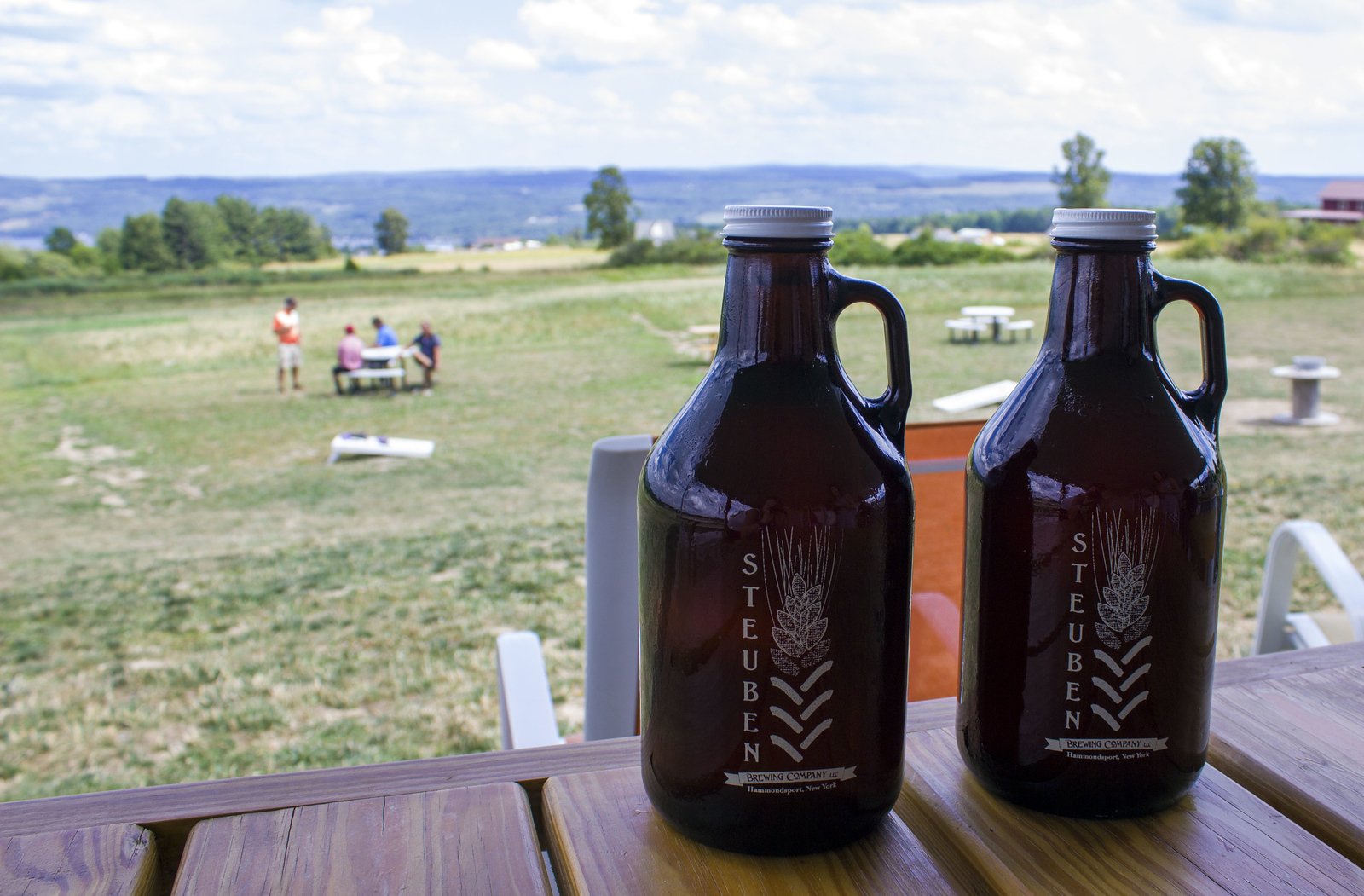 THE BREWERY OF BROKEN DREAMS

Our final stop on the Finger Lakes Beer Trail was perhaps the one with the most brilliant name, The Brewery of Broken Dreams. How could you not visit a brewery with that name?

The brewery and tasting room is inside a historic stone and wood building. It’s a great way to taste new beer in a charming environment. Sit by the bar, pull up a stool, and try some new craft brews! As the brewer says, “You are encouraged to share your dreams in words while we share ours in thoughtfully rendered liquid form. We hope to entice and satisfy your senses. Tears!”

Robyn and I tried a sampling of several beers all on tap. The beers all shared clever names:

One of the owners served us our beer and told us fascinating stories behind each one. My favorite was the story of the Unfinished Business Scottish Ale. Perhaps this is due to the fact that my heritage is half Scottish. The husband and wife team of The Brewery of Broken Dreams discovered that way back in the past, their families both once knew each other in Scotland. In fact, their families despised one another. There were tales of extreme hatred, and even murder! Their ancestors would not be pleased at all that this pair united, got married, and started a business together. It’s somewhat of a Romeo and Juliette story, really…except for the fact that this personal story had a happy ending. As some Scottish people can be known to hold a grudge, there’s always some unfinished business there.

I adore that there are personal stories like these in the making of the beer. I had to bring home a growler of the Unfinished Business ale after hearing that treacherous tale, and to honor my own Scottish roots. 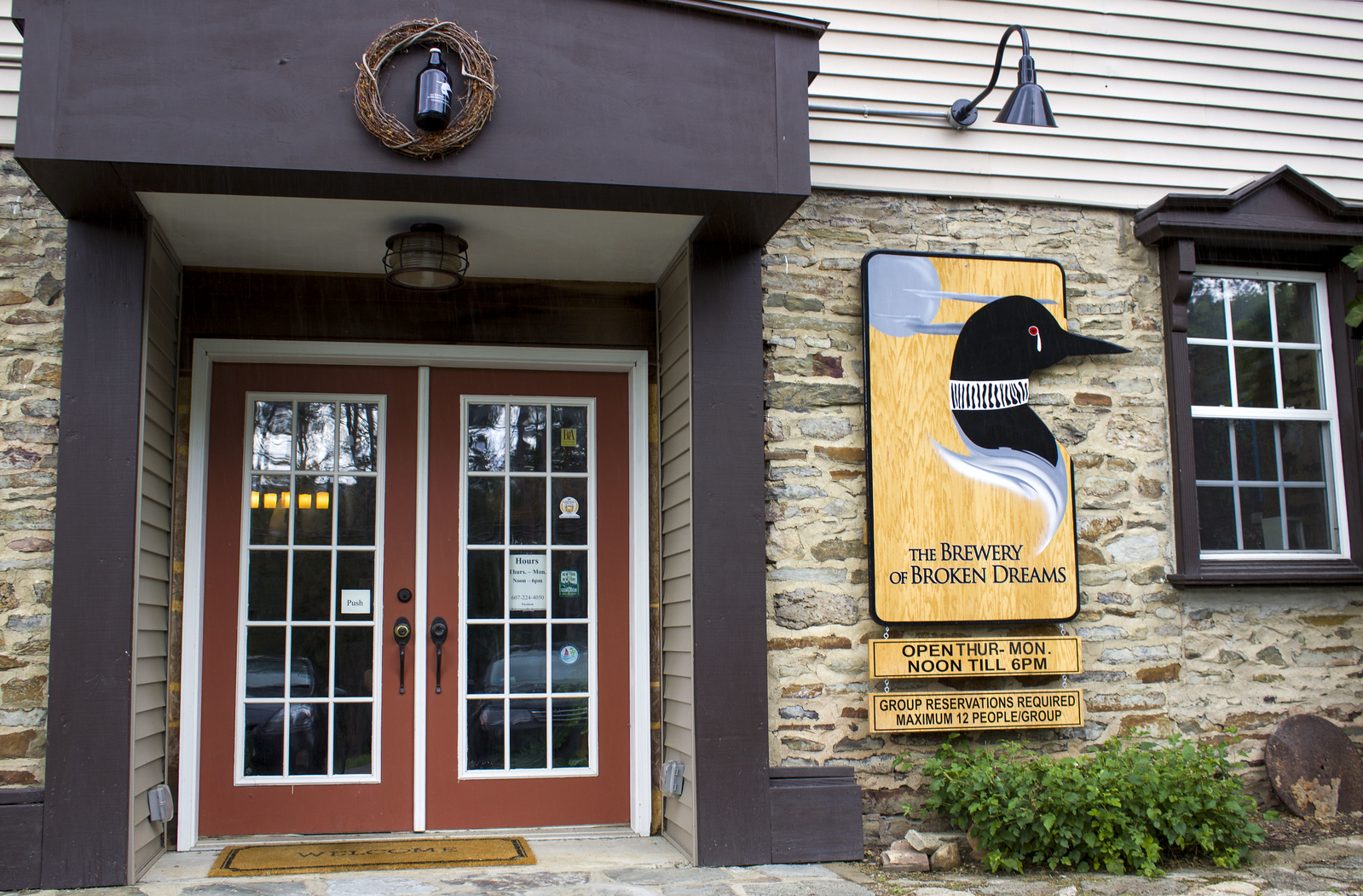 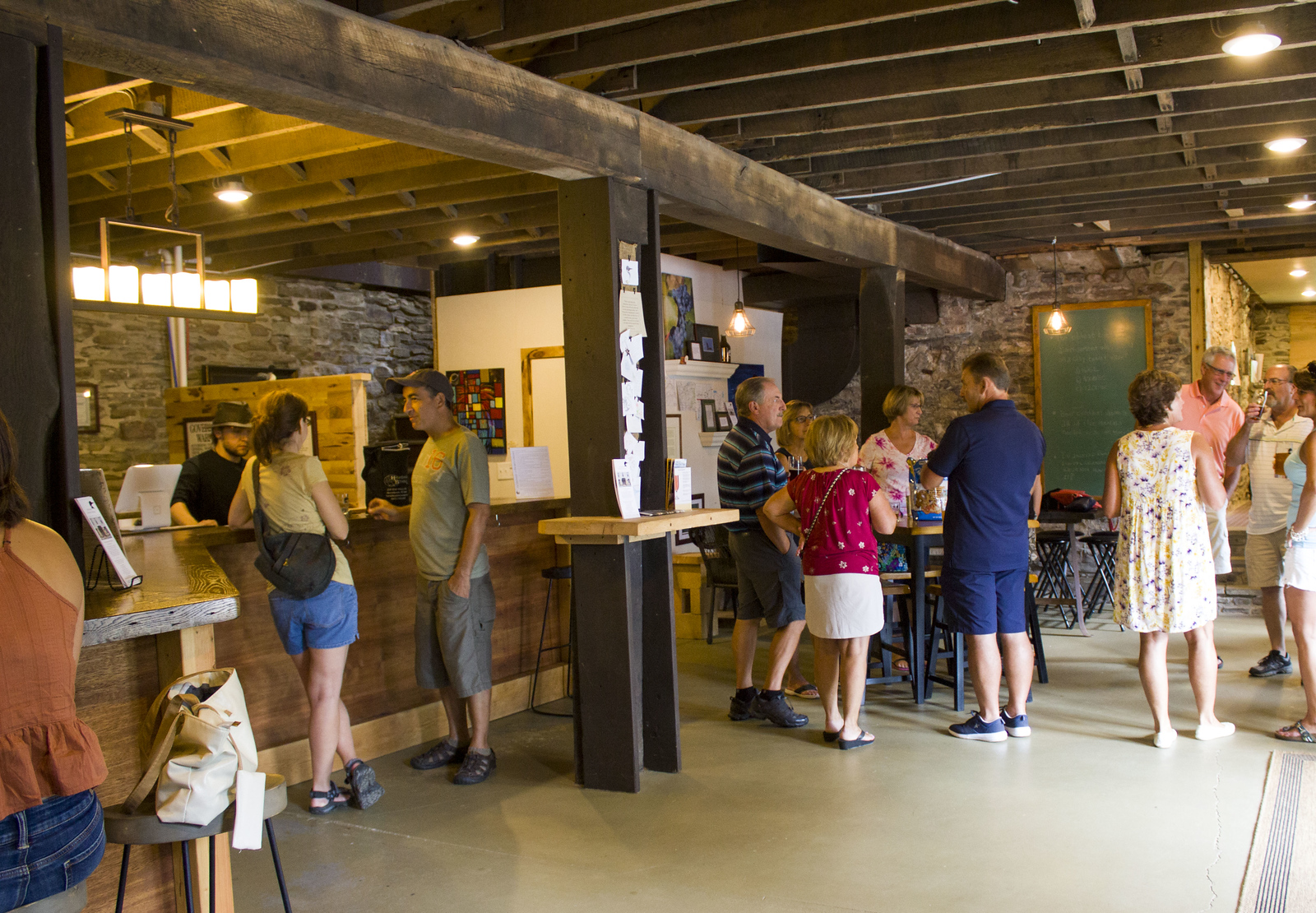 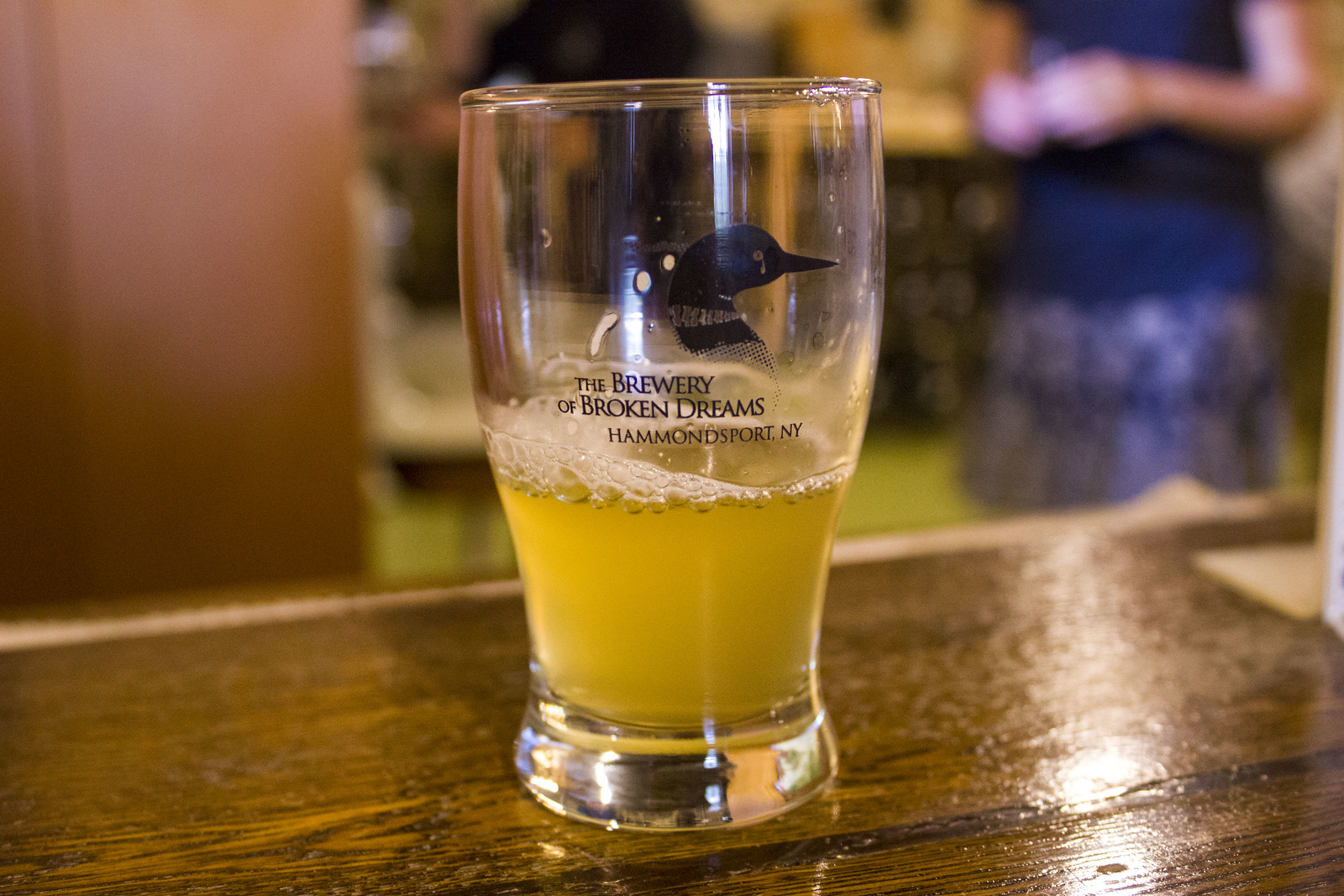 The Brewery of Broken Dreams 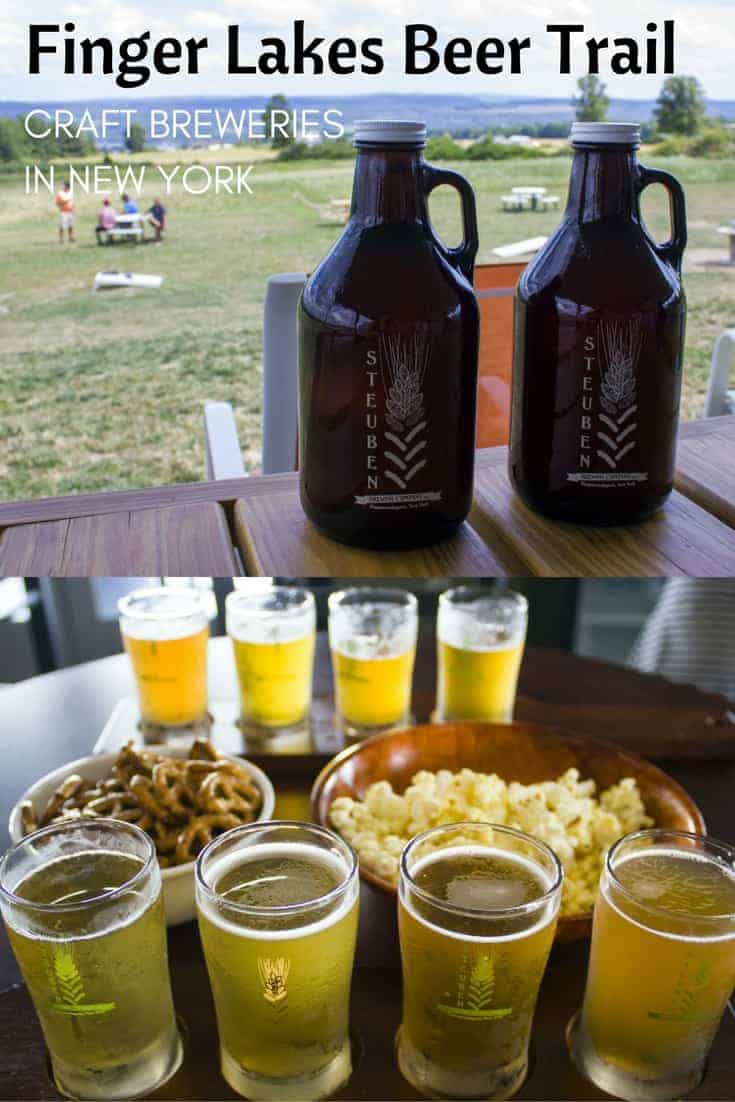 Thanks so much to Corning and the Southern Finger Lakes for arranging and hosting our experience on the Finger Lakes Beer Trail, and thank you to each brewery for serving us delicious and refreshing beer. My opinion, as always, is entirely my own.

Have you ever visited the Finger Lakes Beer Trail? What are some of your favorite craft breweries?

Two Goats Brewery on Seneca Lake is one of my favorites. Excellent choice and quality of beers with an amazing view of the lake.

Definitely a must visit place. It's cool and the place looks nice. Enjoy your brewery tour, I wanted to experience that too and visit the brewery and learn a little about their story. What flavored beer did you enjoy?

Heavenly place for drinkers. The location is excellent for scenery as well so win-win!

I'm ot a drinker, but i would love to know the inside story of a brewery. That sounds interesting! You seem to have really enjoyed it, though :)

Thanks for sharing Lauren. It's amazing to know of such unknown breweries especially like cucumber and pumpkin flavours.Great Post!