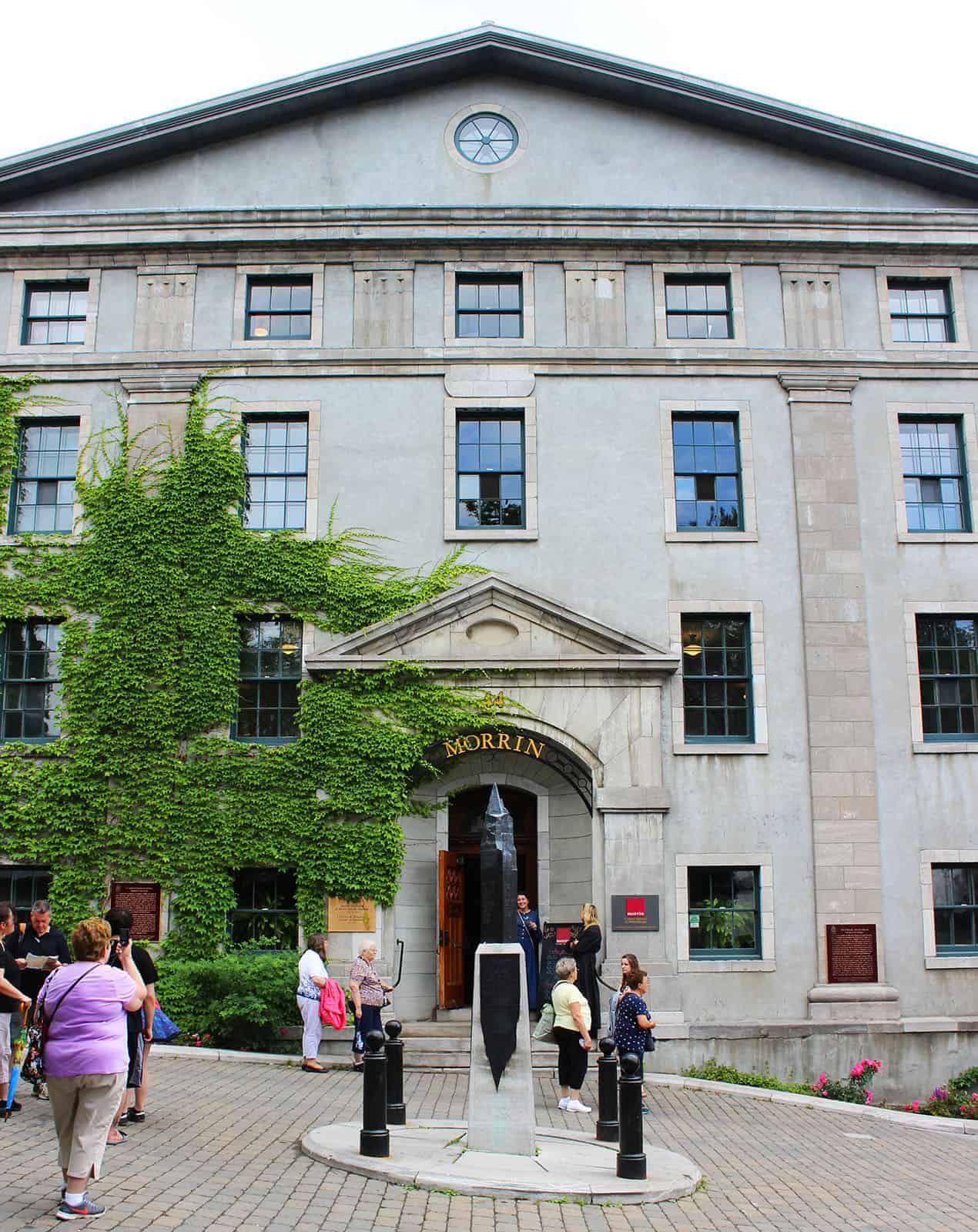 For our second day in Quebec City, the weather was less than ideal: it was pouring rain. Thankfully, we had a few rainy day plans up our sleeves, including some sites that we had planned on visiting regardless of the weather. One of those places was the Morrin Centre. For those who are fans of history and culture, a trip to the Morrin Centre (a National Historic Site) should be at the top of your list. The building has a very interesting past as the home of several important institutions within the city over the past 200 years.

There are both English and French-language guided tours available for visitors lasting about an hour in length. You can’t wander around the building on your own; you have to book a tour. But, trust me, wandering around the centre would be quite meaningless without the help of our knowledgeable tour guide as he was a wealth of information! Our tour guide, Benjamin, was dressed in traditional garb and he was incredibly friendly and nice. After a quick introduction, we discovered the first use for the Morrin Centre building – Quebec City’s first jail. 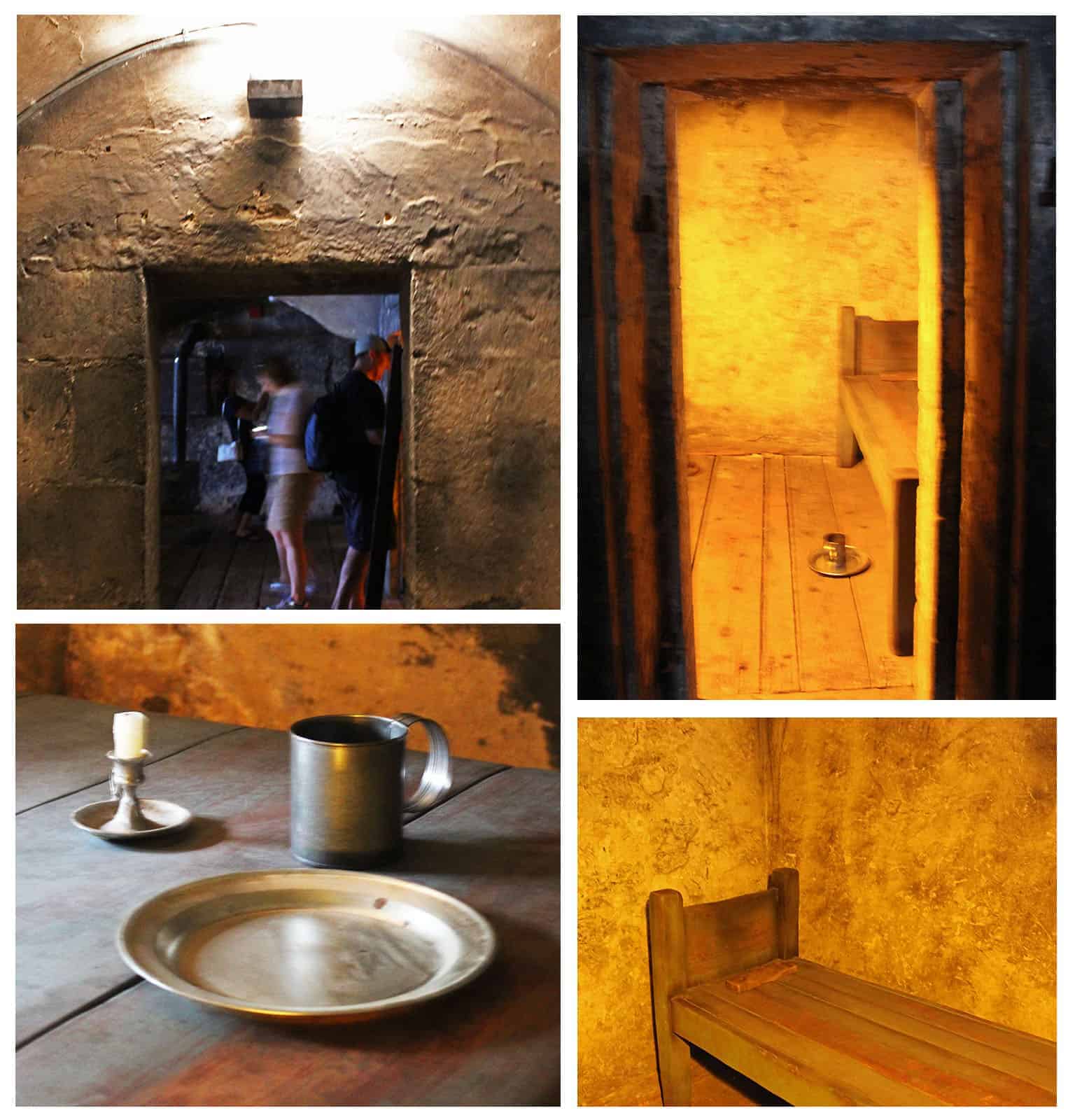 We walked down a dark hallway into a cave-like, concrete fortress to view a cell block from Quebec’s first prison. On our tour, we learned about the lives and living conditions of the inmates. Apparently, there were three hangings at the Morrin Centre back in the day that happened at the front of the building. A hanging was quite the public spectacle and everyone in the town would come to watch. We saw graffiti carved into the original floor boards by the prisoners and the iron rings that were used to chain them down. This was actually the first modern prison in all of Canada, built over 200 years ago. Even though people were executed at this jail, it was fairly easy to escape. Criminals could bribe a guard to leave, or merely flee as it was not a very secure prison with very few prison guards employed there. 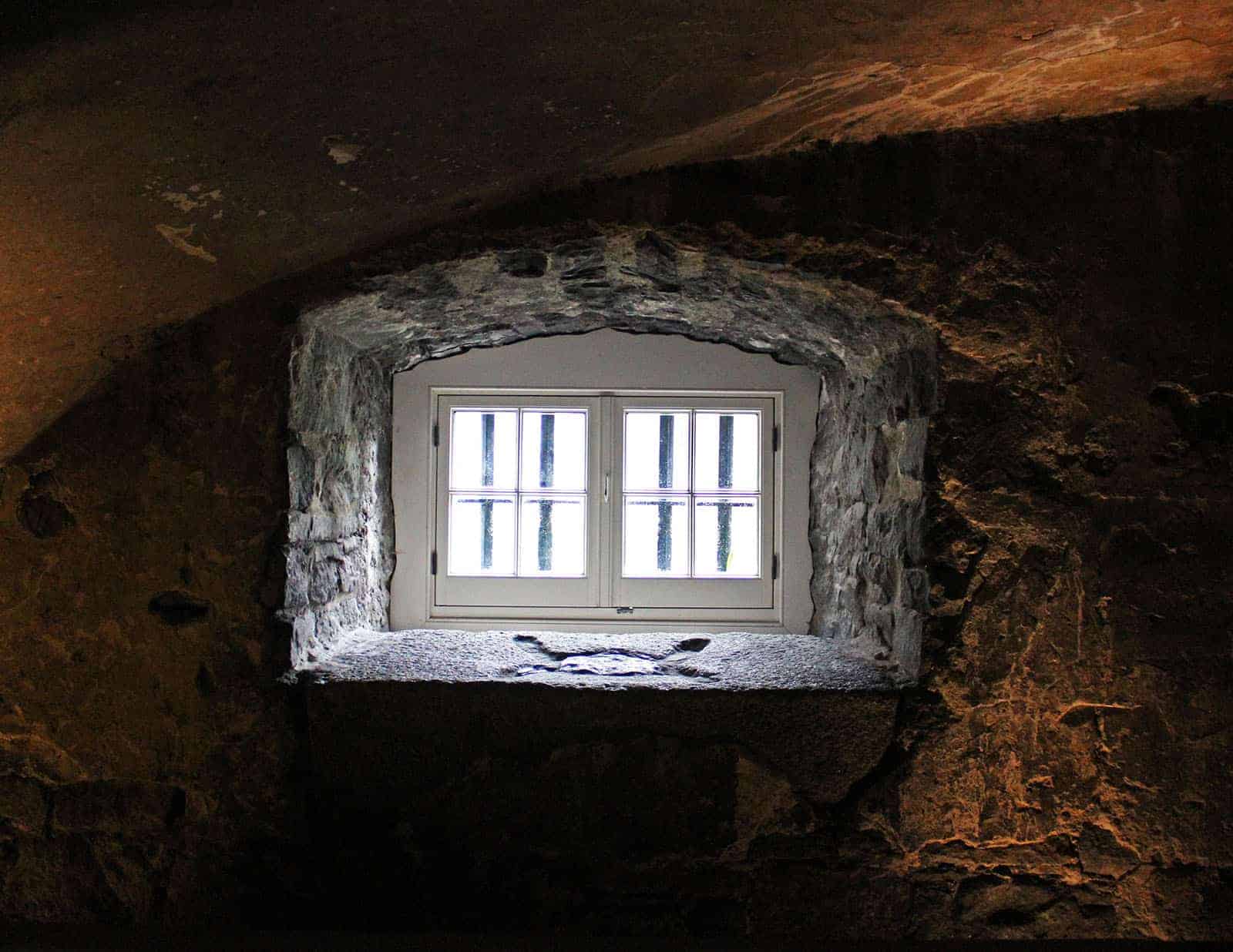 Our tour guide, Ben, asked if we wanted to see what solitary confinement was like, and of course, we volunteered! A small group of us gathered and entered one of the small jail cells. Ben closed the iron prison bars, and then another heavy door. We were in complete pitch darkness. Then, he continued talking to the rest of the tour group on the outside while we were locked inside! We all started to laugh. As a joke, someone turned on their cell phone light and he could tell that we were no longer in the complete dark, saying “Hey, no cheating!”. After our short experience being confined to absolute darkness, we re-emerged for some free time to explore the prison cells. 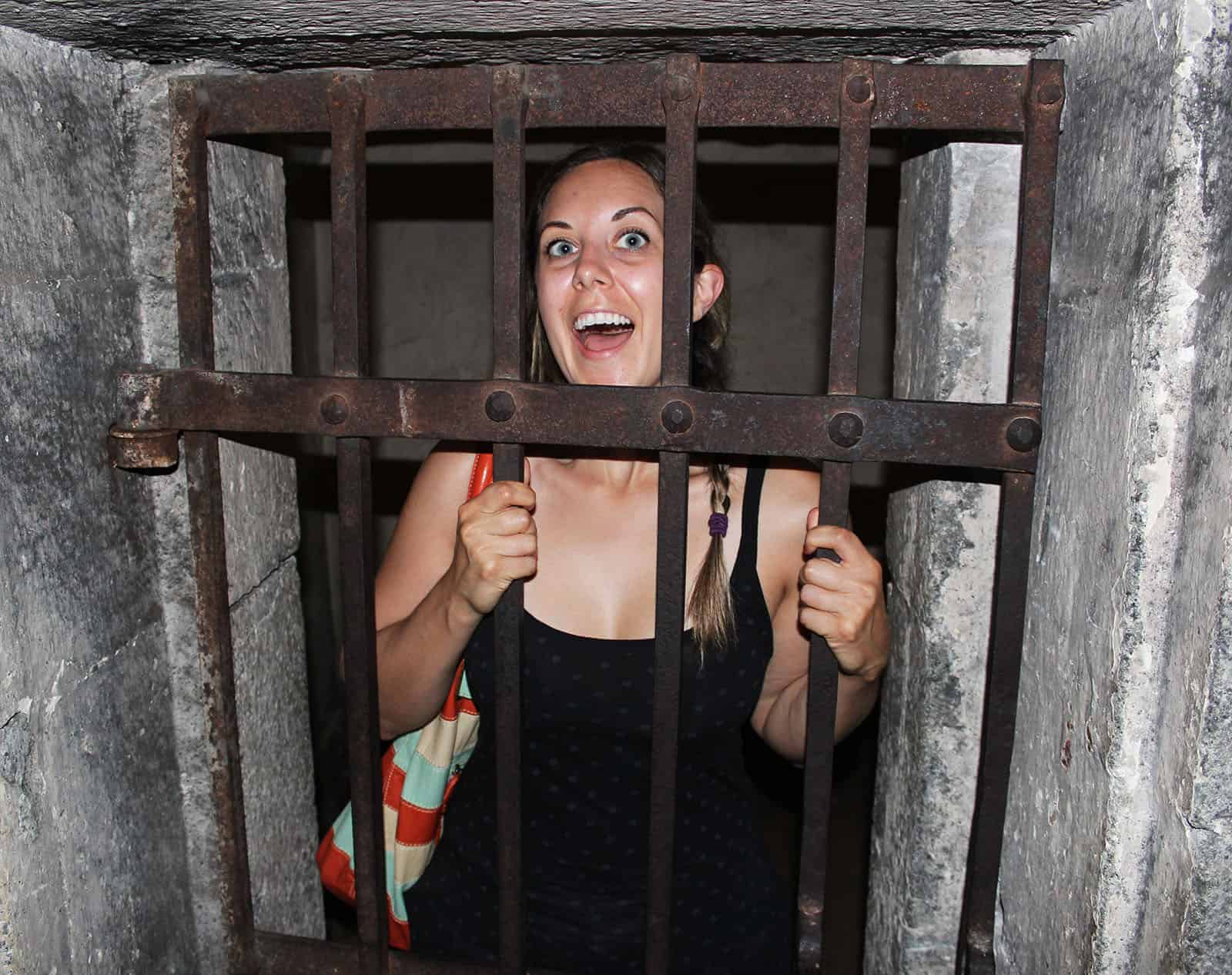 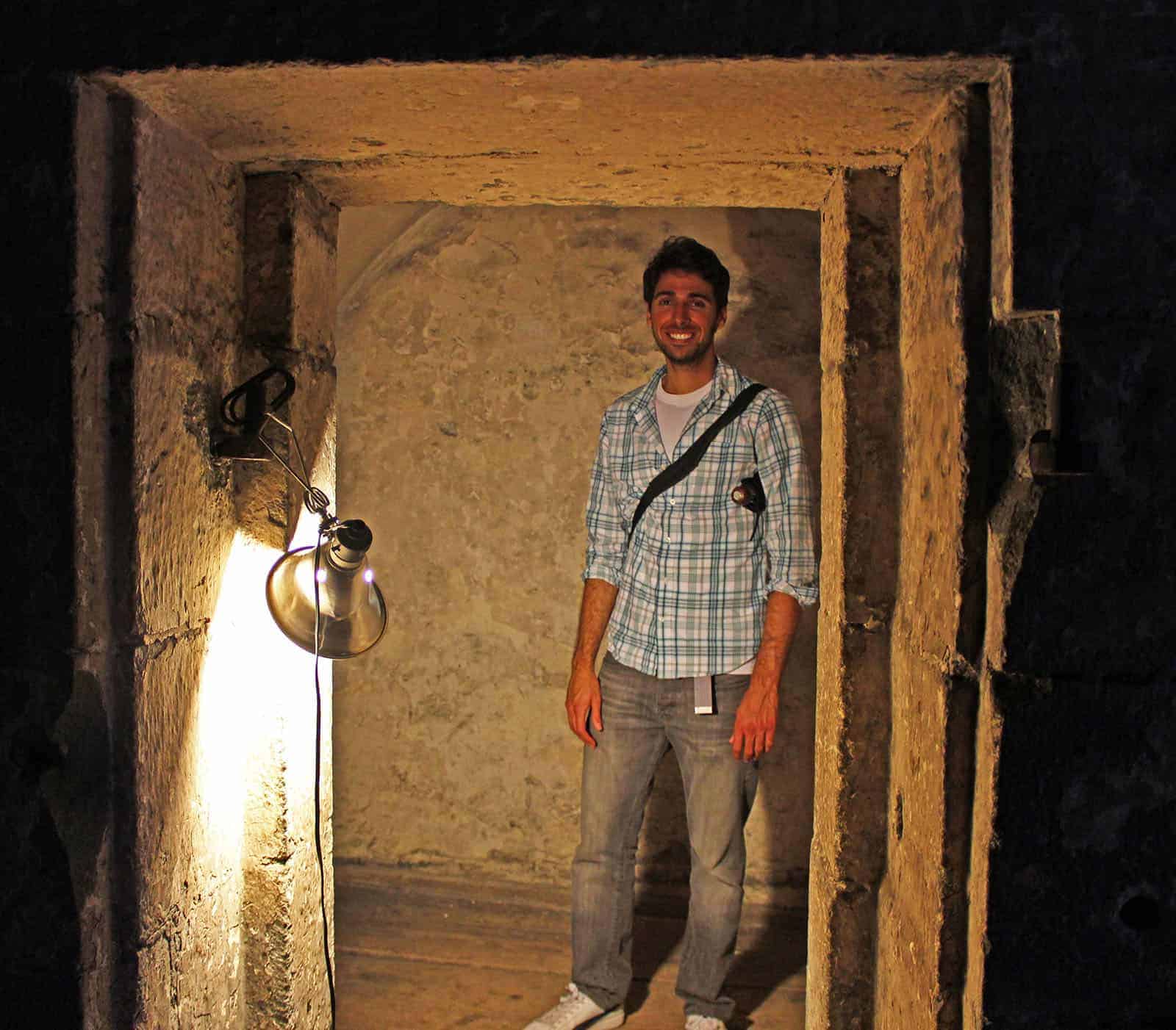 Over time, the jail at the Morrin Centre building became much too small to house all of Quebec City’s prisoners. Plus, as we learned, it really wasn’t that secure to begin with. The jail was moved to a new building, which is now home to the Musée national des beaux-arts. So, what to do with the building after the jail was moved? 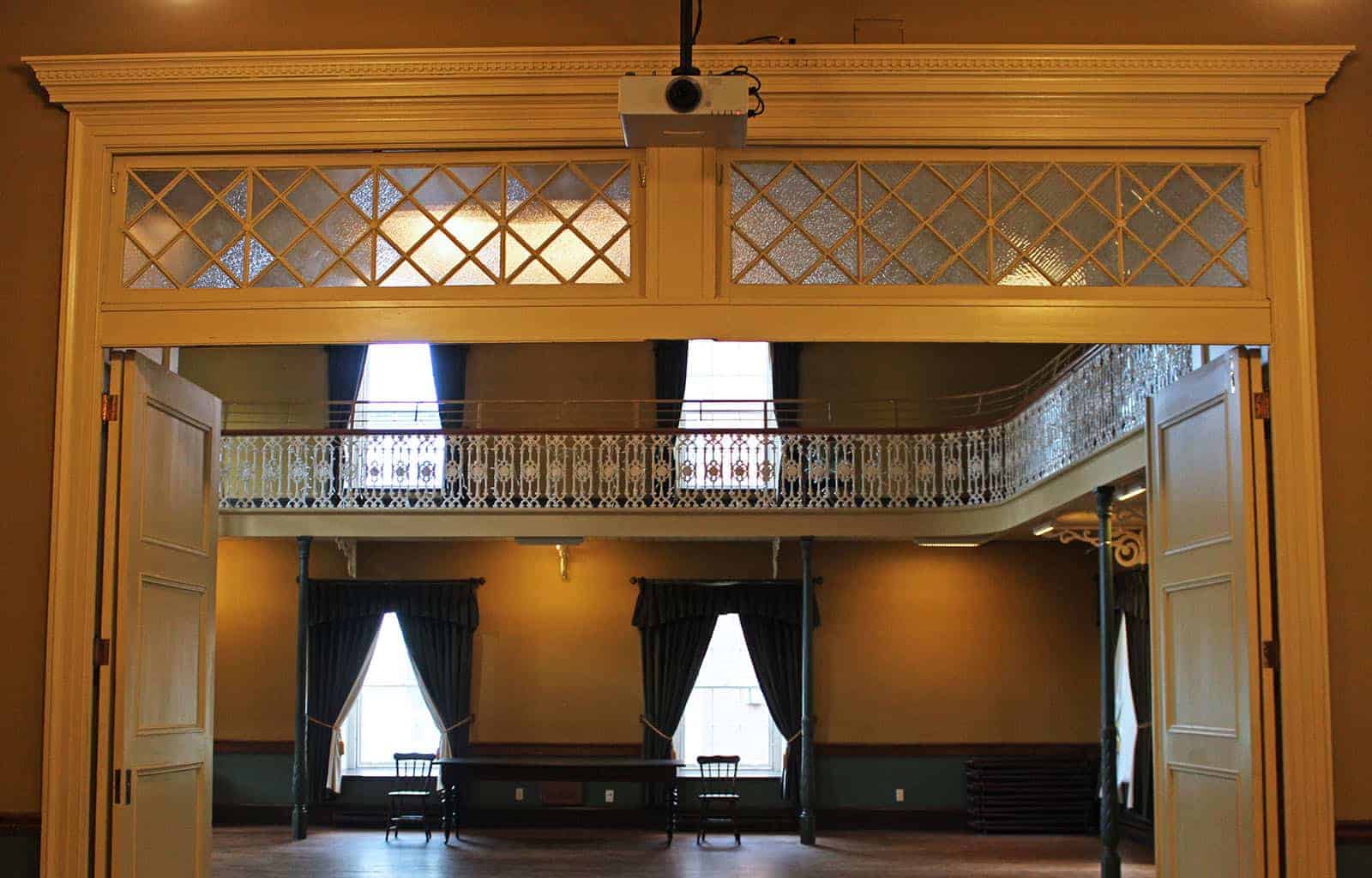 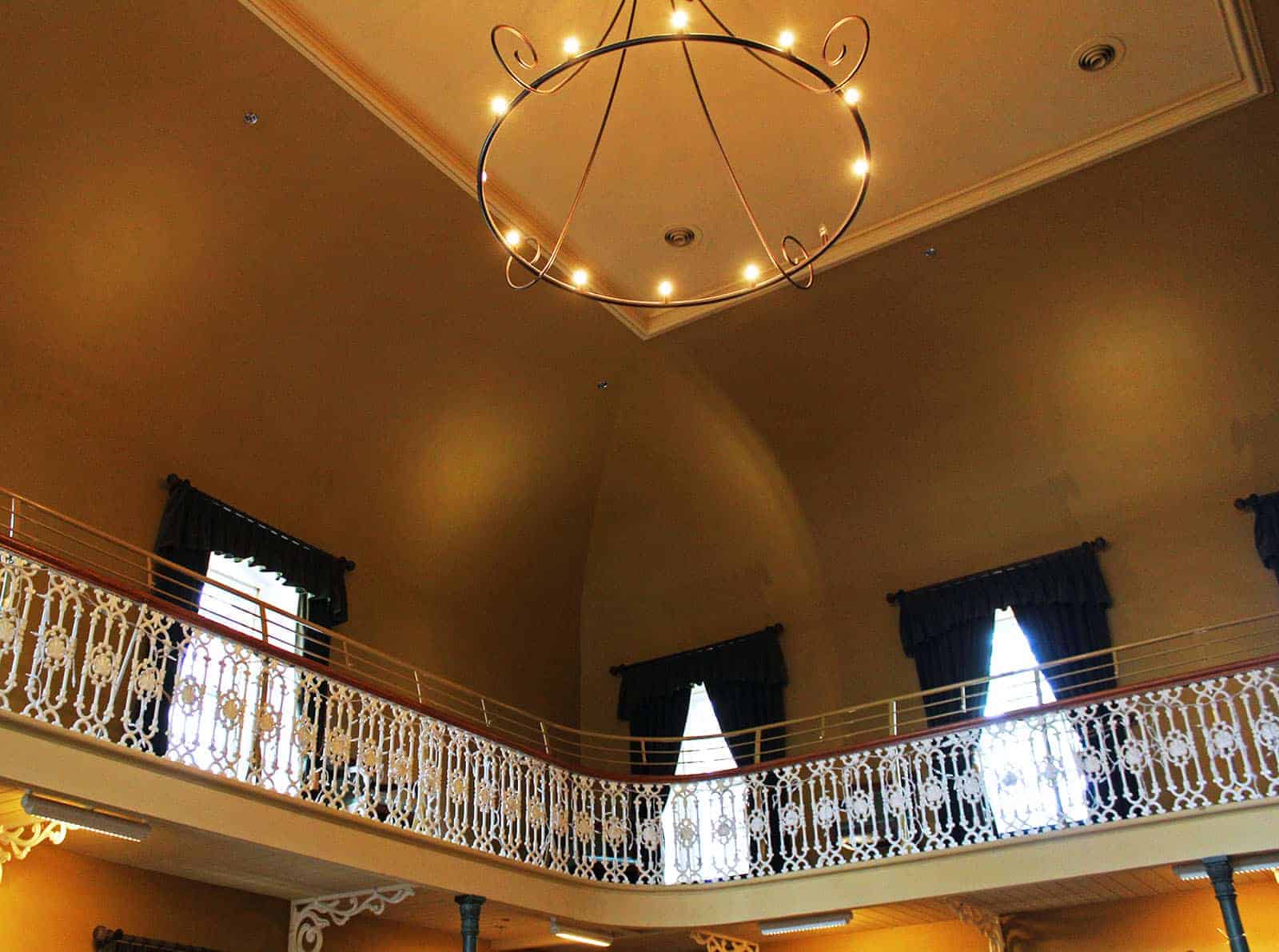 We walked up a flight of stairs (complete with the original wooden floor boards) to a room with incredibly high ceilings, a railing that wrapped around the upper portion of the room, and several long tables. After the jail was moved, this building was the home of Quebec’s first English-language institute of higher education, Morrin College. Morrin College remained in the building from 1868 to 1902, and was affiliated with McGill University. Although the school was officially open to everyone, it was a mostly Presbyterian institution. It attracted very few Roman Catholics, which was the prominent religious denomination in Quebec. Also, the Anglo-Protestant population of Quebec was quite small. Needless to say, the institution struggled from the very beginning and never had more than 28 students enrolled at a time. At the time in Quebec, only men were permitted to attend University. As the school struggled so much financially with enrollment, women were allowed to enroll and two women did study and graduate with degrees at Morrin College. Even though it wasn’t exactly for the right reasons, the school was a pioneer for women’s education rights. 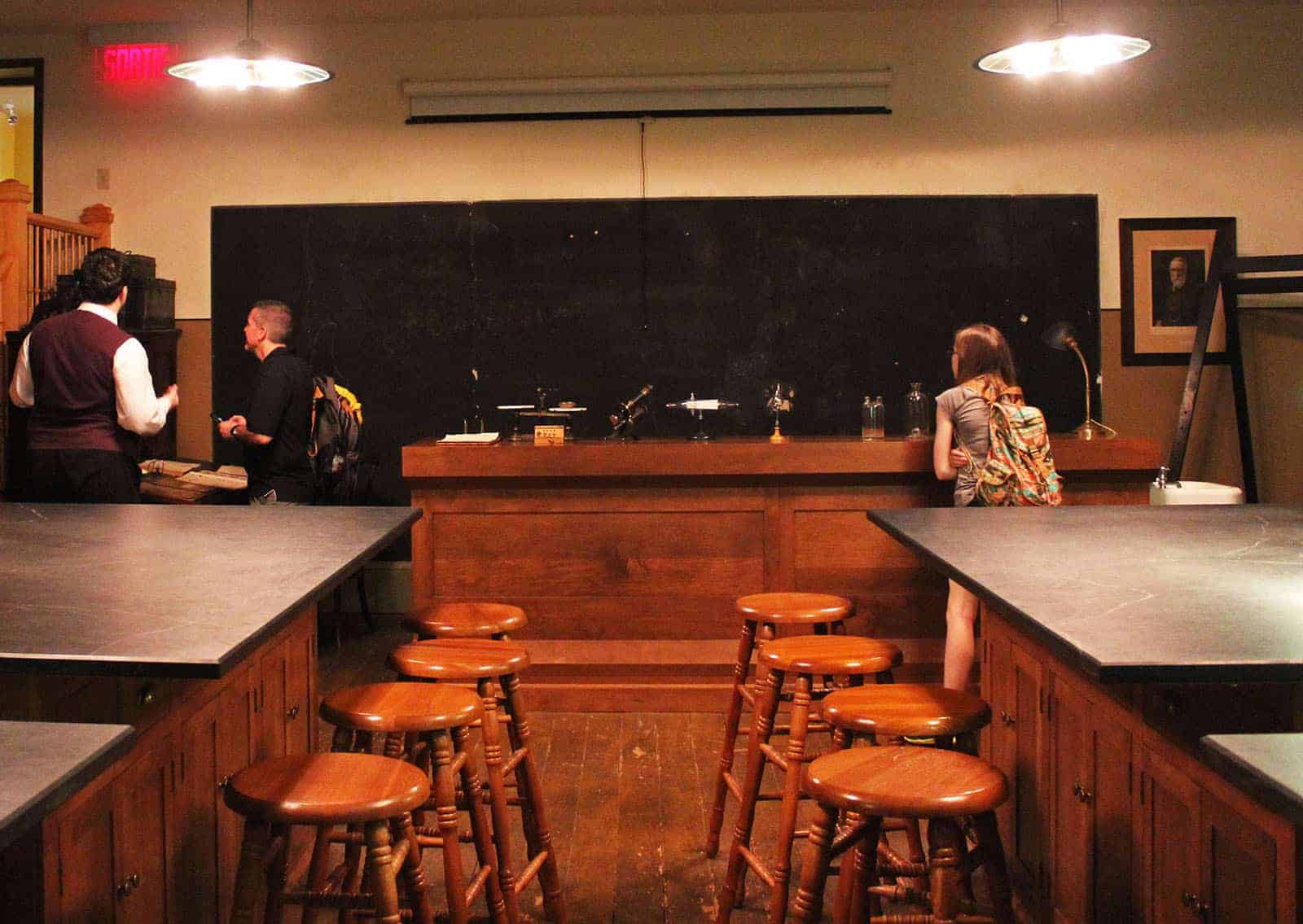 Many aspects of this science lab were preserved from many years ago, including many instruments, old books, and models. There was a fully functioning antique dark room for developing photos. We were able to examine these relics on our own, including a really old Periodic Table of Elements with two elements that don’t even exist! It is amazing how far we have come in matters of science and technology over the past century. 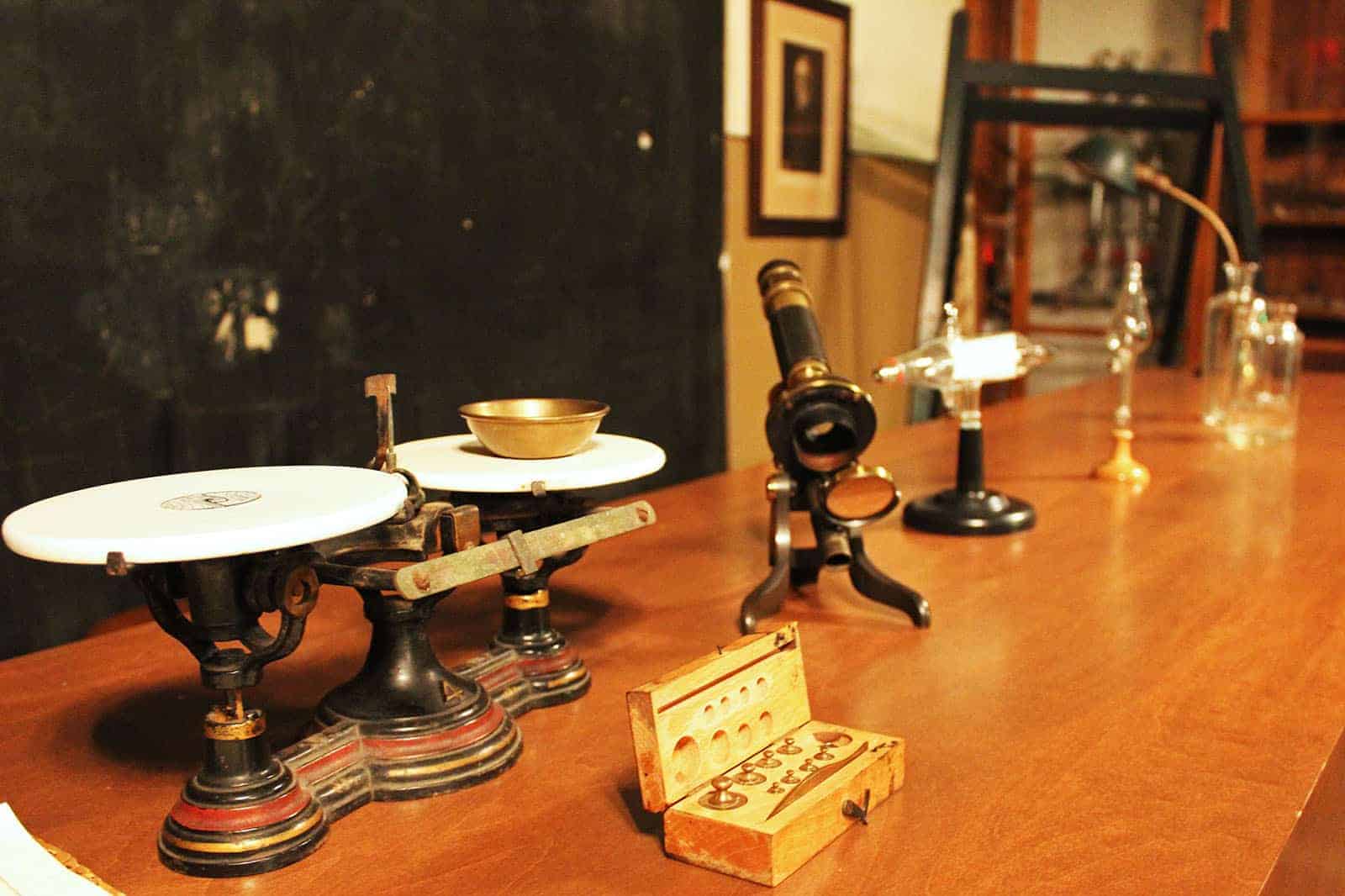 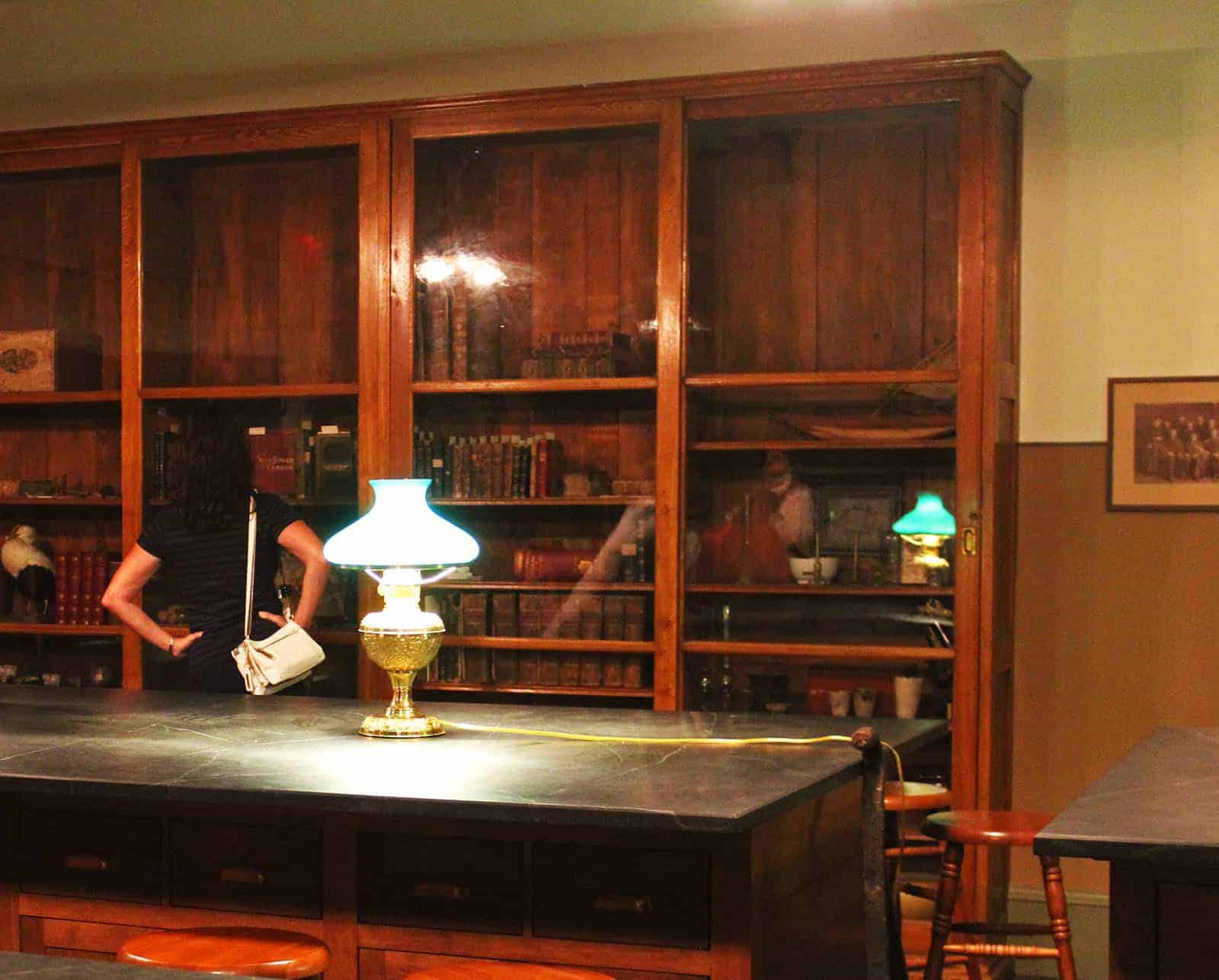 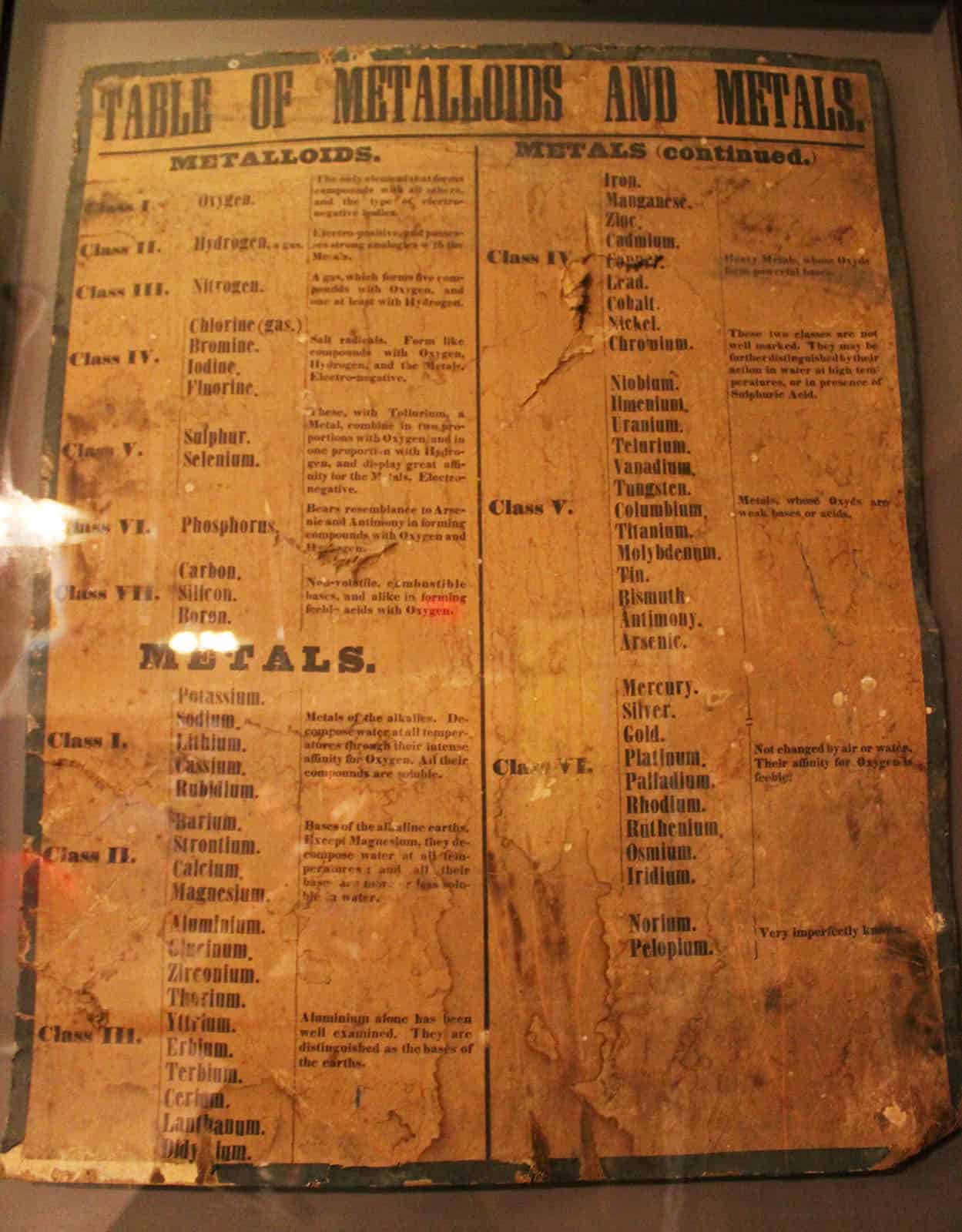 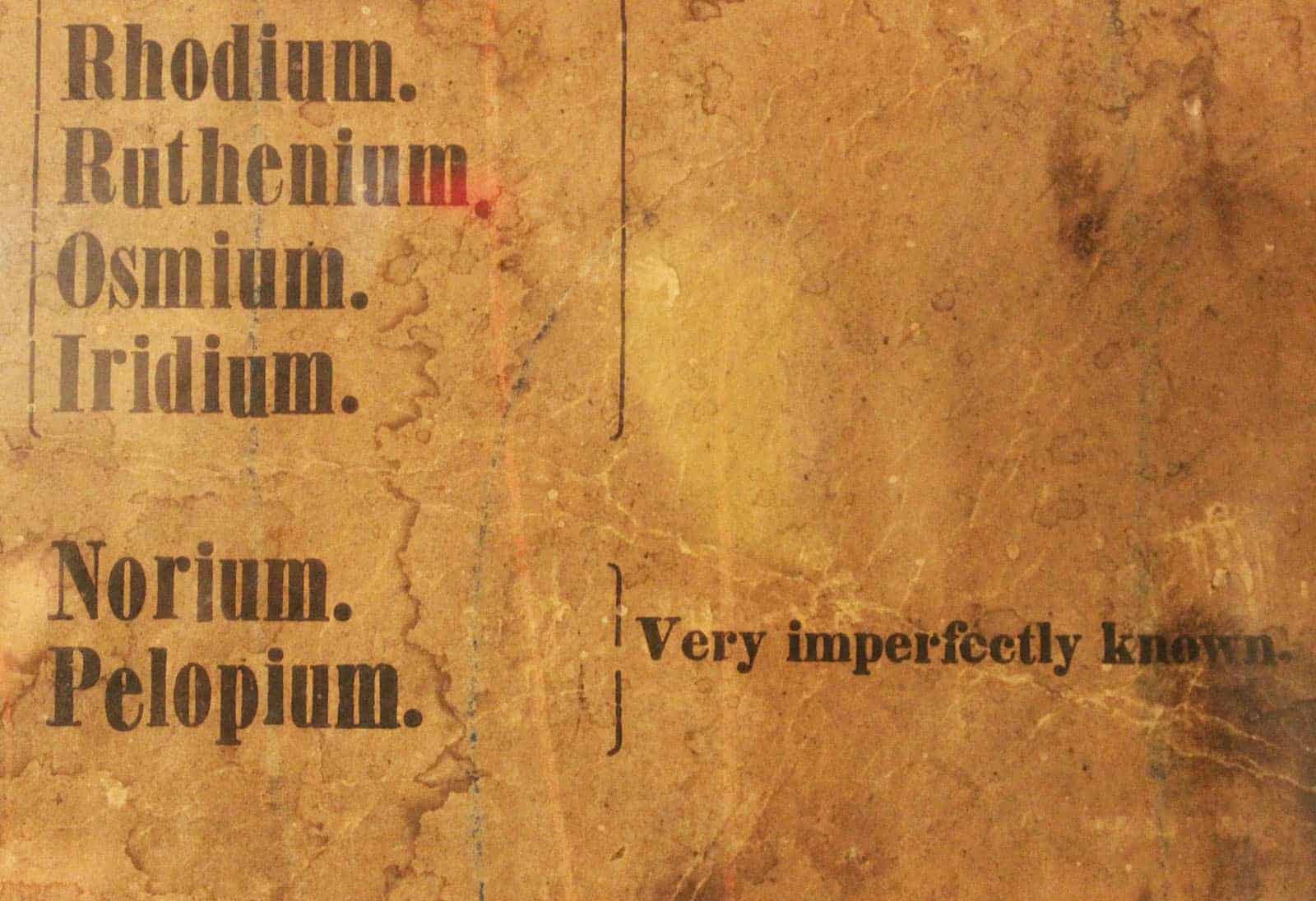 The last stop of our tour was the Library. This charming, Victorian library houses unique masterpieces dating all the way back to the 16th century. While Morrin College didn’t prove to be a success, the Morrin Centre building was also home to the Literary and Historic Society of Quebec (from 1824 to Present). It was Canada’s first learned society. They produced scholarly essays, gathered historical documents, helped to preserve Canada’s heritage, and fostered the foundation of the National Archives of Canada. Over time, the Society’s focus turned to the growth of its lending library, allowing public access to English-language books in a predominantly French-speaking city. Nowadays, the Morrin Centre is home to Quebec’s only English-language library, cultural centre, and historical interpretation site. Anyone is welcome to enter the library and read the books. Anyone is also welcome to join as a member of the library and borrow books for a small membership fee. 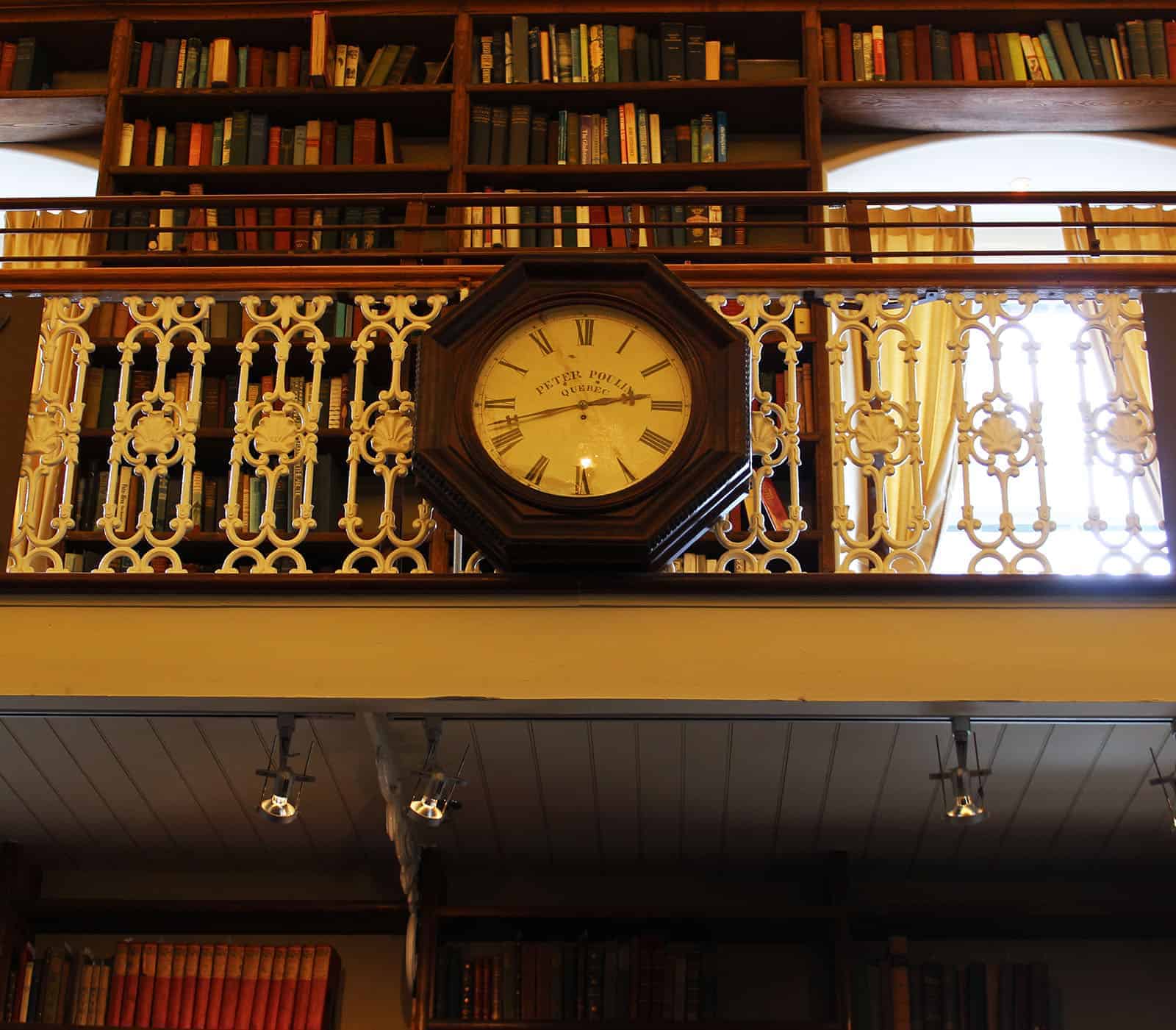 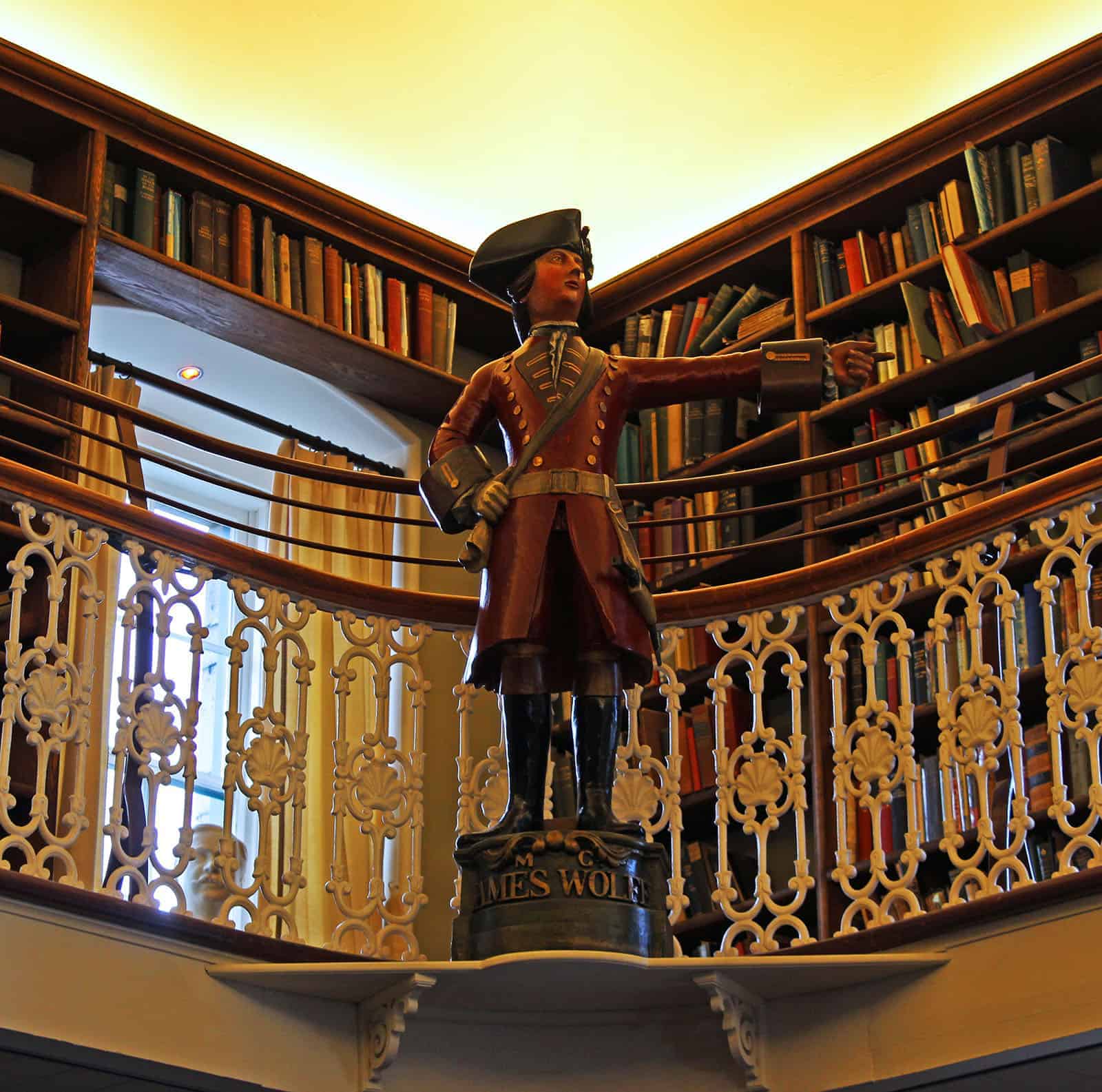 We had some extra time at the end of our tour, so Ben told us a story about the state of Major General James Wolfe pictured above. James Wolfe successfully led the British troops on the Plains of Abraham in 1759. This statue originally stood on a local street corner, pointing the way towards the Old Port of Quebec. The problem was…people hated the statue! First of all, the French-speaking people despised the statue as it reminded them of their defeat by the English. Next, it was far too short to be a statue, standing only about 5 feet high. And to make matters worse, it didn’t even resemble James Wolfe at all! One day, the statue disappeared. Two sailors had stolen the statue and took it back with them onto their boat. Their ship sailed away from Quebec and ventured all over the place, including destinations like Bermuda, and back to England. In England, the statue became part of a sign for a pub! After a few years in England, the James Wolfe statue was mailed back to the mayor of Quebec City. Inside the packaging box were stamps from all of the ports around the world that it had visited. This original statue is now safely protected inside the comforts of this English-language library, safe from destruction and kidnapping!

Guided tours of the Morrin Centre are only available from May 16th until the beginning of September. If you’re visiting in the off-season with a group, you can arrange for a tour (must have at least 8 people in your group). Admission is $8.75 per person (students are $6.50 and children 8 and under are free). The library is open all year around from 10am to 6pm, seven days a week.

Really interesting history that the Morrin Centre was the first jail in Quebec City, it is very well kept even after the jail is moved to somewhere else, which is nice. It’s very nice to know 2 women graduated from the Morrin College, good that many rooms and instruments used for study are still there over there well maintained.

This was a great way to spend a rainy day. It's such an interesting history from a prison to a school. What a great and educational tour. I love the traveling statue story! I think I would have totally freaked being in that simulated solitary confinement!

I love visiting old prisons for some reason.'the morbid stuff hold a fascination for me. How cool that it got converted into such a pretty college afterwards! But funny that it never had more than 28 students, heh. I love that picture of the spines of antique books, btw. I love old books!!

I really like the story of the traveling statue. Nowadas, it'd be all over Instagram or Facebook. This does look like a good rainy day activity. I cannot begin to imagine a university with a total enrollment of 28 people. I wonder how many professors it had. I'm so so glad Justin let you back out of jail.

Wow! A visit to a prison and a taste of solitary confinement - that is one special way to spend a rainy day 'inside.' And Morrin Centre looks like a great escape from the rain as well - I love the architecture of the library!!

I'm Lauren Yakiwchuk, nice to meet you! I'm a part-time traveler and full time travel blogger and content creator, based in the Toronto area.

I love writing about outdoor adventures, exploring cities and small towns, hiking, yoga and wellness, coffee, and the best vegan food from around the world. Justin Plus Lauren is one of the first vegan travel blogs - I've been vegan since 2009 and vegetarian all my life.

You can learn more about me here. I also own a second blog called Ontario Hiking, all about hiking in Ontario, Canada.