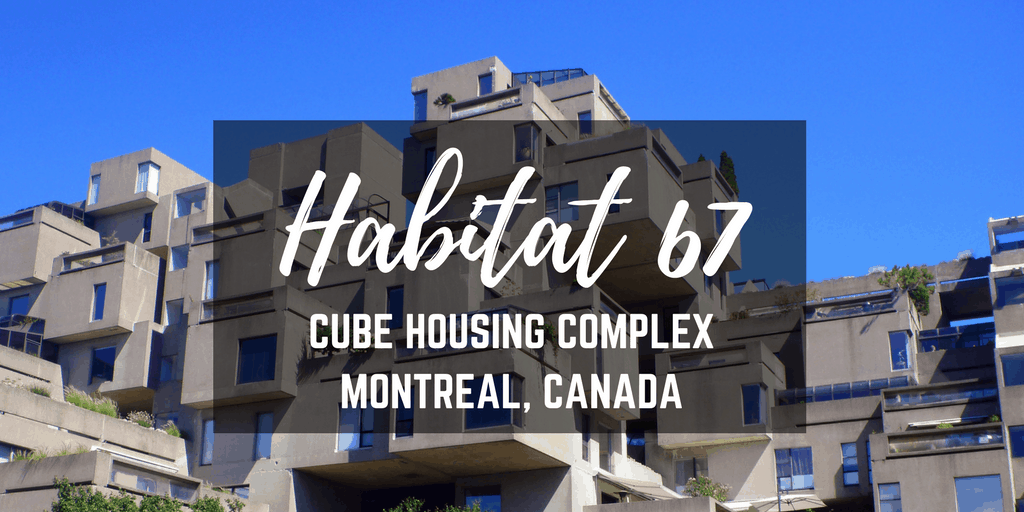 Habitat 67 in Montreal has a unique architectural style I haven’t seen anywhere else.

Next to the St. Lawrence River, Habitat 67 in Montreal is an interesting housing complex. Designed by Israel-Canadian architect, Moshe Safdie, it was built as a pavilion for Expo 67. While it was conceived as a way to revolutionize housing around the world, it never quite stuck. There weren’t any others designed that used this one as a model.

However, this particular housing unit was a success as people still live there to this date (and it’s a sought after property!). In addition, it’s a bit of a tourist attraction for architecture lovers.

Only two pavilions from Expo 67 remain in tact – the dome that’s now home to the Montreal Biosphere, and Habitat 67.

A WAY TO IMPROVE LIFE

Habitat 67 in Montreal was created as a way to improve life for the urban dwelling middle class. Each unit has access to a private garden, built on top of the roof of a neighbouring apartment. Each cube was built at a factory with one to four bedrooms.

One reason why this structure failed?  Though aimed at a mid to lower class in society, they quickly became one of the most expensive apartments to rent in Montreal, despite being outside of the city centre.

An architectural style called Metabolism influenced Habitat 67 in Montreal. Those who followed Metabolism felt that buildings should be designed as organic, living, interconnected webs of cells.

The most famous building of Metabolism is Japan’s Nakagin Capsule Tower, and I can definitely see how Habitat 67 looks similar.

In this example, Habitat 67 functions as a balance between cold, concrete cubes and a living, breathing nature. 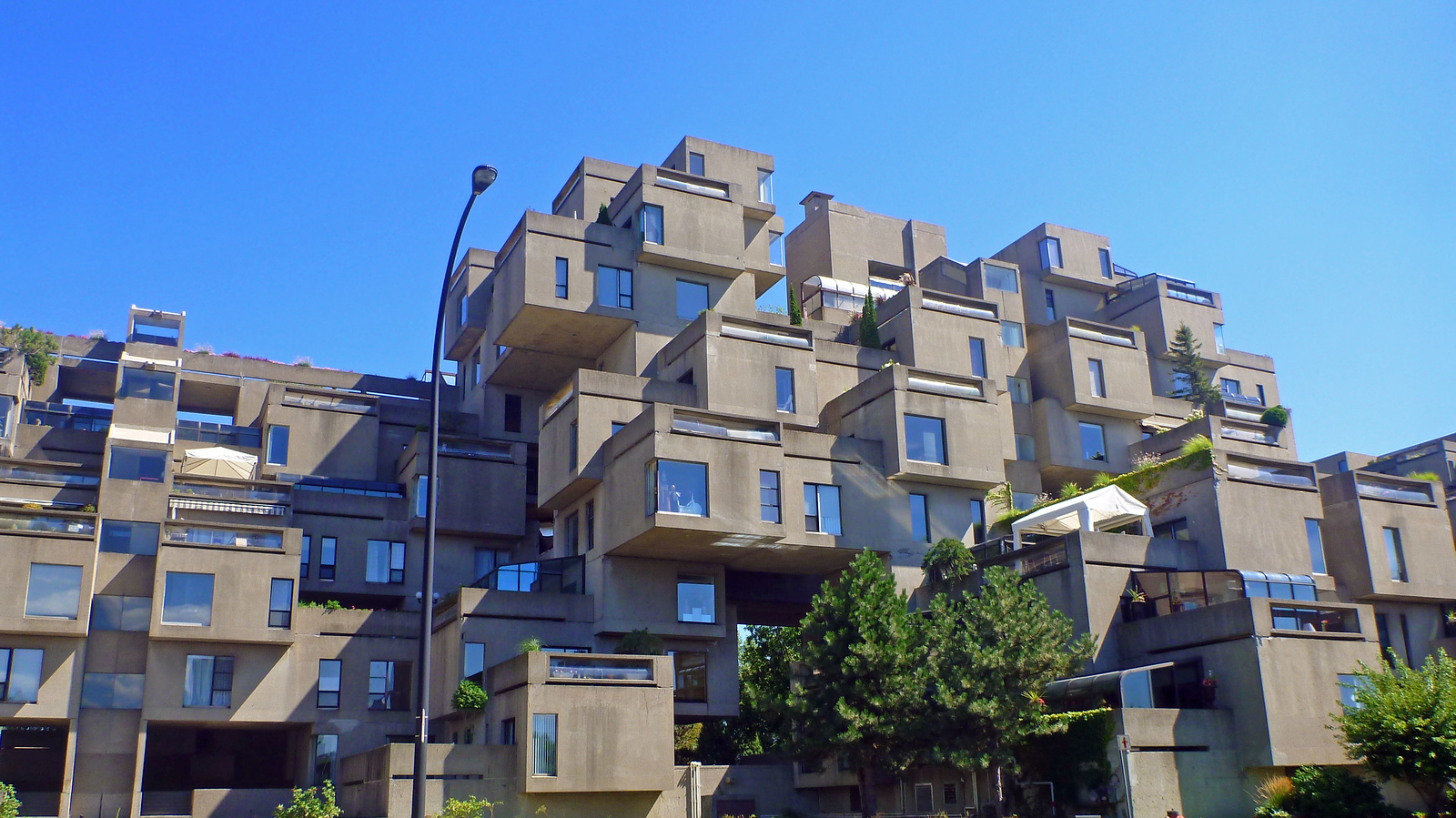 Today, Habitat 67 in Montreal is a popular residence and a community in itself. Many of the cubes that were singular apartments are connected together for sprawling residences with multiple terraces. The views of the river and the city skyline are beautiful.

In 2009, Habitat 67 was granted heritage status by the Quebec government.

I highly recommend driving away from downtown Montreal to catch a glimpse of Habitat 67, especially if you love discovering unique architectural style and a piece of living history. Definitely add this to your list of things to do in Montreal. 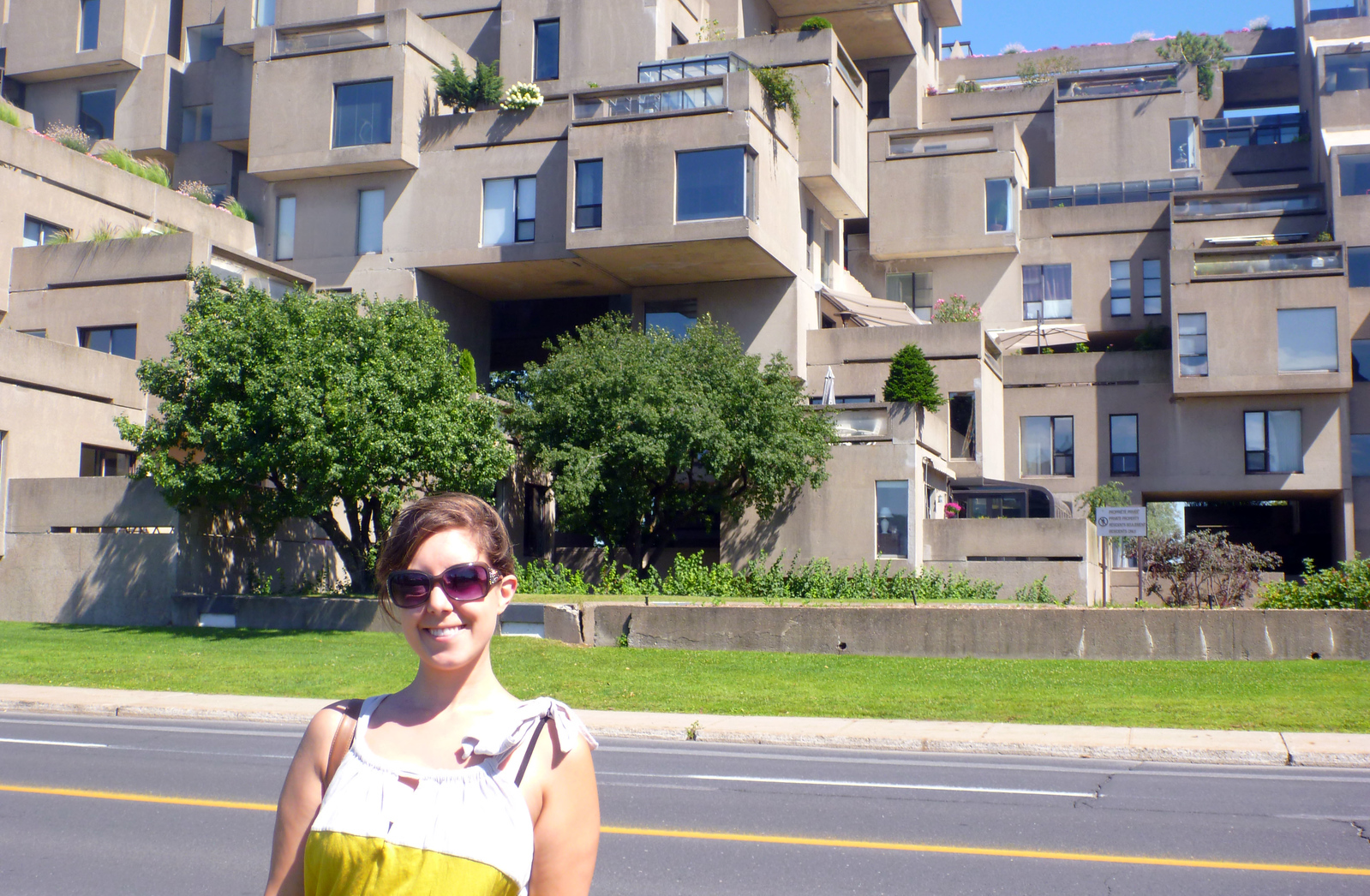 WHERE TO STAY AND EAT

For delicious vegan food, we highly recommend that you try Aux Vivres (awesome for brunch and dinner!) and La Panthere Verte (best falafel in Montreal!).

Justin and I enjoyed three luxurious evenings at the Hotel Montreal Bonaventure. The rooms are spacious and comfortable, and we took full advantage of the rooftop swimming pool, especially during the evenings after long days of exploring the city. It’s easy to walk all over the city from this hotel, and that’s exactly what we did!

Would you like to see more photos from Montreal? Check out our entire Montreal travel photo album from this trip. 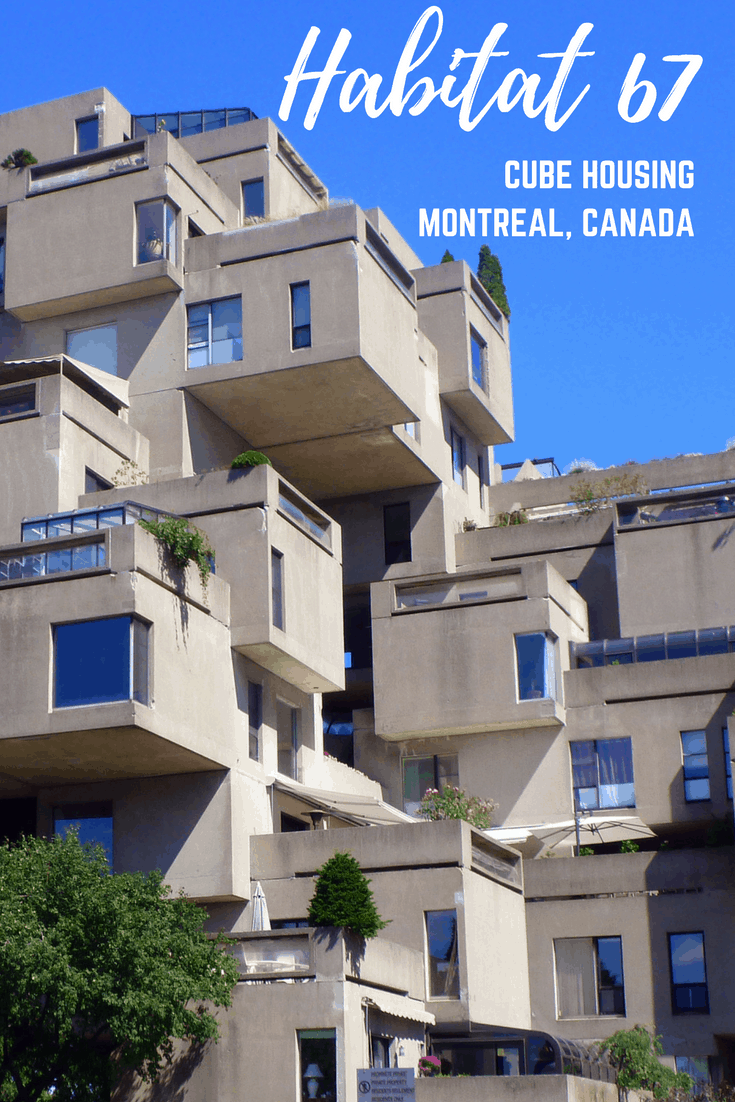 What’s the coolest architecture you’ve seen on your travels?

0shares
One Day in Montreal: A Self Guided Walking Tour of the Best Things to Do in Montreal
← Previous
Niagara Vintage Wine Tours in Niagara on the Lake
Next →
Click here to cancel reply.

Mmmm Montreal Bagels, they are so dangerous! Usually I eat them until pleasure turns into the pain.

They are dangerously good, you're right. Anytime I can get my hands on some, they're gone almost instantly!