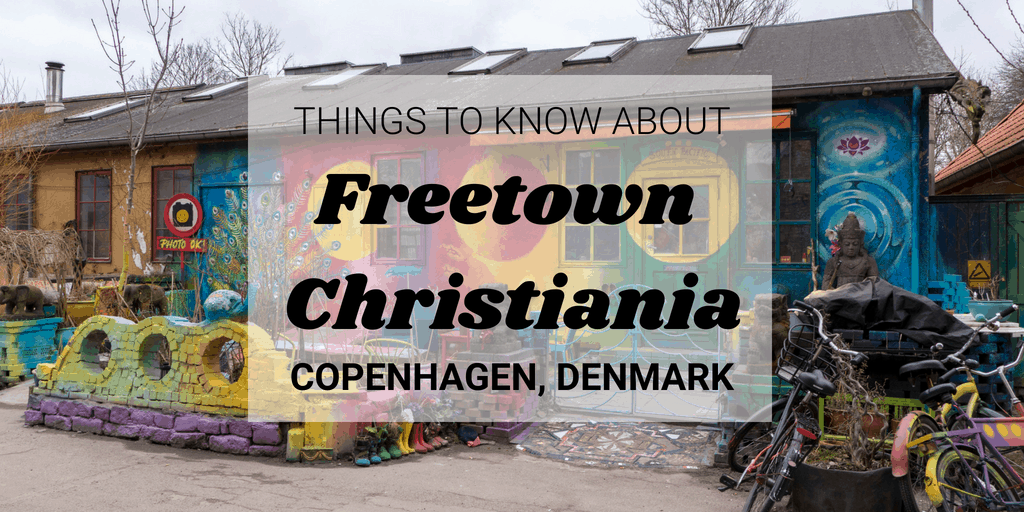 Have you ever heard of Freetown Christiania?

Maybe it’s because I grew up with the understanding that you should live according to your own principles. I was raised in a vegetarian household in the 1980s, which was not seen as “normal” back then. When I embraced veganism, I only knew of maybe one other person who followed the lifestyle. However, it’s okay to be a little different. You don’t need to conform to the status quo. I’ve never been afraid of being myself.

I always had an interest in counter-cultural movements and even studied them throughout university. Even if it’s not totally my thing, I embrace and try to understand the unusual, the offbeat, and the bizarre things that make our world so terribly interesting.

Ever since I learned of Freetown Christiania in Copenhagen, I knew that I had to visit. Christiania has such an intriguing history. Furthermore, it’s just so quirky, colourful, and even a bit alarming.

If you have an hour to spare on your trip to Copenhagen, I recommend making the trip to Freetown Christiania. It’s unlike any other place in the world. 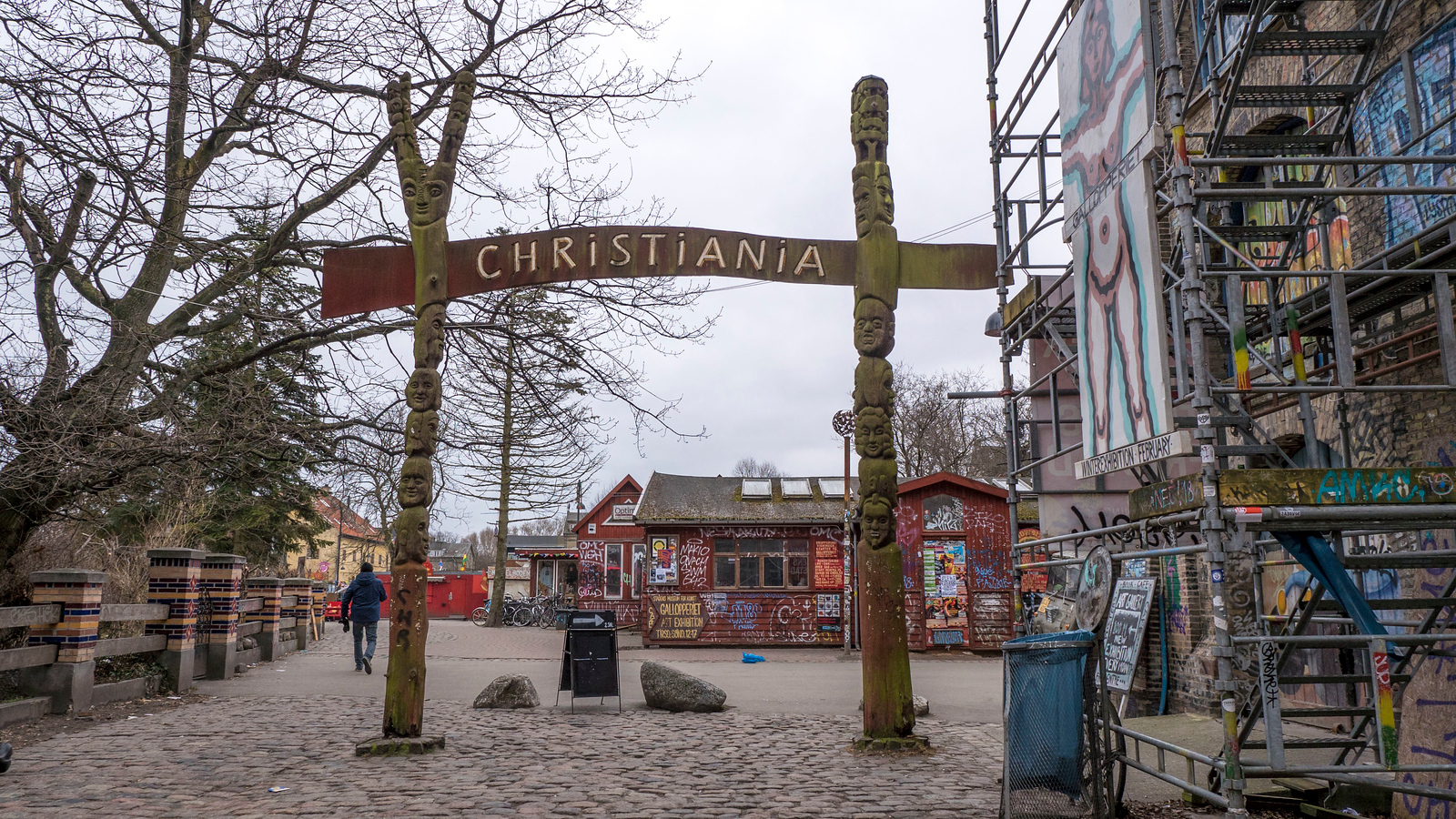 WHAT IS FREETOWN CHRISTIANIA?

Christiania is a self-proclaimed autonomous district in the Christianshavn neighbourhood of Copenhagen, Denmark. It is an anarchist community on the site of a former military barracks.

In the 1970s, homeless people started to live in the empty buildings. This was partially as a protest to the Danish government and also because there was a significant lack of affordable housing in Copenhagen. In 1971, Christiania was officially established, as declared by Danish journalist, Jacob Ludvigsen. He wrote an article announcing the official proclamation of this new free town. He was also the co-author of Christiania’s mission statement:

The objective of Christiania is to create a self-governing society whereby each and every individual holds themselves responsible over the wellbeing of the entire community. Our society is to be economically self-sustaining and, as such, our aspiration is to be steadfast in our conviction that psychological and physical destitution can be averted.

The residents of Christiania follow counter-cultural beliefs based in the hippie movement, anarchism, the squatter movement, and collectivism. They fly their own flag, have their own currency, and sing their own anthem. They don’t consider themselves part of Copenhagen, Denmark, or the European Union. Those living in Christiania don’t pay taxes. Approximately 900 people live in the commune, with even second or third generations of families growing up there. 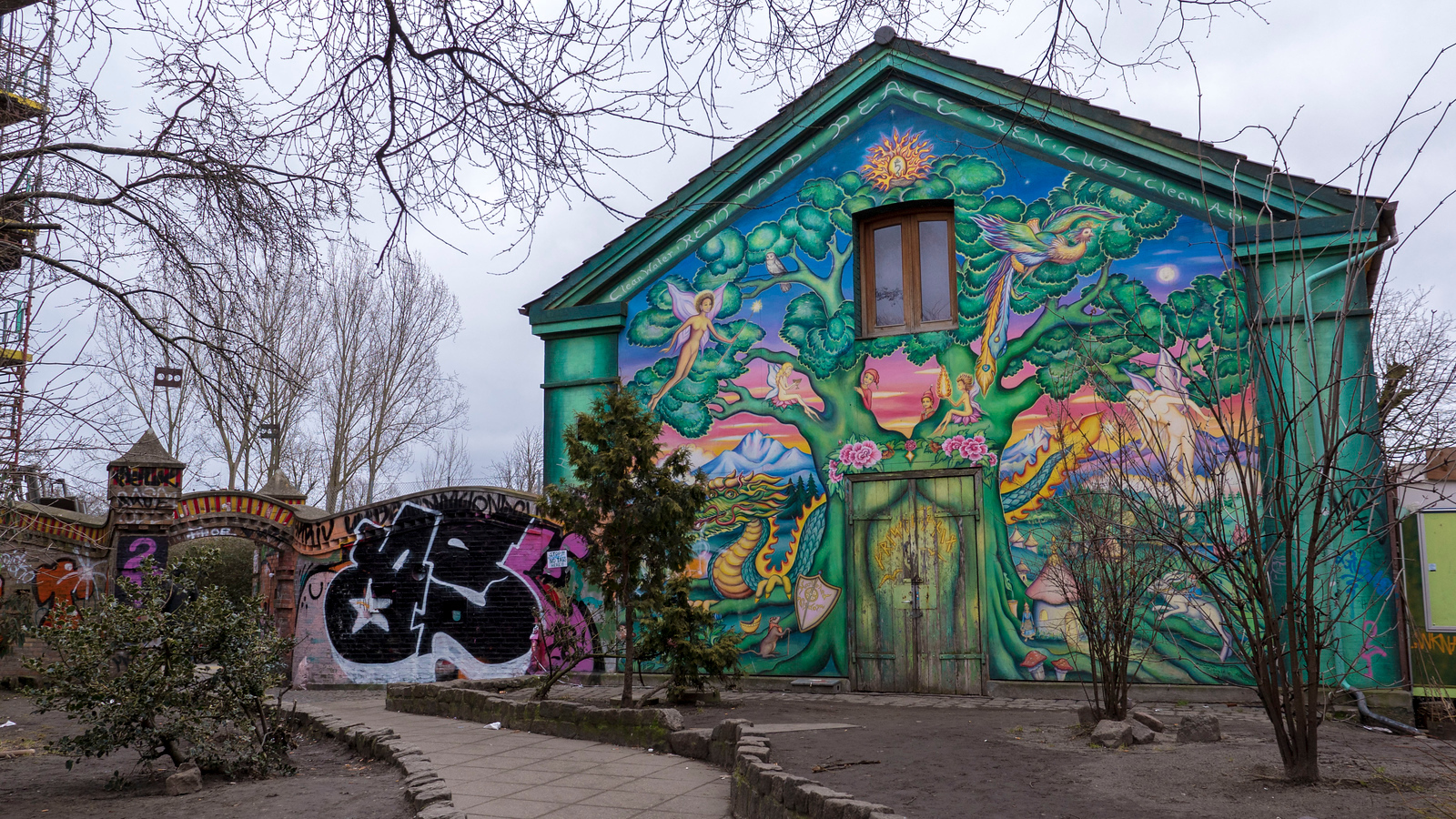 There aren’t many rules and laws in Christiania, except for a few key ones to note. First, Freetown Christiania is a community free of violence. There are no guns, knives, or bulletproof vests. Also banned from the community: bikers’ colours, hard drugs, and stealing of any kind.

Smoking marijuana, however, is a massive part of the lifestyle. Even though it’s illegal in Copenhagen, cannibis is sold by many dealers on Pusher Street. Even though there are continually police raids of the community, you’ll still find drug dealers in the Green Light District of Christiania. Sales resume moments after the police leave, so it’s hard to pinpoint the purpose of these raids.

Don’t run in Christiania. Running promotes panic and fear. The residents won’t know if you are running from someone or something. 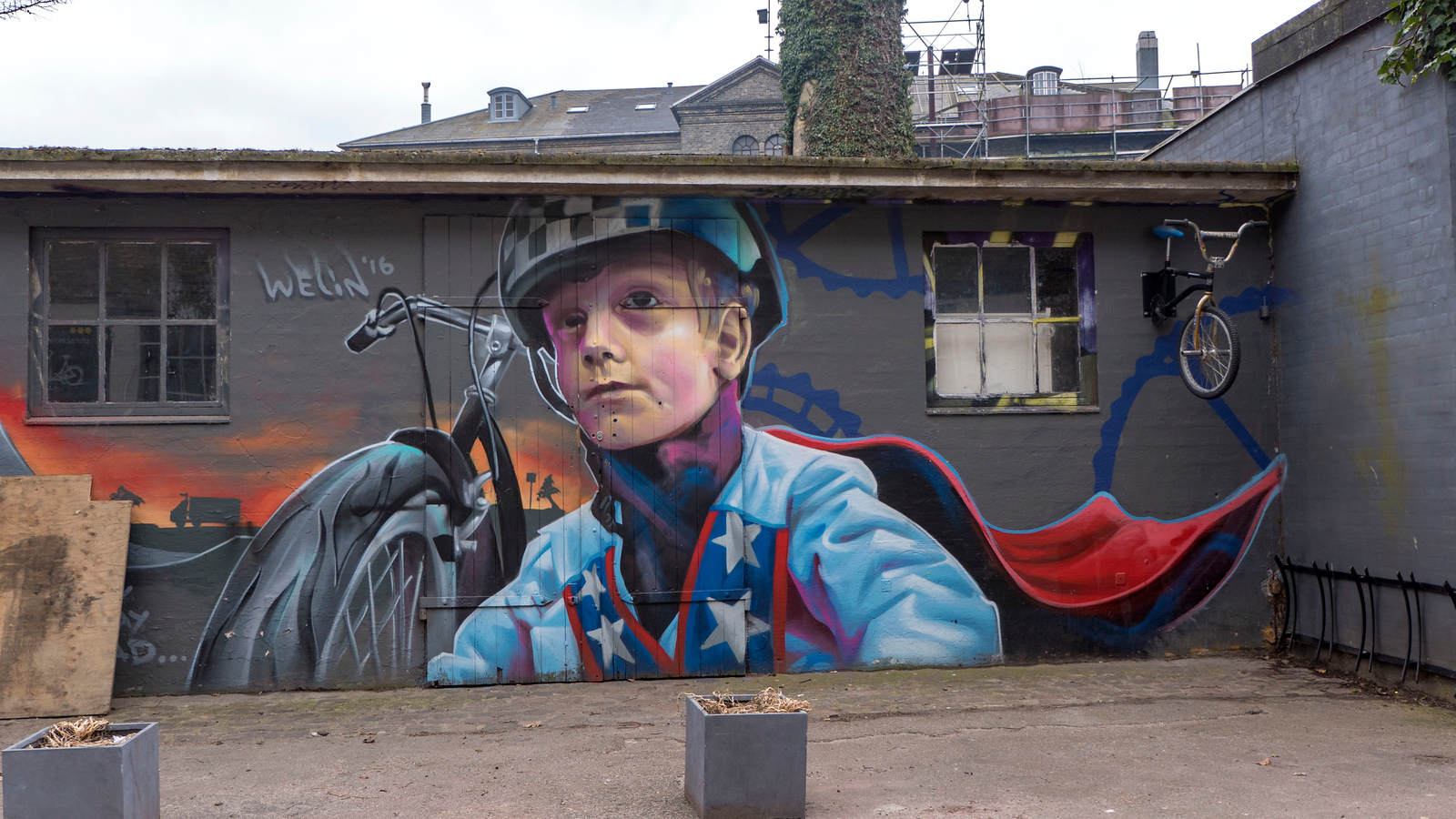 Christiania is a car-free zone. There’s a popular place to rent bicycles with carts on the back of them. Everyone I saw there either walked or rode a bike. It certainly keeps with the green and environmentally-friendly beliefs of the commune.

You can’t take pictures on Pusher Street, also known as the Green Light District. Understandably, drug dealers do not want to be photographed. Visitors used to never be able to take any photographs within the commune at all. However, the rules are a little more relaxed now. Feel free to snap a few pictures, as long as you’re being sensitive about it. Don’t take pictures on Pusher Street and don’t photograph any people, especially without their permission.

For this reason, I don’t have any pictures from Pusher Street, even though most of the best street art was within that stretch. You’ll just have to go there to see for yourself. 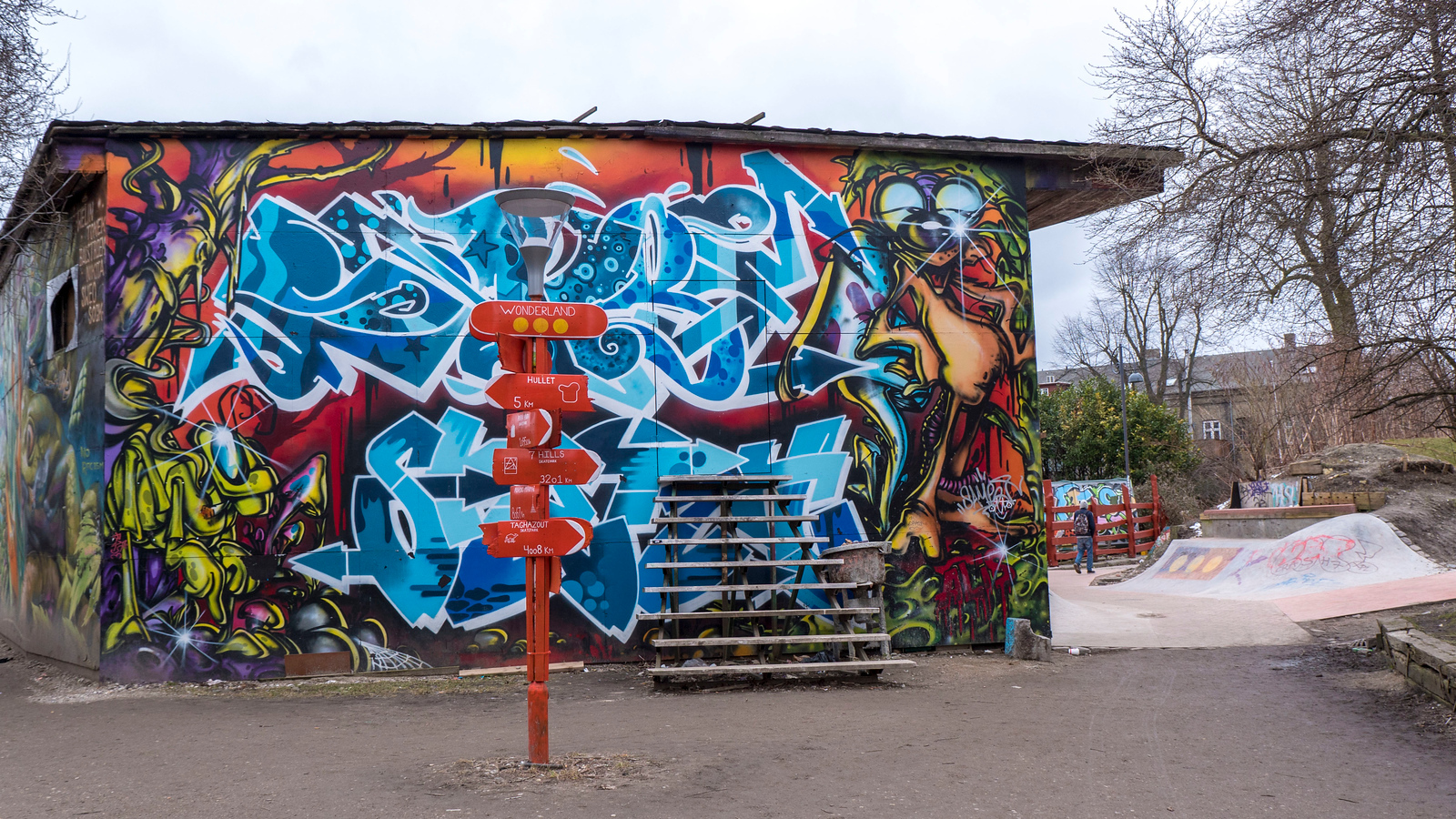 Freetown Christiania is a paradise for lovers of street art. Bright and colourful paintings covered nearly every wall or surface. Keeping with a no-waste attitude, many works of art are created from reused materials. Nothing in Christiania is wasted, even if it isn’t as attractive. Old tree stumps are left to rot as they can attract certain insects and birds, leaving a positive impact on the ecosystem.

Even if all you do in Christiania is walk around and appreciate the street art, it’s well worth the trip. 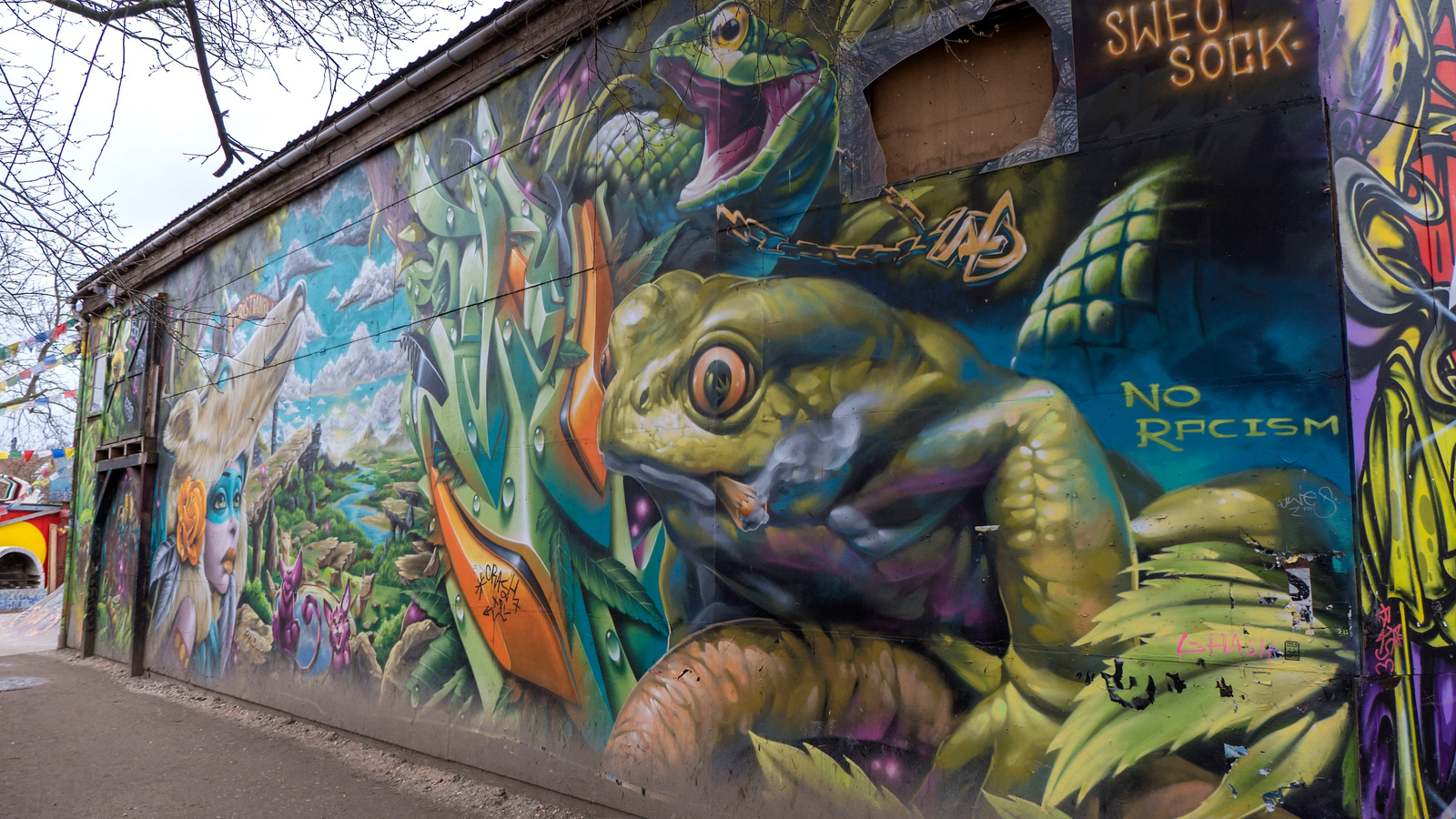 Keeping with the green and natural lifestyle, Freetown Christiania has lots of vegan and vegetarian food for such a tiny community.

Morgenstedet is a vegetarian and organic restaurant in Christiania. The menu blends various cuisines from around the world as the chefs have different cultural heritages. The prices are reasonable and lower than other dining options in Copenhagen.

Grønsagen is another restaurant in town serving meat and veggie options at their buffet. You pay by how much food you put on your plate. Fresh fruit and vegetables are also available. 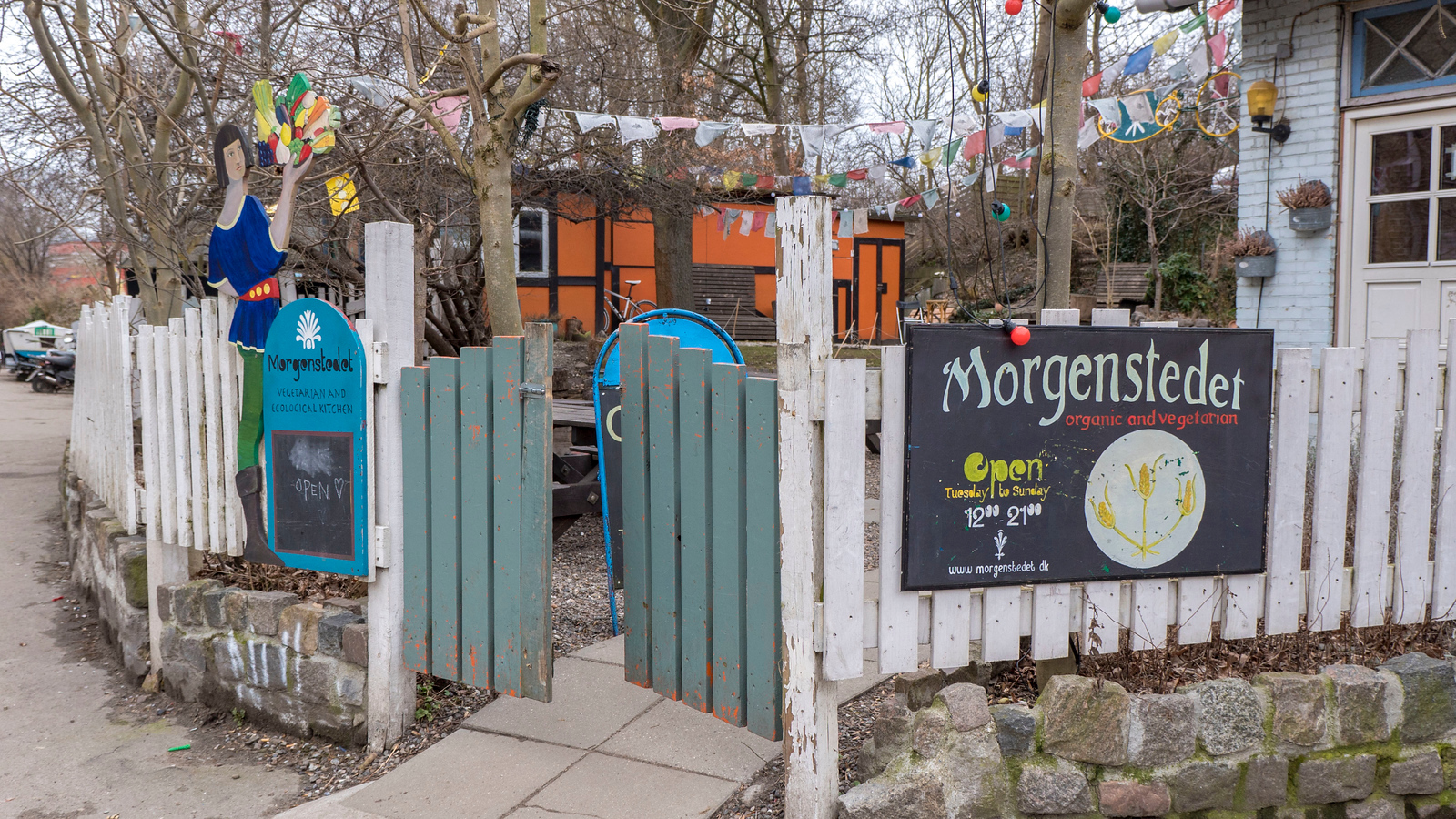 I wandered around Freetown Christiania early on a Sunday morning, around 10:00am. On this brisk, March day, there really weren’t many other people around. I walked the streets on my own, seeing a random person or roaming dog on occasion. It was very peaceful and quiet.

I didn’t see any drugs for sale on Pusher Street, though I did see a few men setting up their stalls. The Green Light District was most likely much more action-packed later in the day.

I had an eerie feeling from time to time as I explored by myself. Christiania almost has a post-apocalyptic atmosphere in certain spaces. It reminded me a little bit of The Walking Dead. Muddy paths, crumbling structures, and messages spray painted onto plywood gave off unsettling vibes. 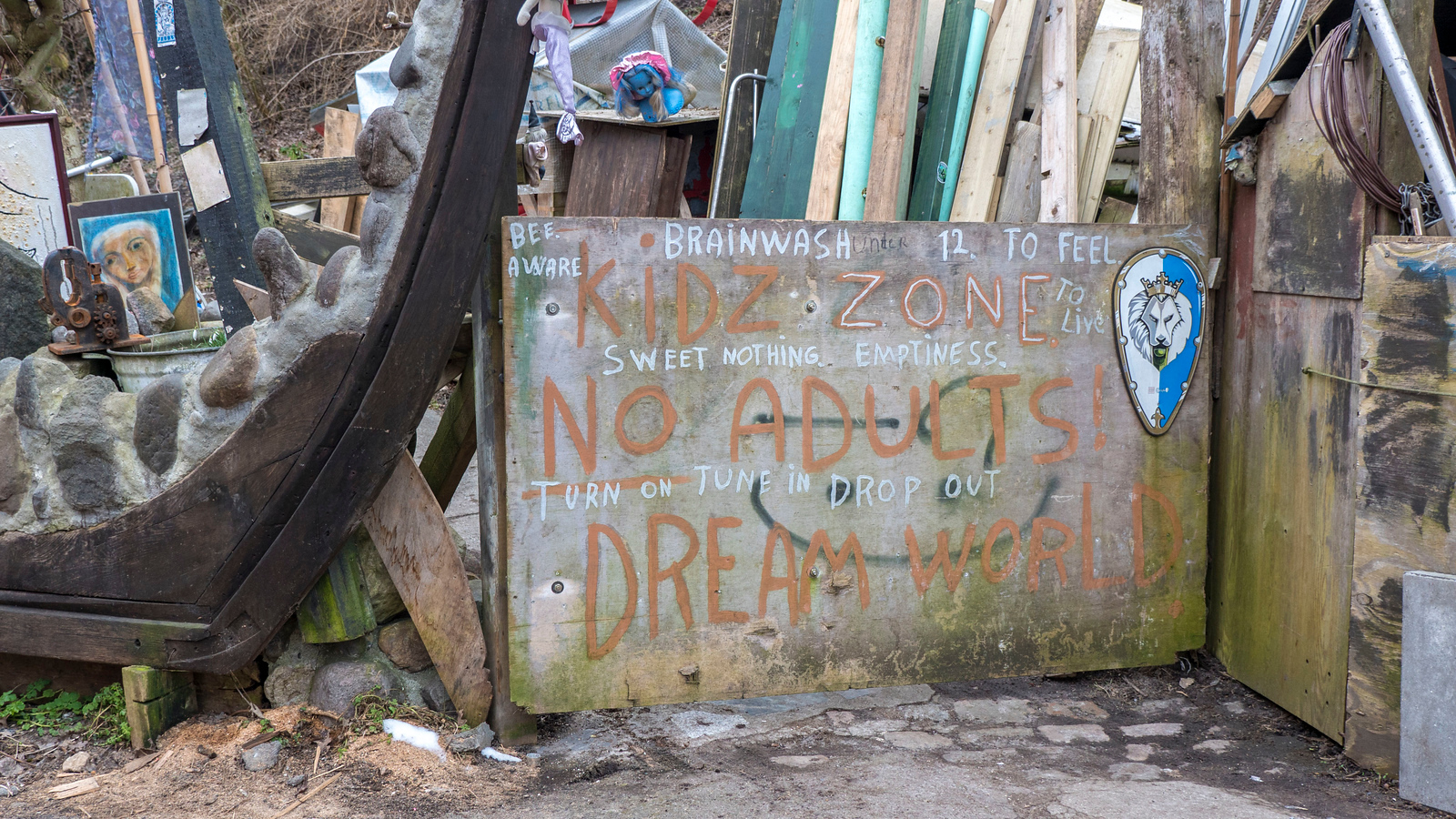 Although I was perfectly safe walking around Christiania on my own, I’d hesitate to visit on my own at night.

If you’re unsure about checking it out on your own, you can take a walking tour from companies in Copenhagen. I’ve even read that some locals will do walking tours, too (didn’t see that option while I was there, but would love to hear a local’s perspective). I’ve heard that the residents are super friendly and kind, but I didn’t see very many people around on a Sunday morning.

If you’re seeking more energy and activity, I suggest visiting in the afternoon. However, Christiania is one of the most popular tourist attractions in Copenhagen and more crowded later in the day. 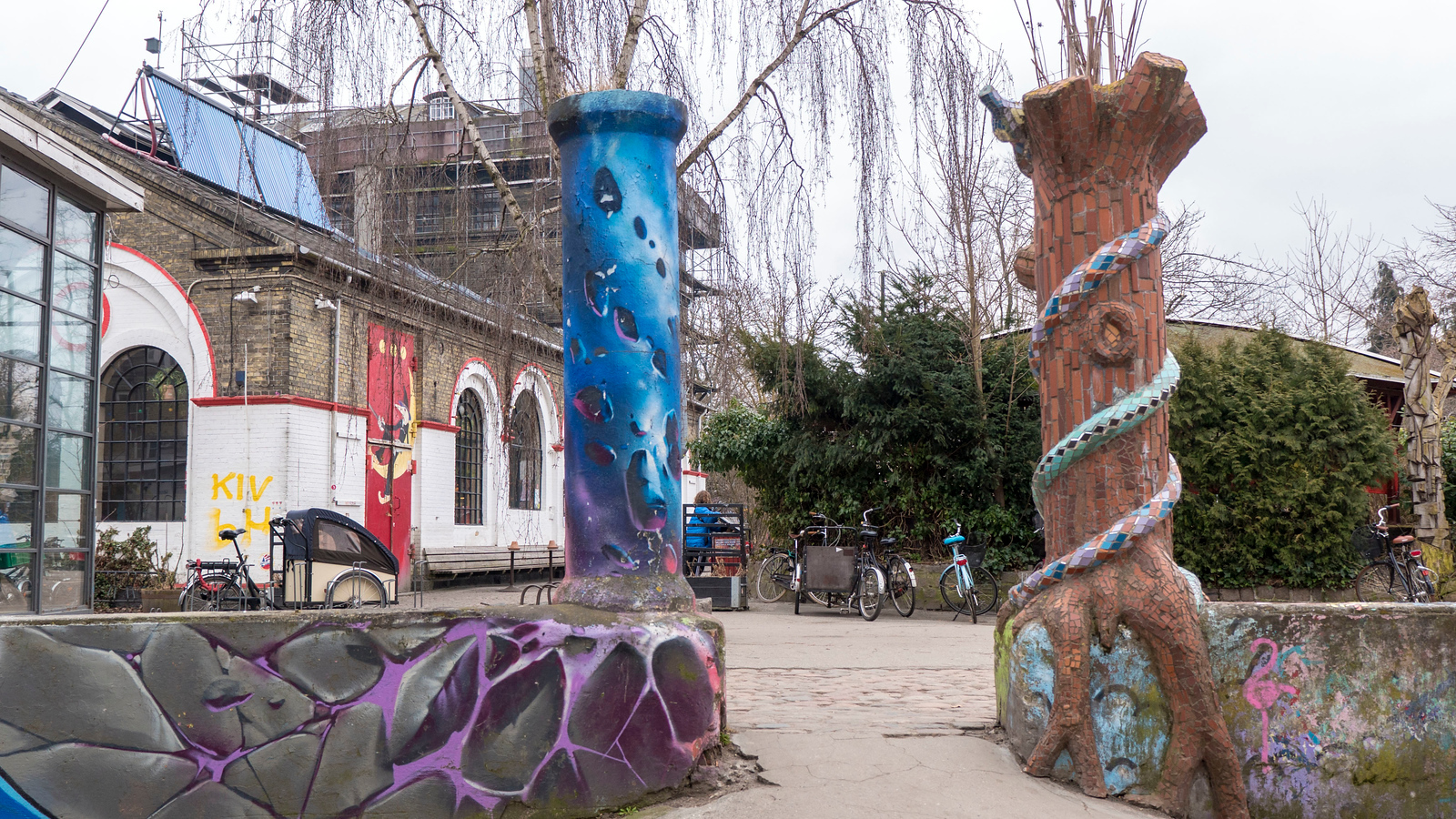 I walked to Christiania from my hotel, Wakeup Copenhagen Borgergade. Walk past Nyhavn and across a bridge, and you’re almost there. Alternatively, you can take the train to Christianshavn Station and it’s a short walk from there.

I’ll leave you with some more photos of Christiania so you can get a feel for the atmosphere, check out the beautiful street art, and catch some small glimpses of this unique community. 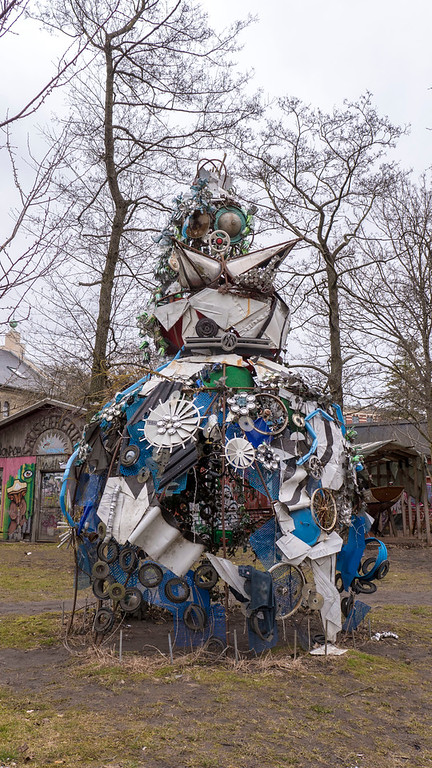 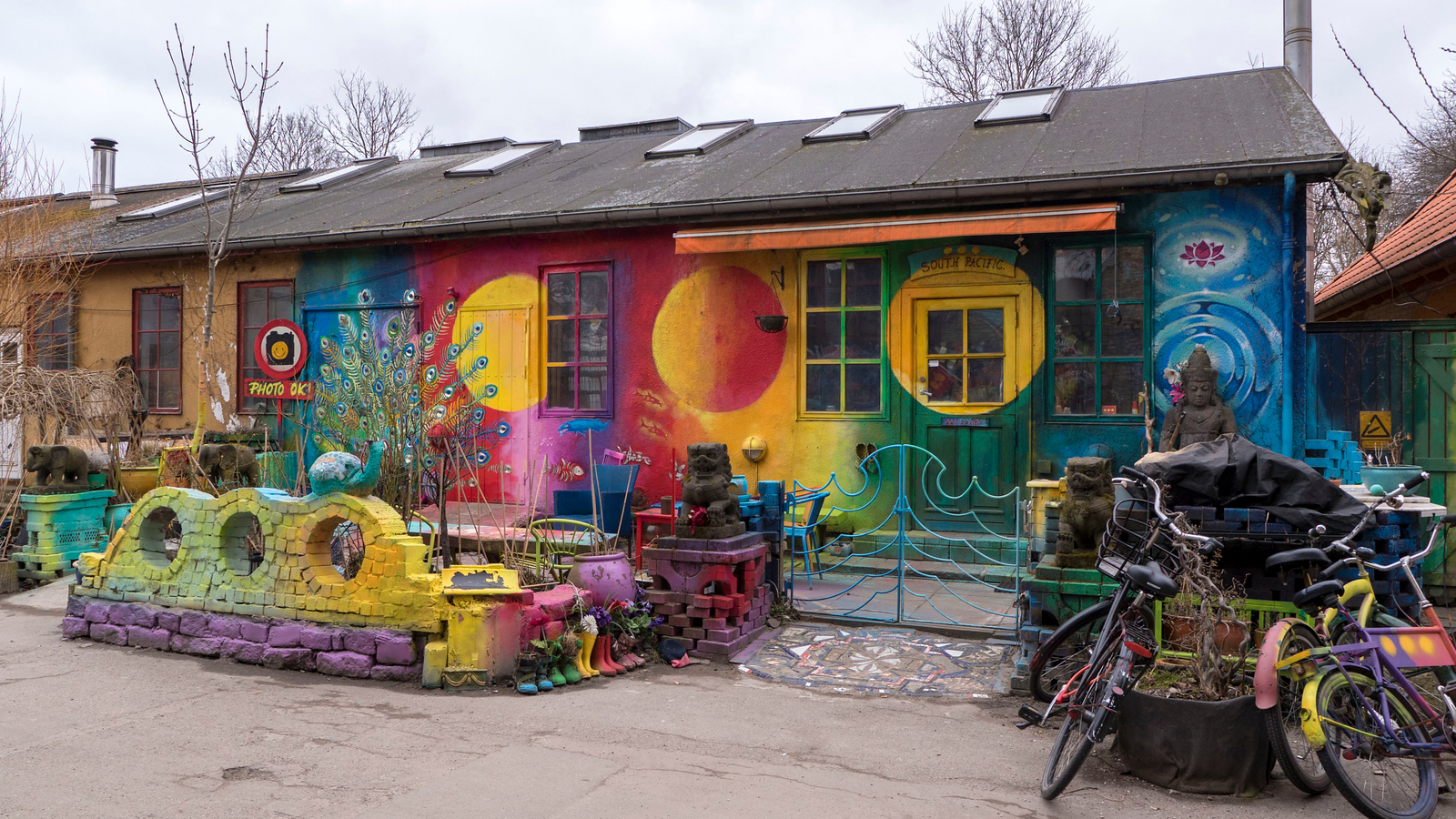 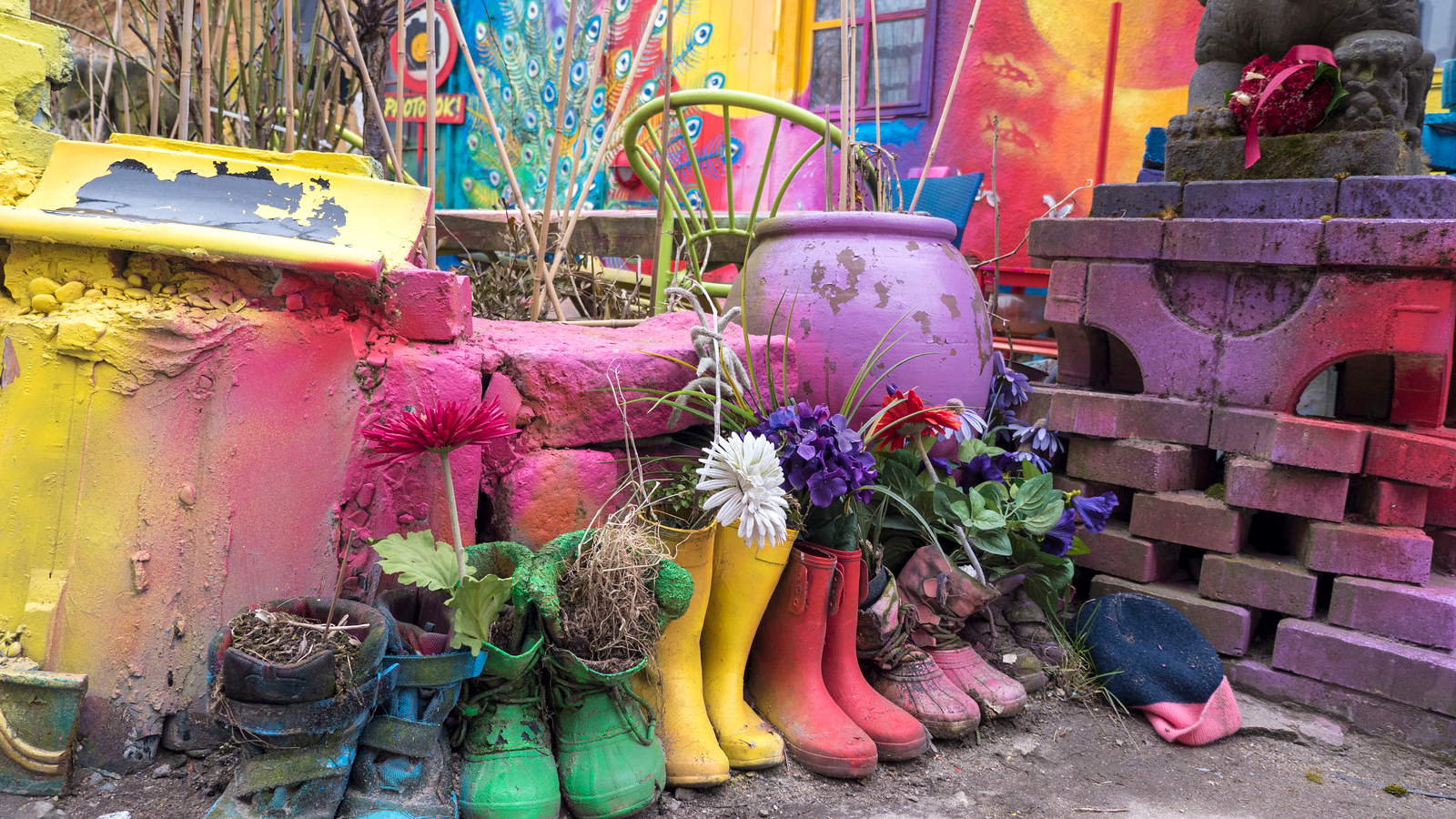 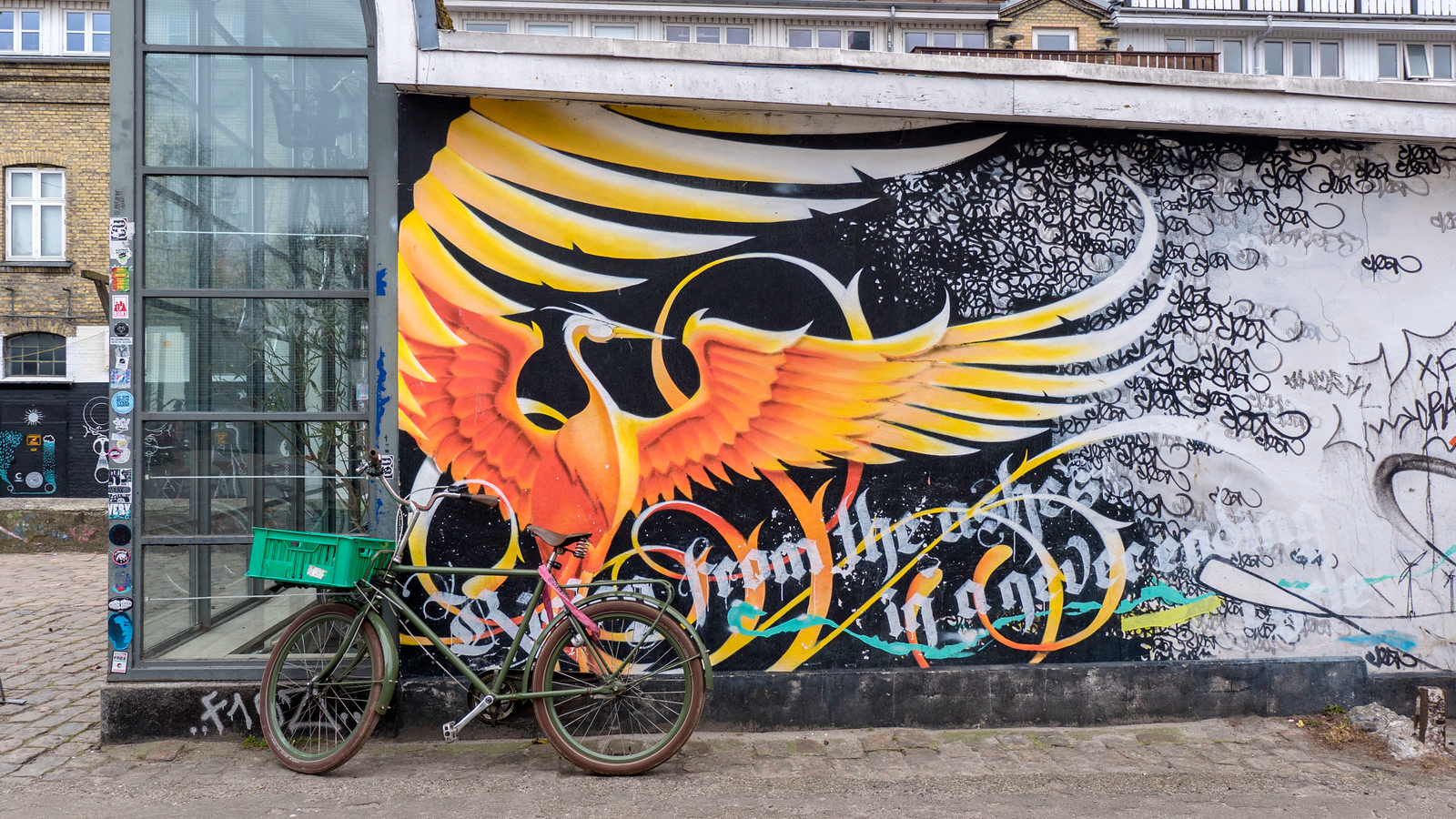 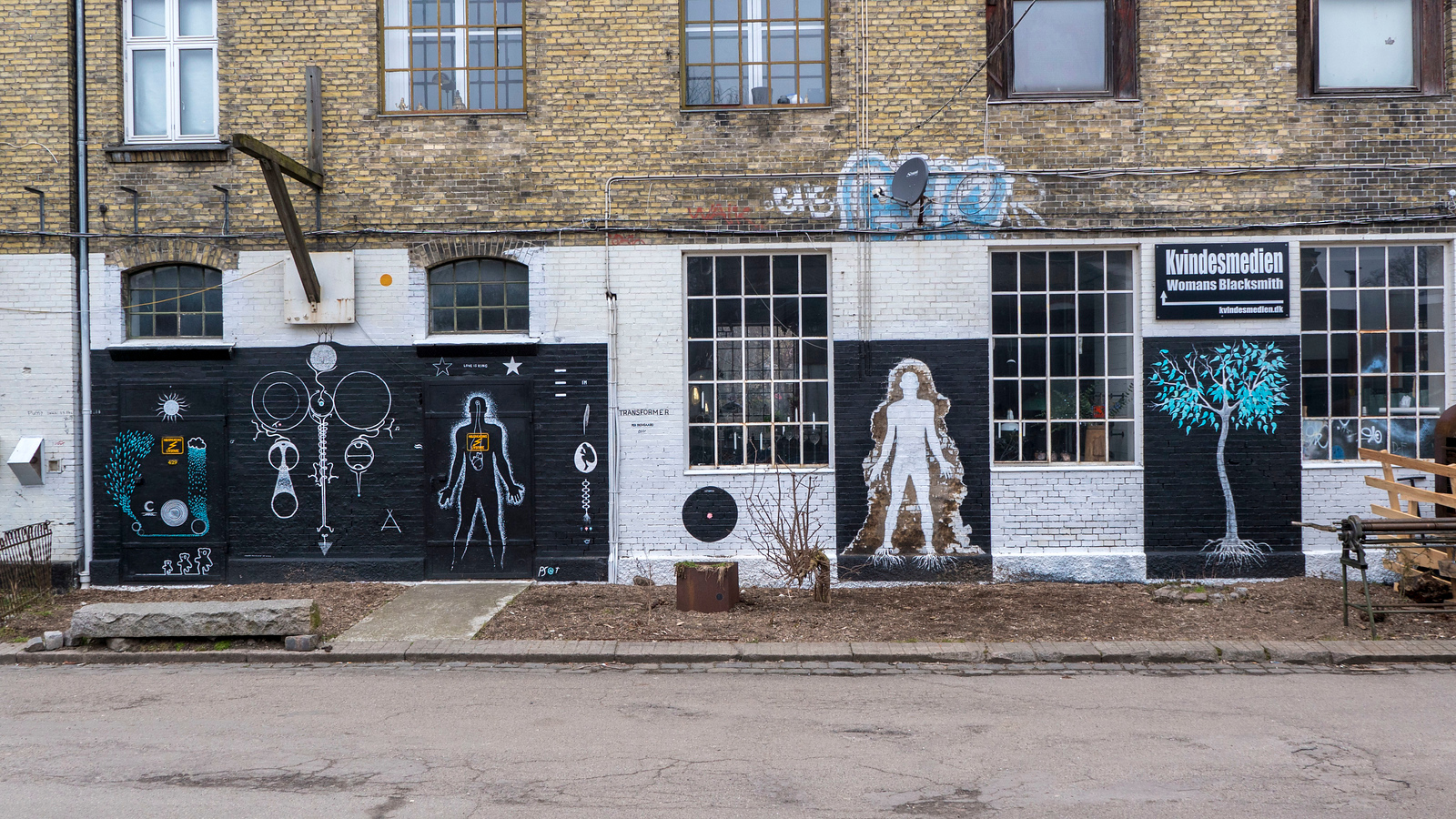 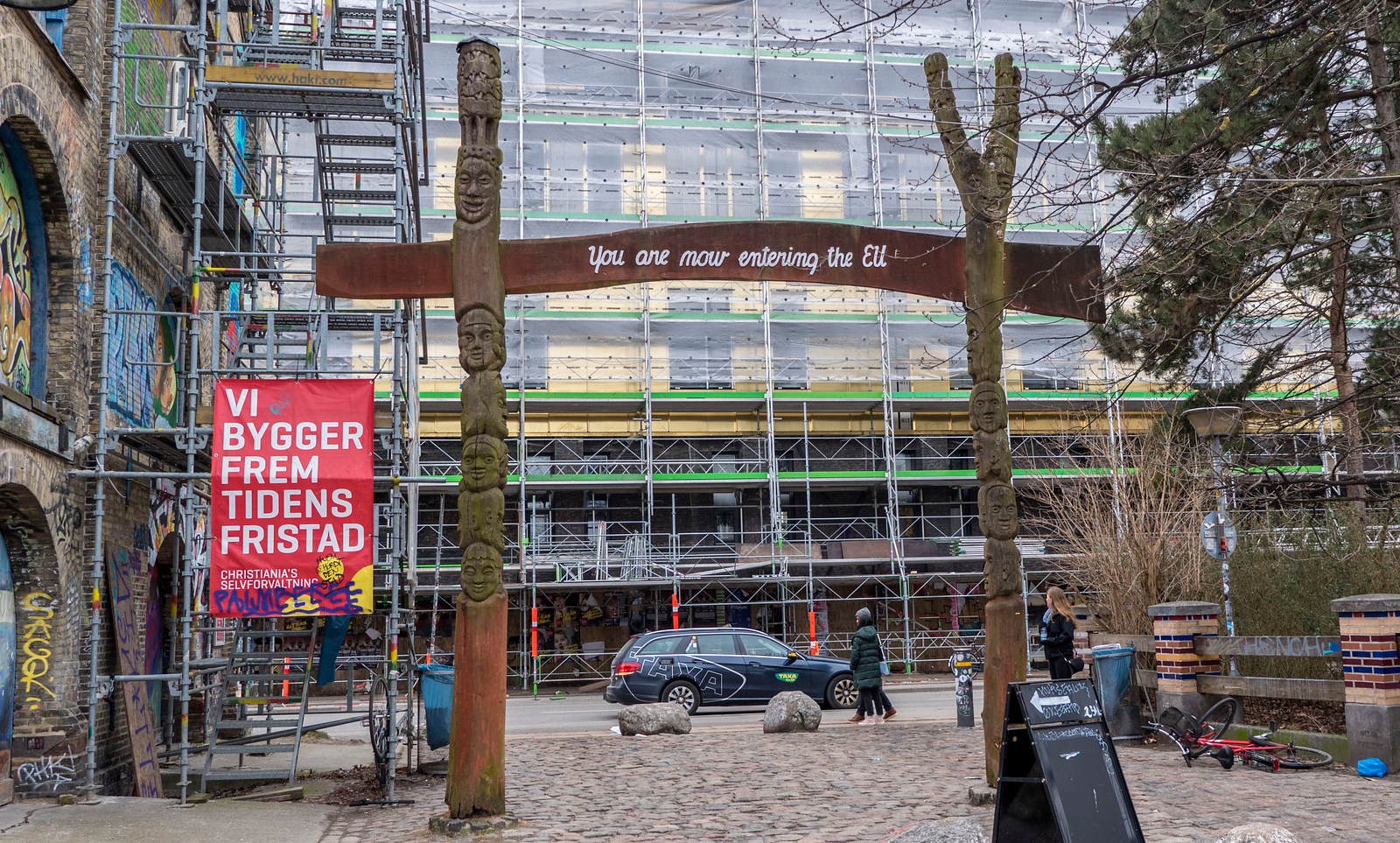 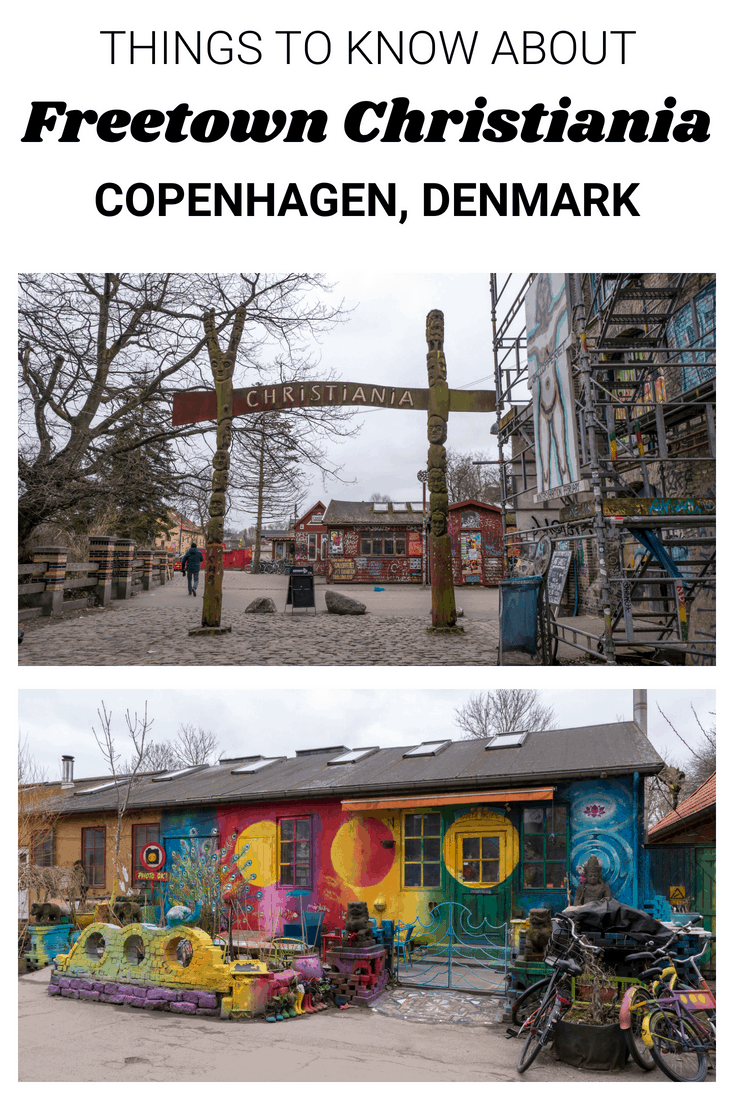 Have you ever been to Christiania? What are your overall impressions (or first impressions from my blog post)?

Such a beautiful town, love the street art.