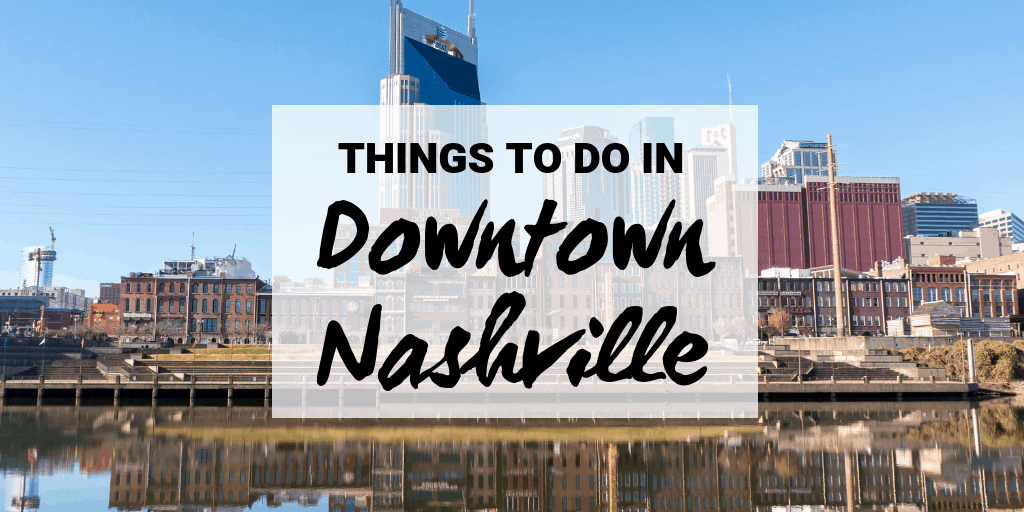 Here are the best attractions and things to do in downtown Nashville, Tennessee.

Can I be perfectly honest with you? I’m not a fan of country music. I don’t mind rock music that’s a little bit country-ish but I’ve never quite understood the appeal of it all. Obviously, it’s an immensely popular genre and I know that many people flock to Nashville specifically for the cowboy bars and country music. But, what if you travel to Nashville and you aren’t into the country music scene? Don’t worry, there are so many things to do in downtown Nashville. There are so many downtown Nashville attractions that will keep you busy on your trip.

I spent 3 days in Nashville, and there’s still so much more to do when I return. When I went to Nashville, it was in early December before Christmas. I spent some of my time getting caught up in a few Christmas festivities. However, this travel itinerary for things to do in downtown Nashville is perfect for any time of year, no matter when you visit. Alright, let’s get to it – here are the best downtown Nashville attractions that you need to see! 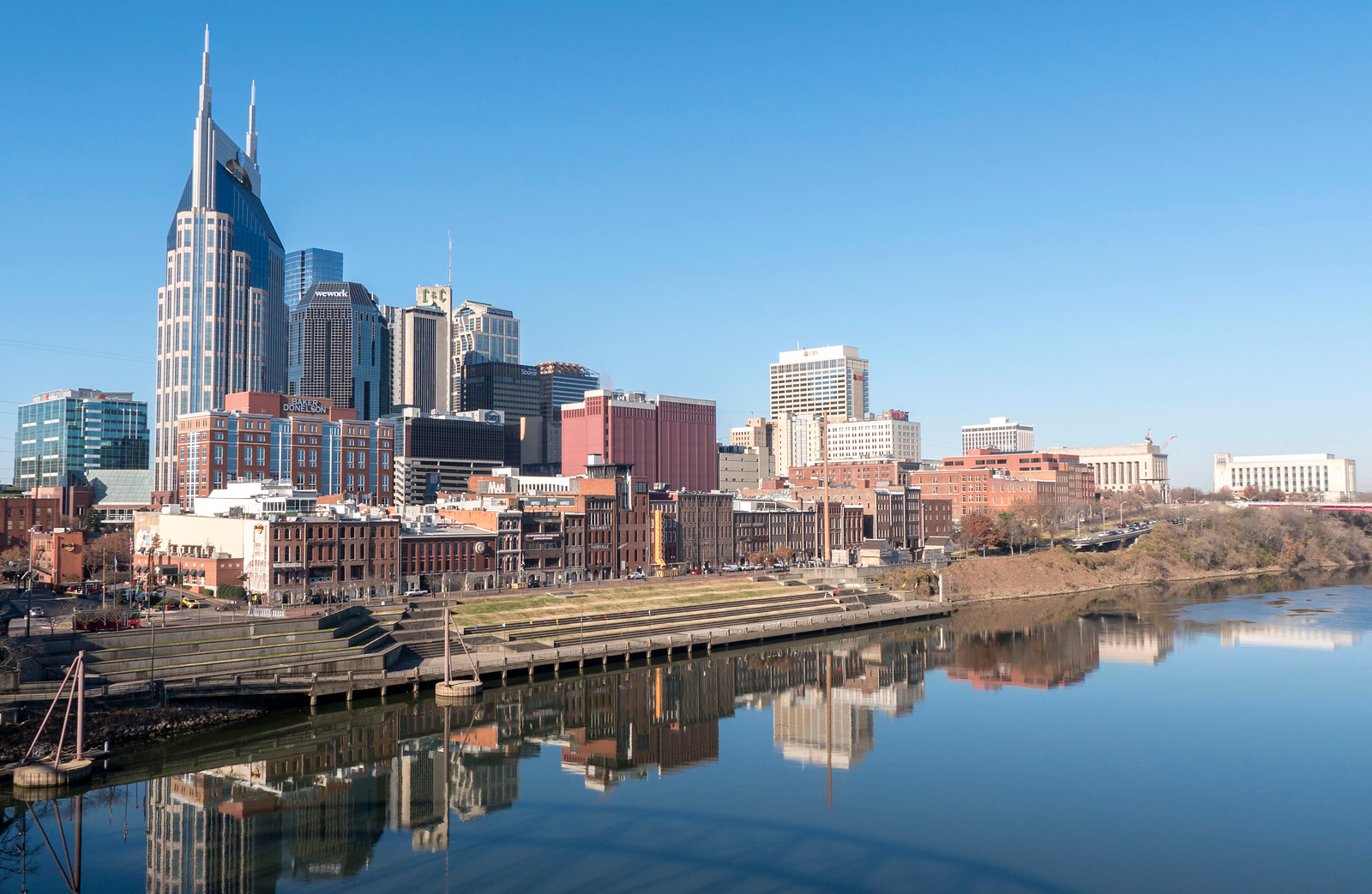 Walking across the John Seigenthaler Pedestrian Bridge to Cumberland Park was the first thing that I did when exploring downtown Nashville attractions. From the park, you’ll see Nashville’s iconic skyline with the “Batman building” (aka the AT&T building) in full view. It was a bright and sunny day, perfect for stretching my legs and admiring the scenery. I loved the actual architecture of the bridge itself, casting harsh shadows in the morning sun. On a weekday morning, Cumberland Park was deserted and it was a very peaceful place to start my morning. Plus, the iconic skyline looks pretty amazing reflected in the water. 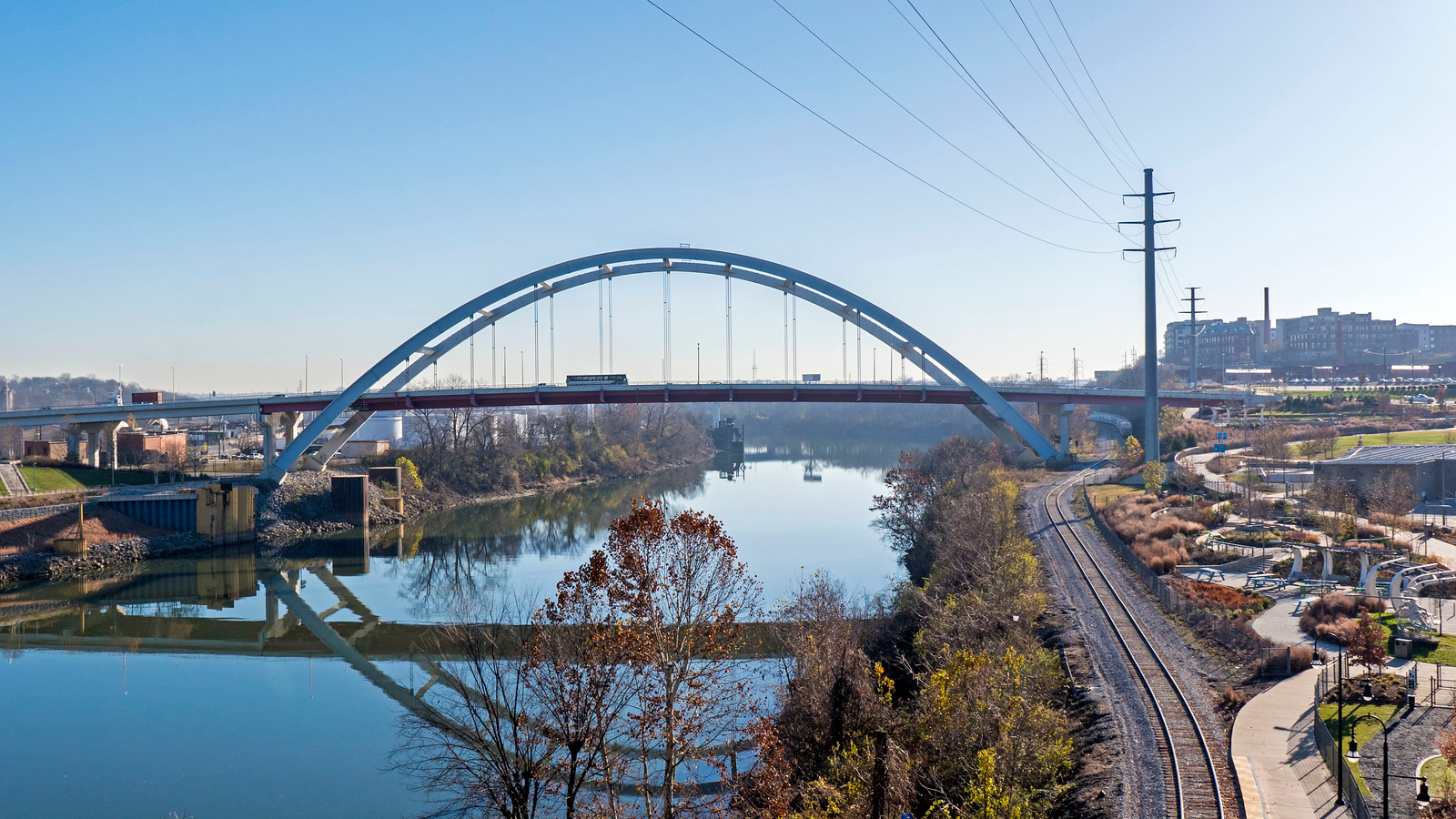 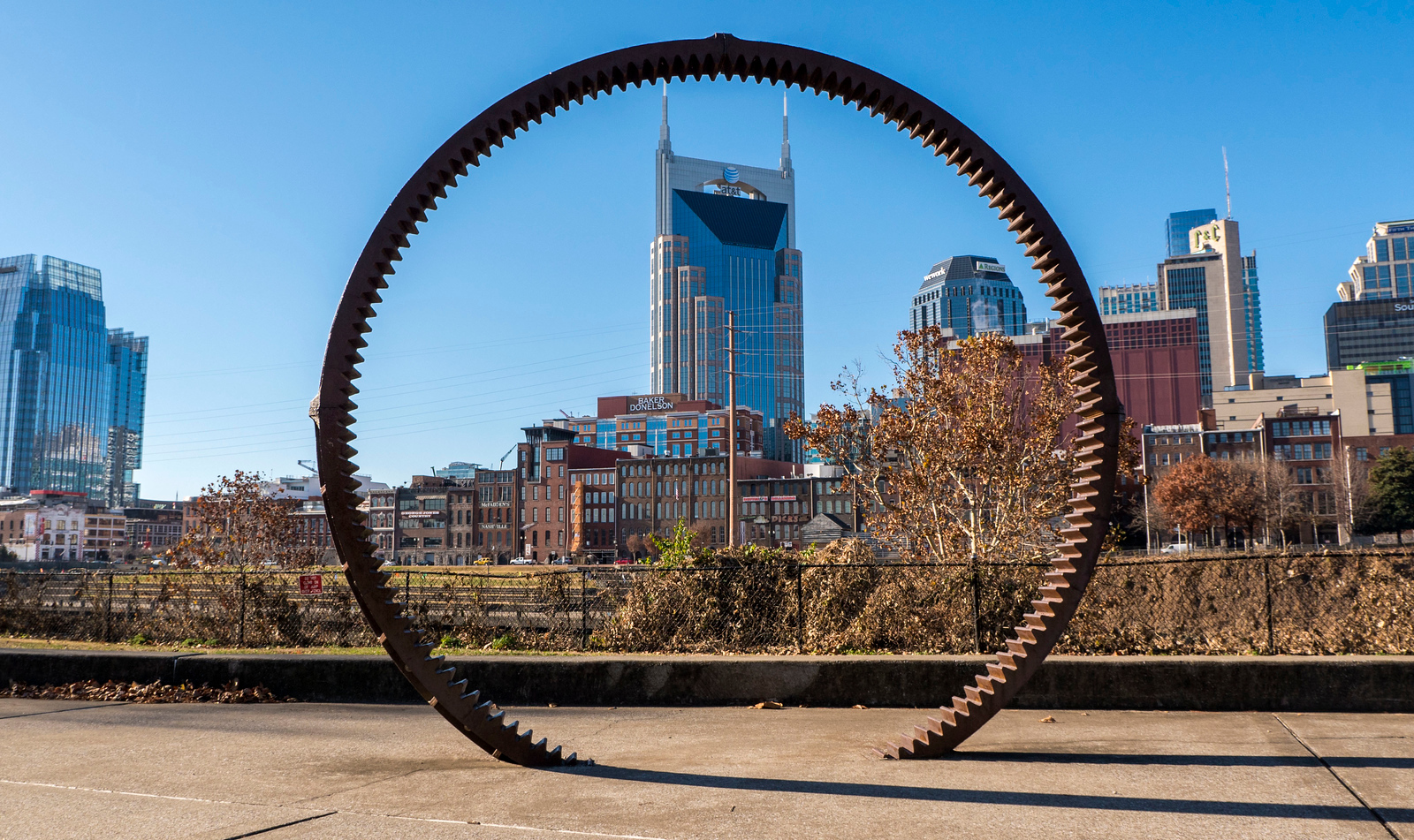 If you’re looking for parking in downtown Nashville, I recommend leaving your car at the Municipal Courthouse parking lot (305 Broadway) for $15 a day maximum. If you’re visiting Nashville on a Sunday, it’s free to park at a meter on the street. While I didn’t have access to car while I was exploring downtown Nashville attractions, my hotel actually had free parking for guests right on site.

If you are a fan of country music and country bars, you’re in luck. By taking a stroll down Broadway, you’ll quickly see why! It’s the home of honky-tonk and you’ll hear music wherever you go. Pop your head into any of these establishments to hear live music and enjoy it with a drink or two. Looking for a certain records or memorabilia? Shop at the Ernest Tubb Record Shop. You’ll also find lots of stores selling souvenirs, cowboy boots, and treats. 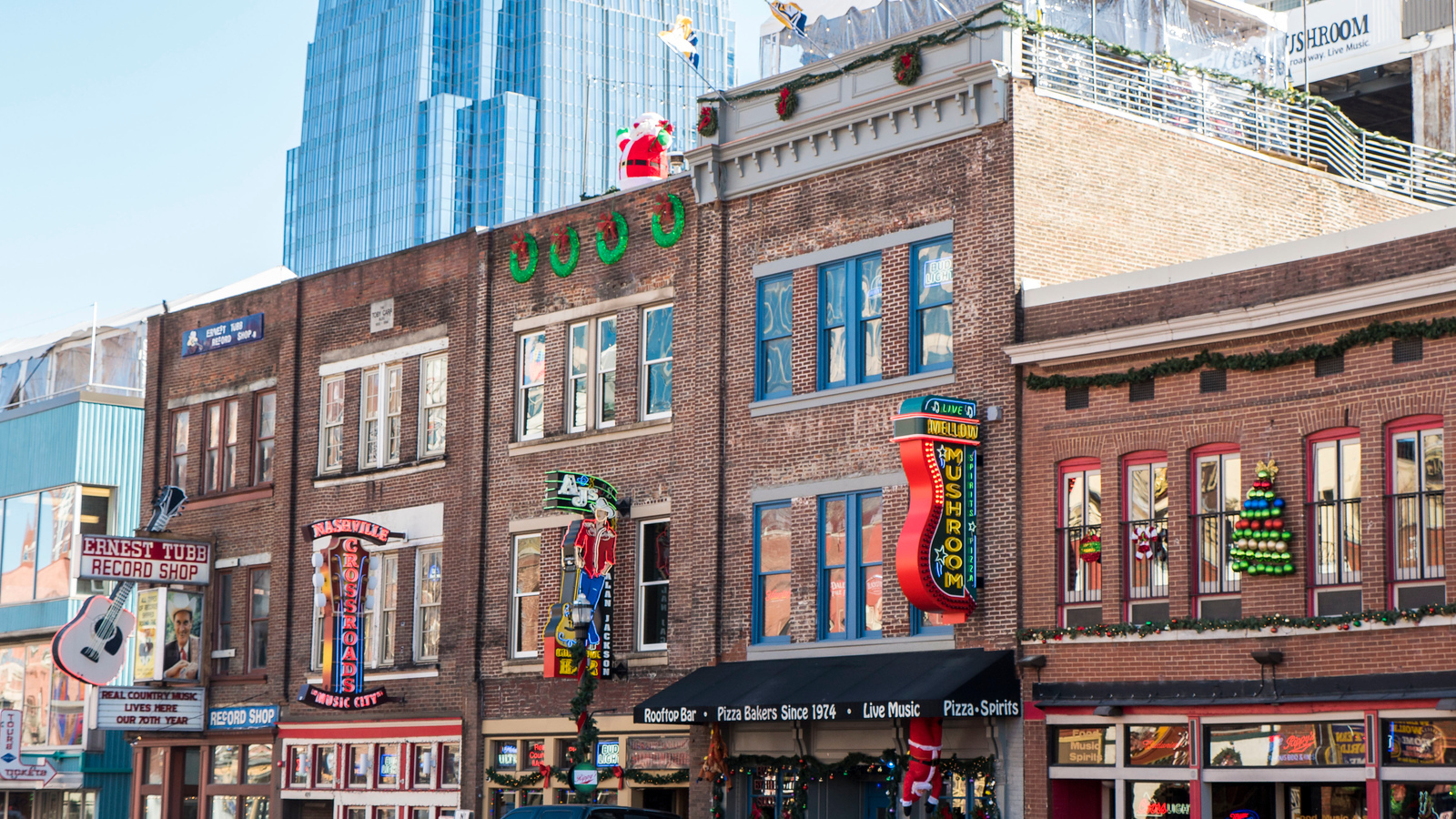 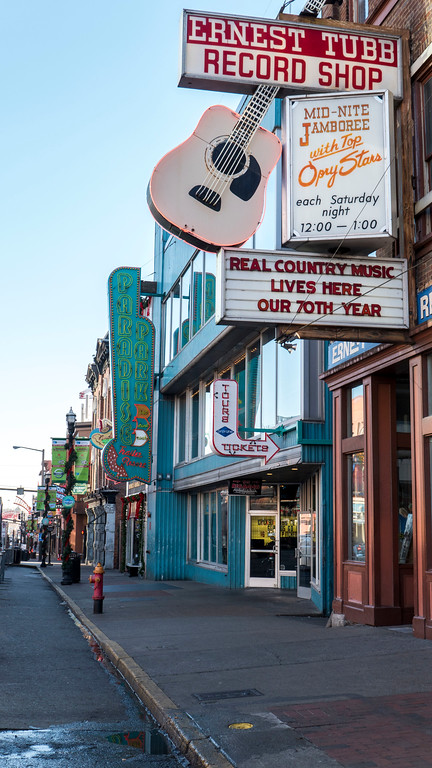 I recommend booking a half day tour if you’re interested in the sights and sounds of Broadway. With this narrated downtown Nashville tour, you’ll visit Honky Tonk Row, the Ryman Auditorium, the Country Music Hall of Fame & Museum, and several other interesting locales.

If you’re a coffee drinker like me, you’ll want to source out the best cafes in the city. Luckily for you, I’ve got a guide to the best coffee in Nashville. As for downtown Nashville coffee shops, be sure to stop by any of the following: 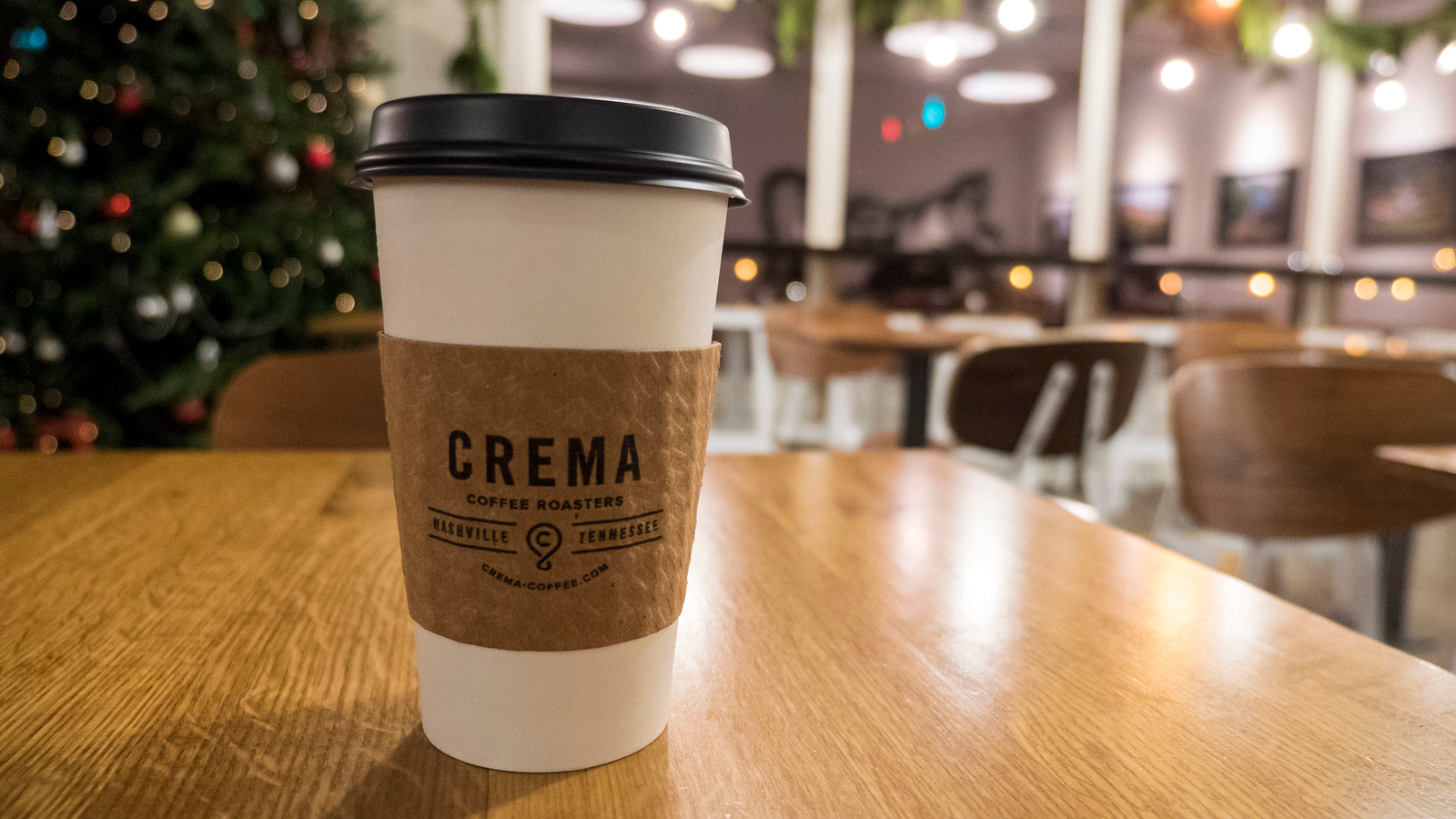 I really like finding the hidden charming spots in new cities, and Printer’s Alley is one of those places. Printer’s Alley runs from Union to Commerce Streets between 3rd and 4th Avenues. Back at the beginning of the 20th century, Printer’s Alley hosted a booming printing industry with numerous newspapers, printing shops, and publishers.

Later, it changed completely into an entertainment district with bars and clubs back when liquor was still illegal in Tennessee. The establishments served liquor anyway and the authorities often turned a blind eye. The nightclubs of Printer’s Alley hosted many musicians since the 1940s, including Hank Williams, The Supremes, Jimi Hendrix, and more. Nowadays, you’ll find bars and restaurants including Bourbon Street Blues & Boogie Bar, Ms. Kellis Karaoke Bar, Skull’s Rainbow Room, and Fleet Street Pub. Printer’s Alley is described in detail on the Hop-On-Hop-Off Trolley Tour of Nashville. 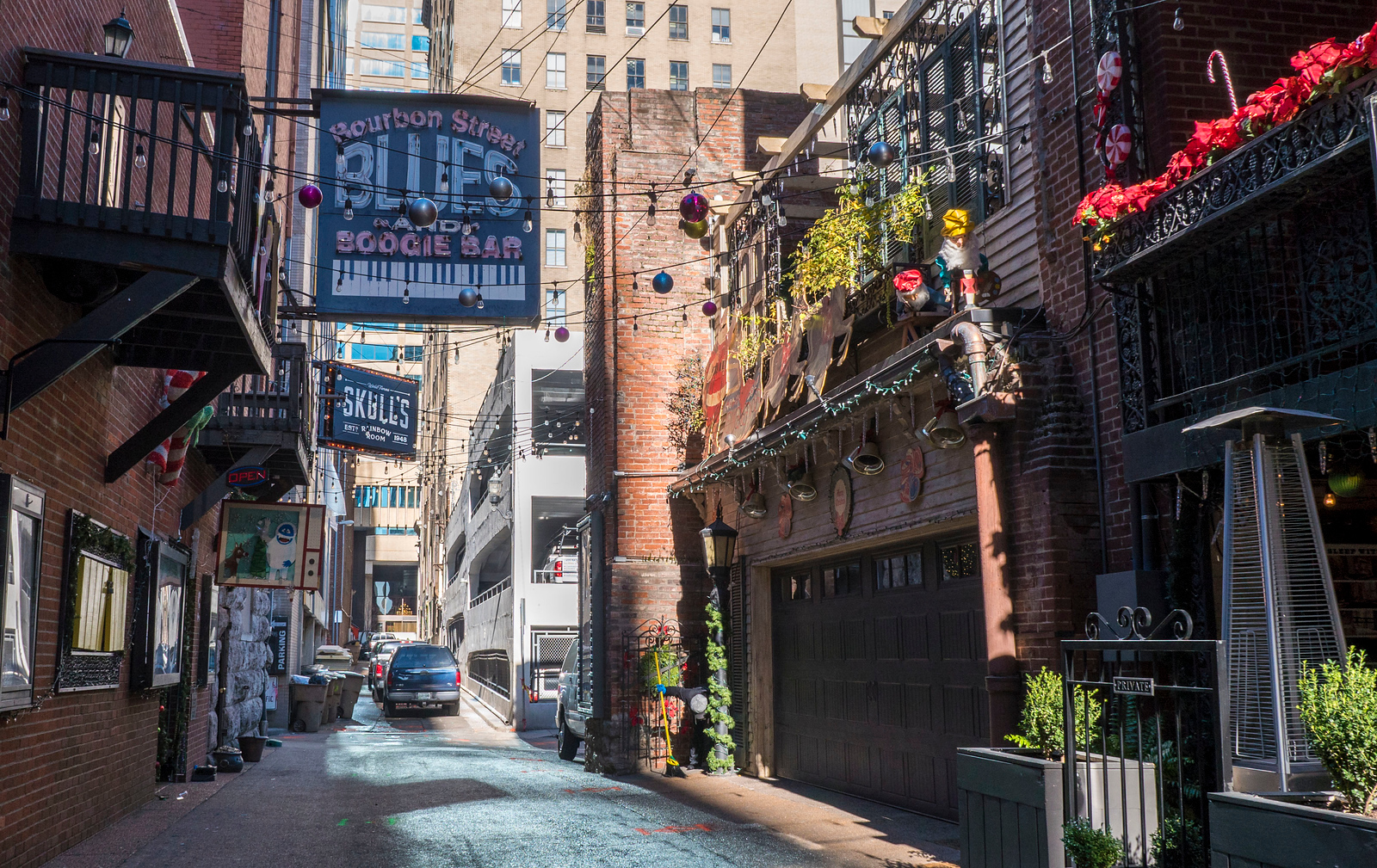 Since 1879, Hatch Show Print has designed and printed posters using traditional letterpress methods and machinery. This Nashville institution has a strong place in Nashville’s music history, creating posters for bands and artists for over 100 years. It’s quite astounding to see this artistic process preserved and utilized right to this date. Own a piece of this history by purchasing a handcrafted item in the gift shop, or marvel at the creations in the art gallery. Naturally, I got a little poster that reads, “You’re hotter than a fine cup of coffee!” purely for my love of coffee. As a massive nerd of paper art and letterpress design, I quickly fell in love with Hatch Show Print. Next time I’m in Nashville, I’ll come back for a full tour of the premises. 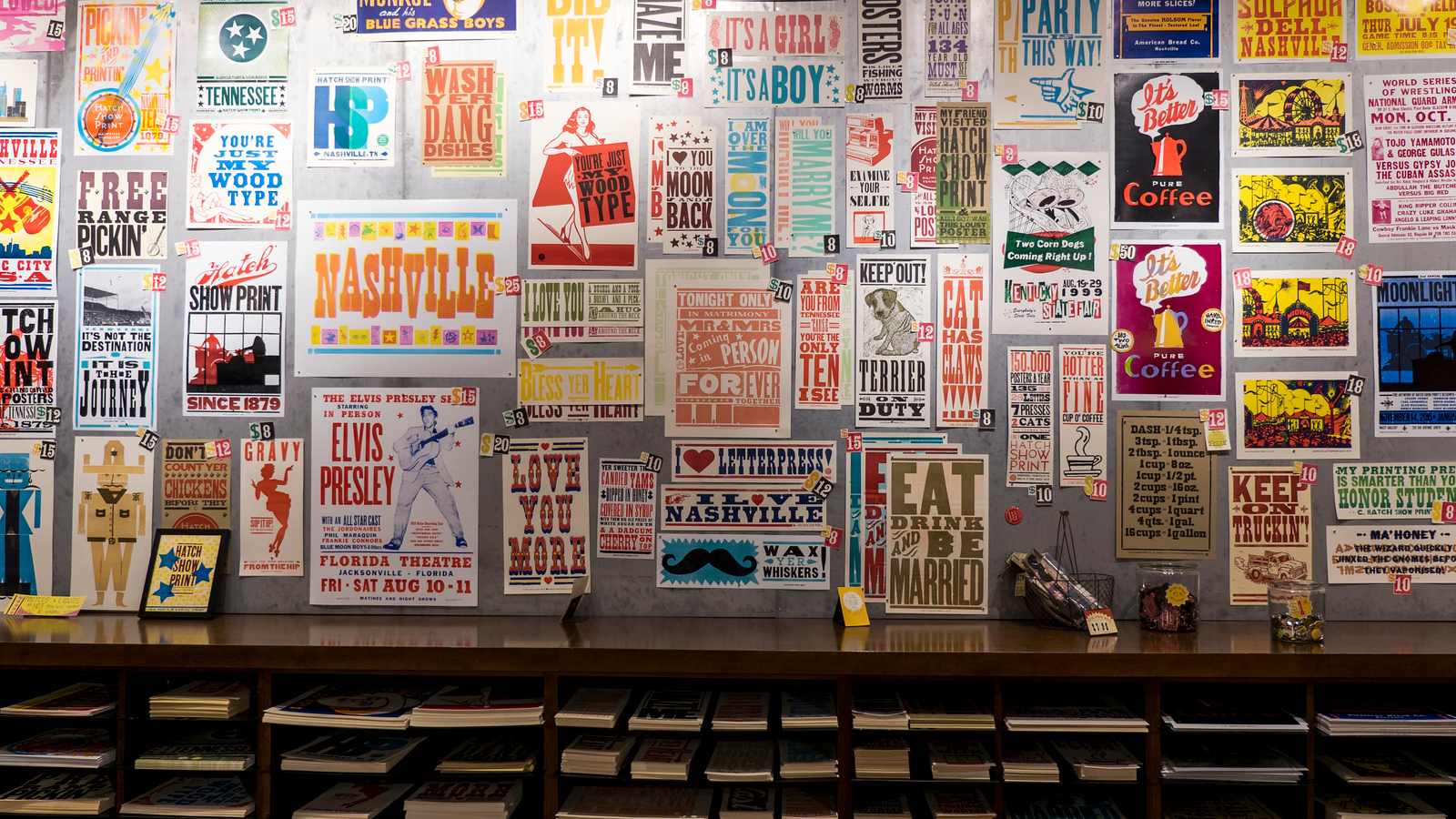 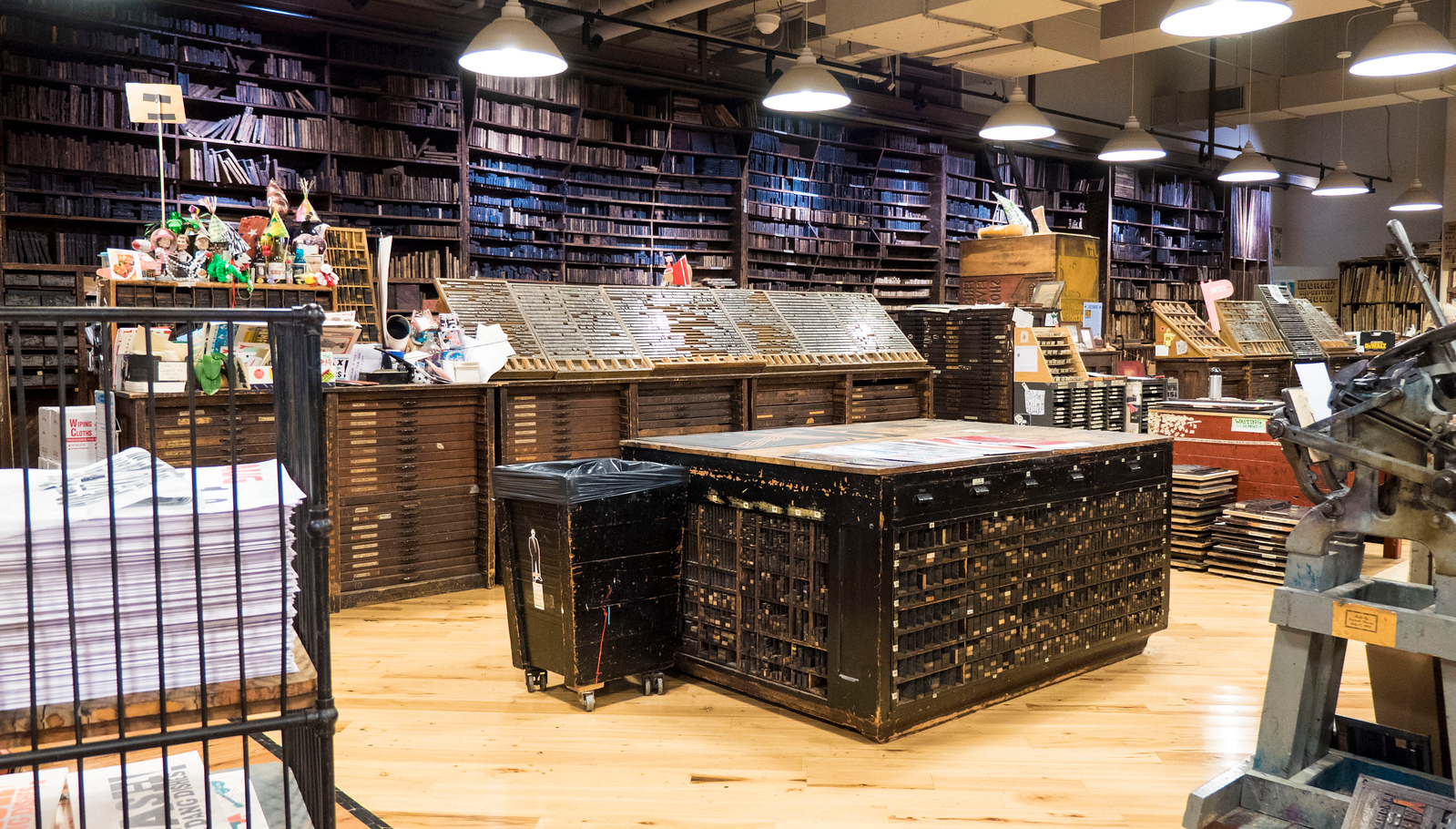 I love hunting down street art when traveling to new cities, and Nashville has so many beautiful murals. In downtown Nashville, you’ll find a high concentration of murals around The Gulch and the Arts District, while there are many Nashville murals outside of the downtown core. You’ll have to venture out to 12 South and Hillsboro Village to view many works of public art like the famous, “I Believe in Nashville” mural. Here’s some Nashville street art that I discovered just by walking around downtown Nashville. Many of these murals are perfect for those do it for the ‘gram moments as they’re very Instagram worthy backgrounds. 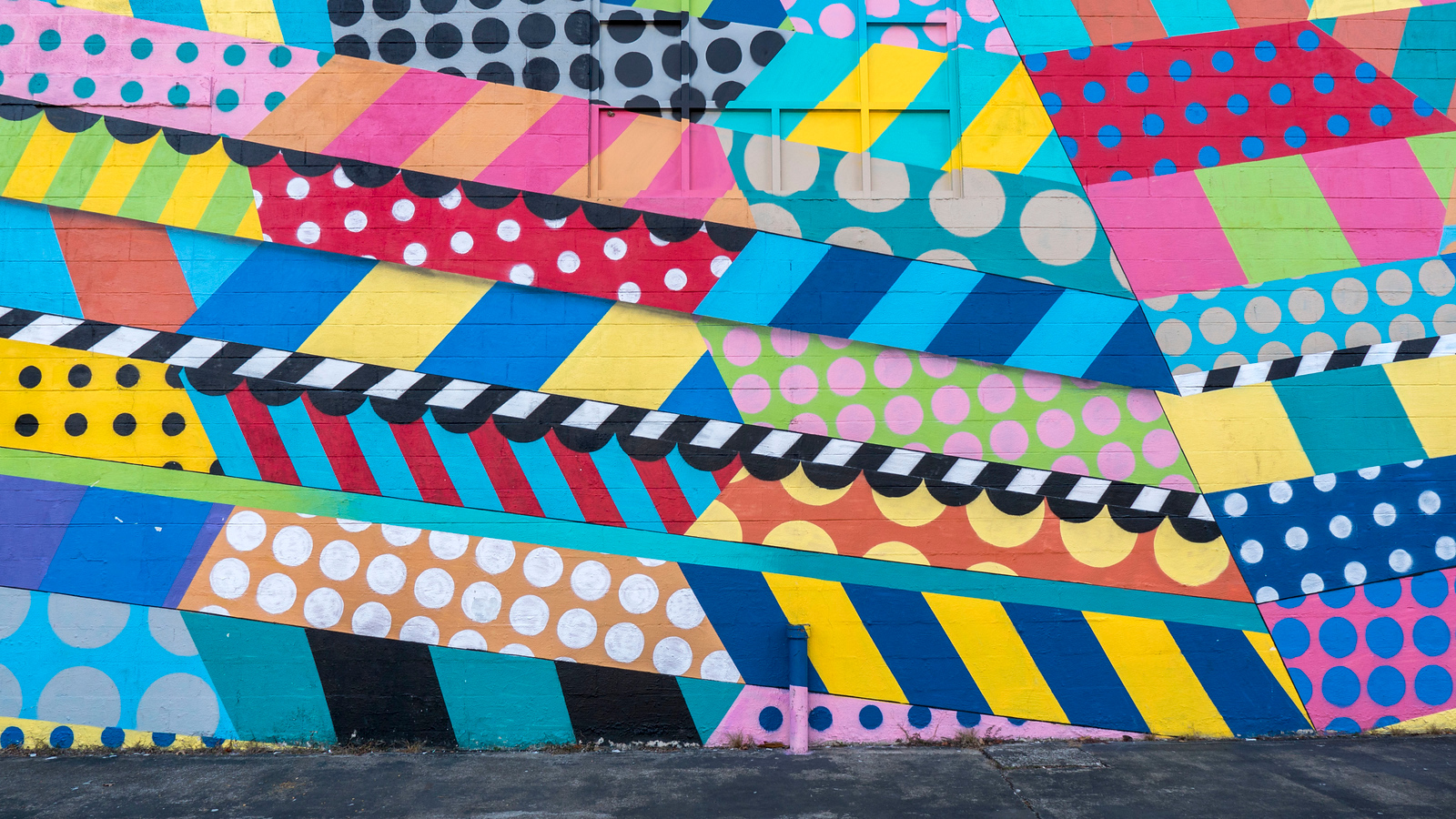 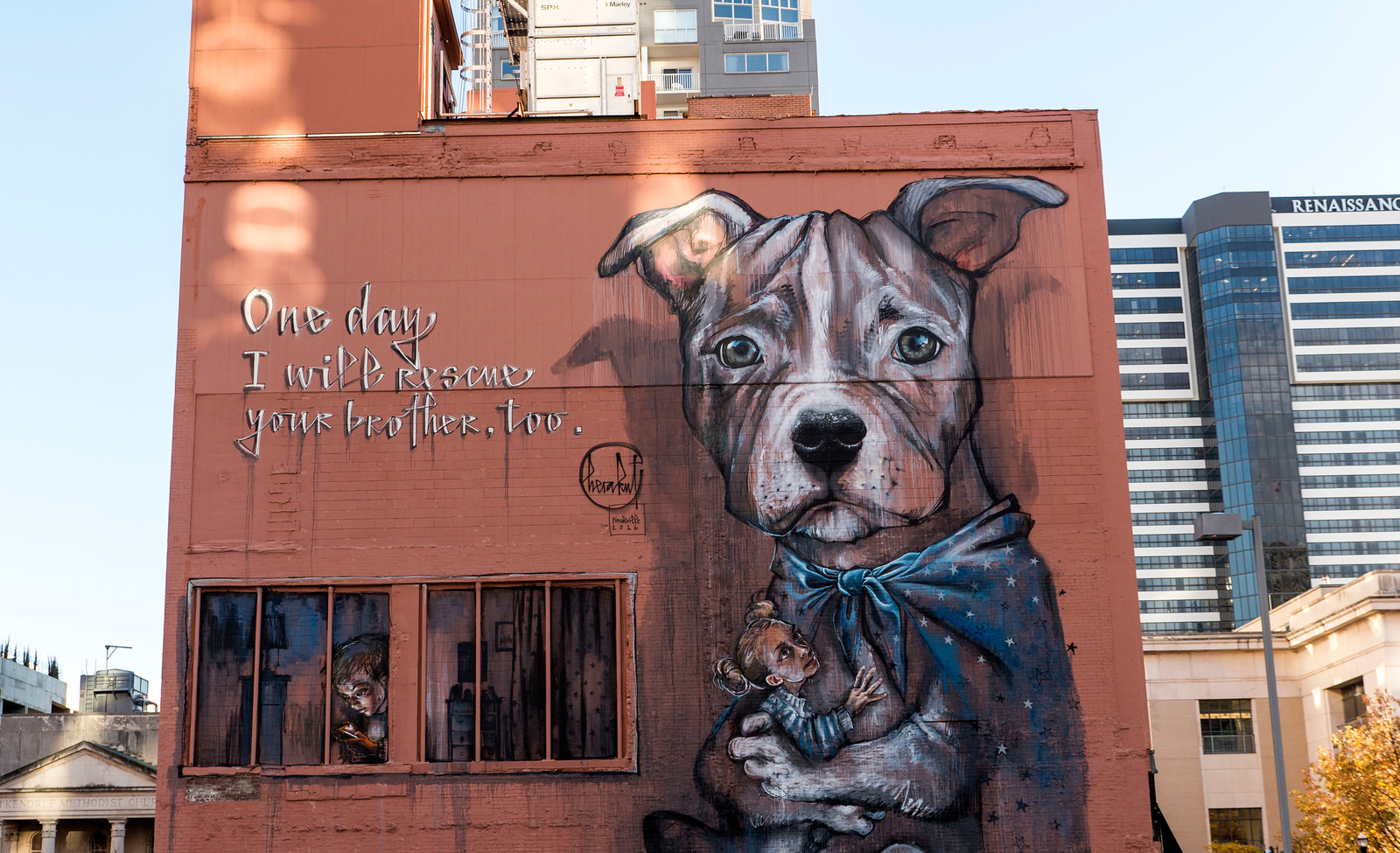 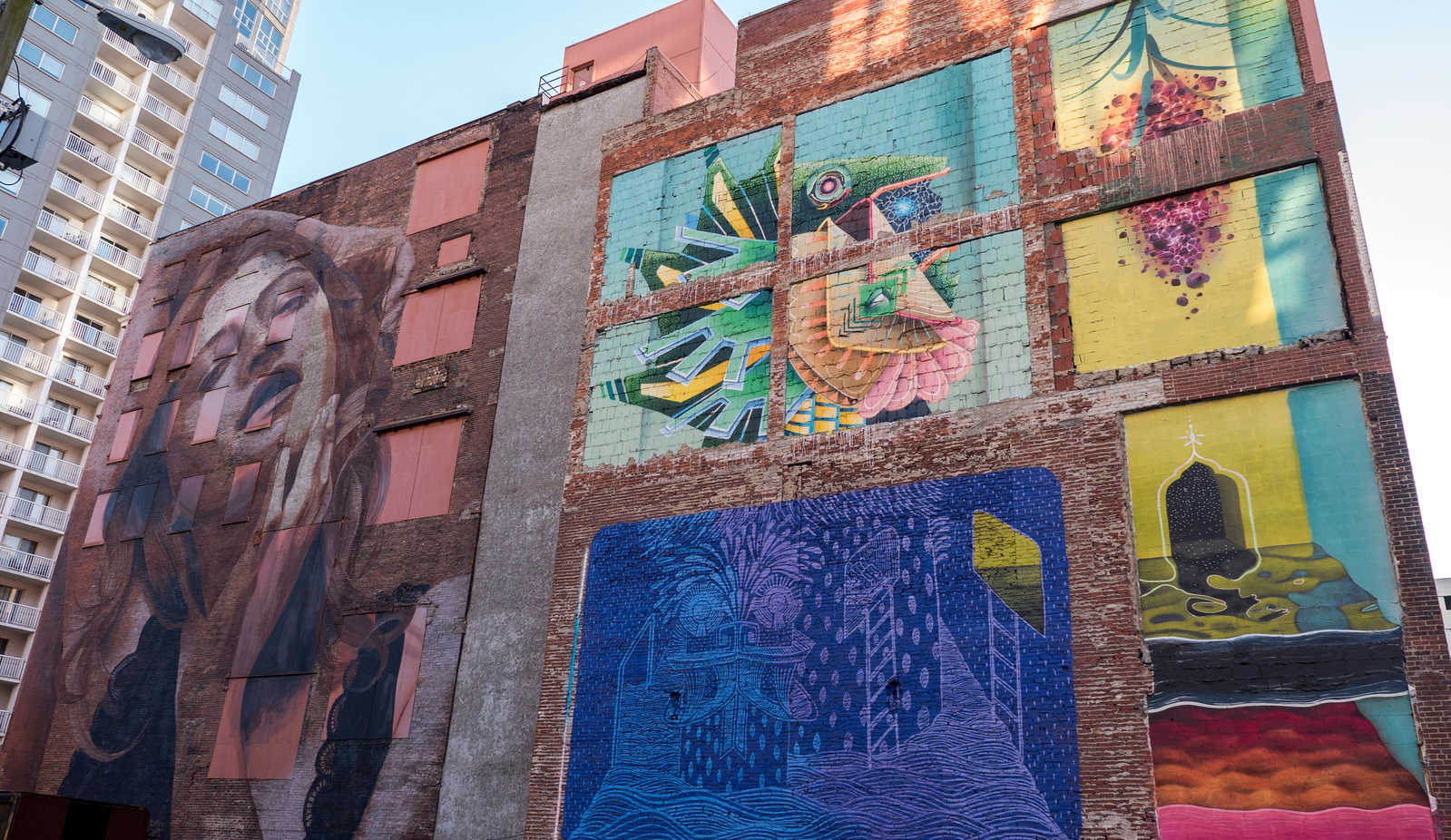 Still technically part of downtown Nashville (though a little north of the downtown core), it’s worth wandering around Bicentennial Capitol Mall State Park (also known as Bicentennial Mall) if you love green spaces, history, and architecture. It’s not only an everlasting monument to Tennessee’s Bicentennial celebrations on June 1st, 1996. There are a number of interesting landmarks and signage explaining important moments in Tennessee history. 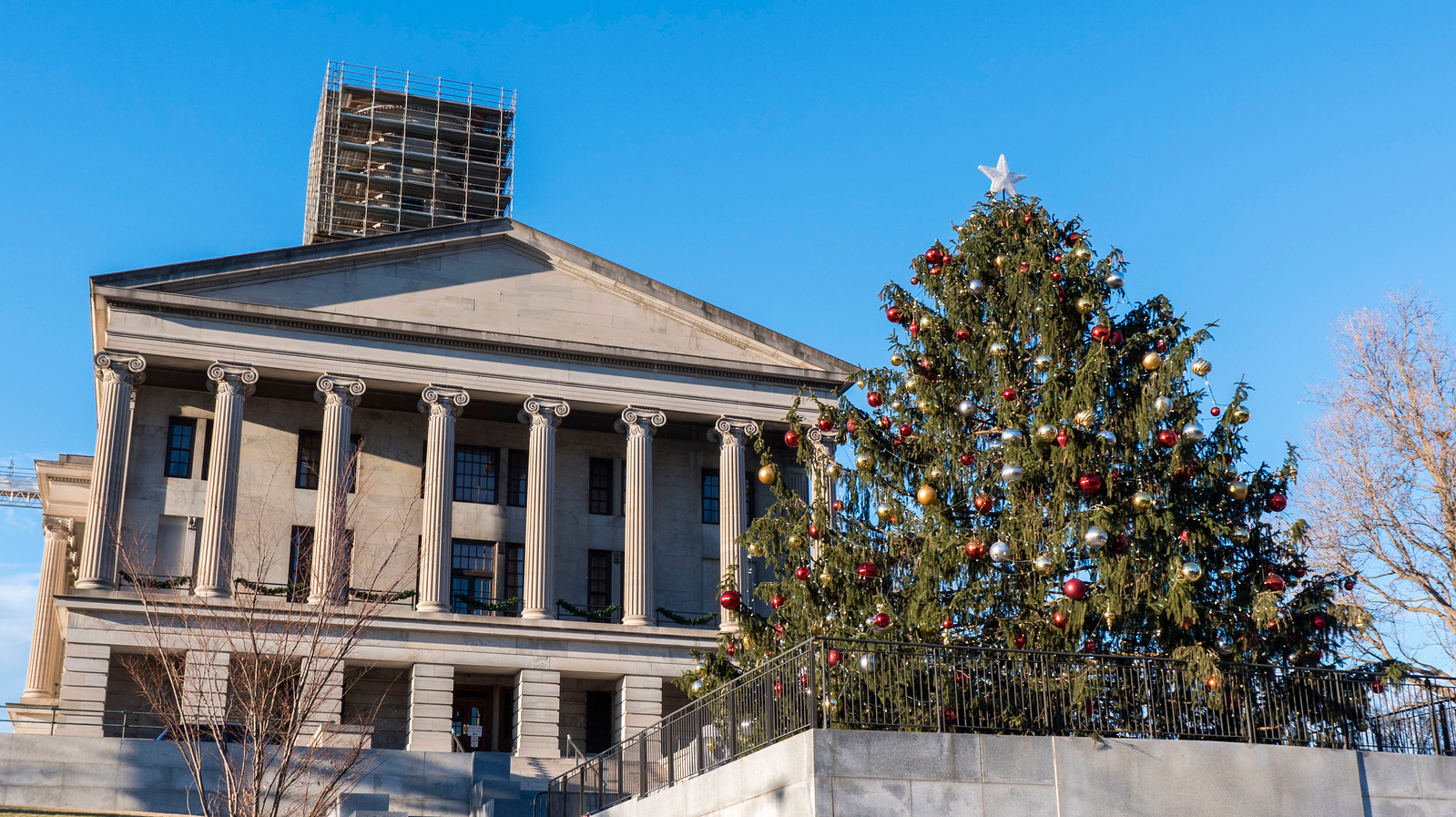 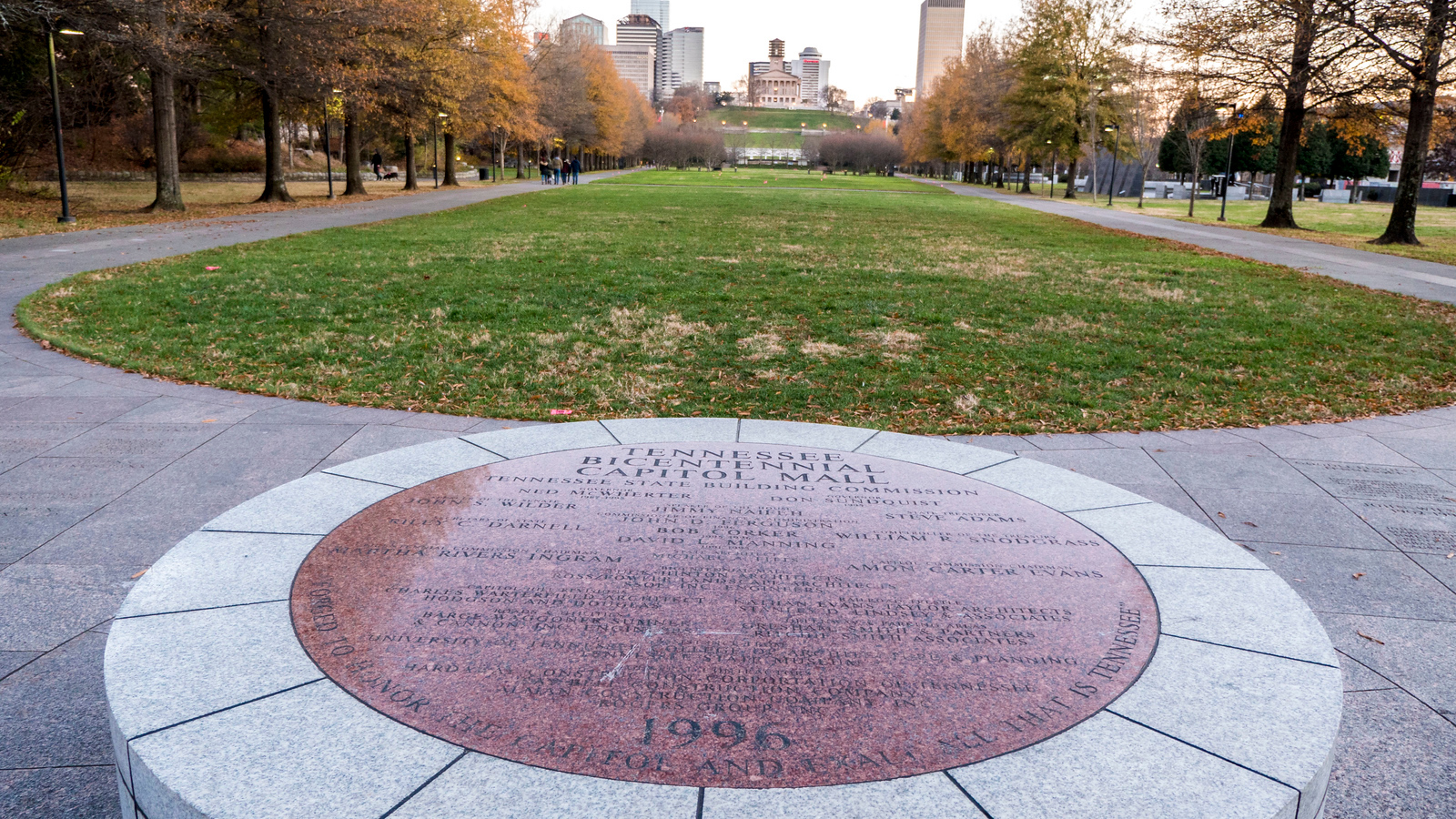 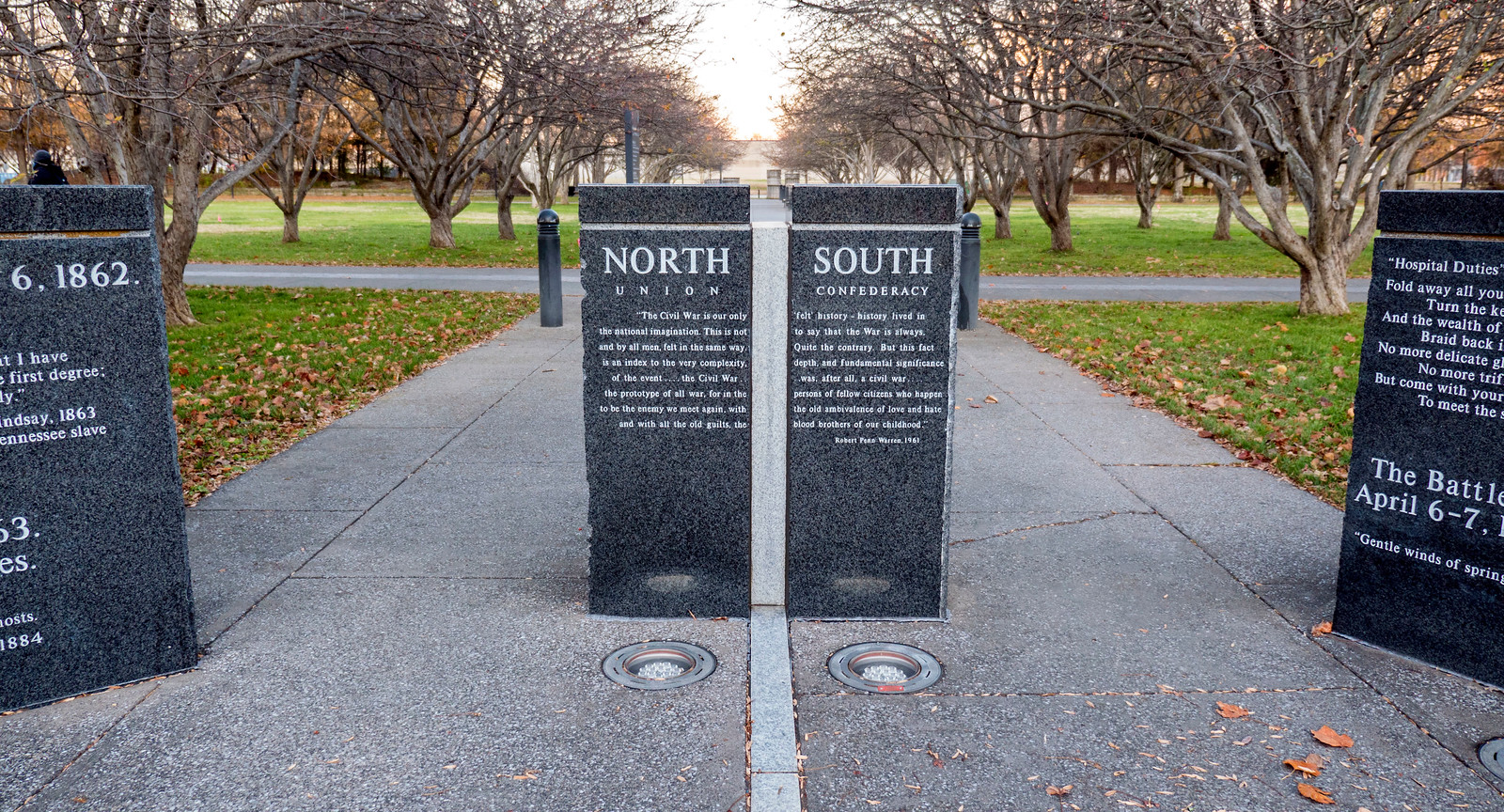 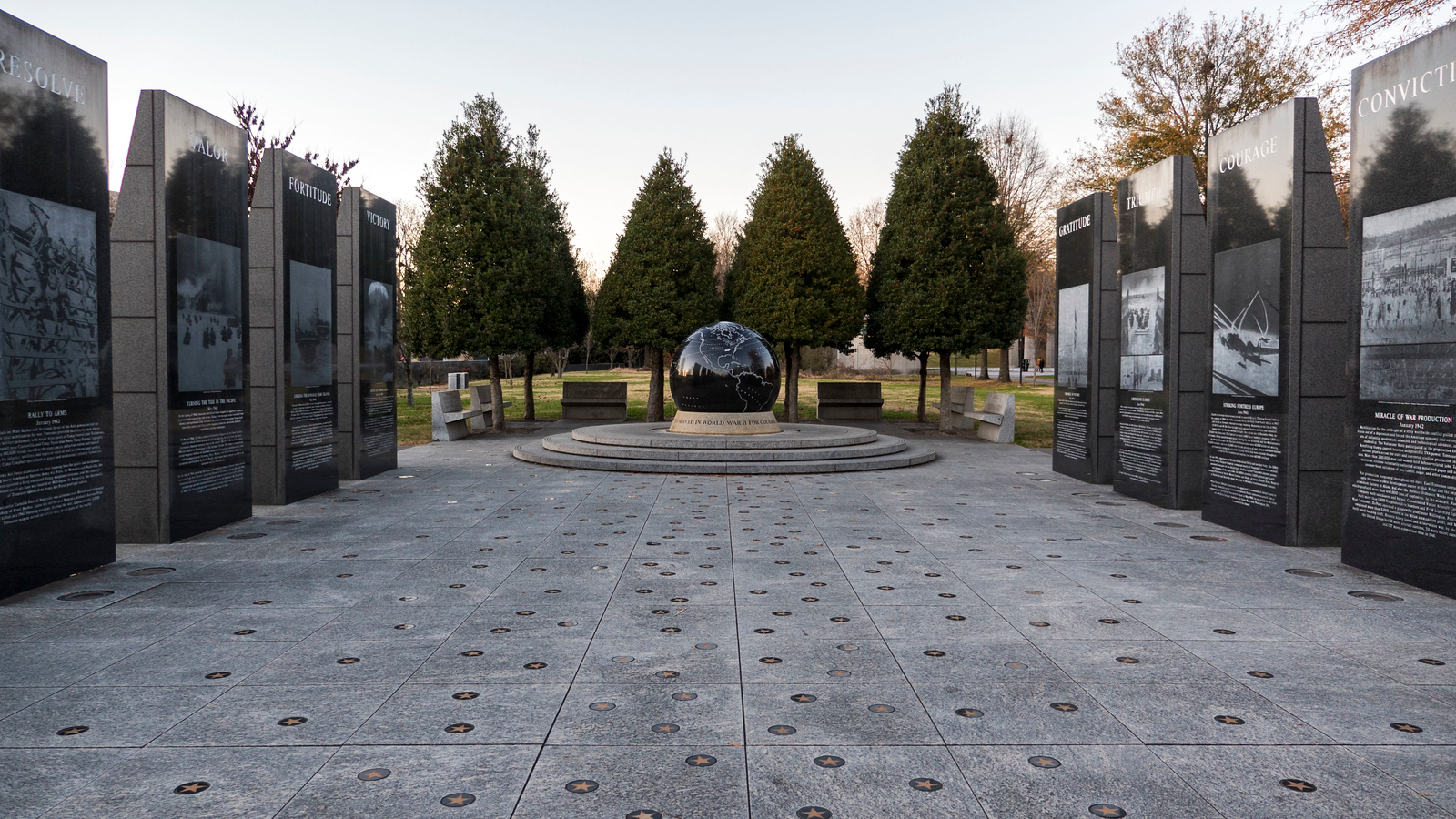 My favorite spot was the Court of 3 Stars. There’s red, white, and blue stone representing the three Grand Divisions of Tennessee. Then, there are 50 columns surrounding this plaza in a semicircle containing a 95 bell carillon to represent the 95 counties of the state. Every 15 minutes, the bells chime a portion of the Tennessee Waltz. At the top of the hour, the bells ring out with the entire song. A 96th bell on the capitol ground chimes at the end to signify the government answering the call of its citizens. 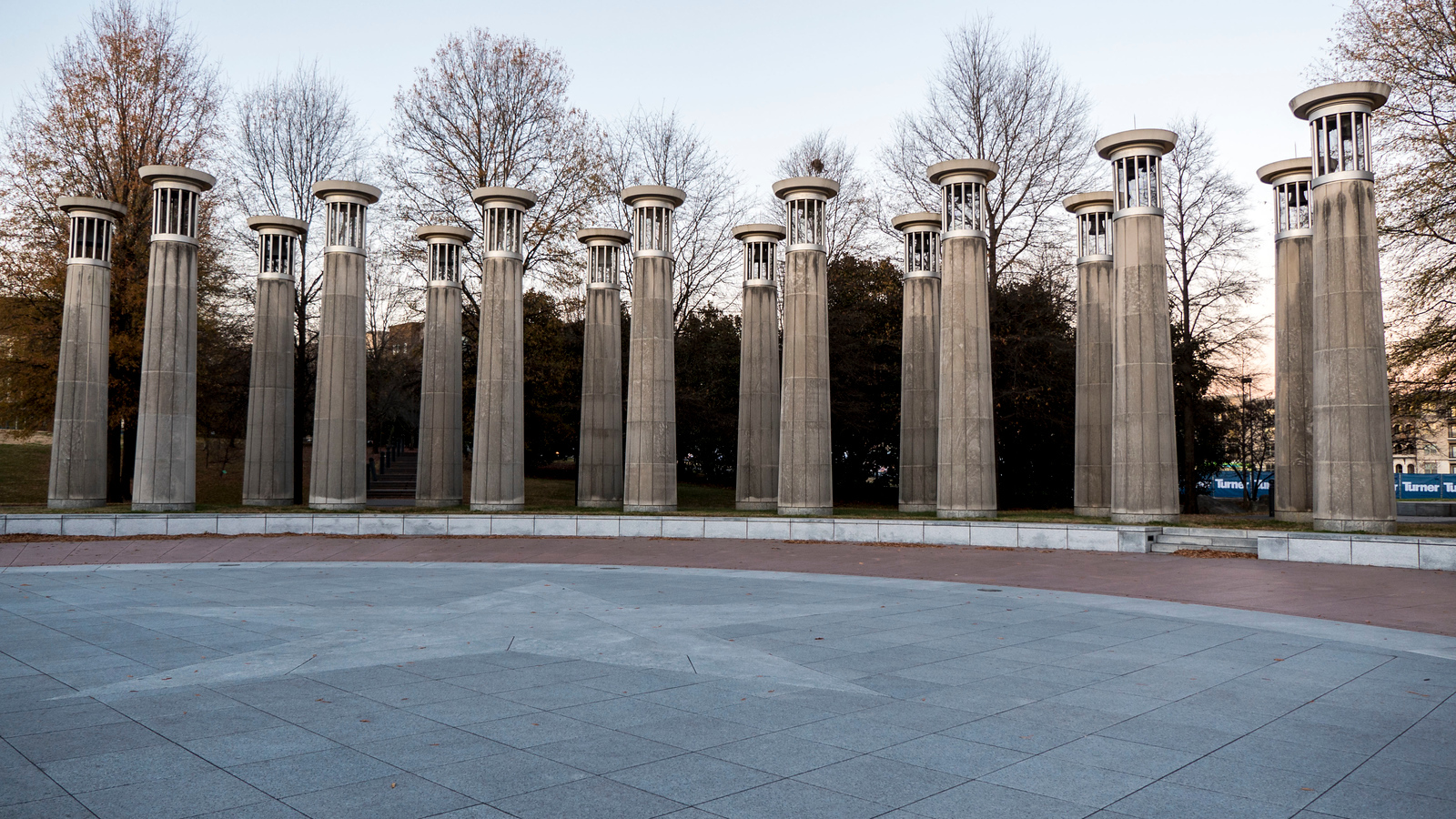 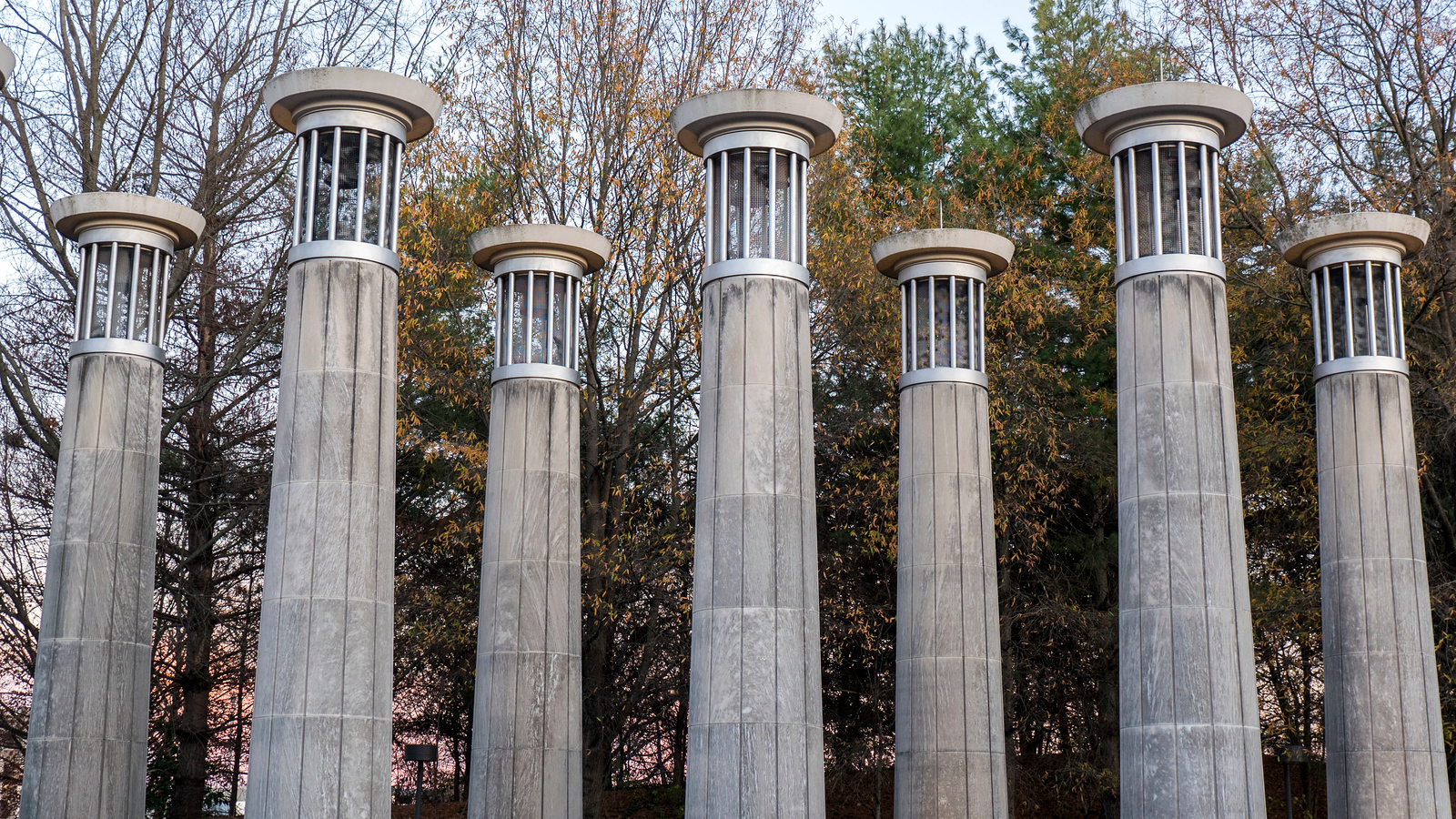 Shop at the Farmers’ Market

The Nashville Farmers’ Market is just west of Bicentennial Mall, so it’s easy to check out both places at the same time. The Nashville Farmers’ Market is one of those unique and special things to do in downtown Nashville. It’s open all year around and home to fresh produce, restaurants, artisan goods, classes, shops, crafts, and more. If you’re into dining locally or cooking with locally grown food, you can’t get much better than this! 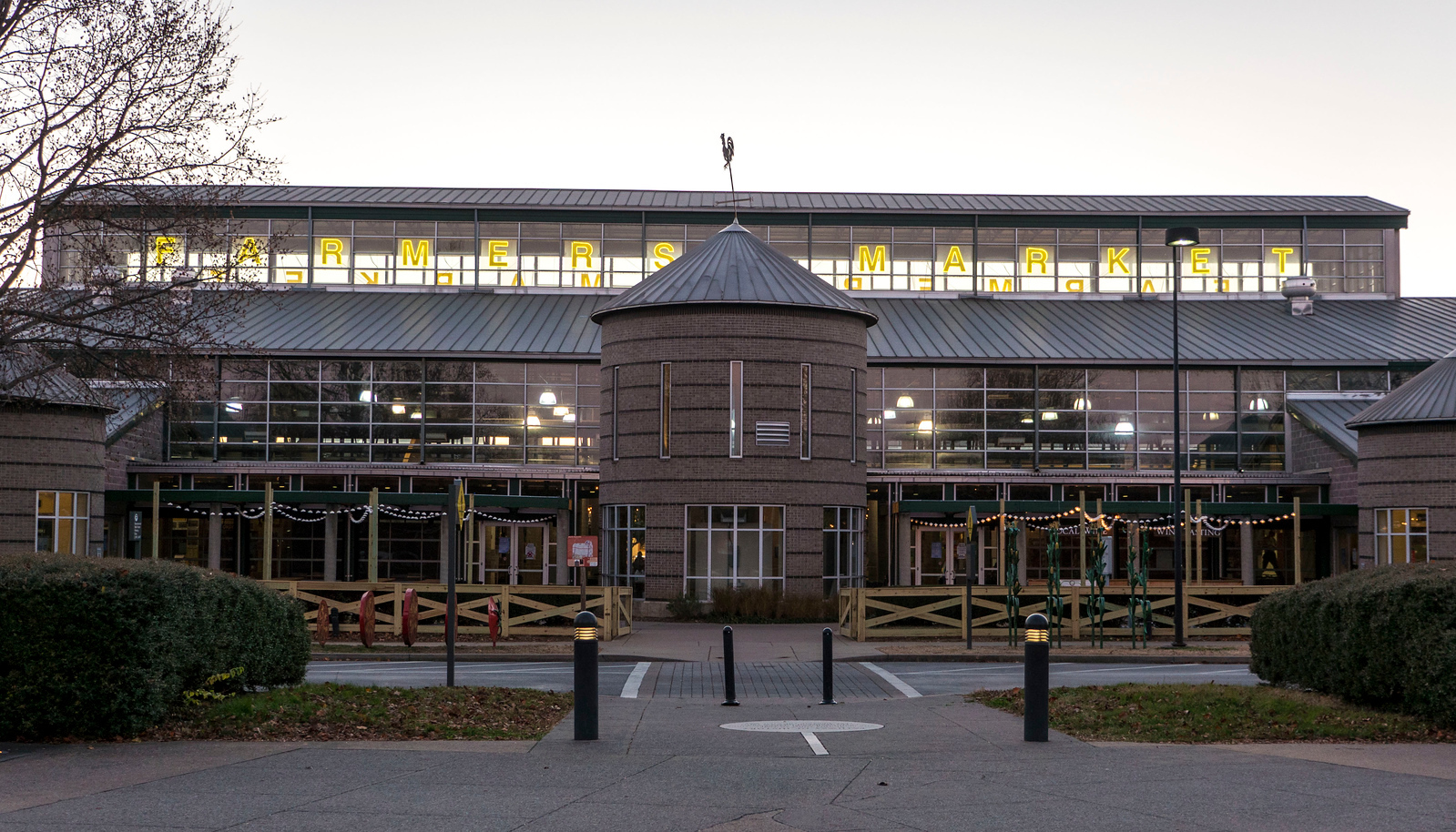 Although I didn’t attend a Nashville Predators game, I’m a fan of hockey (I’m Canadian, what can I say!) and it would be super fun to go to a game. I’ve heard their hockey games are very lively and spirited. If you don’t manage to get to a hockey game, at least walk around the arena so you can check out the “I Believe in Smashville” mural. Attending a Preds game definitely tops the list of downtown Nashville attractions.

Pinewood Social is one of my favorite nightlife spots in downtown Nashville. It’s a bar, restaurant, coffee shop, and bowling alley all in one! In the summer, there’s a pool, outdoor activities, and an Airstream with its own patio. I visited in December, so we had drinks and went bowling. It’s not just any old bowling alley; it’s a renovated retro six-lane alley. If I lived locally, I’d go here all the time with friends, so I’ll definitely check it out again when I return to Nashville.

While there aren’t necessarily many entirely vegan restaurants right downtown, you’ll find a huge variety of vegan restaurants and vegan options throughout Nashville. If you’re seeking vegan food in downtown Nashville, you can try E & Rose Wellness Cafe for smoothies, bowls, and raw food. There’s also Mellow Mushroom with a few vegan options. For the best vegan food in Nashville, you’ll have to venture a little outside of the downtown core. Let me show you all of the best vegan food in Nashville. Some favorites of mine include: AVO, The Southern V, The Wild Cow, and Graze. 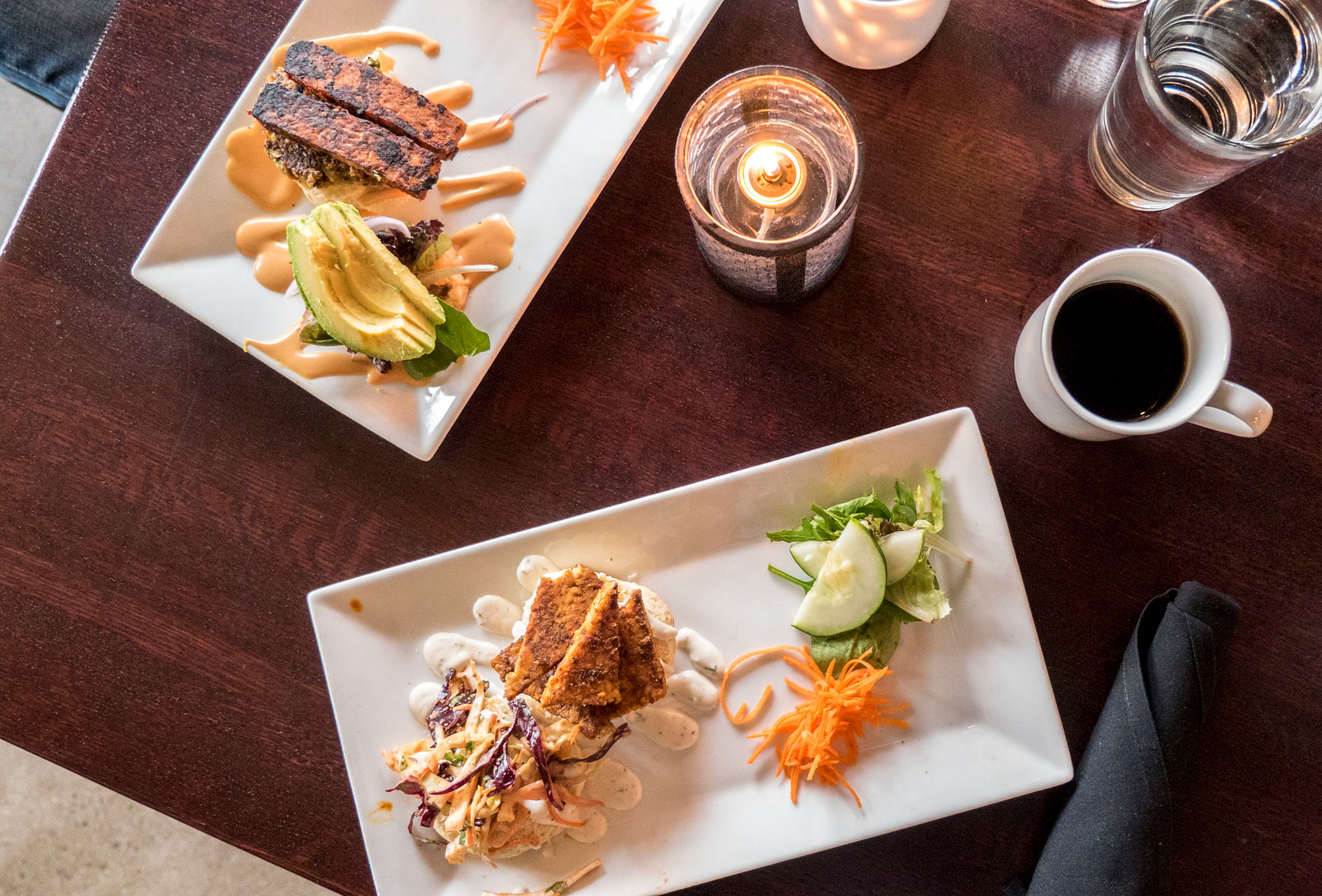 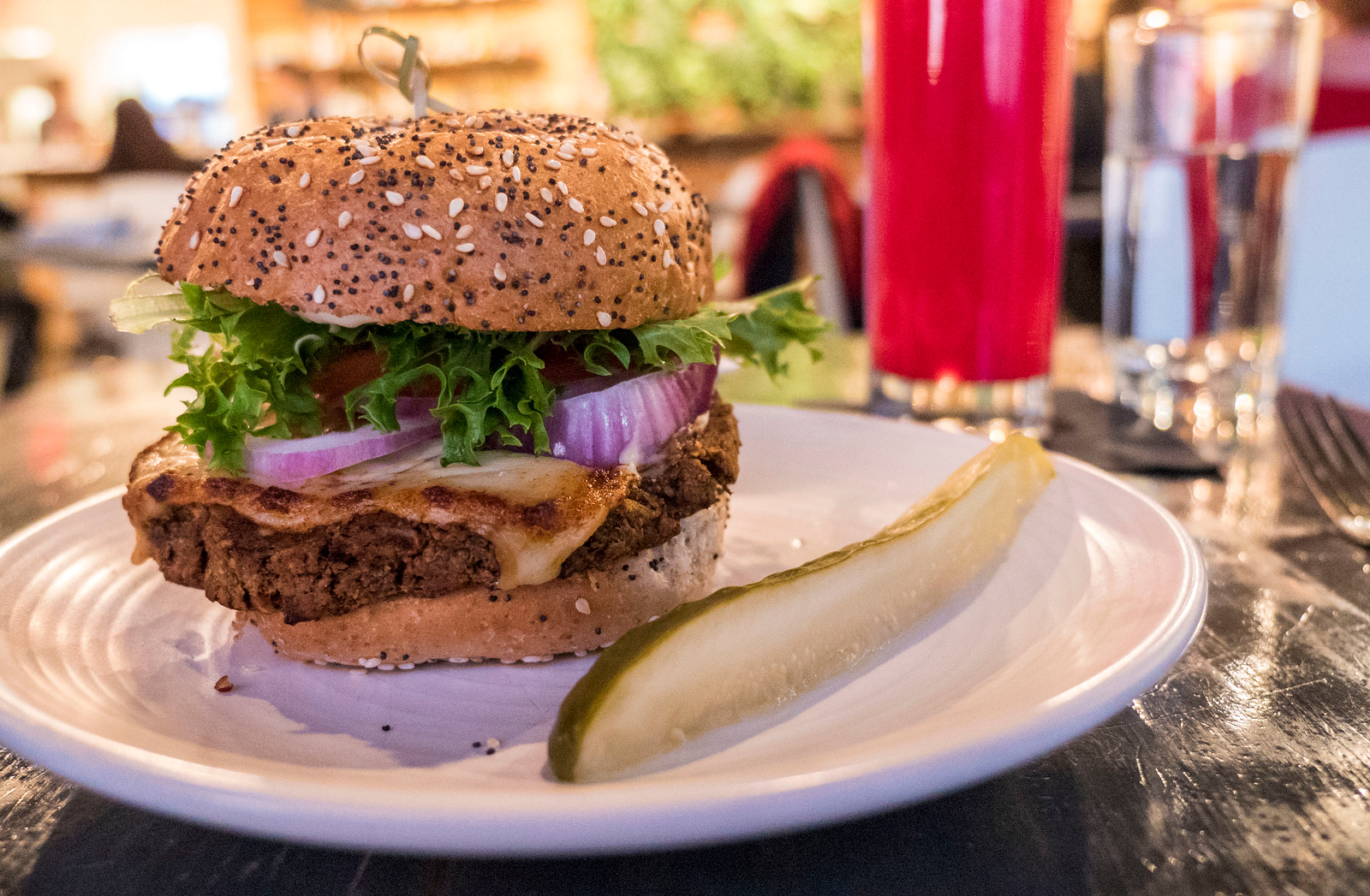 Much like an apartment, you have the comforts of home. Enjoy a full kitchen with everything you could imagine to prepare delicious meals, including local coffee beans and a French press for that morning boost. There’s a separate bedroom, a spacious bathroom, and a cozy living space. Staying true to Nashville’s name of Music City, your room even comes with a record player and a few records. 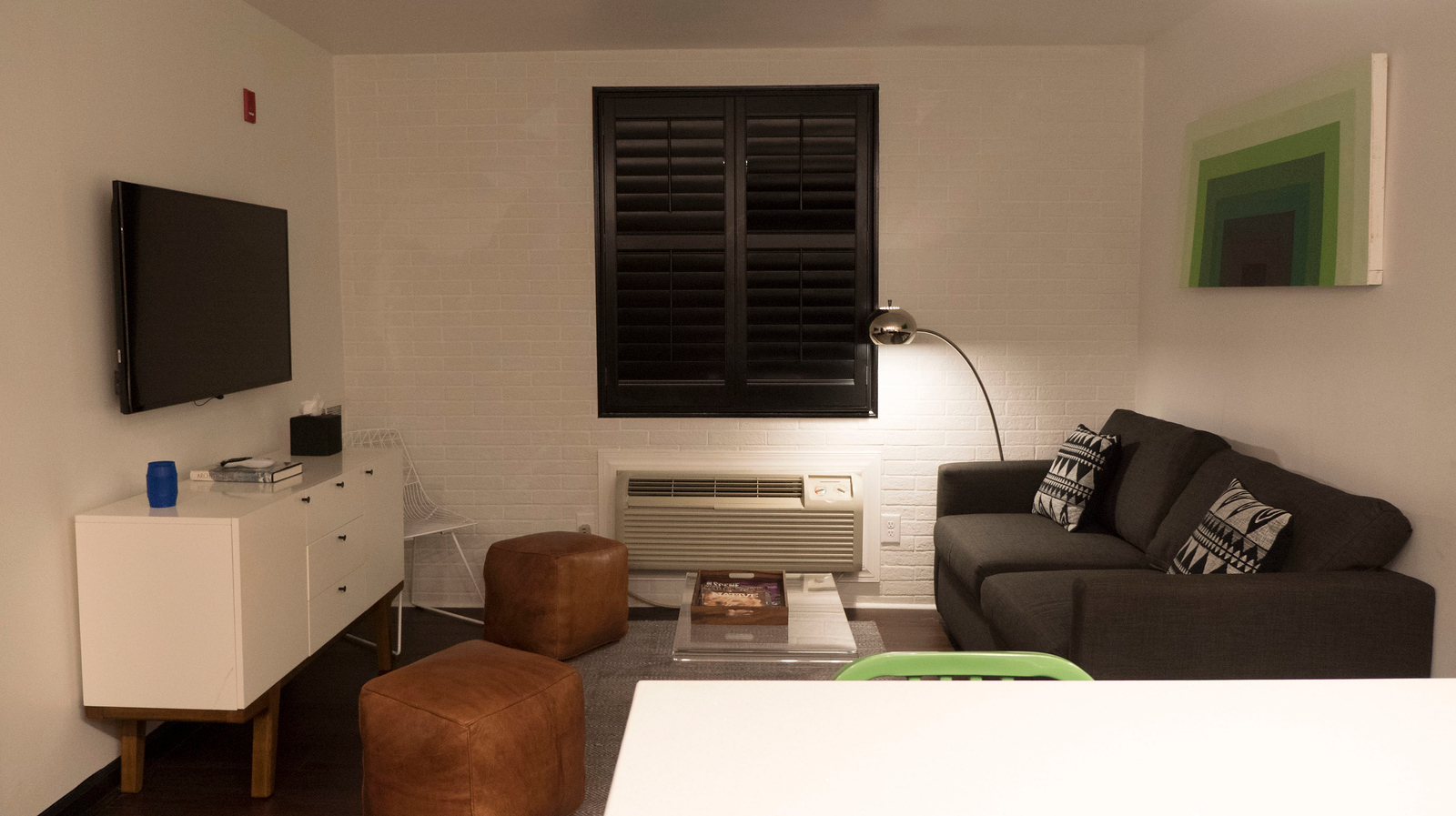 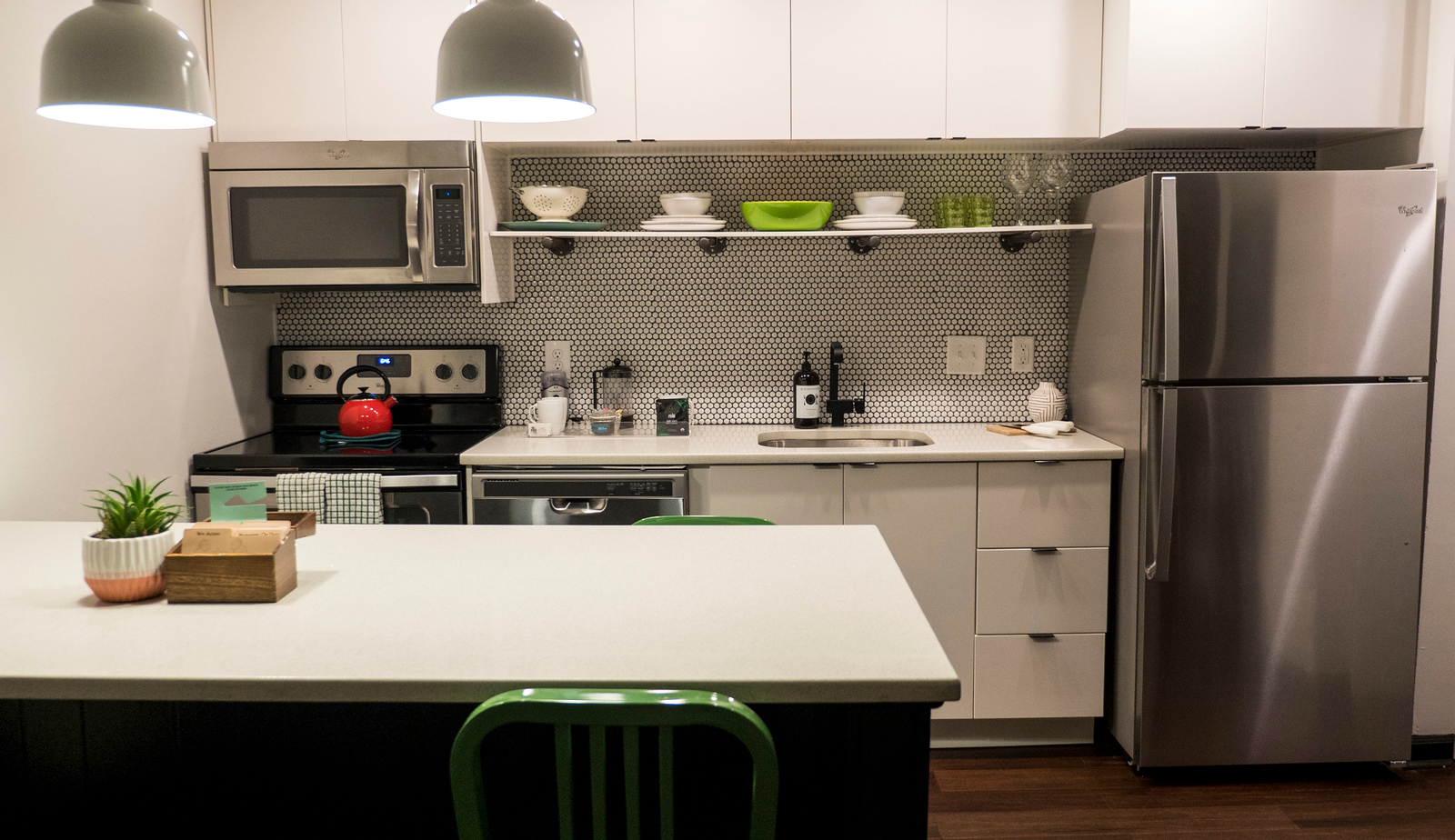 And like a hotel, there’s housekeeping, complimentary Wi-Fi, complimentary parking (first come, first serve), and a safe. The location of SoBro Guest House can’t be beat. Right in the middle of downtown, I was able to walk all over town to restaurants, bars, and coffee shops. It’s only three blocks away from the Lower Broad Entertainment District and several local hot spots. Please check out the trusted reviews of other travellers and if you like what you see, book your stay here. 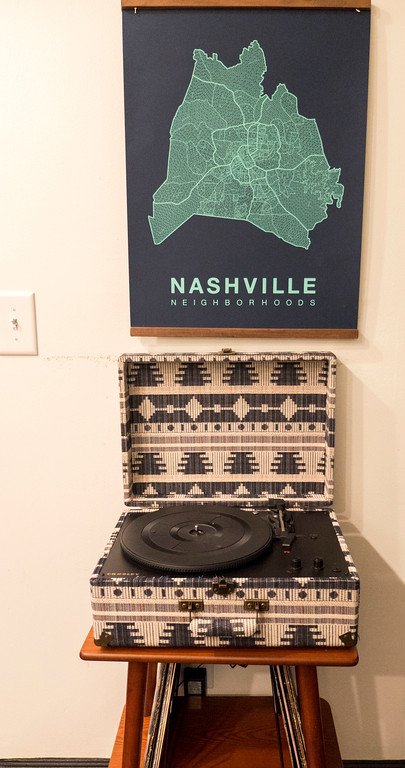 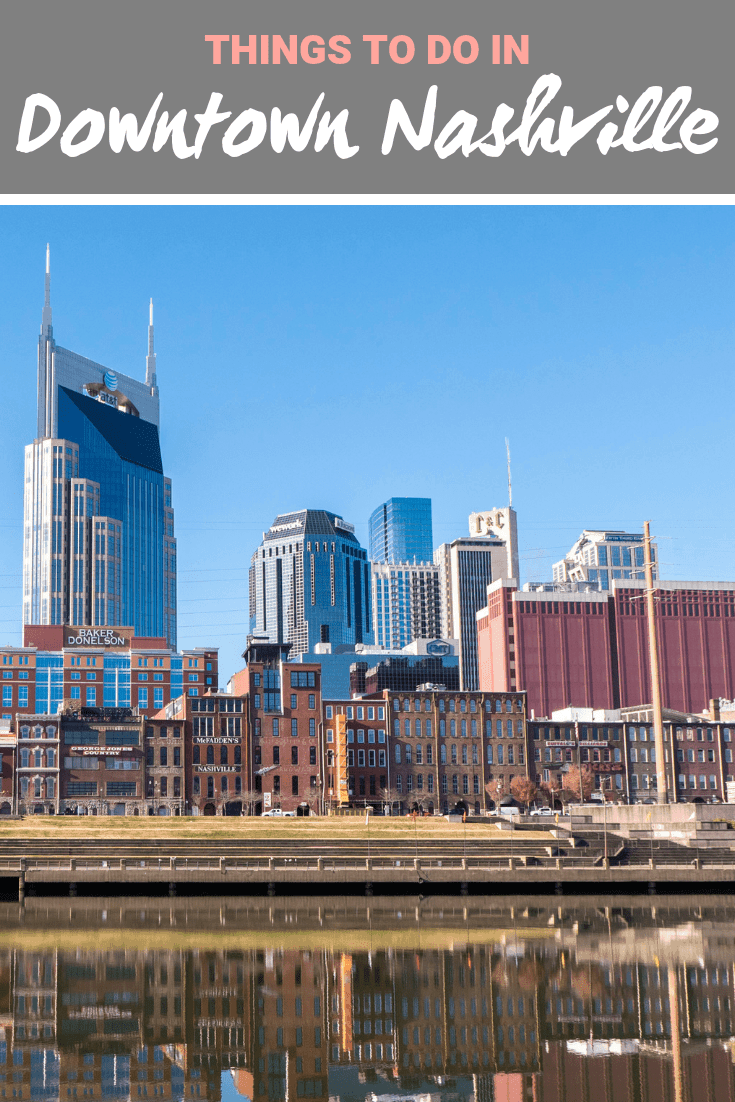 What are your favorite things to do in Nashville?