View of the track from the nearby Hilton hotel

It was our first time attending an extreme winter sport. Red Bull Crashed Ice was a thrilling race with its track extending through historic Quebec City.

Red Bull Crashed Ice, also known as ice cross downhill, involves downhill skating on a track that winds through an urban environment. The track changes every year, and it includes steep drops and sharp turns. The participants race down the track, four at a time, wearing similar padding to ice hockey players. It is a world championship tour event in its 16th season, dubbed the world’s fastest sport on skates. The tour works on a points system where points are given to the top 100 racers. At the end of the season, the player with the most points is the world champion.

We attended Red Bull Crashed Ice Quebec, the first event for the 2015/2016 season. Other events throughout early 2016 will happen in Germany, Finland, and the USA. Before we went to the race on Saturday evening, we took a tour behind the scenes during the day. Martin Genois, Senior Director of Production, took a few moments from his hectic schedule to show us around the track while providing some interesting facts about the event. 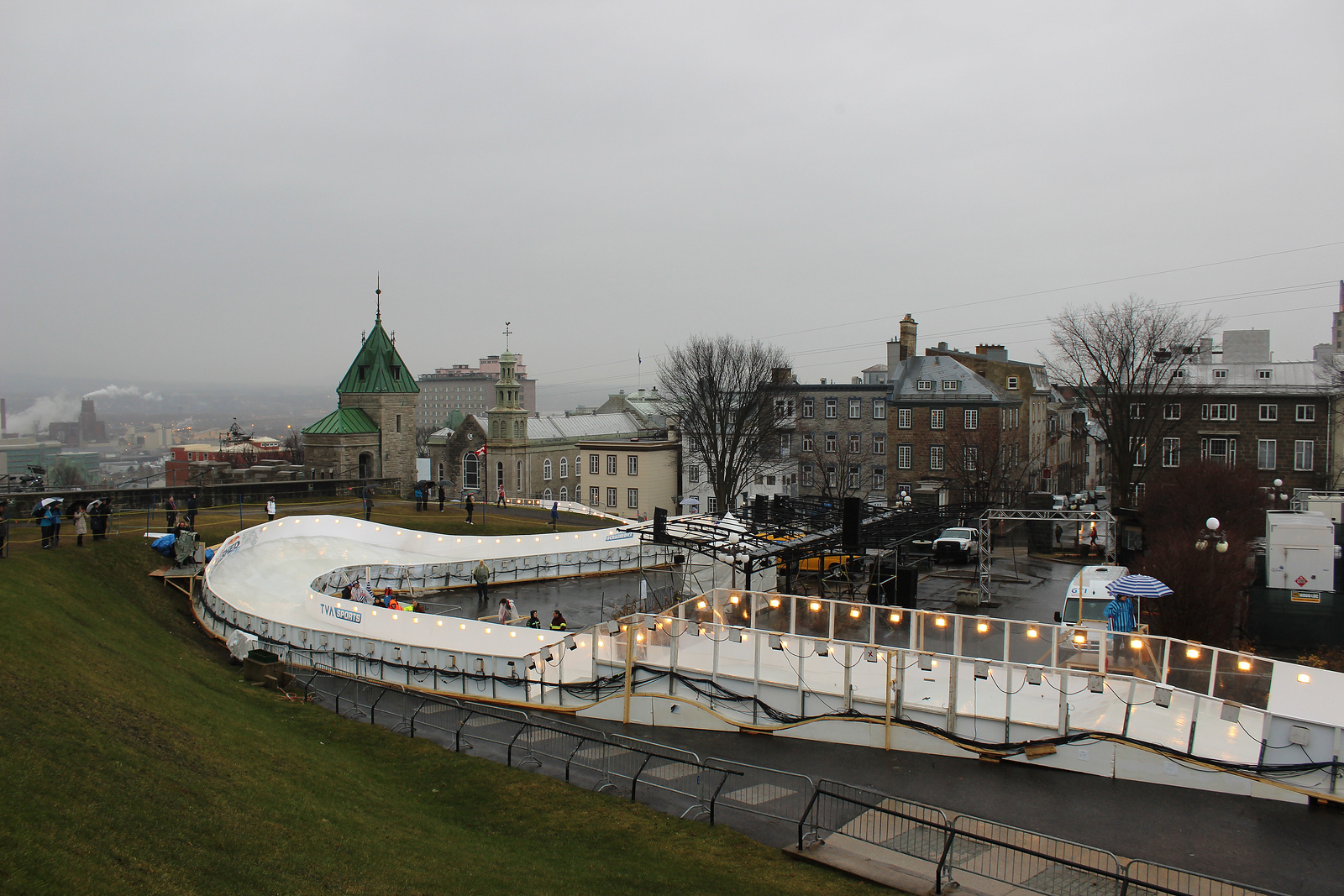 The event spanned two evenings on November 27 and 28, 2015. There were a series of elimination rounds, narrowing down the participants eventually to a final race of four. Since 2010, women have been able to participate in their own races. This year, there is a women’s world competition with a female to be crowned the winner at the end of the season.

The crowd was incredibly energetic. I’m sure many people arrived very early to get a prime spot along the track itself. The crowd was several layers deep with many spirited attendees holding signs and noise makers to cheer on their favourite athlete. We stood by the finish line with many of the most excited fans in the “Fan Zone”. It was very easy to be enthusiastic for the sport with such a lively group. We watched the huge screens nearby until the racers emerged from around a corner, sprinting to the finish line and slamming on the brakes at the very end. Many of them would nearly crash into the wall in front of us as they were skating at such high speeds. The winner of the round would be congratulated by family members, friends, and fans alike. Many would skate along the boards, giving high fives to the fans on their way past. 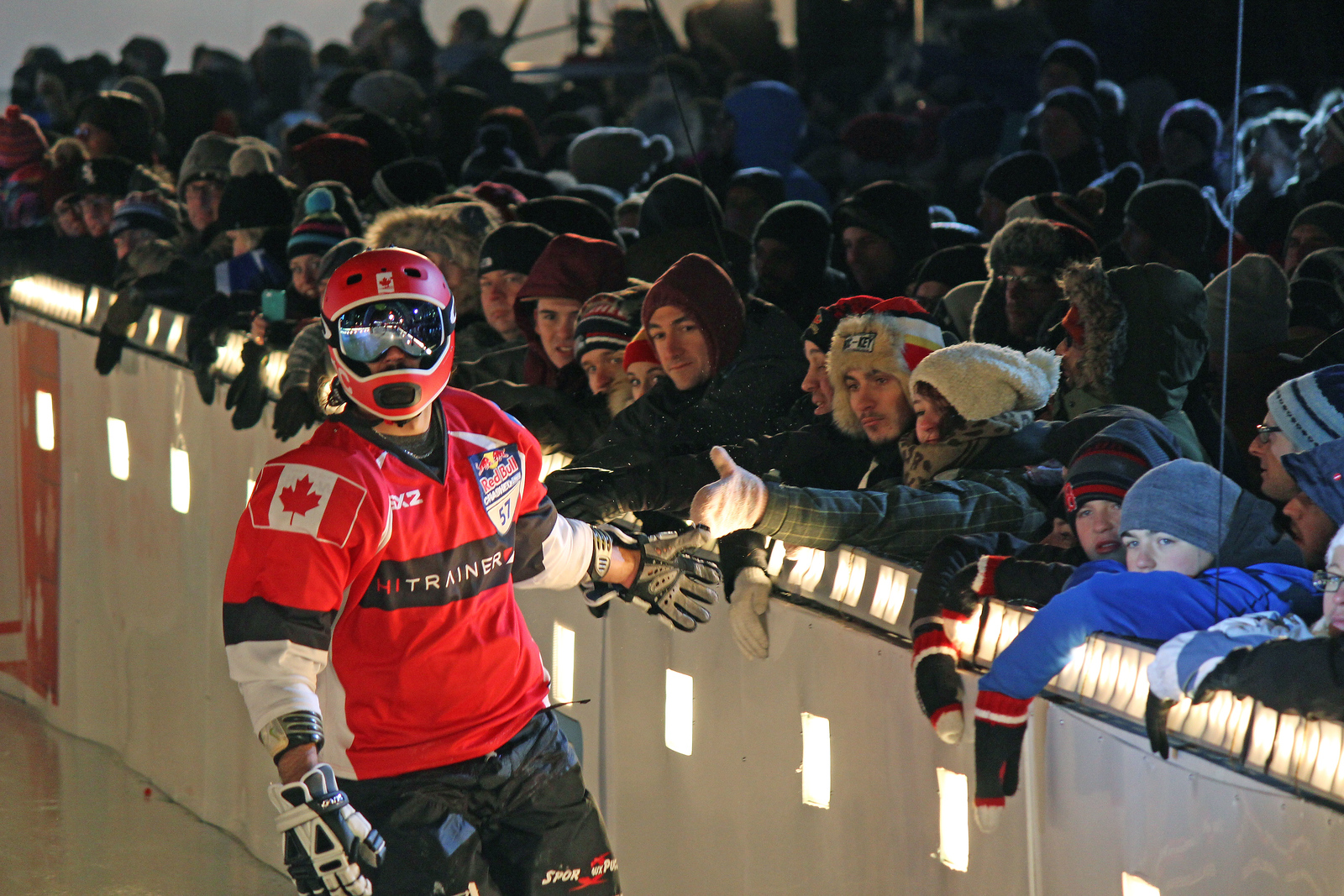 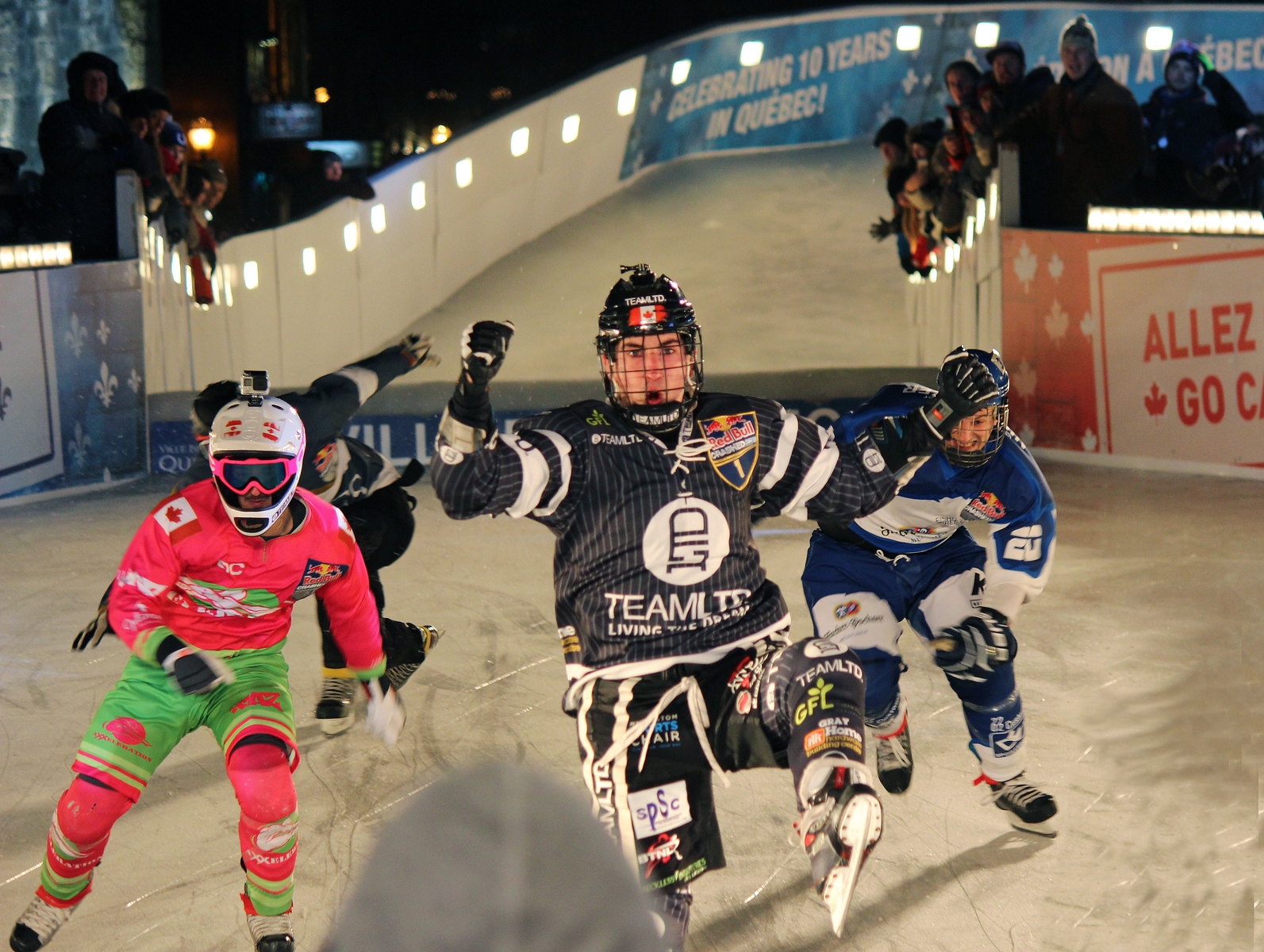 The second to last race was the women’s finals. Too often, female athletes are completely overlooked, and I’m happy to see women participating in this vigorous sport. Furthermore, having a women’s component would allow ice cross downhill to be eligible for a future Olympic event. Will we eventually see this sport in the Olympics? We shall see! There were many fans cheering on the Canadian racer, Myriam Trépanier. As it turns out, Myriam won the race, much to the delight of the crowd. 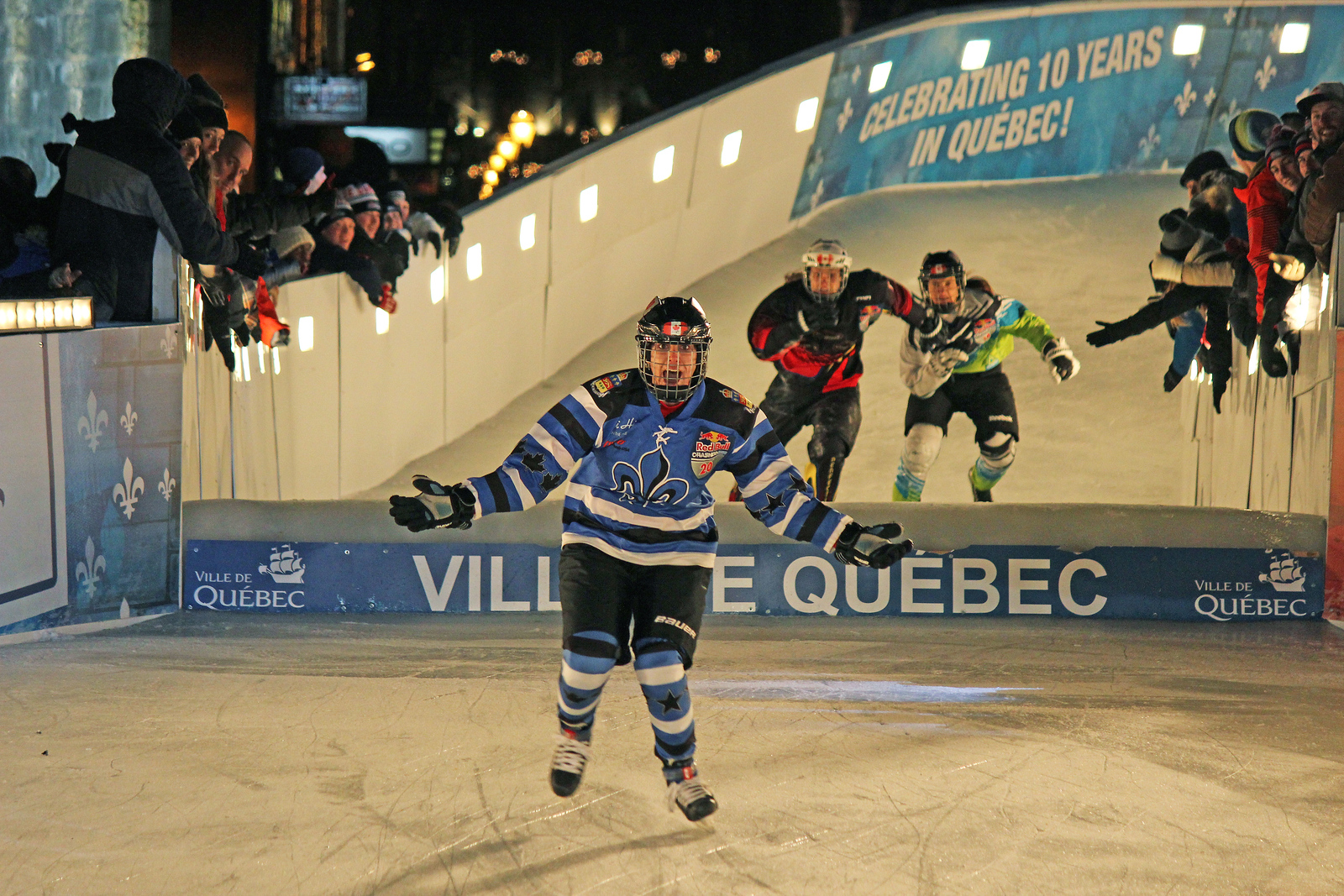 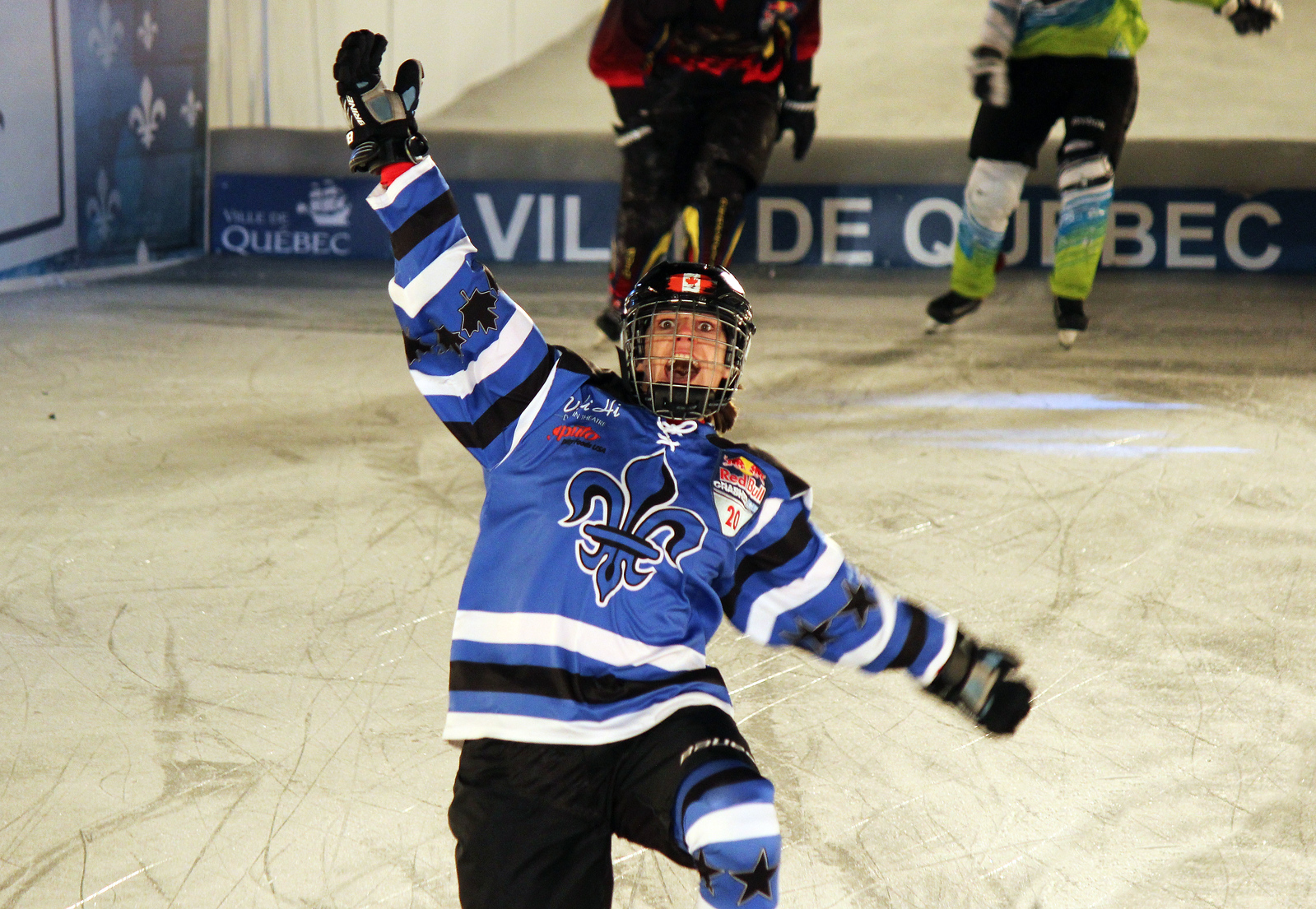 Though there were two Canadian brothers competing in the final heat, an American reigned supreme. Cameron Naasz won the first place title, which will give him a great advantage in points to win the world championship title. He’ll have to place strong in the next three competitions to take it all. We watched the trophy presentation as the top three winners stepped atop the podium. At the end, the fourth placed racer joined the stage for some photo opportunities. 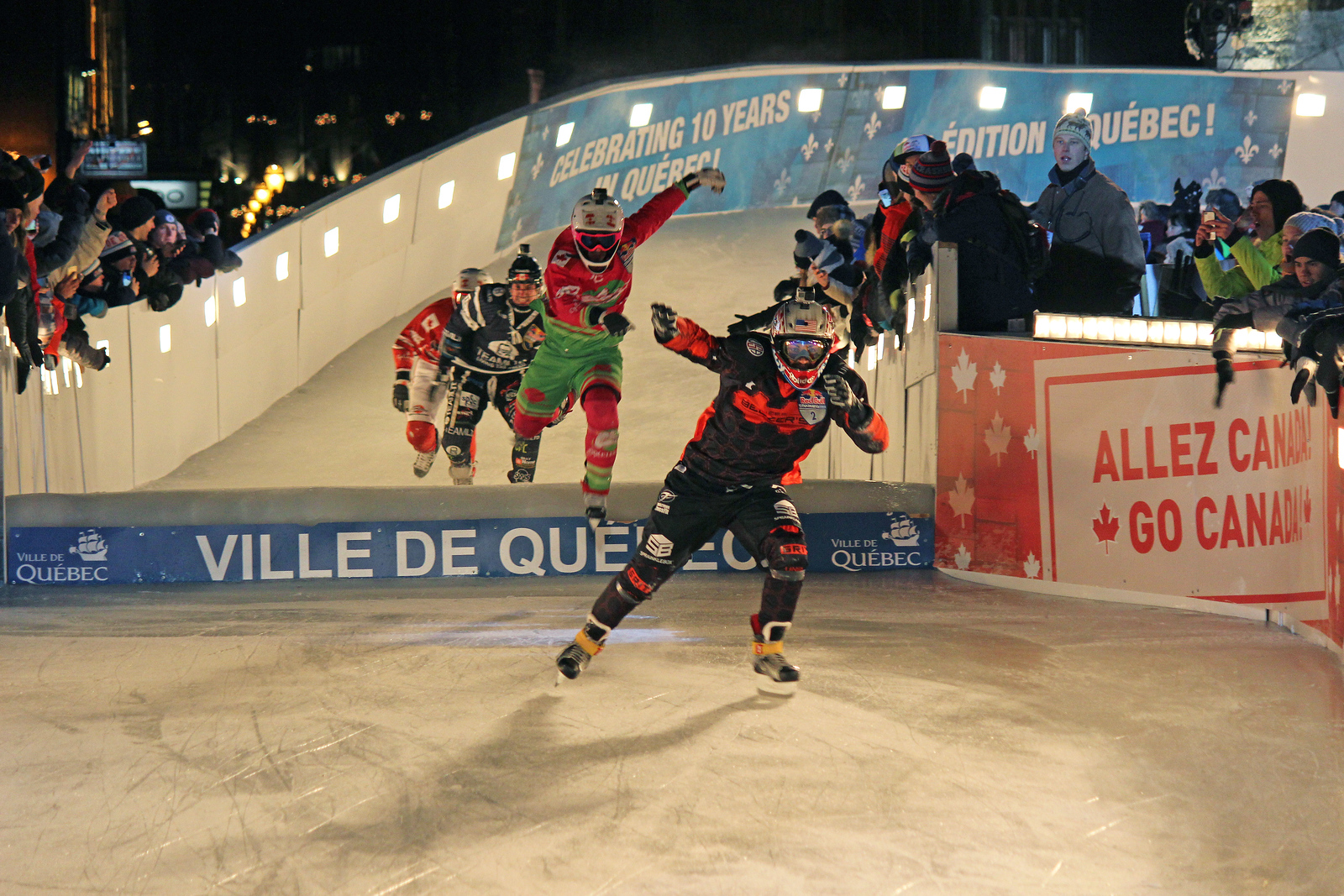 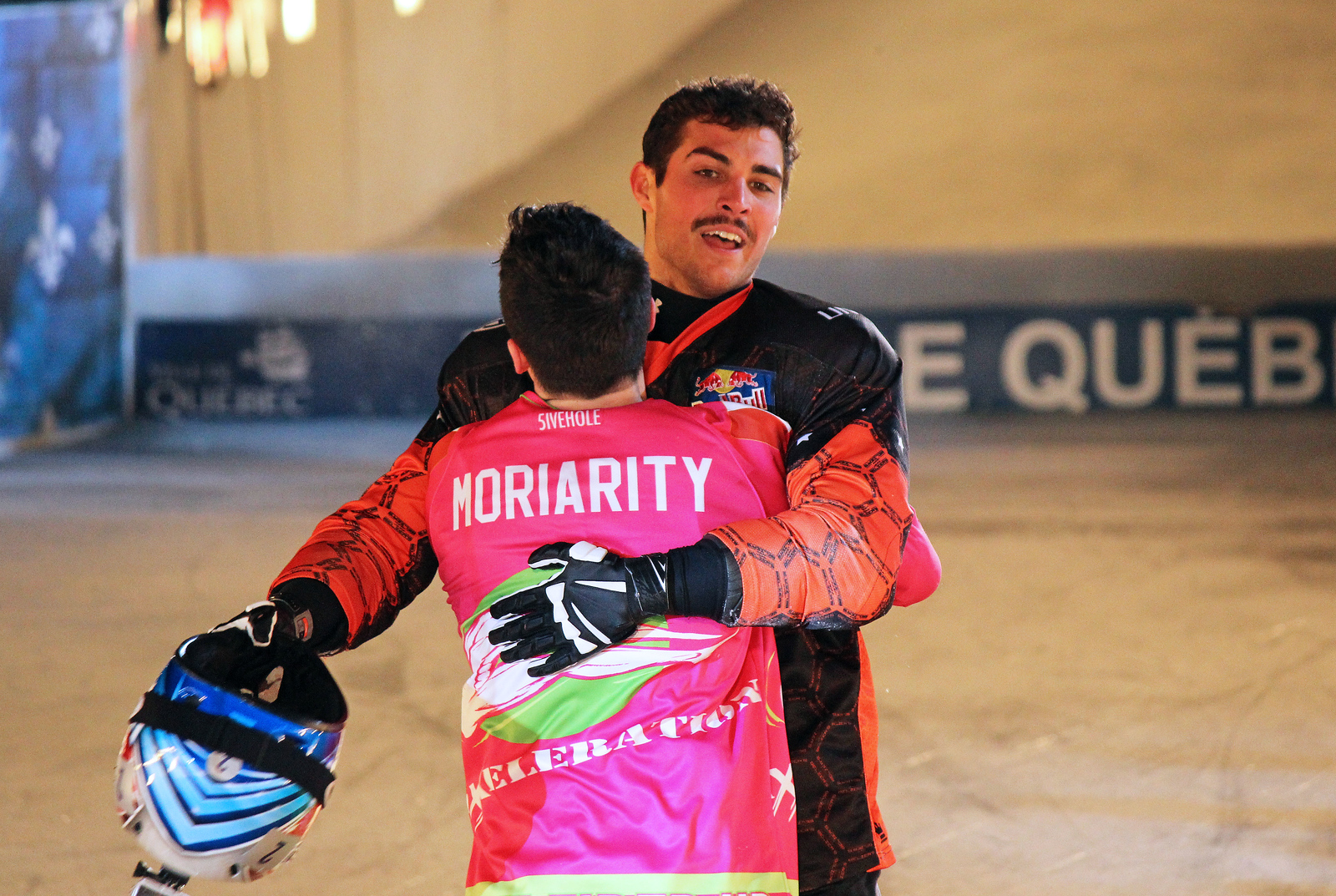 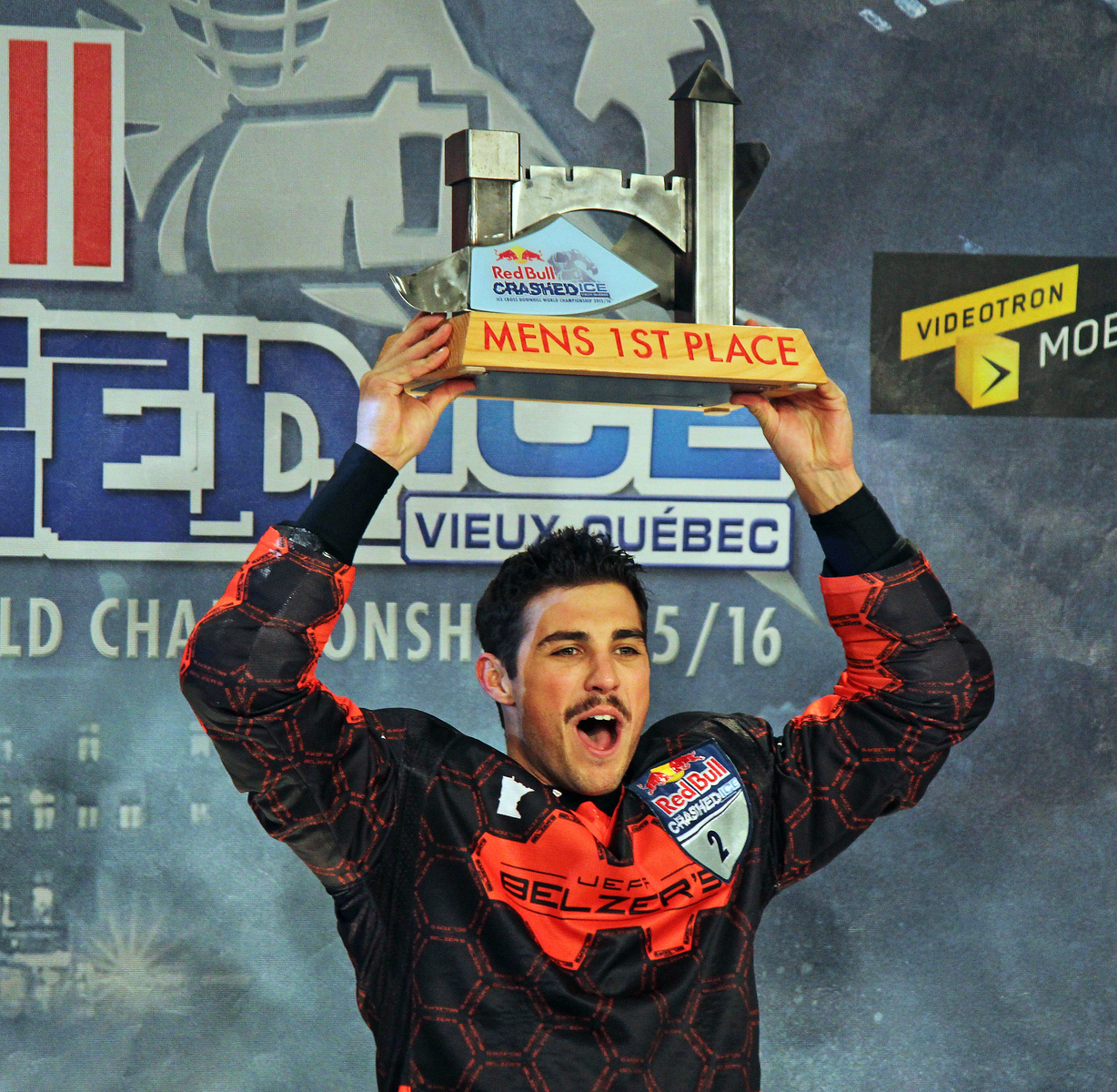 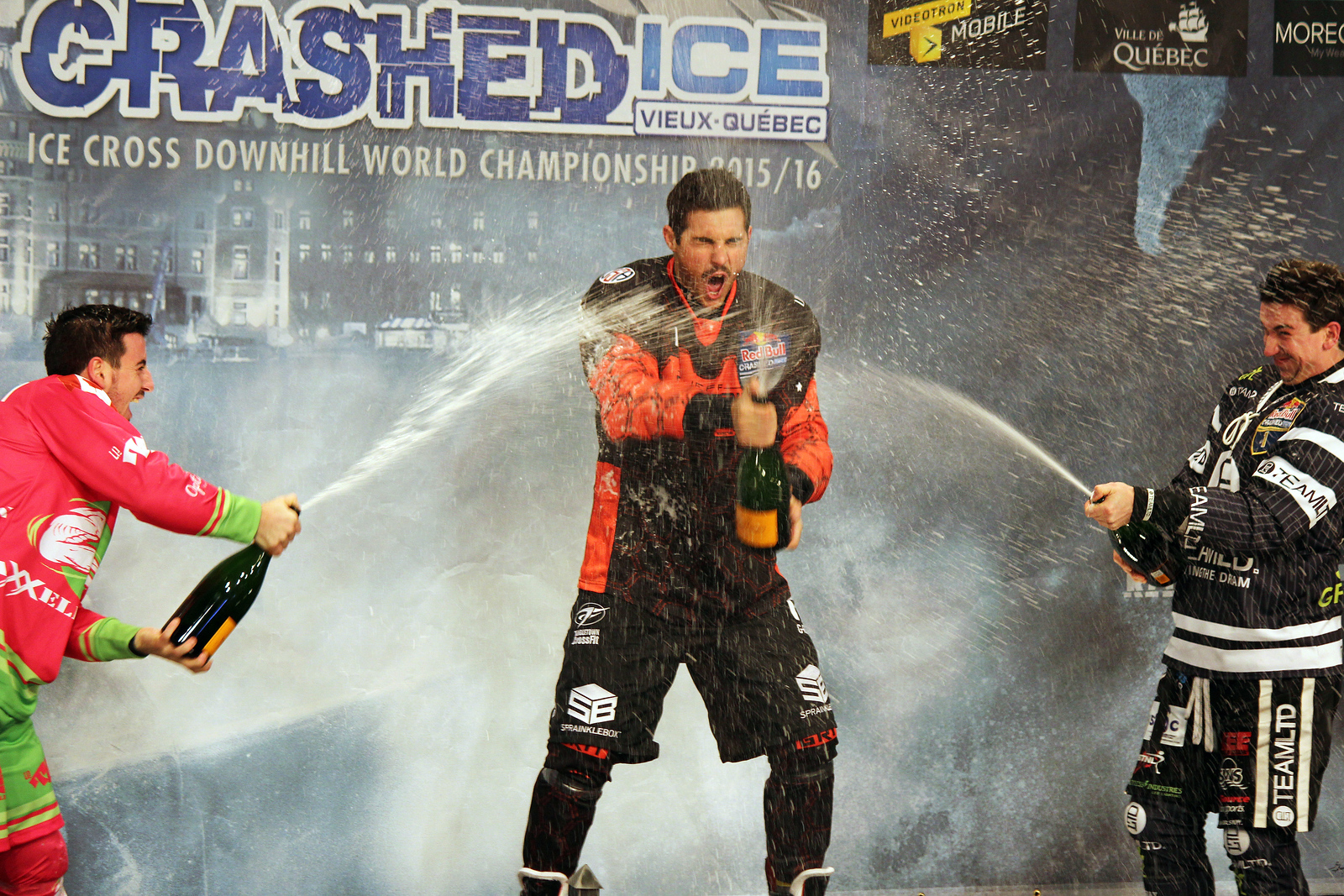 If you find yourself in Germany, Finland, or the USA in January and February, you should consider going to the next Red Bull Crashed Ice event. It was an exhilarating experience with tons of action. I’m in awe of how these skaters can glide so quickly down severe hills and around such sharp turns. 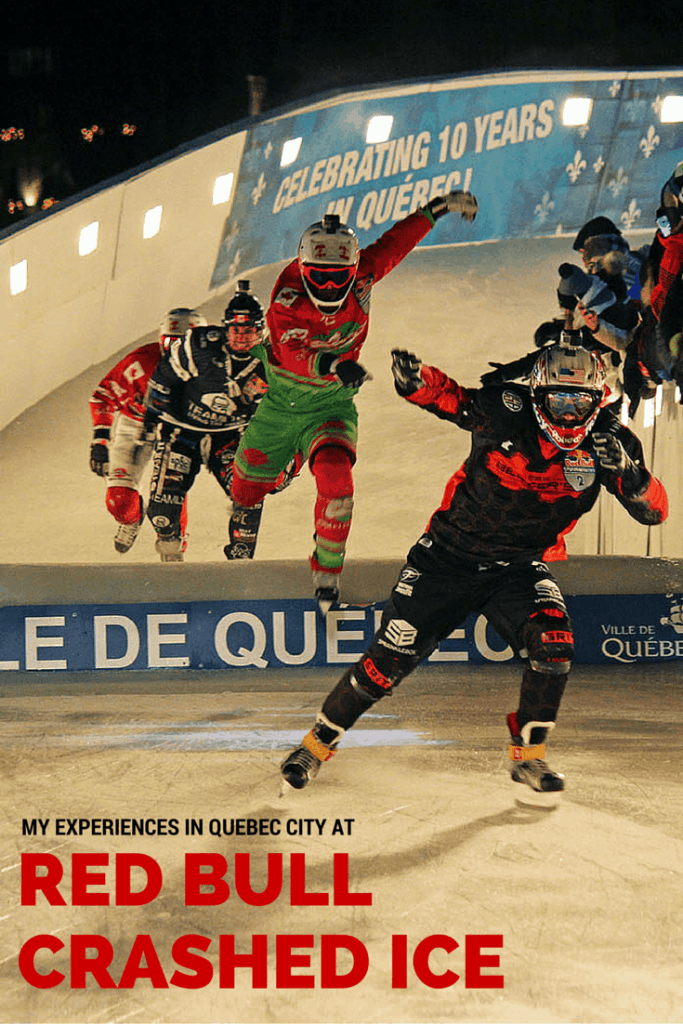 A special thanks to Quebec Tourism for hosting our stay.

Have you ever gone to Red Bull Crashed Ice? Would you like to attend?

Haha looks like quite the event! I've attended the Winter X Games on numerous occasions up in the Rocky Mountains of Colorado and have really enjoyed myself so could certainly see attending the Red Bull Crashed Ice event. Have you ever seen the ice sledding events like what's hosted in the Olympics?

I imagine that would give you quite the rush as well! lol

Great photos! Such a fun event, isn't it? The St. Paul one is about a mile from our apartment, so we checked it out last year! Would be fun to check it out in another city sometime, too!

wow, that looks so cool! I really enjoy winter sports but never heard of this one - I need to catch up as it seems like my kind of thing to watch! And Quebec City looks perfect for this kind of event, I love the mix of old architecture and sport emotions!

I've seen this on tv as we had a race here in Holland too, I think. It looks so scary yet high paced and energetic at the same time. I'm sure it's been quite an adventure to even attend this.

What a crazy sport ... I have to see this live once in my life!