The Giant’s Causeway is a natural phenomenon that you must see in your lifetime.

Giant’s Causeway is the most popular stop on Northern Ireland’s Causeway Coastal Route, and that’s for a good reason. It’s an awe-inspiring sight to behold. It’s a rocky terrain of 40,000 interlocking basalt columns in various sizes. These formed naturally as a result of an ancient volcanic eruption. Pretty cool, right?

Naturally, you’ll want to include this attraction on your Northern Ireland itinerary for sure.

It’s easy to take a Giants Causeway tour from Belfast when you add it to your road trip plans. I highly recommend renting a car in Ireland so you can travel at your own pace. While there are several tour companies that include the Giant’s Causeway coming from Belfast or even Dublin, I think it’s best to embark on a self drive trip. And who knows, when you’re able to drive around on your own, you might stumble upon places you didn’t even imagine existed. 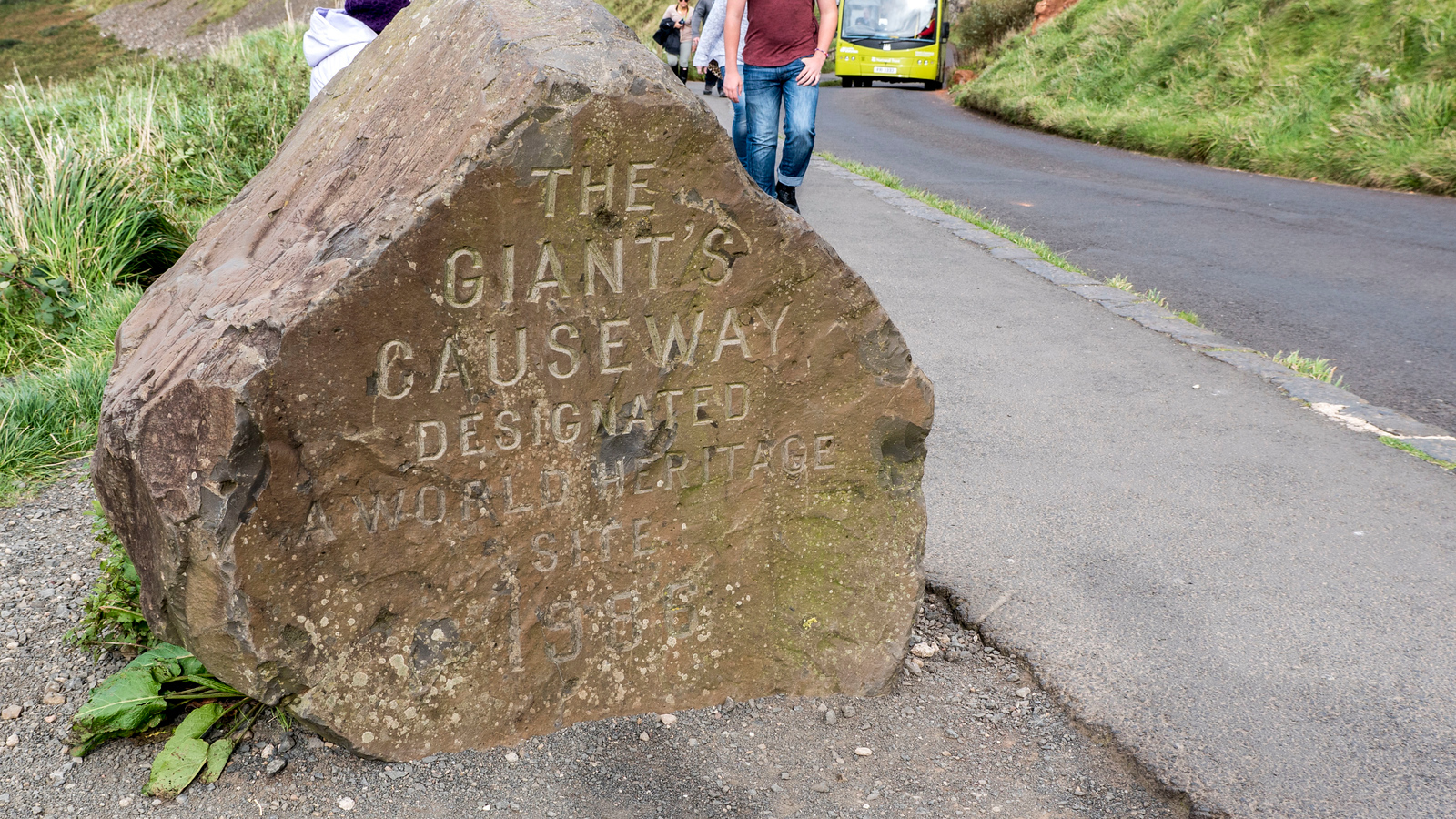 In 1986, the Giant’s Causeway was declared a UNESCO World Heritage Site as an area of global geological importance. It’s the sheer amount and shape of the basalt columns that are so spectacular. Not only are there 40,000 of them, but they’re cut horizontally perfectly to form a flat surface. While most of the columns are hexagonal, there are several with four to eight sides. The tallest columns are 12 metres high.

Formed 60 million years ago, the Giant’s Causeway and the cliffs of Northern Ireland’s Causeway Coast helped shape our understanding of our planet’s geological history.

In 1987, the Department of the Environment for Northern Ireland officially made the Giant’s Causeway a national nature reserve. 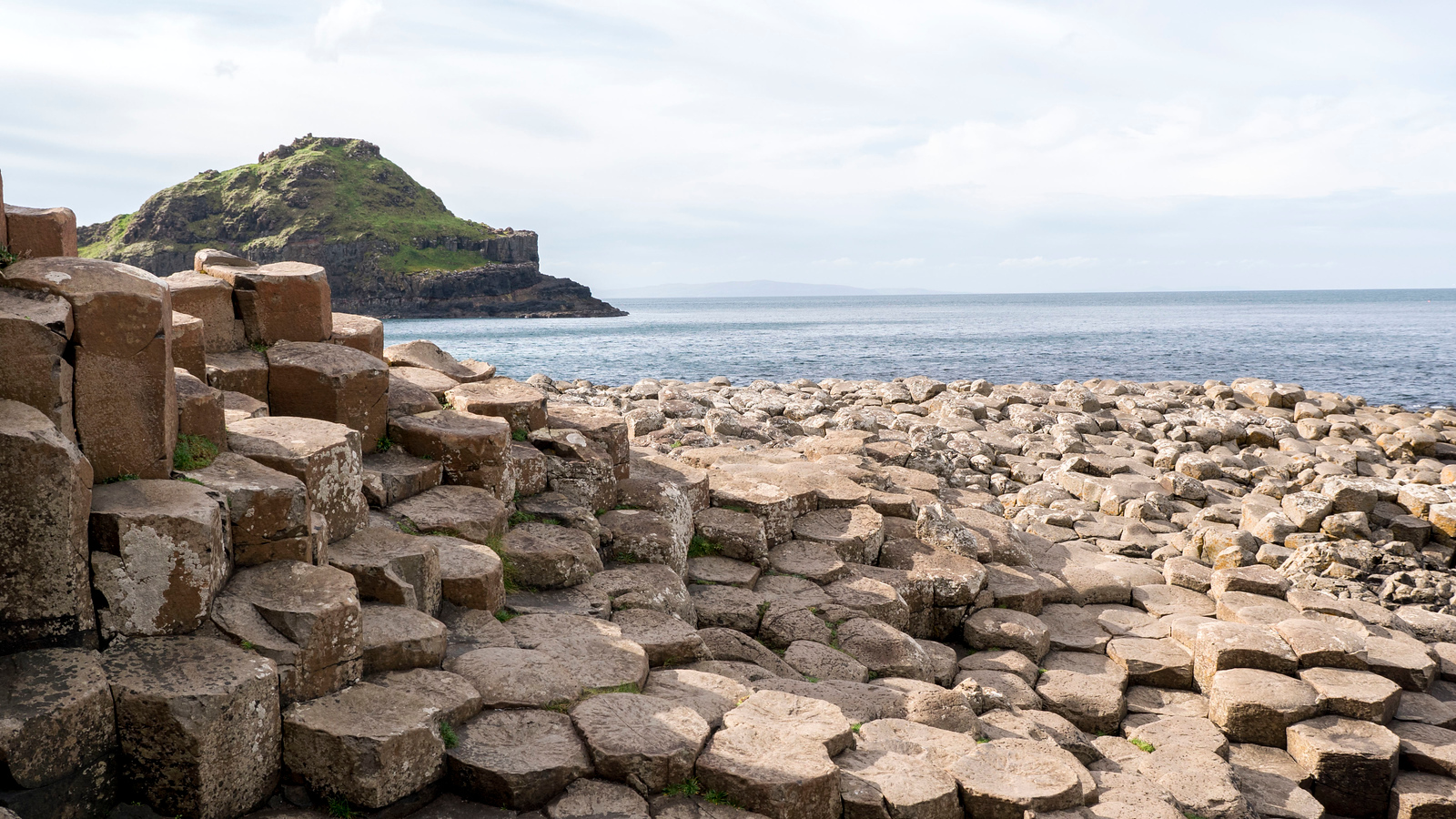 LEGEND OF THE CAUSEWAY

According to legend, a giant created the Giant’s Cuaseway. The Irish giant, Finn MacCool, was challenged to fight a much larger Scottish giant, Benandonner. Finn MacCool created a causeway stretching across the North Channel so they could battle one another.

In order to beat Benandonner, Finn’s wife, Oonagh, disguised him as a baby and tucked him into a cradle. When Benandonner saw how big this baby was, he realized that his father must be gigantic. Trembling with fear, he raced back to Scotland, tearing up and destroying the causeway as he fled. These rocky columns of various heights were left behind. 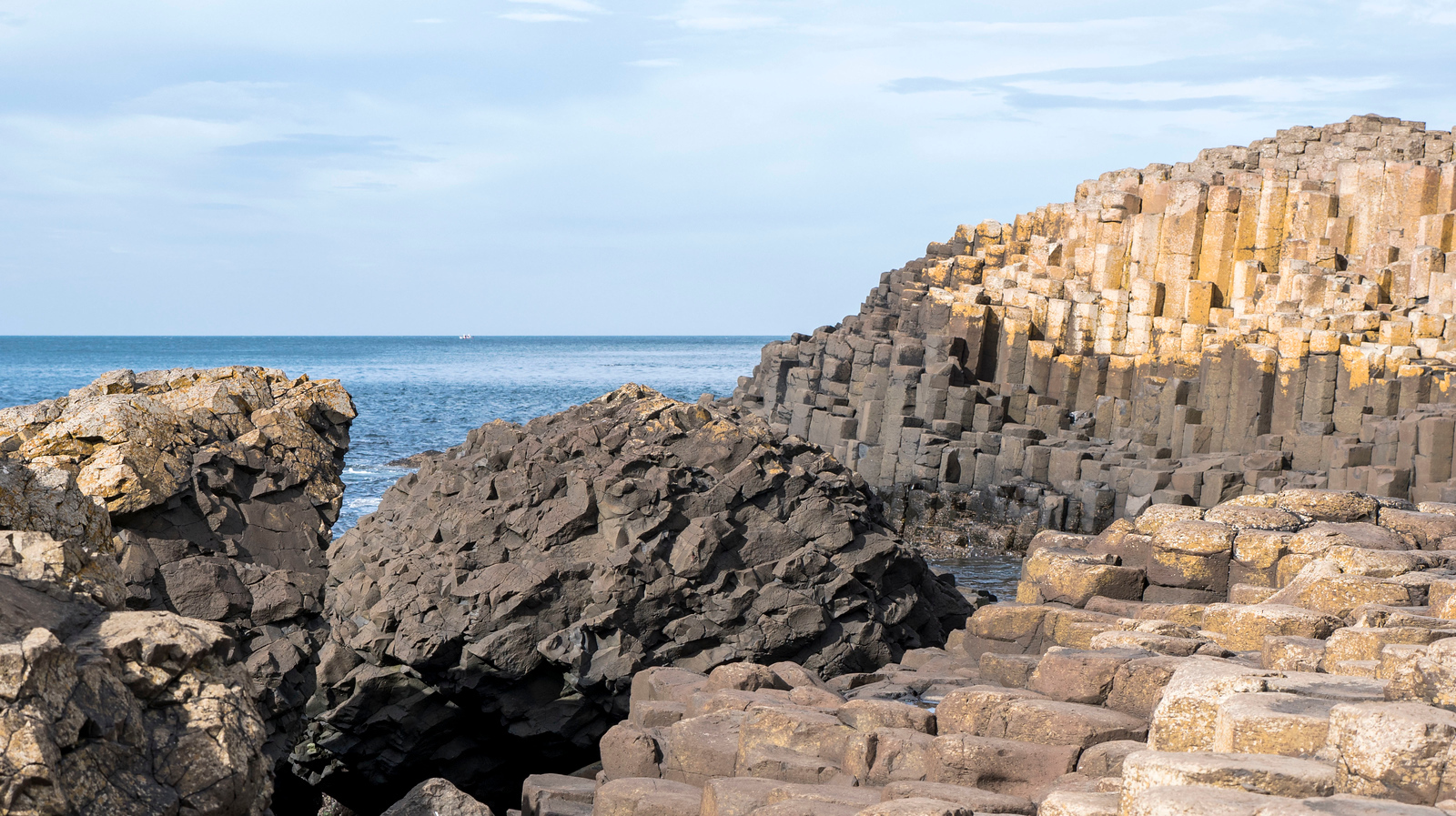 When driving to the Giant’s Causeway, the admission cost is £10.50 per person. If you plan to hike or walk there, the admission is free. If you can park elsewhere and walk, you don’t have to pay the price of admission. However, parking spaces off site are difficult to find. For us, it seemed as though there were an endless amount of “no parking” signs. The closest free parking lot was a cafe down the road, which could easily amount to a 20-30 minute walk (by my estimation…could be longer!).

Once you arrive at the site, you can either choose to take a free bus ride to the causeway or walk down the hill. On the way there, we walked down the hill as it was a very scenic and beautiful downhill climb. On the way back, we opted to take the bus in order to make it back to the car more quickly to carry on our way. 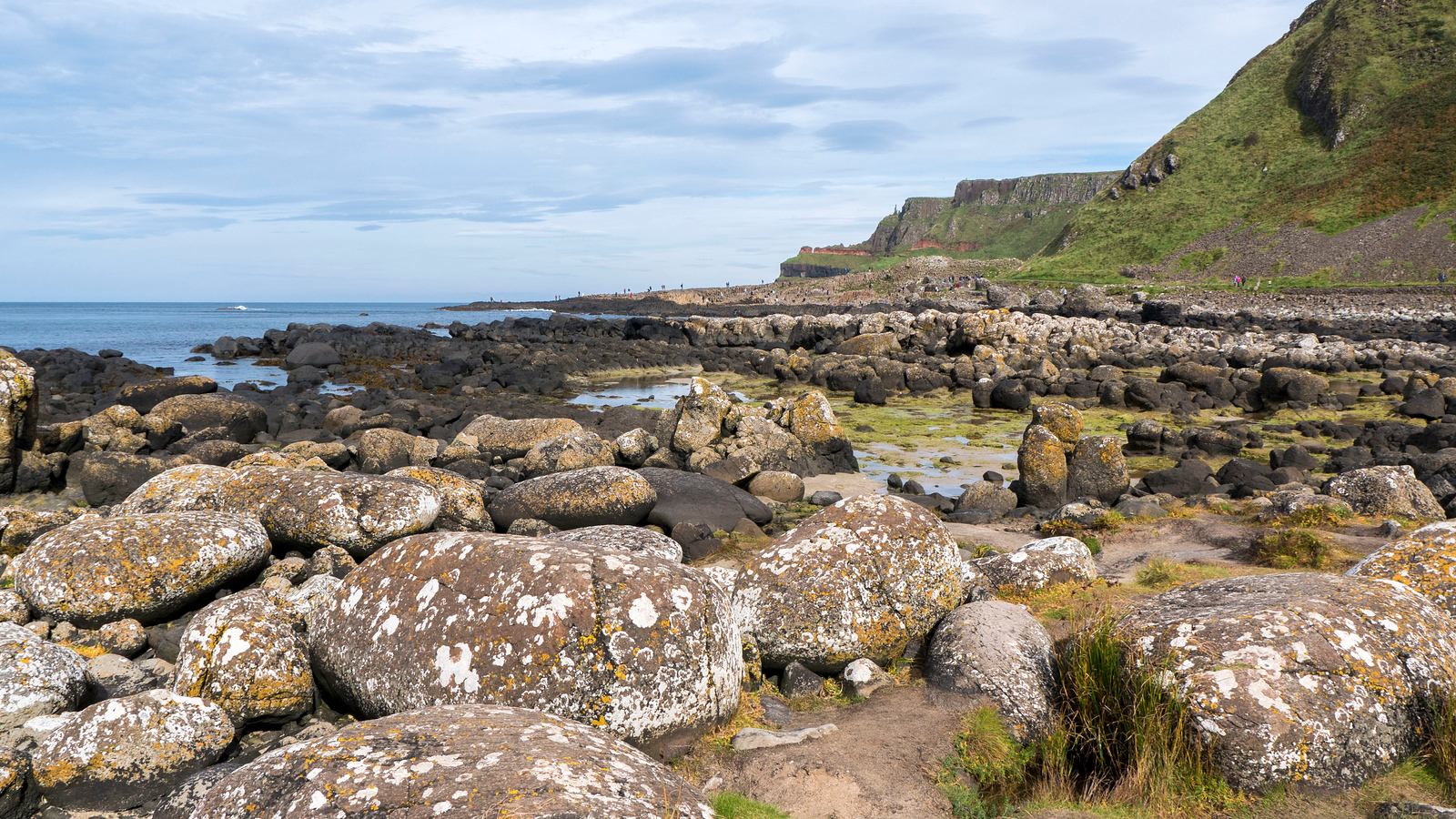 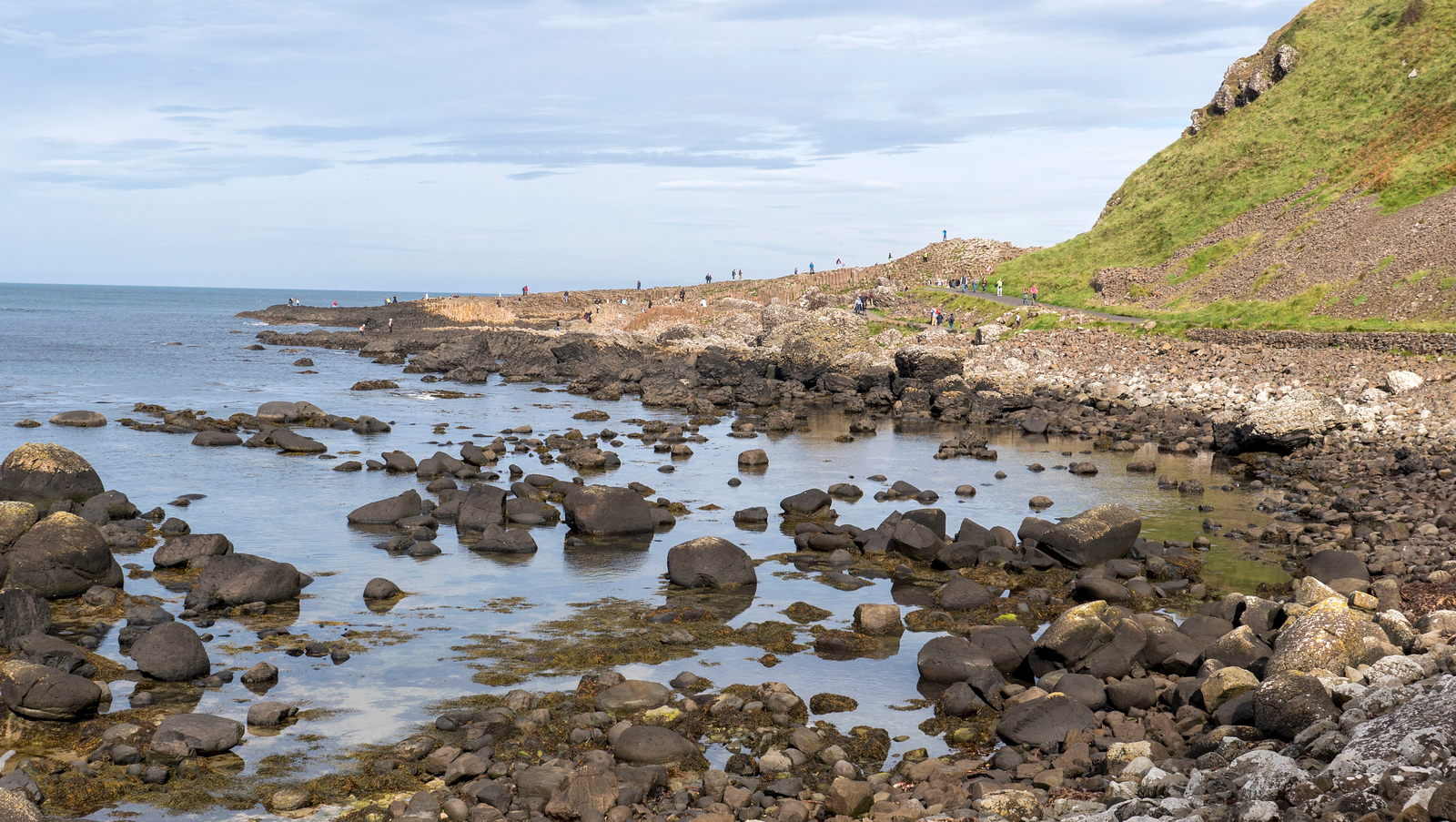 Once you arrive, it’s all about climbing around on the rocks. Step from platform to platform, marveling at this unique scenery. Take a seat on one of the columns and admire the view. Although these basalt columns might remind you of ones in Iceland or Scotland, the Giant’s Causeway is an entirely unique place in the world that you need to visit.

Here’s a collection of photos that I took at the Giant’s Causeway. 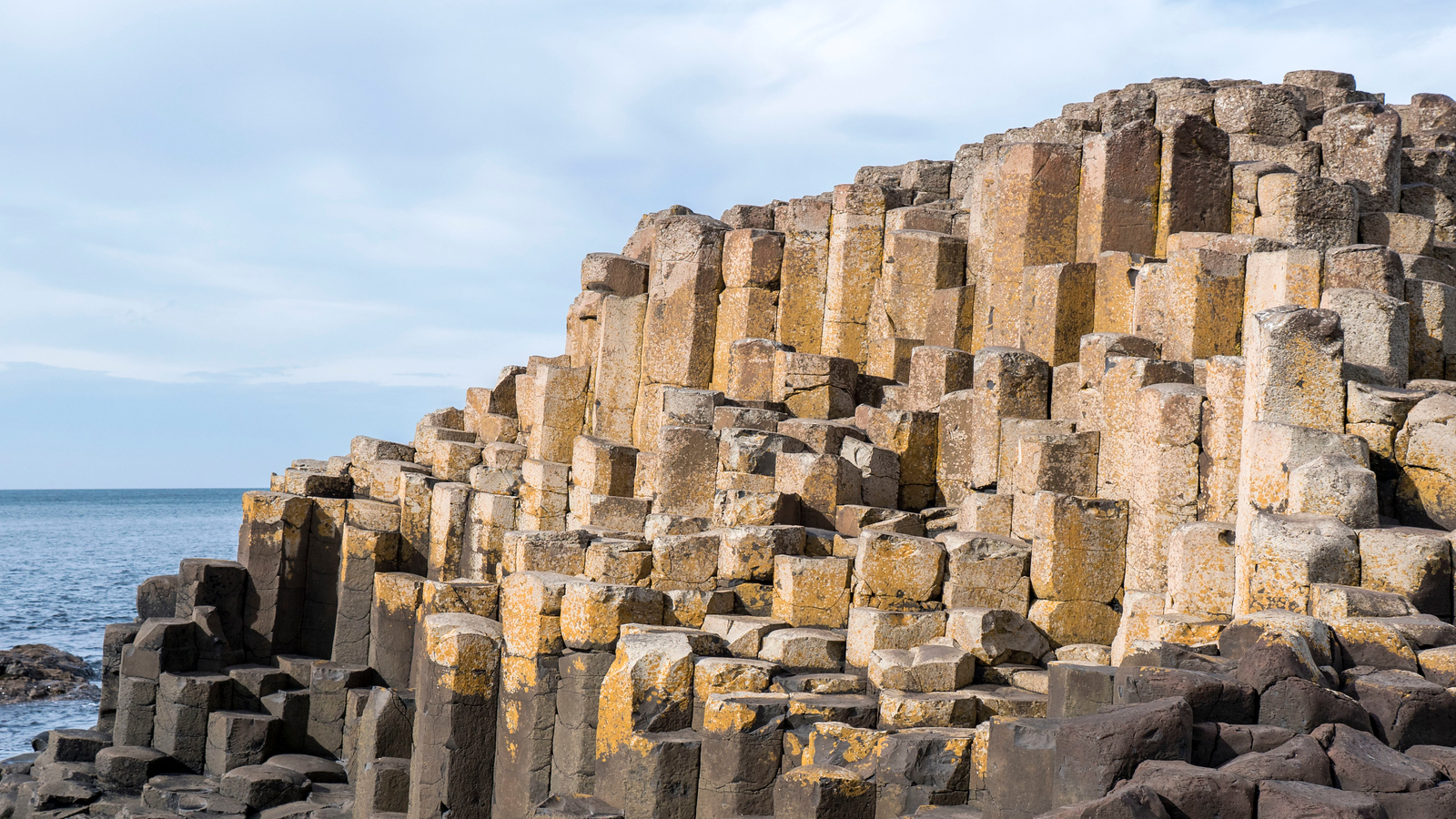 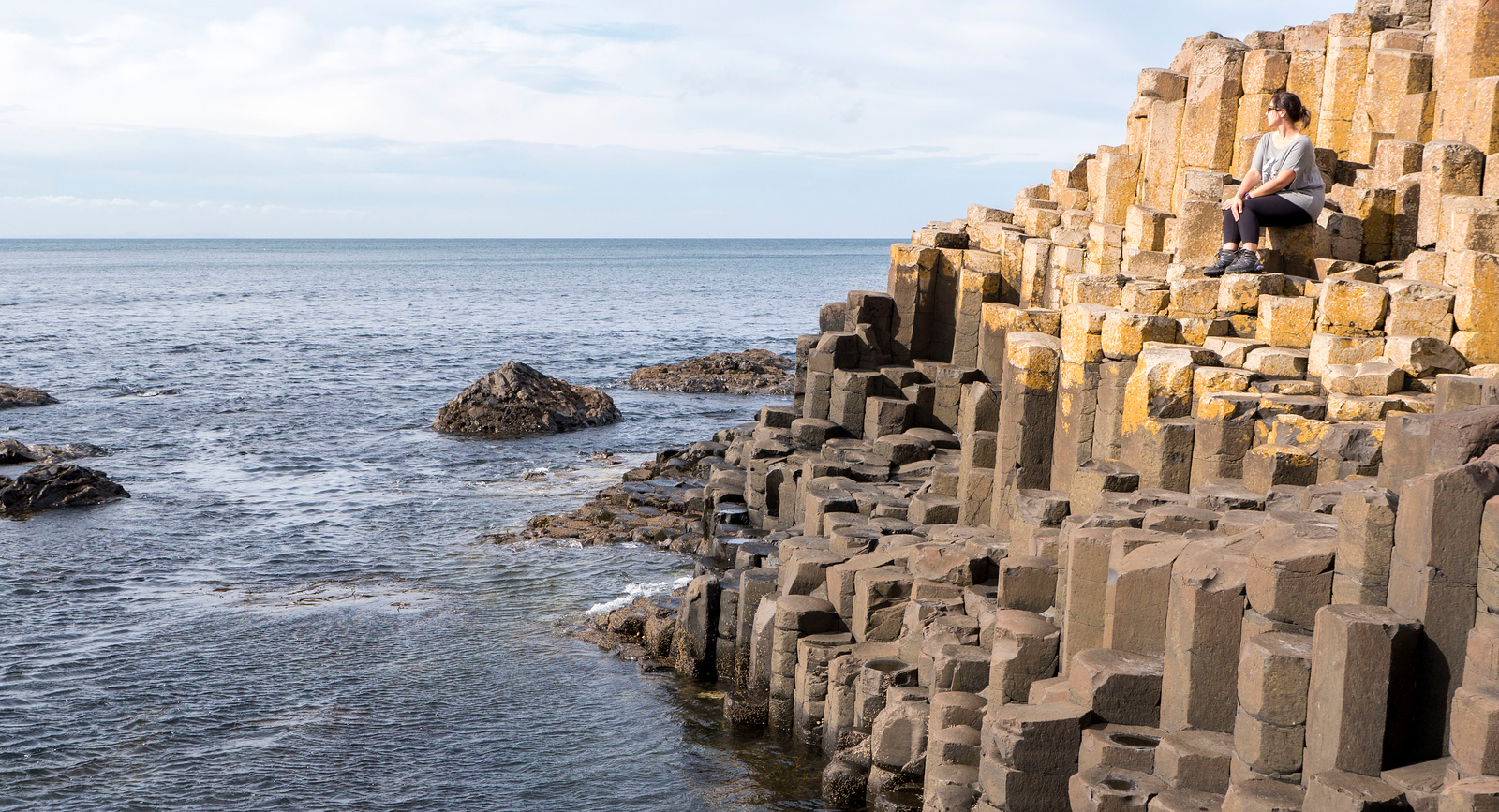 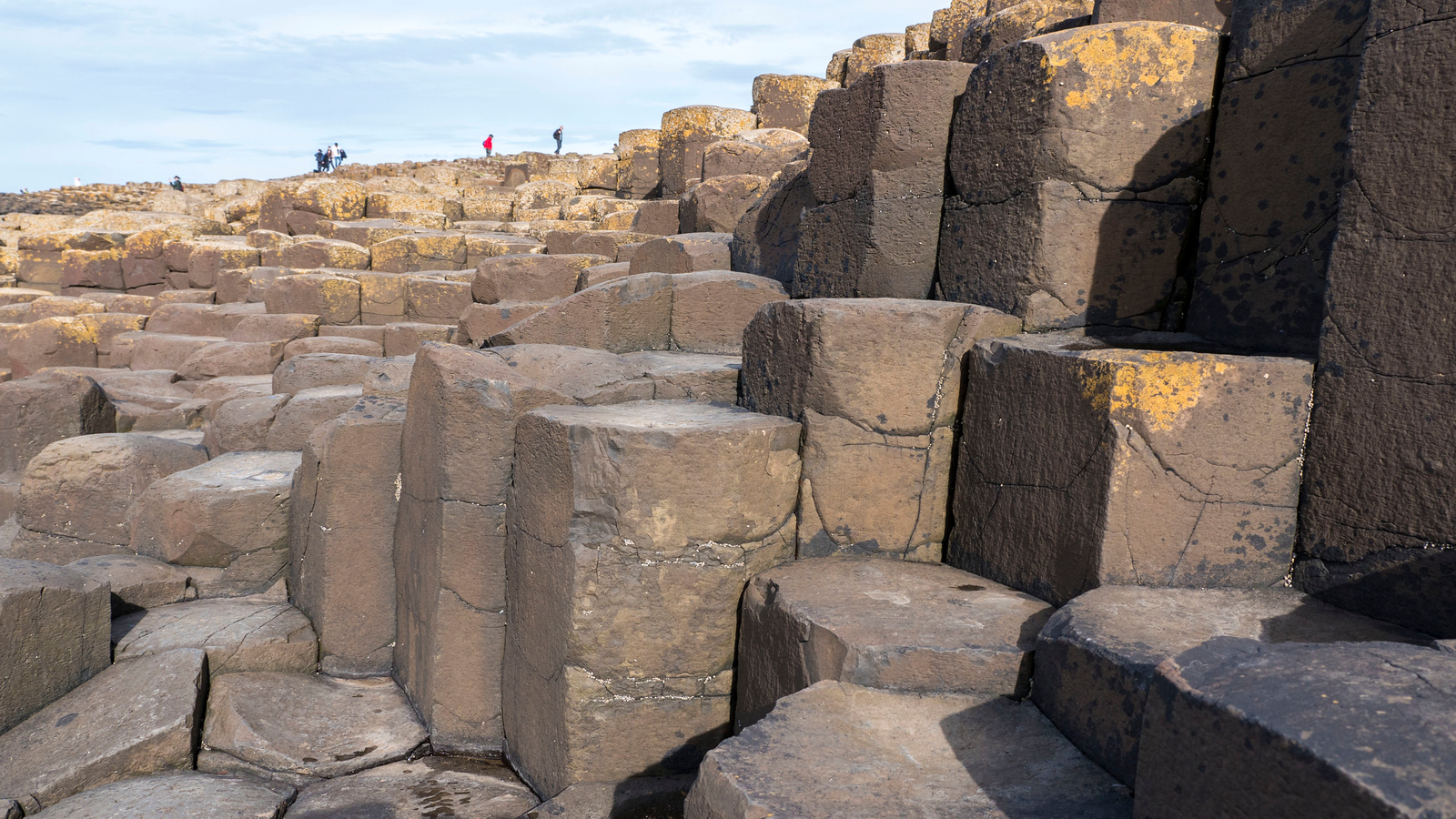 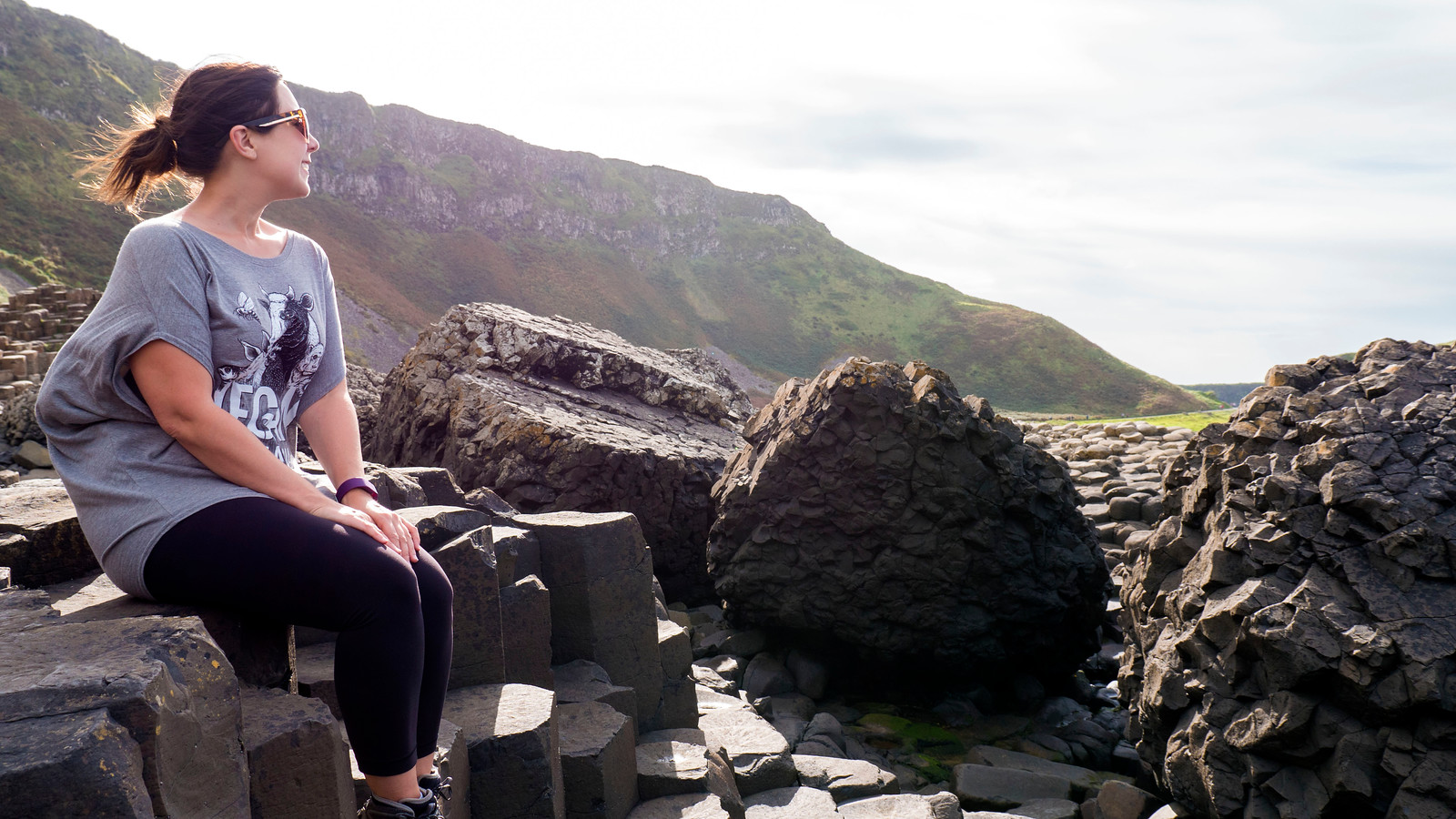 Isn’t our world such a fascinating place? I was so impressed with the brilliance of Ireland and Northern Ireland.

To view more photos from the Causeway Coastal Route, please see my photo album from Northern Ireland.  You can purchase prints, housewares, and more – all created from these photographs!

The Giant’s Causeway is open from dawn until dusk, although the visitor’s centre has different hours depending on the time of year. Check the National Trust website for more details.

The visitor’s centre has an interactive exhibit, audio guides, a coffee shop, and a souvenir store.

My recommendation is to take a Giants Causeway tour from Belfast, completely self guided with your rental car. Check out other stunning sights on your way, such as Kinbane Castle, the Carrick-a-Rede Rope Bridge, and Ballintoy Harbour.

If you’re looking for accommodations along the Causeway Coastal Route, I stayed in Belfast for one night, and Derry for the following night.

I stayed at the Clayton Hotel Belfast in Belfast. Feel free to check out my review, the reviews of others, and book your stay in Belfast.

I spent the night at the Bridge Bed & Breakfast in Derry. Here’s my review, the reviews of others, and book your stay in Derry. Have you ever visited the Giant’s Causeway or basalt columns anywhere in the world?