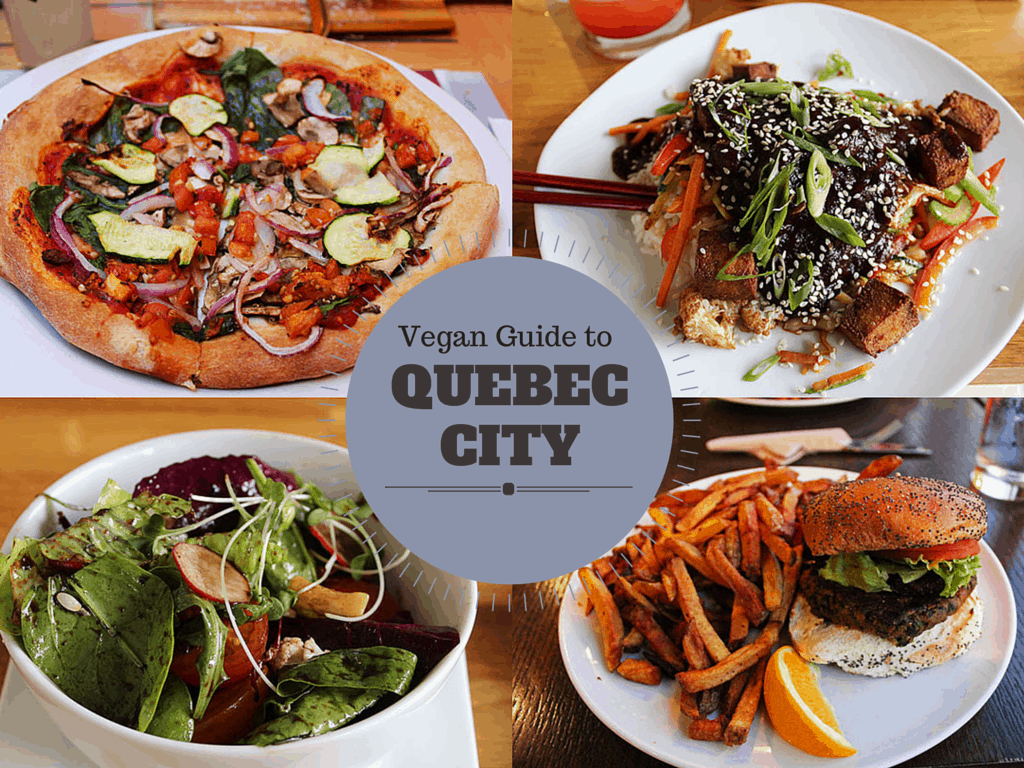 Quebec City isn’t the most vegan-friendly place that I’ve visited. But, that doesn’t mean that you can’t enjoy delicious plant-based meals. You’ve just gotta know where to find them. In fact, I’ve found some of the yummiest vegetarian meals after spending some time there. Plus, I have recommendations for other restaurants that I didn’t get the chance to visit, though I’ve heard great things about them. Here’s my vegan guide to Quebec City.

The restaurant at this Quebec City monastery is a hidden gem. And no, you don’t have to stay at the hotel to dine there! The restaurant focuses on healthy, fresh, and organic meals. There’s always a vegan/vegetarian option for a main course. And your meal includes unlimited trips to the salad bar, which is completely vegan. The salad bar had greens, bean and lentil salads, hummus, breads, minestrone soup, and more. The entree was a delightful tofu and vegetable dish with a pesto sauce. 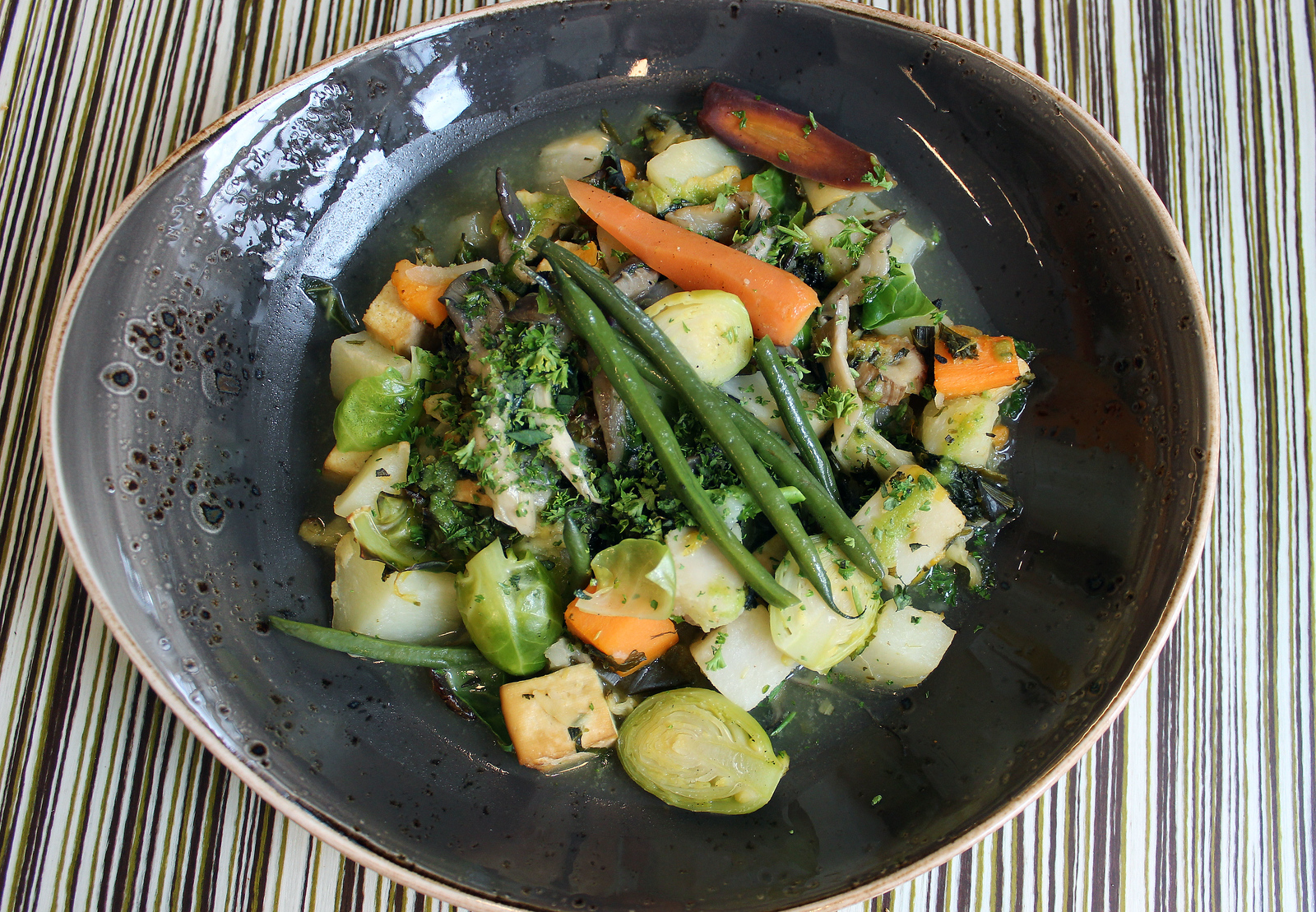 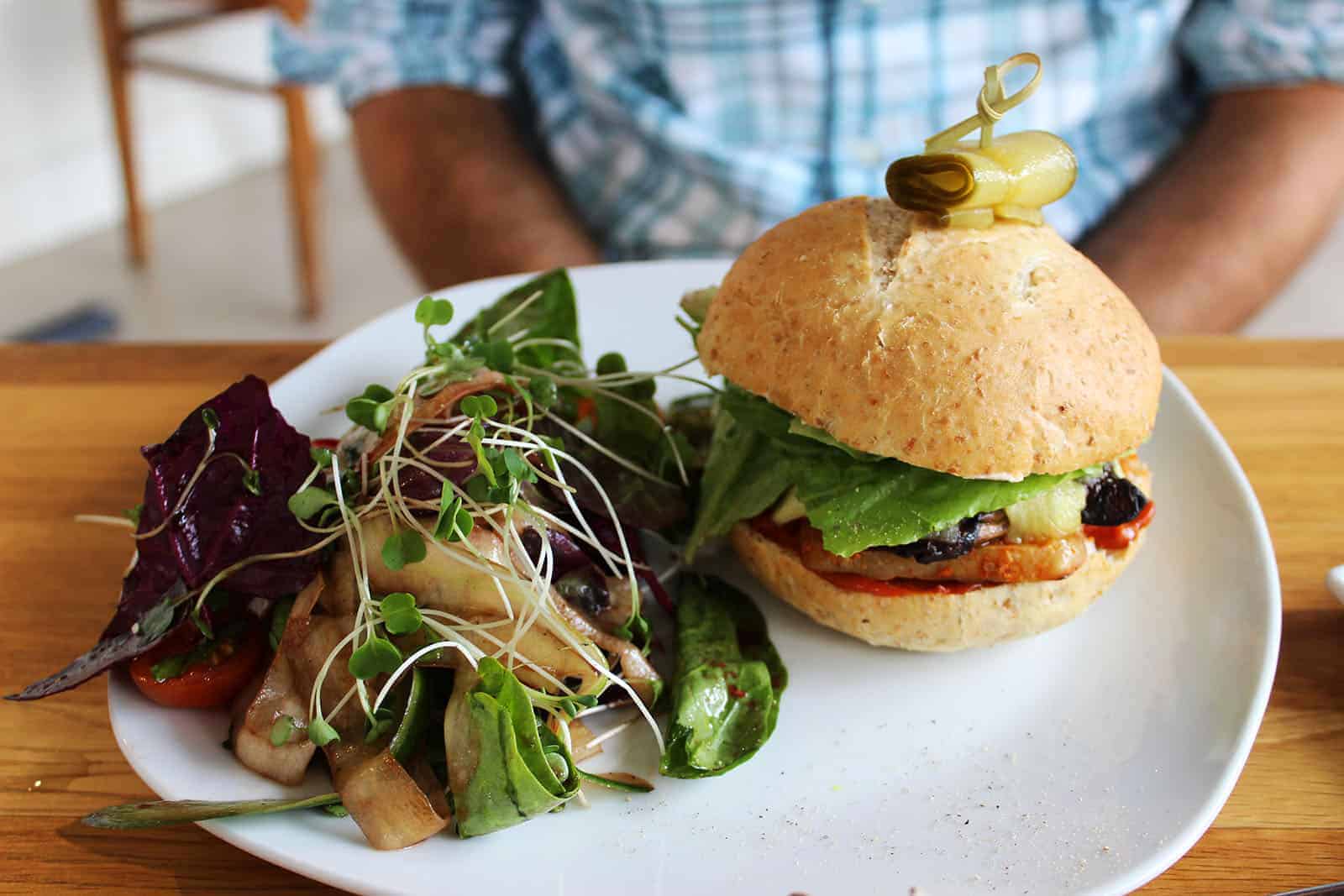 Update: There are four vegetarian burgers on the menu. Two of these can be made vegan: the Indian burger and the Tofu burger. Ask about the bun – I’ve heard it is not vegan, and can easily be substituted with the naan bun from the Indian burger, which is vegan. There are several locations of Chez Victor in Quebec City, so you shouldn’t have trouble finding one no matter which area of the city you wind up visiting. 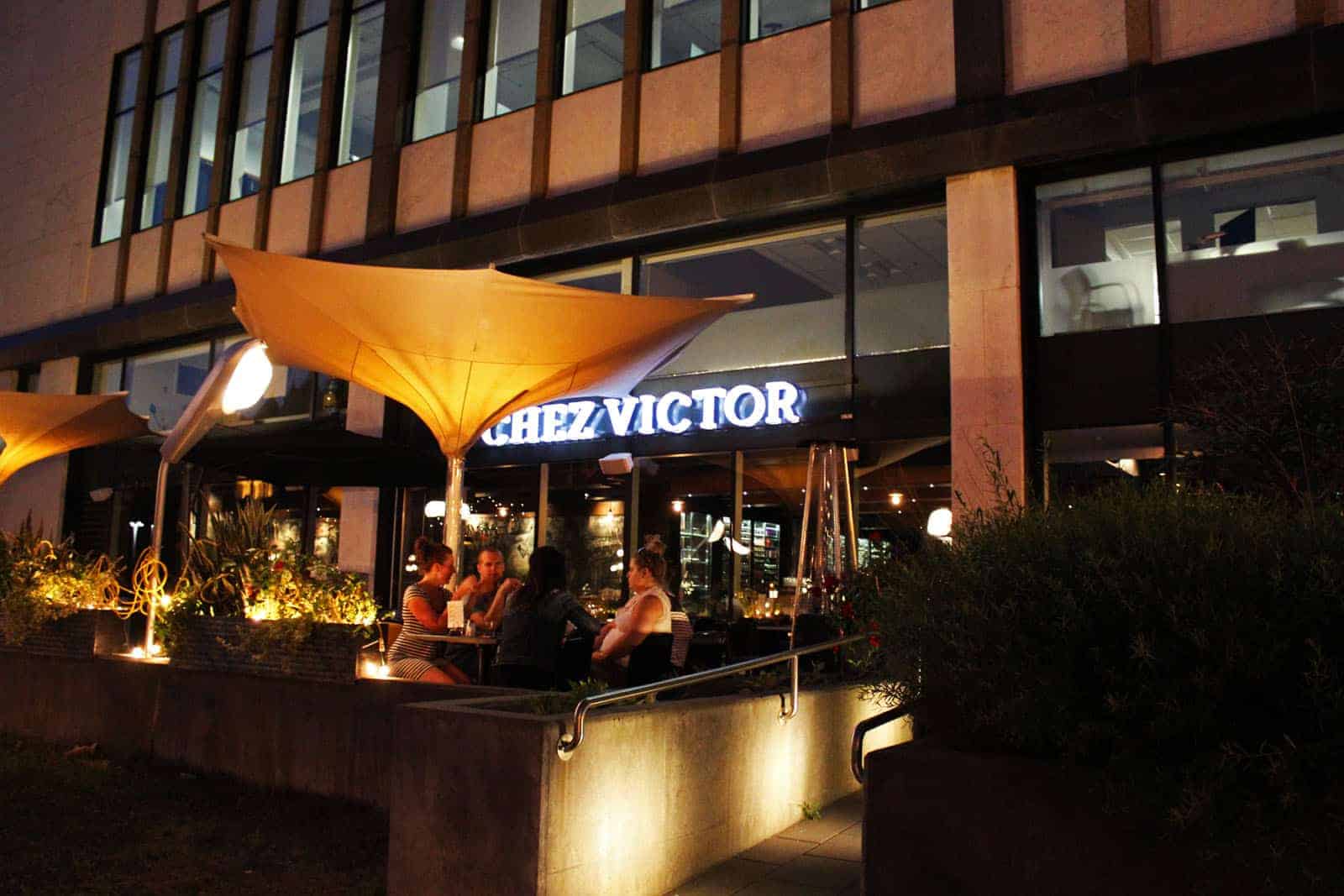 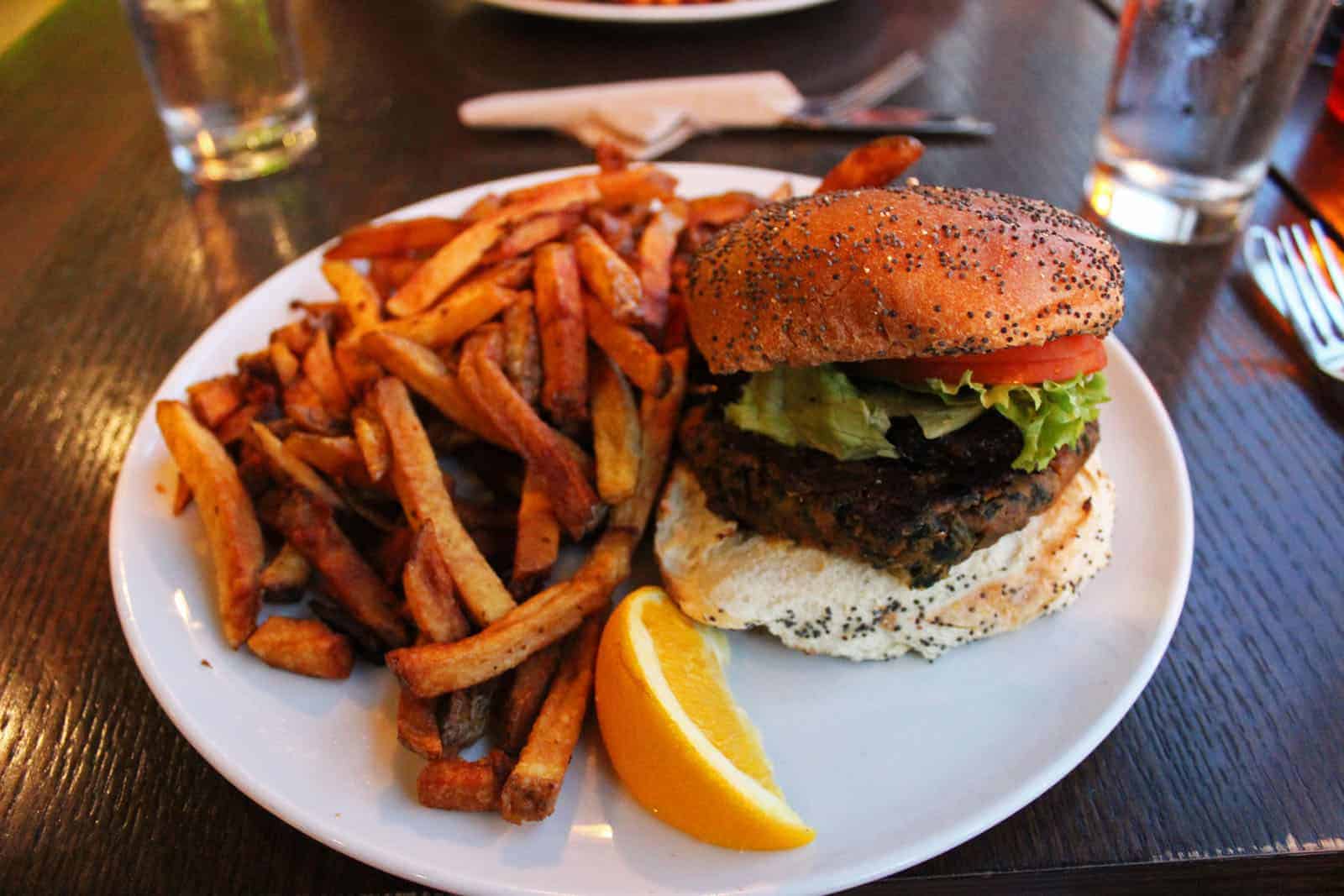 This Italian restaurant didn’t really serve any vegan food on the menu; however, they are very receptive to a vegan diet and will alter some of their vegetarian items to be vegan for you. There were a few different types of pasta and pizza to try, as well as salads and soups. We ordered a garden salad, a minestrone soup, and vegetable pizzas that were all really yummy. There were tons of veggies on top of the pizza! Go here for the great food and the great patio right in the middle of Lower Town, Old Quebec. 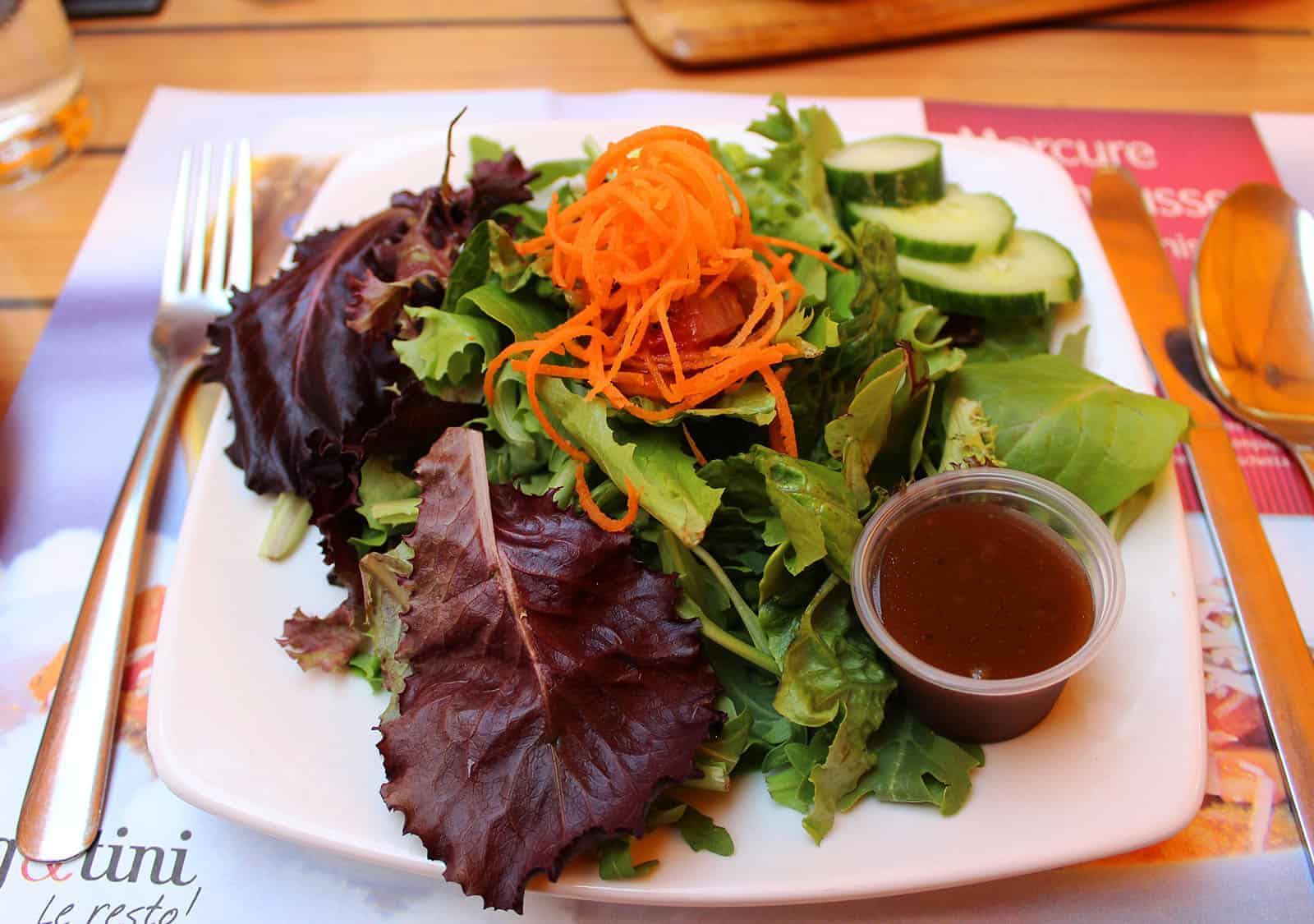 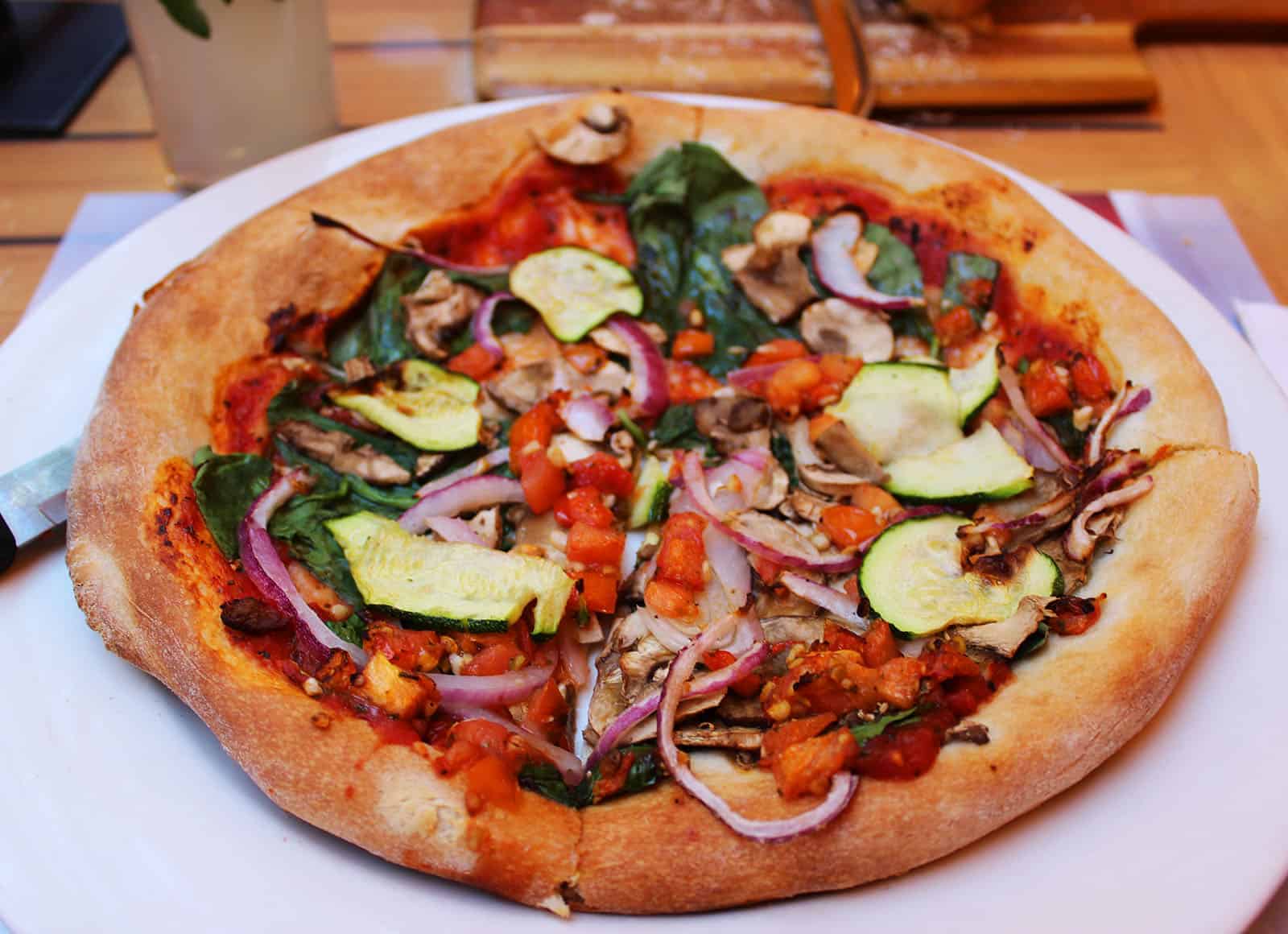 La Petite Dana is a Thai/Vietnamese restaurant in Lower Town, Old Quebec. There were four vegetarian items on the menu – the noodle dishes unfortunately were made with egg noodles, but there were two rice dishes that were vegan. We both ordered a tofu vegetable stir fry with rice. At first, we were a little bit concerned: while it was a weekday, it was dinner time and no one else was eating at this restaurant. Was there something wrong with it? The older man who was the host/server at the restaurant seemed a little bit gruff, although we suspect that he didn’t speak English very well. While we were slightly worried at first, we really had nothing to be concerned about – the food was prepared and served very quickly, and the meal was satisfying and delicious. I definitely recommend checking out La Petite Dana! We couldn’t find an official website or a menu online, so you’ll just have to check it out for yourself. 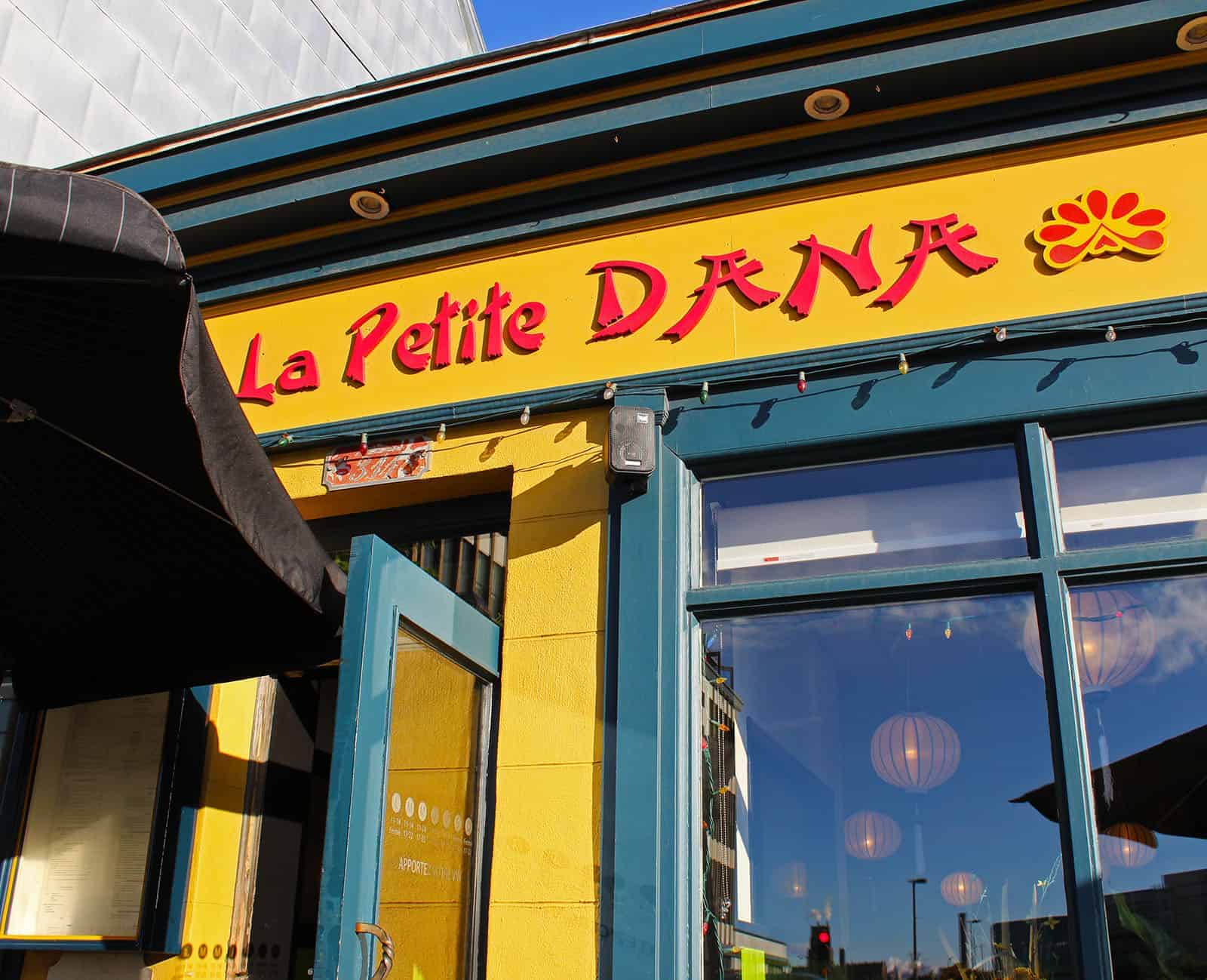 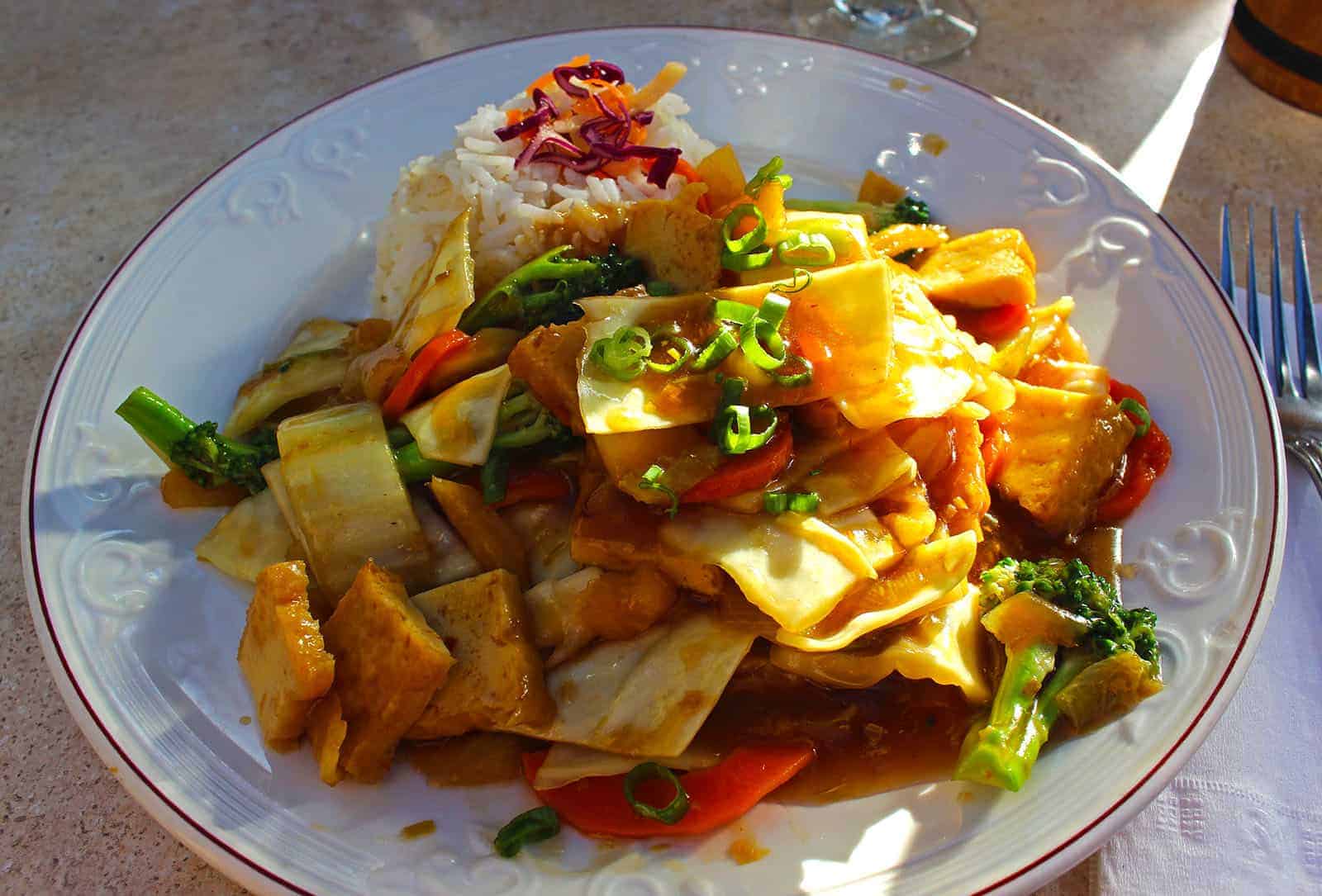 If you’ve got a sweet tooth, this might be the place for you! It is a quaint chocolate shop on Rue Saint-Jean that serves vegan desserts! There are a few selections of vegan ice cream made using soy milk, and all of their dark chocolates are vegan. You can order a scoop or two of ice cream, and they put a little dark chocolate in the cup, too! It was very tasty. I ordered a scoop of chocolate. There was also a berry flavor, and supposedly an apple pie flavor that had sold out. 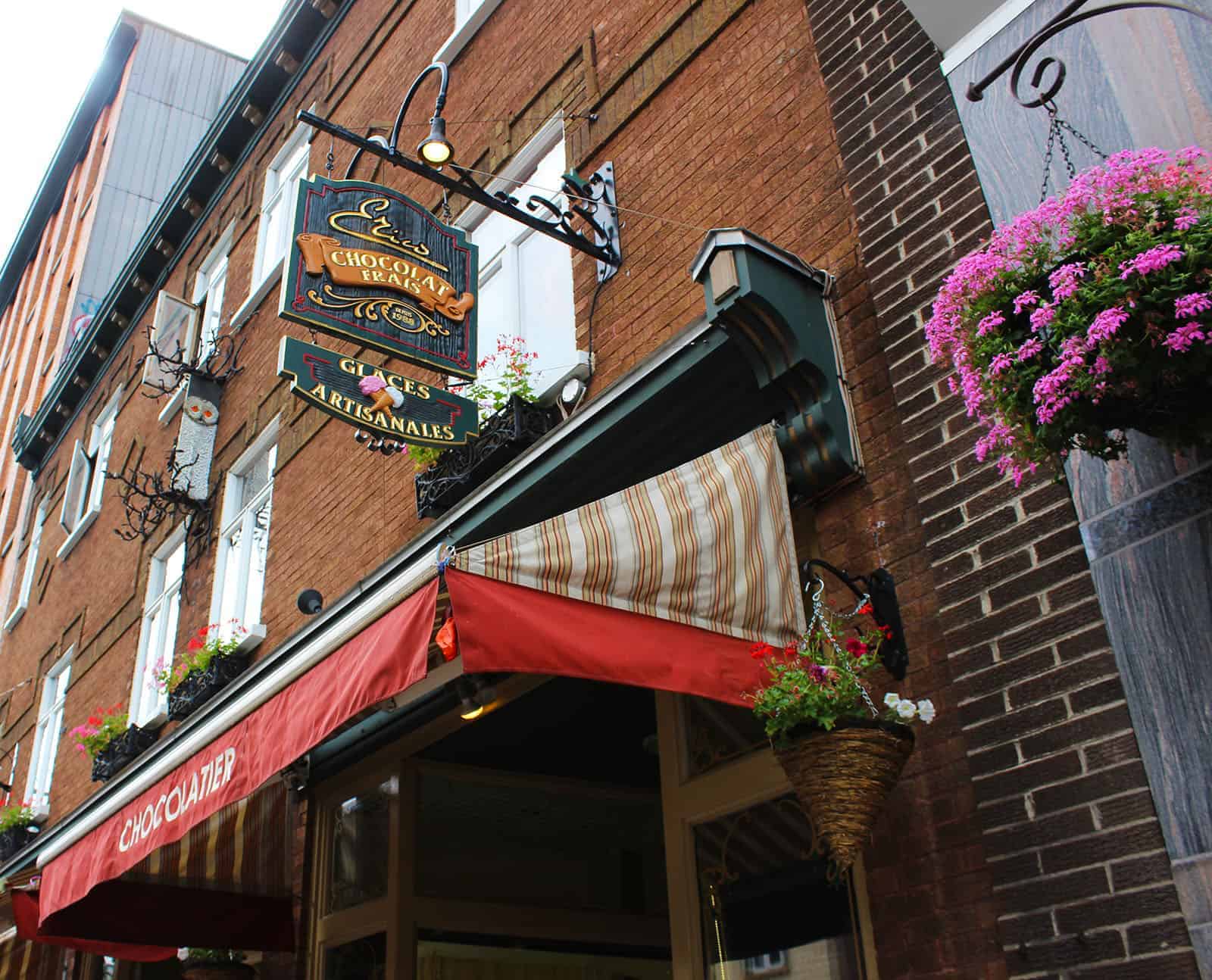 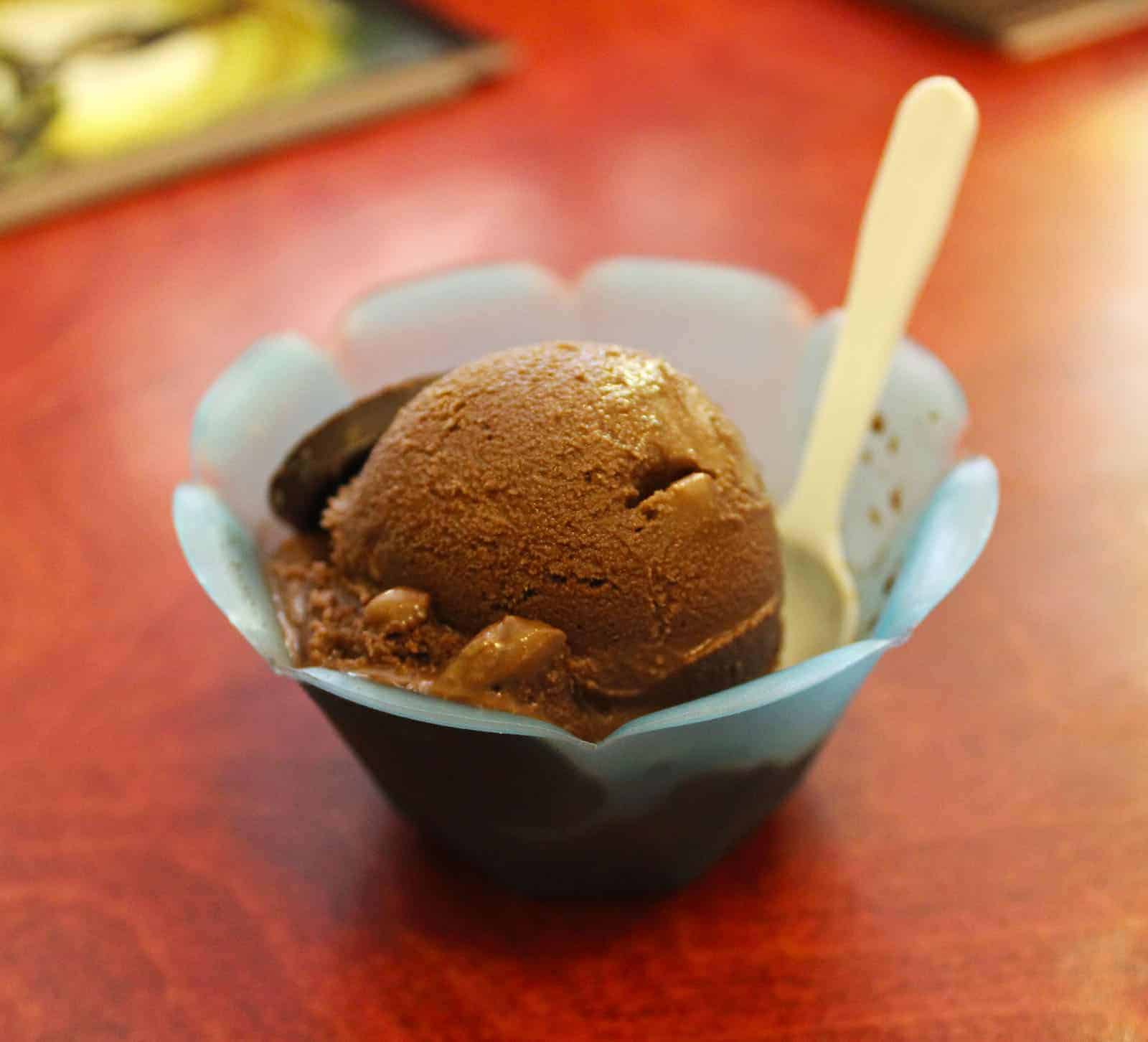 Not only do they serve great coffee, but it’s the only non-chain coffee shop in Quebec City where you can find soy and almond milk for your lattes and cappuccinos. The cafe is inviting, has free and fast Wi-Fi, and even has its own little library of books to borrow. How cute! 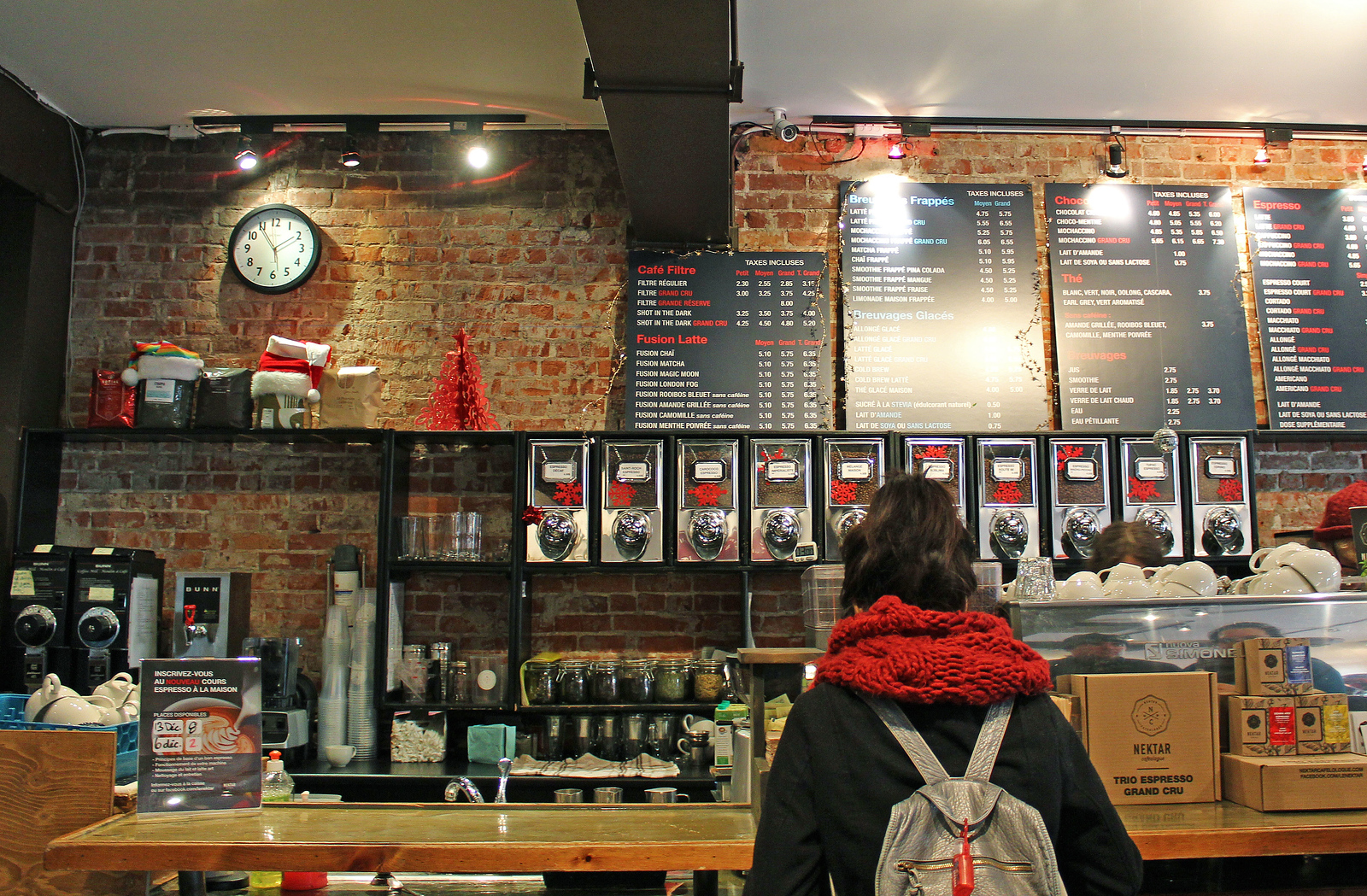 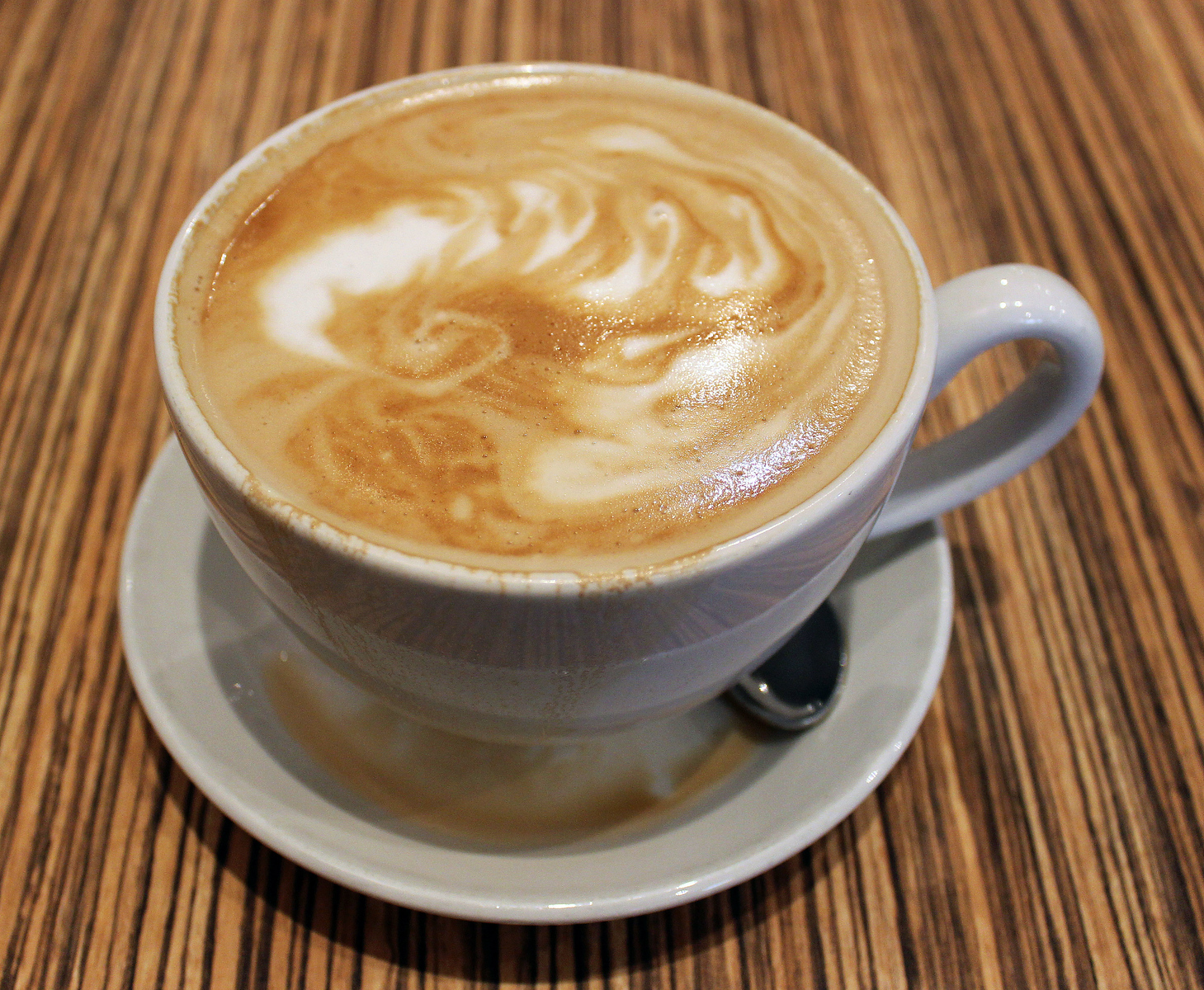 And if you’re looking for a great cup of coffee that isn’t from a chain restaurant, head over to Les Cafes du Soleil! You won’t be disappointed. There are many selections of coffee and other assorted beverages. 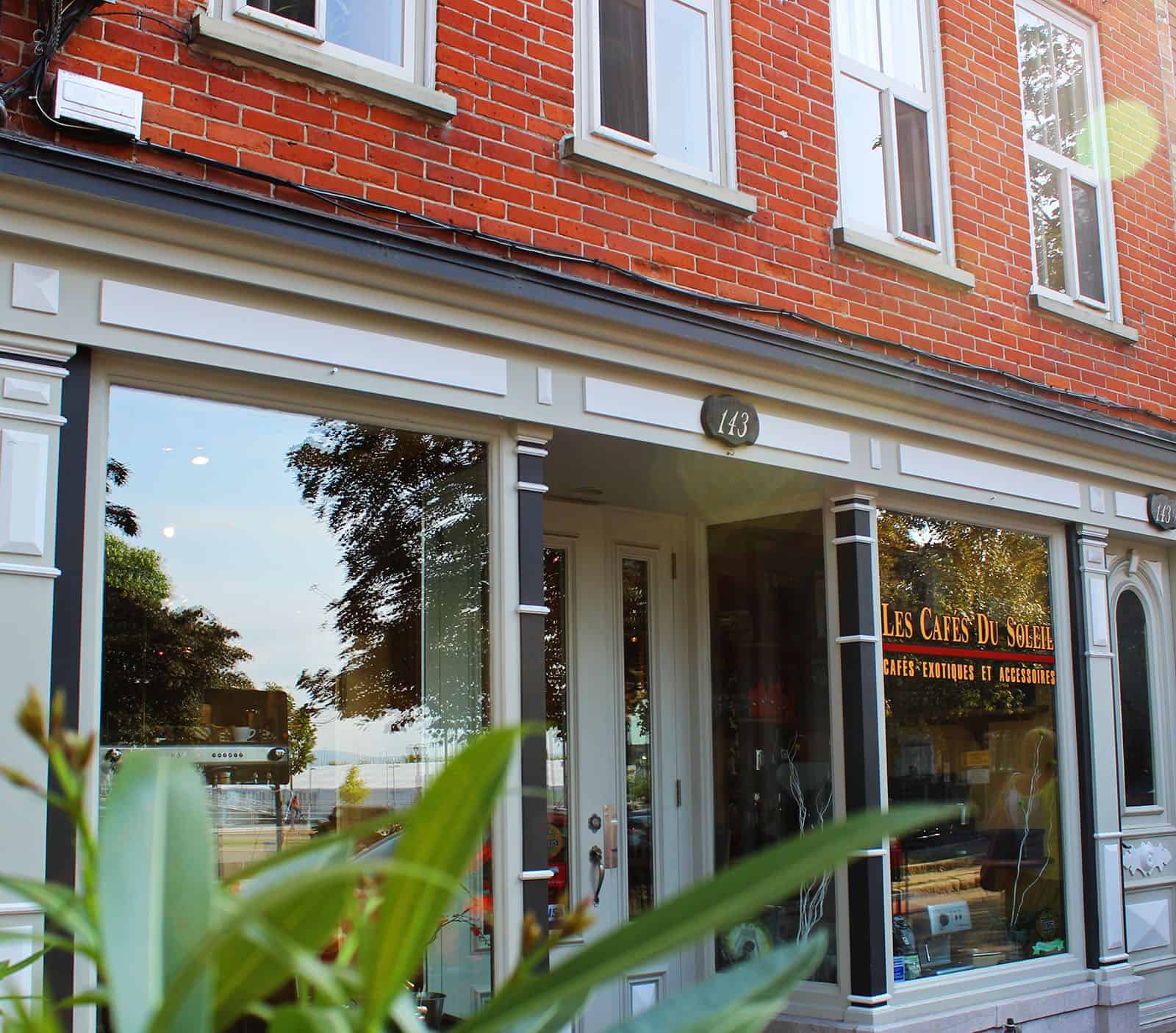 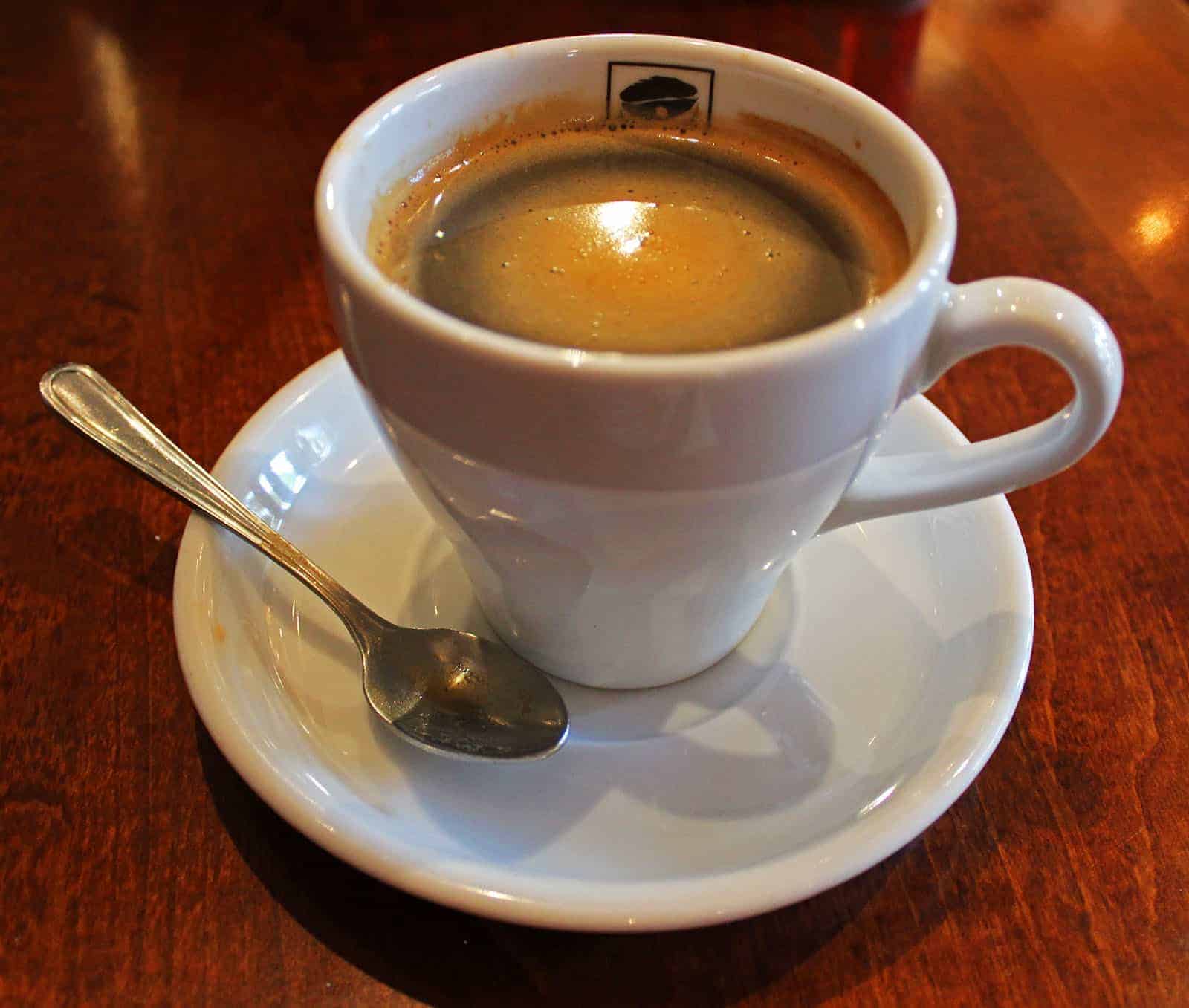 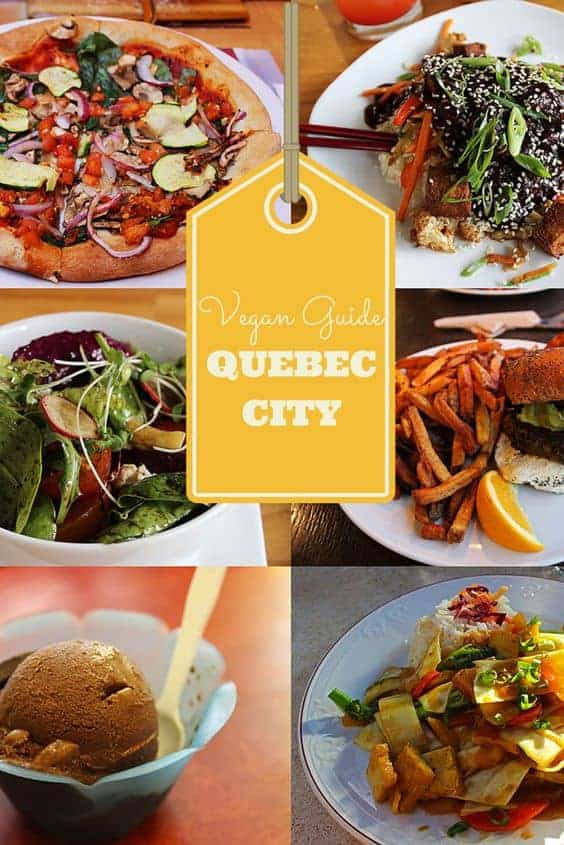 This information was so useful during our visit. Thank you so so much. We especially loved the ice cream at Erico's. The only downside for us was spag et Tini. They were initially very rude and insisted there was nothing they could make vegan. I asked to see the manager and he said they could make us a salad and bruchetta. The minestrone soup was vegan.

That's unfortunate! We've gone twice in the past and were assured that the pasta could be made vegan as well as the soup and salad. I'm sorry they were so rude to you!

The next time you visit, I highly recommend the monastery restaurant. That was the best vegan meal I've had in Quebec City by far!

Le Tier Temps! I just wish to give a huge thumbs up for the good information you have here on this post. I will likely be coming again to your blog for more soon.

Another shop to extend the list: https://www.croustyc.com. You can also "grab and go" depending on their hours. But really easy to buy online and prices are excellent. Vegan bulk + their own vegan mug-cakes mixes. Worth the try.

That sounds wonderful! We'll have to check it out!

I'm vegan with my family on a train to quebec! lovely websites excited to check out the vegan finds! THANK YOU!!

You're very welcome! :) I'm glad this was useful for you!

I just wanted to say THANK YOU for this vegan guide! I am in QC for a conference and happy cow was failing me. I really appreciate it!

You're welcome! I hope it helped you out! :) I've added a couple more to the list now!