How Traveling in a Rock Band Helped Me Heal 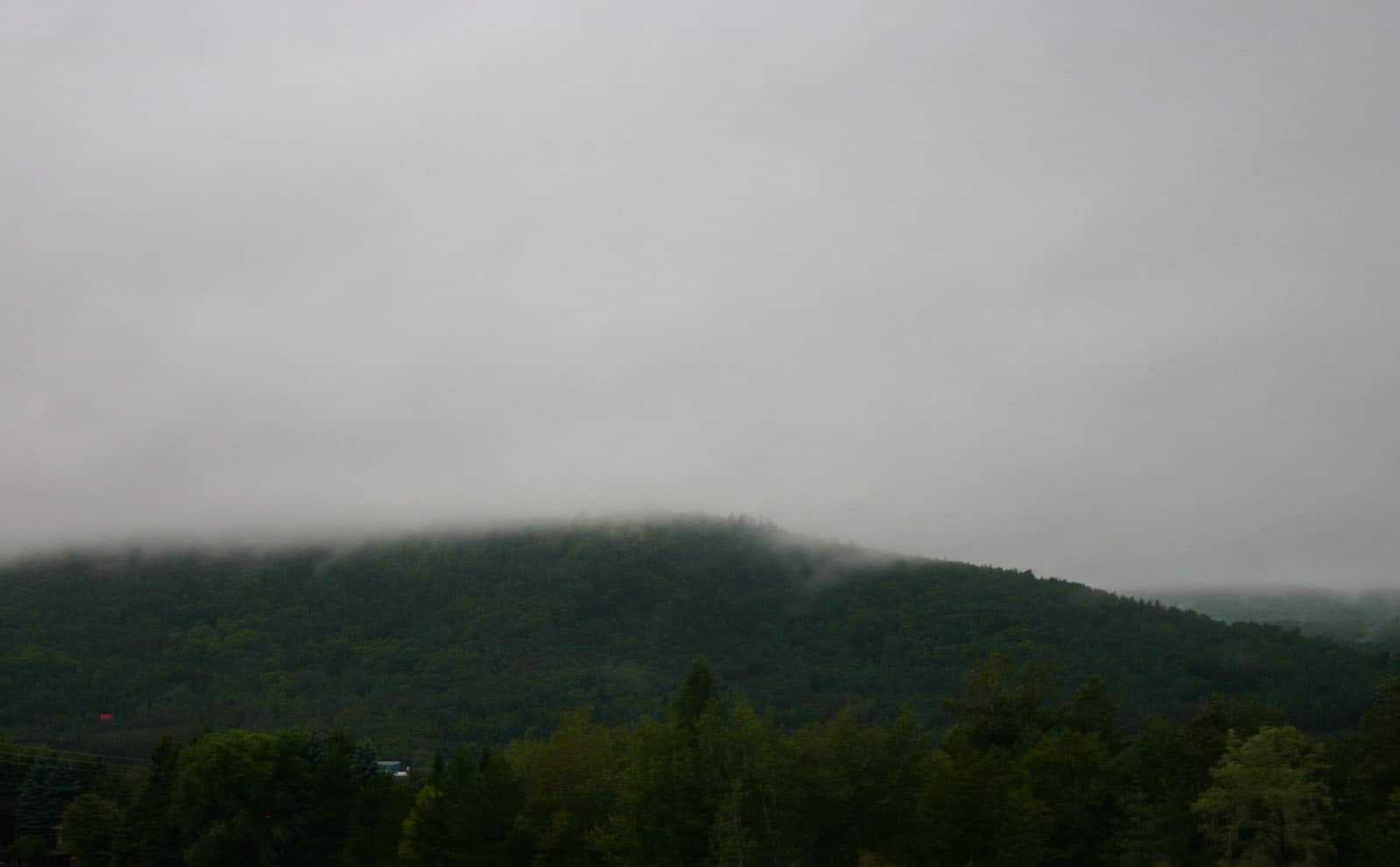 It was the summer of 2003. Back then, travel really was the last thing on my mind.

Soon after I began my studies at university, my father was diagnosed with cancer. The doctors only gave him two years to live. My family made the most of those two years. Even through his sickness, we had moments where we celebrated, where we laughed, where we nearly forgot that he had an illness. I think that my dad stayed strong so we wouldn’t worry about him. At one point, his cancer went into remission and I thought everything was going to go back to how it used to be. Shortly after Christmas of 2004, his health took a turn for the worse.

When my summer break started in April, I quit my part-time job. As I was free from my studies for four months, I wanted to spend as much time at home as possible. I knew that our days together were numbered.

I played piano and guitar in a rock band, along with my sister and two friends. Music was always a big part of my life from a young age. It had also become my escape. While coming to terms with the harsh reality that my dad was gone, I became lost in my own melodies. Playing music with friends drowned out the sounds of sorrow in our quiet household. My mind was preoccupied with something else.

When my dad was sick at home, he allowed the band to practice as much as we liked. We recorded the band’s album in my family’s basement. No matter how loud the drums crashed or how many times I played that same tune over and over, my dad never complained once. He was happy when I was happy. That’s how it always was.

When the band finished recording the album, we decided to take our tour across Canada from Ontario to Prince Edward Island. I had originally planned to spend the summer at home with my dad. Now, I wanted to get away from the house as much as possible. Everything was a reminder of him.

Driving across Canada reminded me of the road trips my family would take when I was growing up. The four of us had driven to Florida together on a few occasions, sometimes driving 24 hours straight there. We’d all pile into the car, even once around Christmastime with the presents packed into the trunk. My dad would do all of the driving while I stared out the window or mapped the journey in my notebook.

My band-mates and I left for the lengthy road trip, pulling a U-Haul trailer filled with our instruments behind us. The journey began at a community centre filled with rowdy teenagers in the town of Trenton, Ontario. The next day, we were slightly disheartened to play to a nearly empty club in Ottawa, which was followed up by a show to a packed crowd in a Montreal bar. Even though touring and performing was quite demanding, my mind gradually began to focus. The emotions that were bottled up inside slowly trickled out.

After our concert in Montreal, we drove straight through the night to Saint John, New Brunswick. As the drummer drove the car and my other two band-mates were fast asleep in the backseat, I silently watched the sun rise. Little by little, the darkness was replaced by a rosy glow over the rolling green hills of eastern Quebec. I marvelled at the beauty of this unfamiliar landscape. Memories of my family’s lengthy road trips to Florida with my dad at the helm came flooding back. 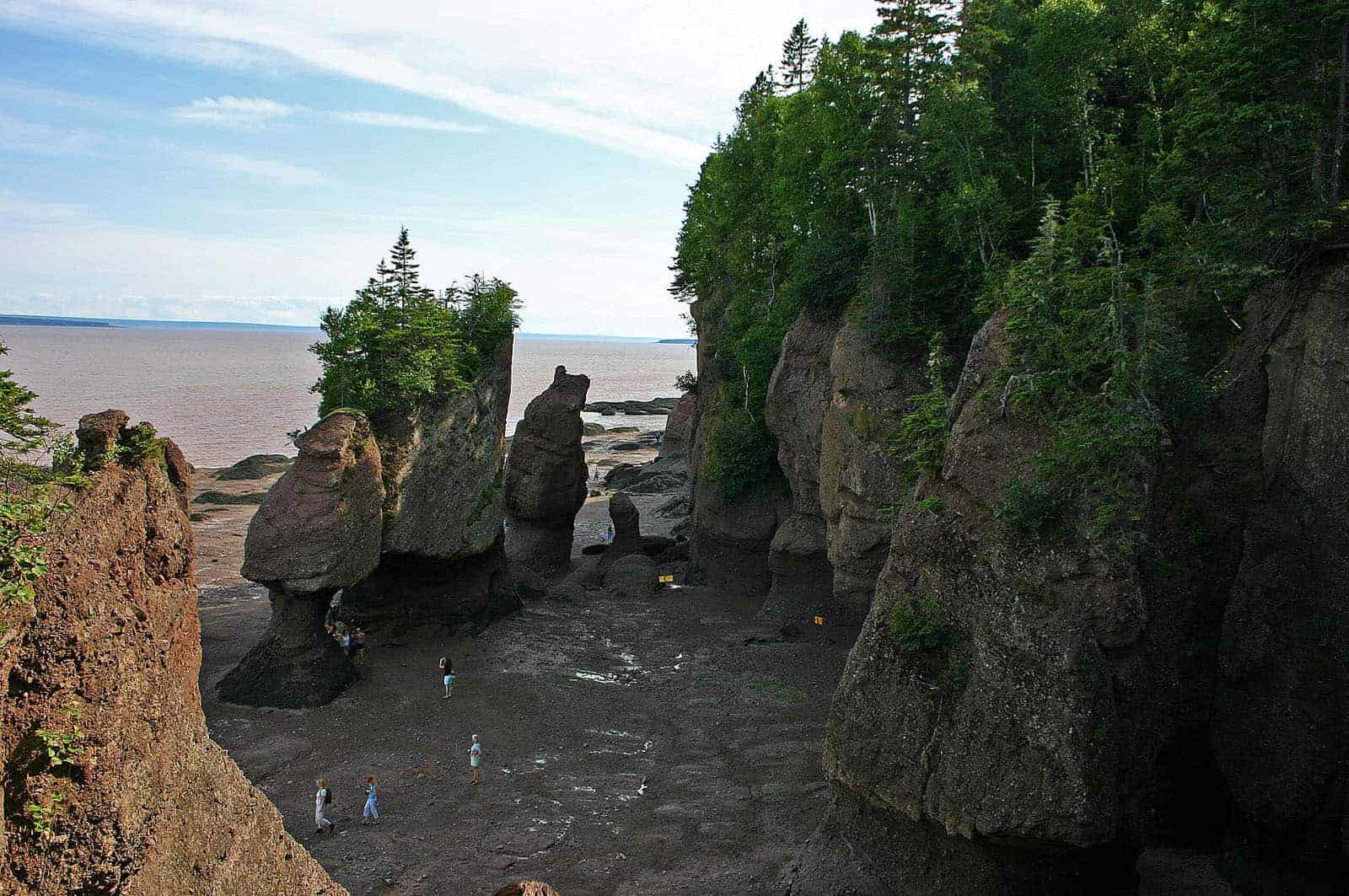 Even though we played shows each night, we had some time to explore the natural landscape of Atlantic Canada. I was mesmerized by Hopewell Rocks at the Bay of Fundy. There were boulders shaped like flowerpots, sculpted endlessly by the changing tides. We could stand beneath these rocky behemoths during the day, though we would be completely submerged underwater if we stood in that same spot at night. The ebb and flow of nature is always changing, yet predictable; it’s constantly fluctuating, and we must continually adjust to new circumstances.

In Halifax, we busked by the boardwalk as tourists strolled past; in Truro, we performed in the spare room of a local curling club. At last we arrived in Charlottetown, where the band rocked out on the stage of an elementary school that was left vacant for the summer holidays. As we travelled from town to town, one thing was constant: the kindness of the people that we met on our journey. We had engaging conversations with perfect strangers, dined with welcoming locals, and partied until the wee hours of the morning with fellow musicians. 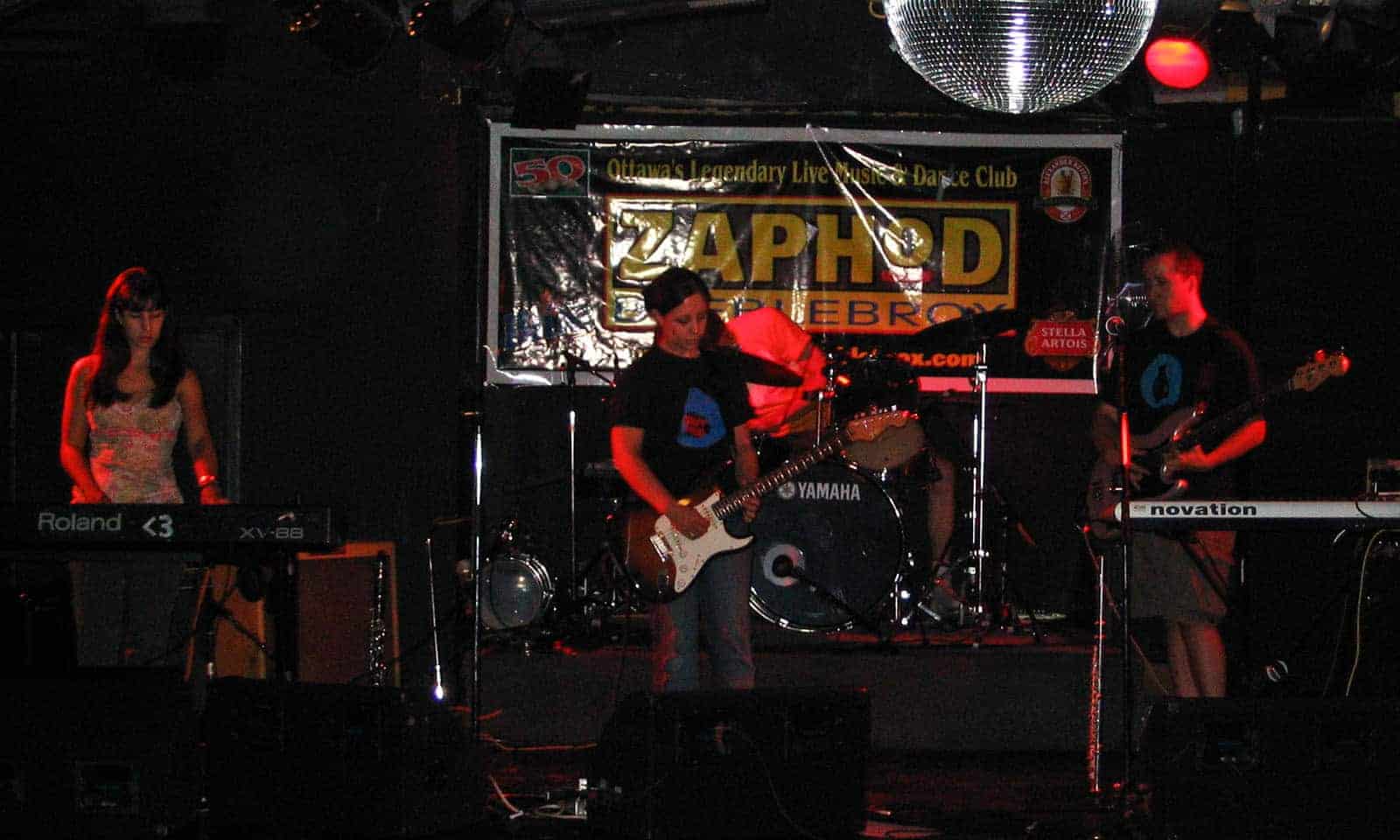 Though I set out to distract myself from my own feelings, I began to gain a new appreciation for the world around me. I allowed myself to feel sad. But, I also allowed myself to feel happy. Initially, I felt guilty that my father was robbed of being able to retire, travel, and grow old. As the trip came to a close, I felt blessed. I was able to witness every breathtaking sunrise and breathe in the salty ocean air as the waves crashed all around. I was able to meet new people who instantly and warmly accepted my friendship.

After our final concert in Charlottetown, we stopped at a small sandy beach in the middle of the night, seemingly in the middle of nowhere. I scraped together handfuls of red sand that I haphazardly pushed into a glass soda bottle to keep as a memory of my adventure. My bottle of red sand still sits atop a bookshelf at home that is now lined with journals that I’ve kept throughout my travels. This particular trip started as an escape, but resulted in a confrontation of my own thoughts and emotions. Not only had I started to heal, but I also uncovered a true passion of mine: to travel and see the world.

A decade has passed. Though I’m no longer in a band, I have filled some pages in my passport. I’ve experienced many life-changing adventures, such as climbing to the top of Mayan ruins in Belize, meeting kind and hospitable folks in Bermuda, and hiking the astonishing jagged coast of Cinque Terre in Italy. I will travel for the rest of my life and see as much of this planet as I can. I have so much living to do. And I’m forever grateful.

It has been a decade and i still feel the pain in your article. But i know you are happy now and im sure that your father is happy whenever where he is now.

Been following you for a while now, so it felt really nice to hear this story. I played in several bands through college too, and I have to admit, that played a pretty major part in how I shaped up. It's been my dream to travel with a band and play at different places, to different people, but sadly that never really happened (except maybe once or twice! HA). I'm really glad to hear that music helped you out and made you a stronger person. Always a great combination that — Music + Travel = Win!

I am sorry for your loss. Traveling helps you heal in such a healthy and natural way. I am glad it helped you, even if a bit.

That must be a bitter sweet story to share, well done on doing so. It sounds like your Dad was one cool dude allowing your band to play at home and it's nice to hear that the music brought you some escapism. I am always very jealous to hear of the road trips that North Americans took as kids or even now as adults! Great way to see a country (or countries!) Bet he'd be proud of you carrying on the family road trips with friends and Justin!

Thanks for sharing your story, I am sorry for your loss. Its true that traveling can do a bit to heal the pain. Stay blessed.