The 29th Annual Toronto Vegetarian Food Festival was held in Toronto, Ontario, Canada over a three-day weekend from Friday to Sunday. I’ve been twice in the past, but this was Justin’s first time attending this huge festival celebrating all things vegan and vegetarian.

It is the largest festival of its kind in all of North America, and we are very lucky to have it right in our own backyard. Justin and I took the Go Train from Port Credit to Union Station in Toronto, and from there we walked for about ten minutes down to Harbourfront Centre by the lake to the festival grounds.

WHAT YOU NEED TO KNOW

Well, first of all, it is a food fair. That means being surrounded by delicious food everywhere, and everything is vegan!

There are many vendors specializing in local and international cuisine. There’s a giant marketplace filled with representatives of businesses that wanted us to try out their products. Lucky for us, there are tons of free samples. Bring your appetite.

Next, the festival also includes cooking demonstrations, speakers, music, and much more.

And best of all…it’s free!

Everyone is welcome to come out and explore the wonderful world of vegan cuisine. It is one of the largest festivals of its kind in the world – in 2012, an estimated 40,000 people showed up for the event. It’s very excited to witness so many people interested in the vegan lifestyle.

We enjoyed a delicious lunch from the restaurant pavilion. There were plenty of tables that had a fantastic view of the lake. As it was a bit too hot in that area from the sun, we chose a shady spot on the hill with the opportunity to hear a collective of drummers performing at the central gazebo.

Justin chose a tempeh bowl from one vendor, and I got a burrito from the Hot Beans stand. Both meals were outstanding. 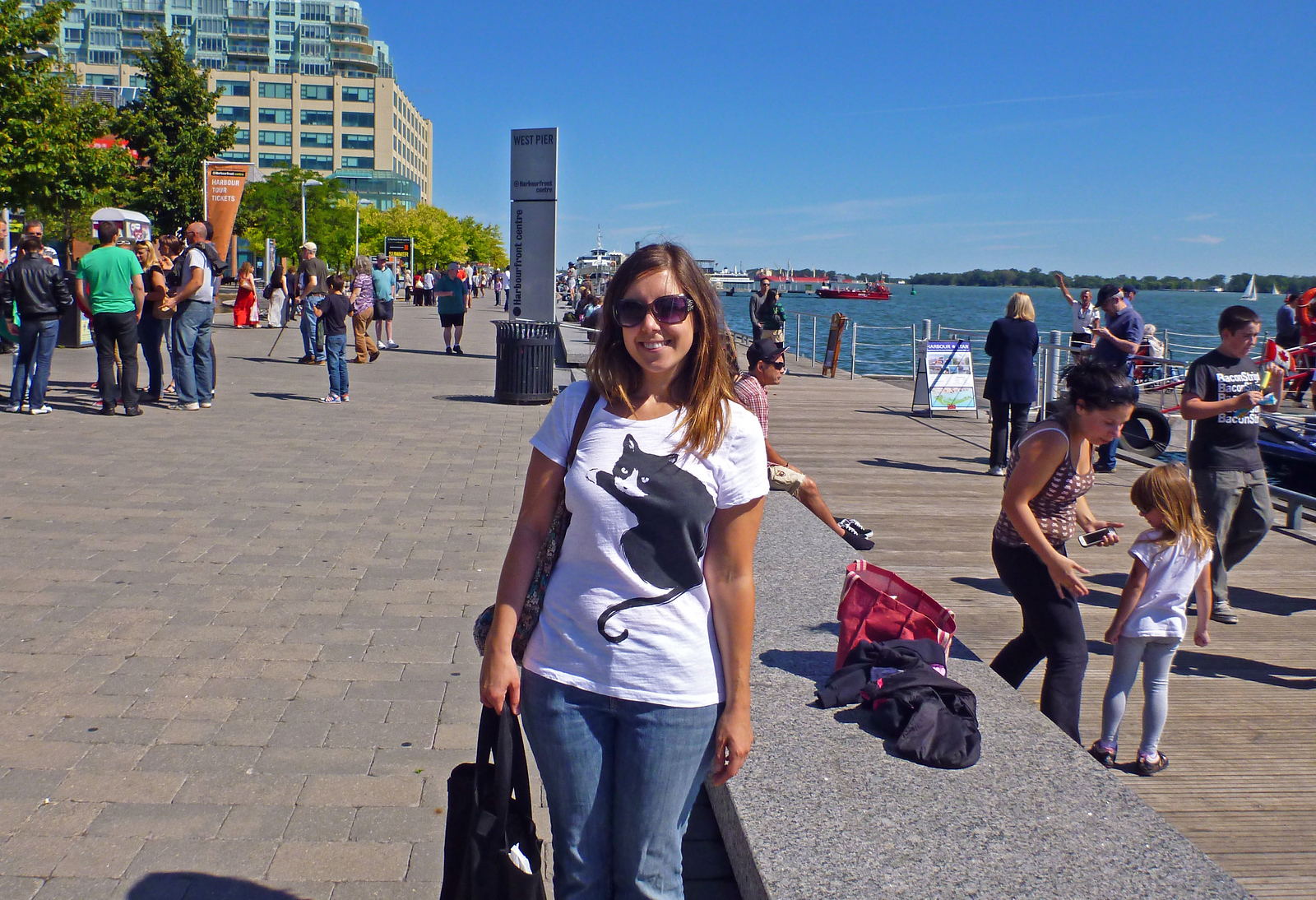 Now, there aren’t really any pictures of the marketplace with all of the vendors. That’s because we were way too busy exploring all of the stands and eating all of the tasty free samples. Blogger fail, but stomach win.

I’ll show you some pictures of our haul at the end of this blog post, taken when we got back home.

There were many local bakeries offering yummy vegan baked goods of all kinds, so we loaded up on those. I brought a cooler bag with an ice pack inside, as well as some reusable bags. These came in super handy as some of the things we bought could potentially melt on the way home. Some vendors are kind enough to hold the refrigerated items for you until you’re ready to go home.

Next, at the main stage, we went to see the amazing Gene Baur of Farm Sanctuary speak. He is so inspirational. Gene also did a Q&A session at the end, and he’s a very approachable ambassador for the animals.

He is definitely one of my idols as he has devoted his life to the animals. Gene works towards gaining more humane conditions in factory farms, and spreads the word about the benefits of going vegan to as many people as possible. It is always an absolutely pleasure to hear Gene speak about animals and Farm Sanctuary.

There were also some awards presented by the Toronto Vegetarian Association to the amazing Jo-Anne McArthur for the film, Ghosts in Our Machine and her photography project, We Animals. I highly recommend that you check out her work and the movie. Jo-Anne’s photography brings awareness to the cruel conditions in which many captive animals live, as well as the beautiful places they could potentially live (such as Farm Sanctuary).

After seeing Gene Baur, we went to a cooking demonstration by Roberto Martin, who happens to be Ellen DeGeneres’ personal chef. He was featured on Ellen’s show in the past, and I already owned his cookbook, Vegan Cooking for Carnivores.

Roberto cooked in front of a jam-packed room full of people and created a red beans and rice dish from his cookbook. Everyone got to try a sample of the dish after he was finished making it. Roberto was super funny and entertaining, and we could tell he’s a super nice guy. After his presentation, he chatted with everyone and did a book signing. I brought my cookbook with me and he signed it for us. 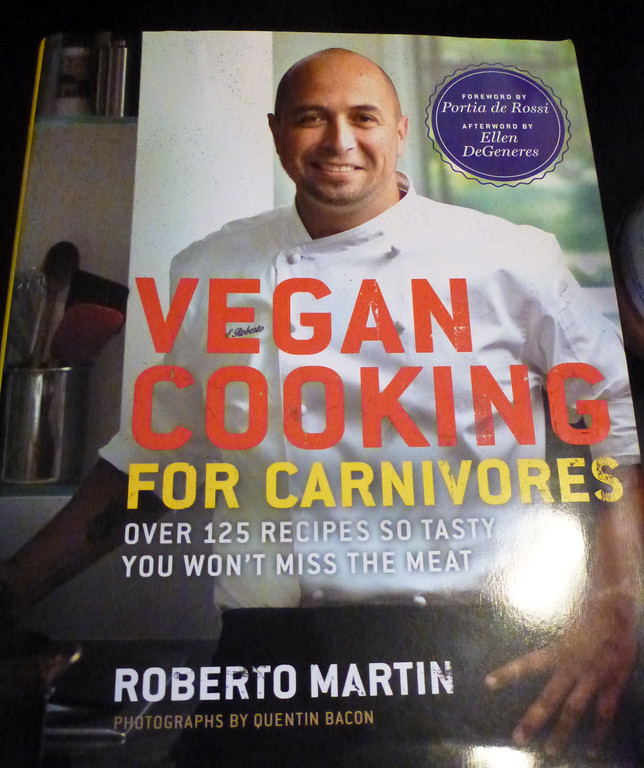 Then, we zipped across the property to a presentation already underway: to see vegan strongman, Patrik Baboumian, break a world record!

Using purely plant-based power, he lifted over 1200 pounds across a stage to show everyone that the strongest man in the world can survive perfectly fine eating plants – no meat or dairy for this guy! He broke the world record and the energy from the audience was incredible. It was really special to be able to witness this event in person.

We walked back to the train station with so many bags of tasty treats, and armed with lots of info about various animal causes. Here’s our haul.

Have you ever been to a vegetarian or vegan food festival?