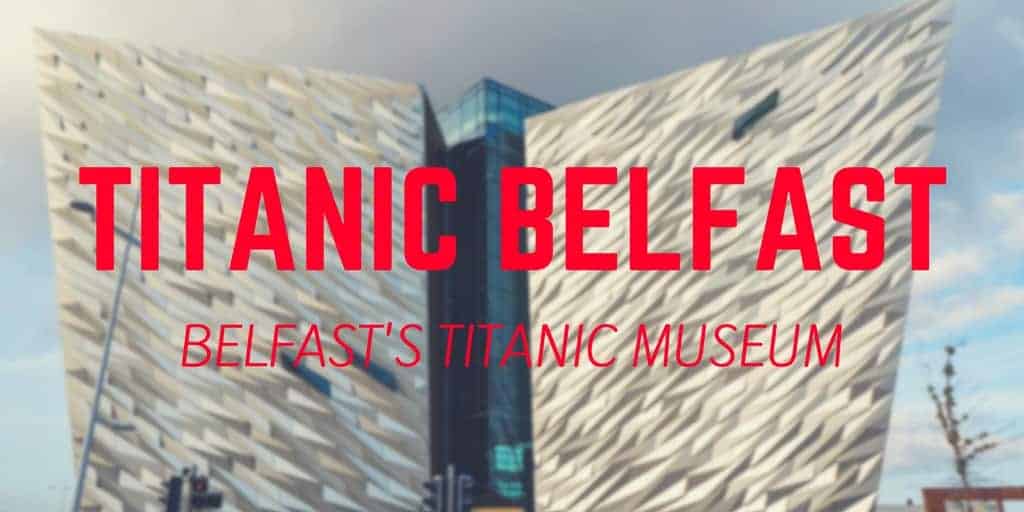 Titanic Belfast is the world’s largest Titanic attraction and museum.

I’m fairly certain that most people have heard of the RMS Titanic. It’s safe to say that it’s the most famous ship in the world. The Titanic was the largest and most spectacular ship back in 1912, but she sadly struck an iceberg on her maiden voyage across the Atlantic Ocean. More than 1500 people died; to date, it’s still one of the most catastrophic commercial maritime disasters.

Titanic Belfast serves as a monument to the ill-fated RMS Titanic. Located in Belfast’s Titanic Quarter, the attraction sits on the former Harland & Wolff shipyard where the ship was built.

The architecture of the Titanic Belfast is quite remarkable. Its sharp angles evoke imagery of ships’ prows. Around 3000 silver aluminum shards cover the front facade of the building. At 126 feet tall, it stands the exact same height as the Titanic’s hull.

Similarly, some have suggested that the building actually looks like a giant iceberg. What do you think? 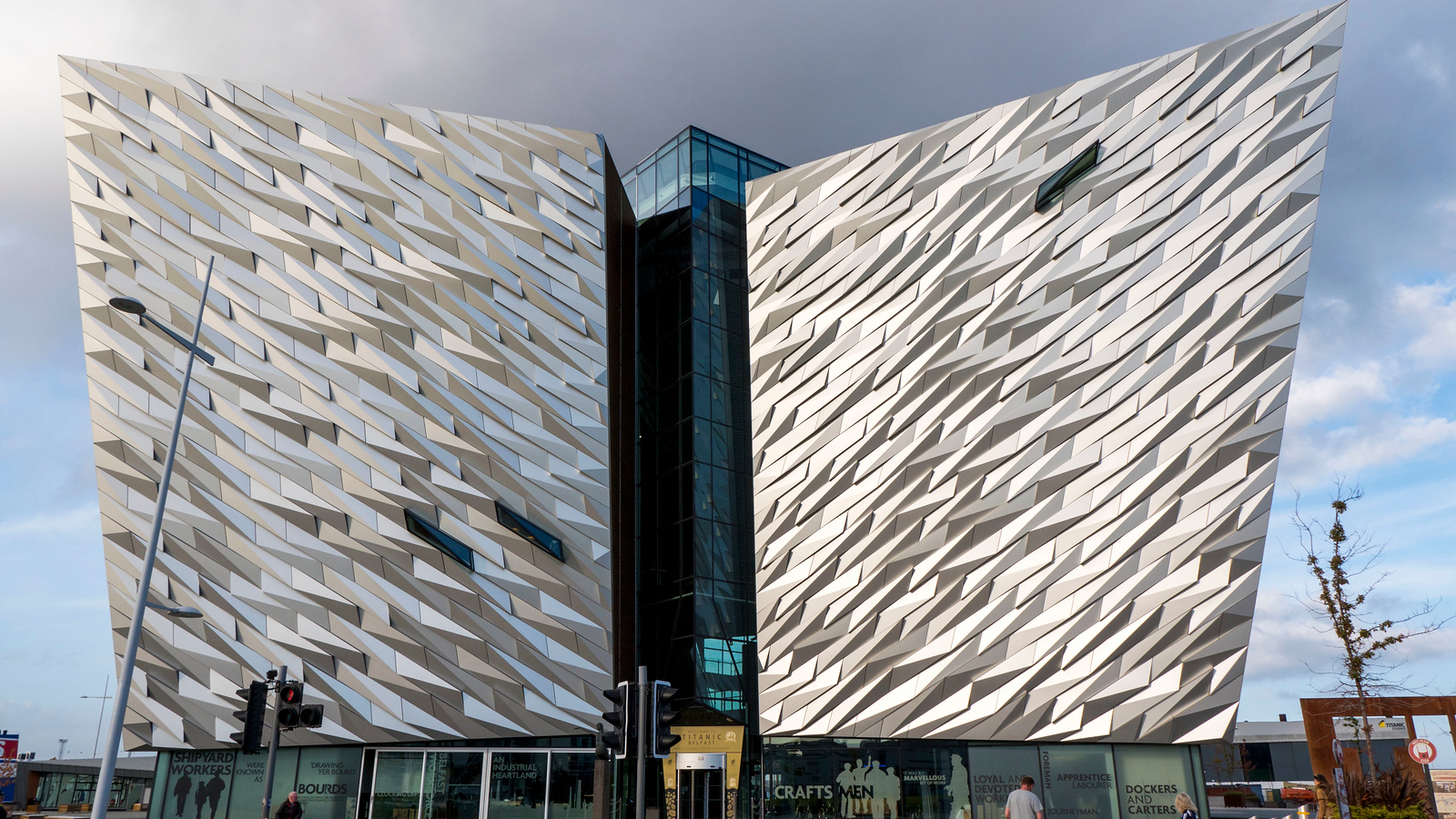 Don’t forget to take a photo with the iconic Titanic sign out front! 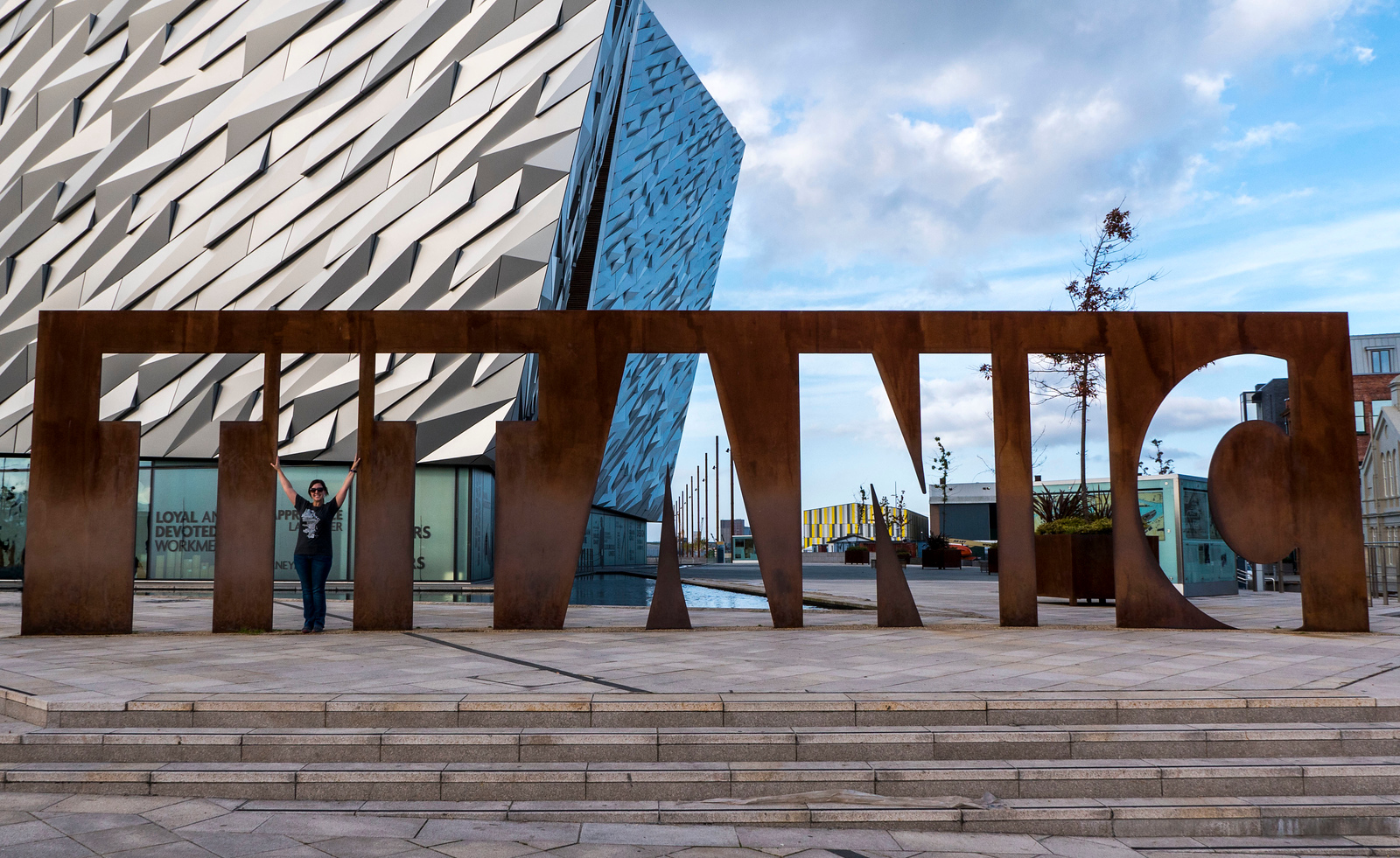 There are nine interactive galleries of the Titanic Experience at Titanic Belfast. These tell the story of the RMS Titanic, from the early days at the shipyard to the discovery of her final resting place at the bottom of the ocean.

It’s a self-guided tour with lots of information to learn and absorb along the way. If you have any questions, there are employees throughout each gallery to assist you.

Through video screens and interactive exhibits, we explore Belfast’s booming industries during the start of the 20th century. We see the major industries in Belfast, including ship building.

We walk through the original gates from the Harland and Wolff shipyard to the next gallery, The Shipyard.

Projected images of the Titanic’s blueprints move across the floor. Keep walking and you’ll eventually find yourself at the top of the Arrol Gantry, the steel scaffolding erected to aid in the construction of the ship.

In this section, there’s a short ride in a 6-seater cart that lets you experience what it was like to work at a shipyard. There was only a short queue for the ride, though it might be busier depending on how crowded it is at the museum. It was rather exciting to feel the heat of the fire and hear the clinks and clanks of the workers building the ship. Definitely don’t skip the ride as it was very enjoyable. 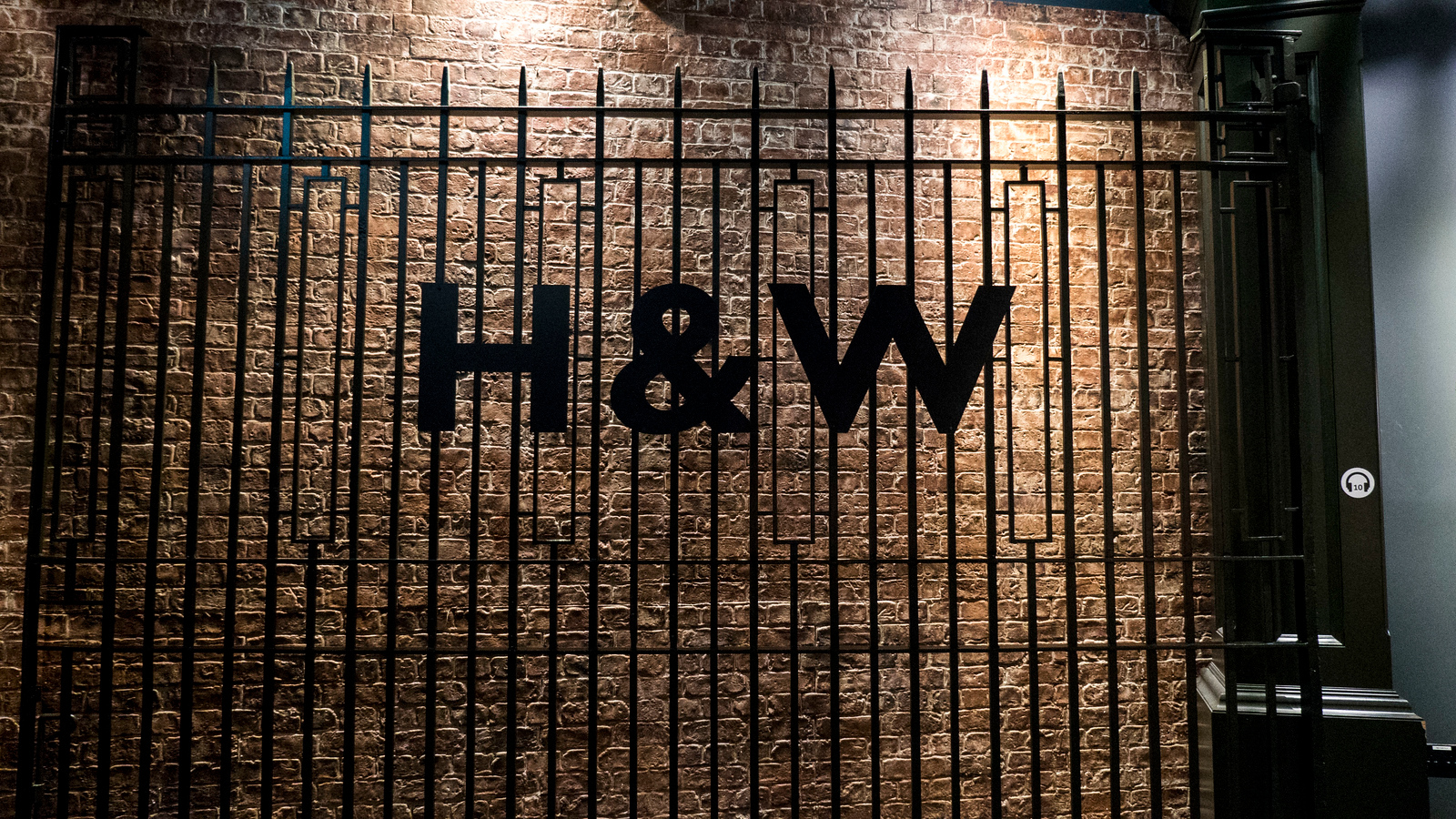 Now, we’re whisked away to the launch date of the RMS Titanic. On May 31, 1911, the Titanic launches into the water for the first time. It’s quite the immersive experience with memorabilia, a 3D model, and scenes from the crowds of 100,000 people who attended this momentous occasion.

There’s also a giant window overlooking the actual launch site so we could see how the site looks today. 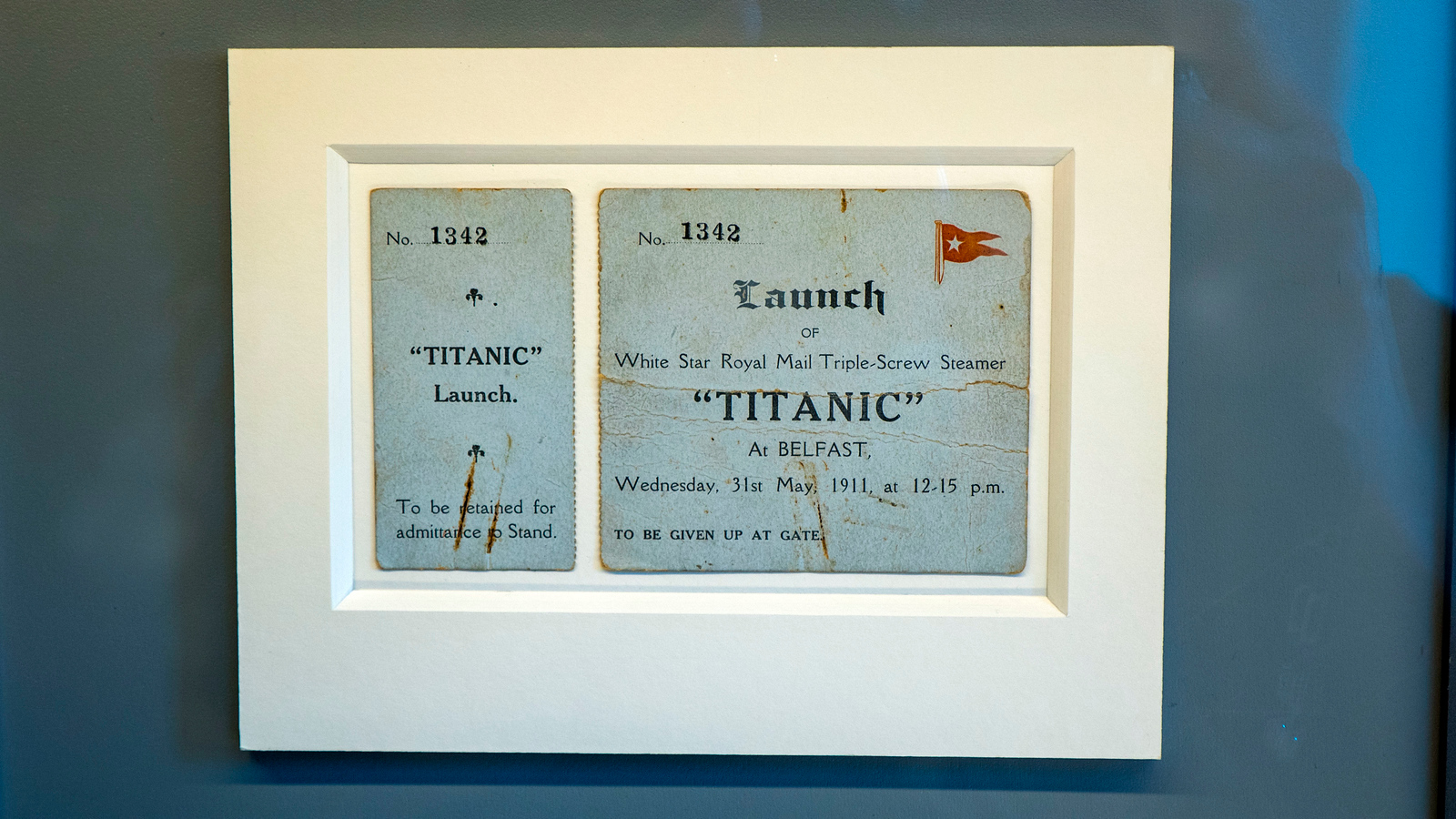 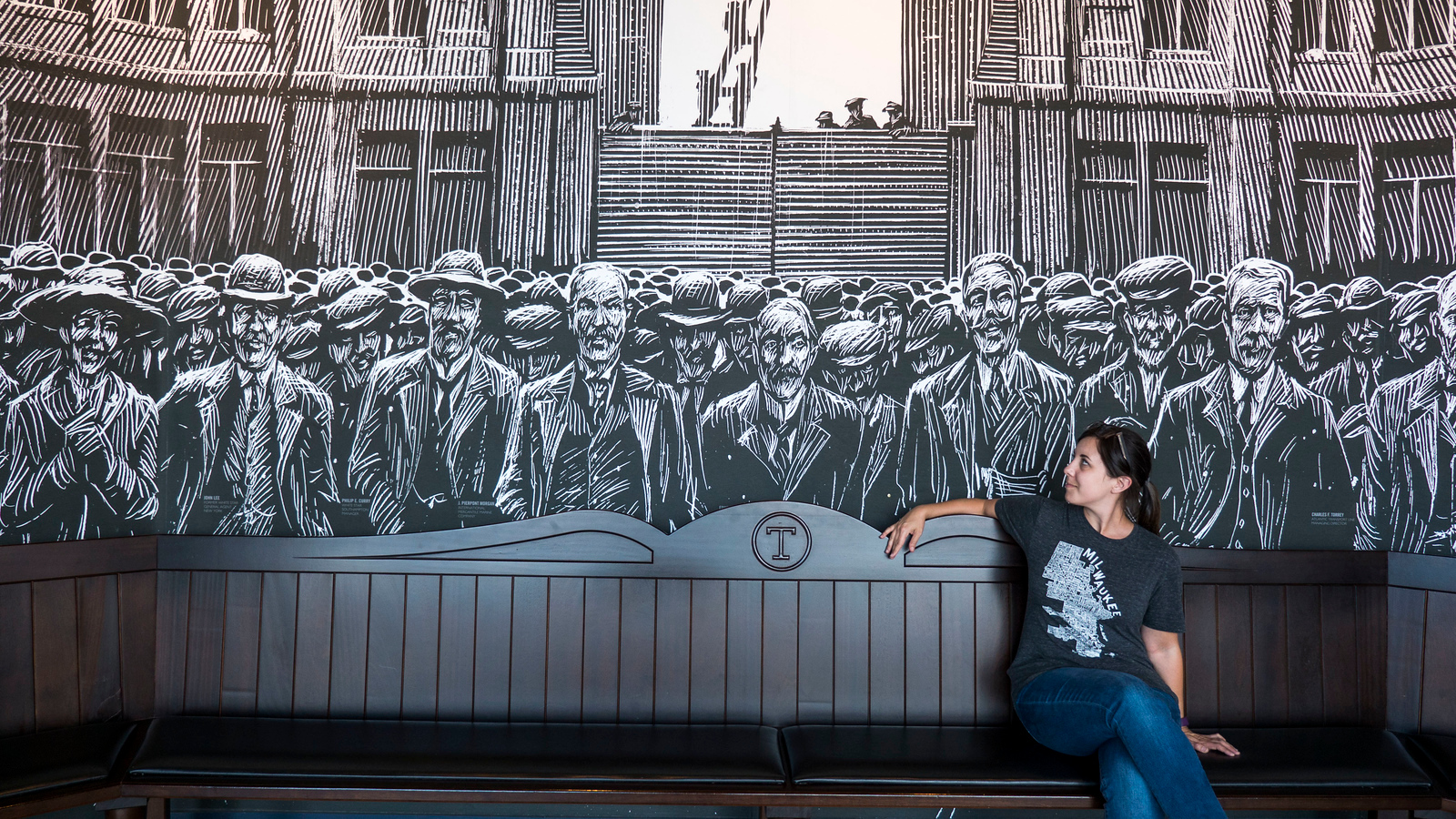 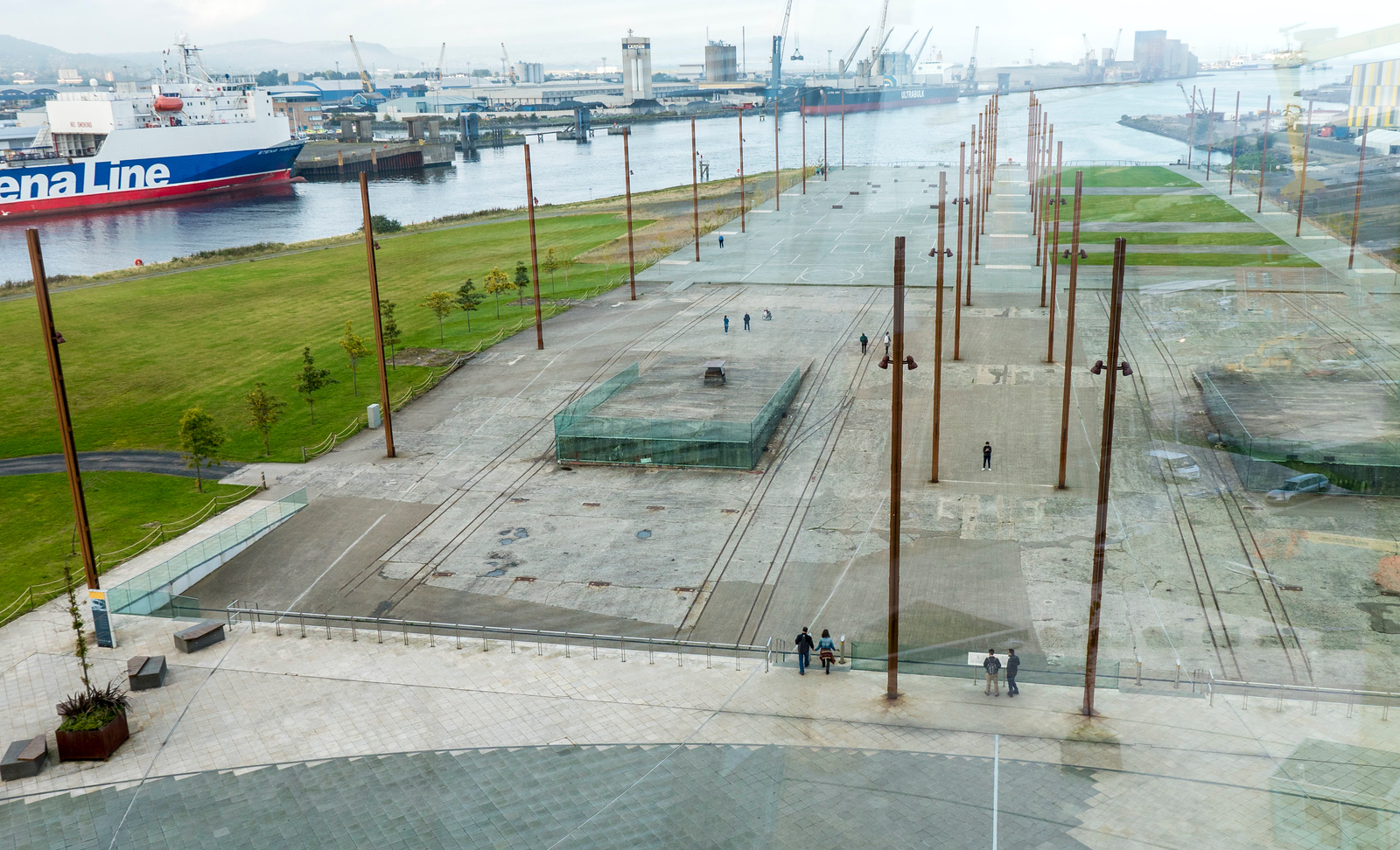 Titanic Belfast has recreated many areas of the ship, from the broiler room to the staircase on a 3D tour. You can also see all three classes of cabins, from the fabrics of the cabins themselves to the dishes the passengers used.

Learn about the people on board the Titanic. Walk on the deck and capture a glimpse of what life was like sailing on the largest cruise ship of the day.

This area was very dark and poignant. We are transported back to 11:40pm on April 14, 1912. The Titanic has struck an iceberg. Hear the Morse code SOS messages that were once transmitted across the ocean. We learn how there were many mixed messages and confusion about what was actually happening, including how the event was portrayed by the media.

This was my favourite gallery in the museum. It’s not because I’m morbid, but rather because I felt this exhibit was very well done. It captured the chilling atmosphere perfectly.

There’s a full scale replica of one of the Titanic’s lifeboats. Furthermore, there are giant touch screens where you can scroll through the passenger lists to see if you have any personal connections or relatives that were on board.

This intriguing gallery explores the Titanic story throughout popular culture in the world of literature, film, and theatre. We can see which aspects of the story are inaccurate or glorified. This display debunks many common myths and legends, with Celine Dion’s My Heart Will Go On playing in the background.

TITANIC BENEATH AND OCEAN EXPLORATION CENTRE

Back in 1985, Dr. Robert Ballard discovered the waterlogged remains of the Titanic in the depths of the Atlantic Ocean. You can stand on the glass floor and see how the Titanic appears today. You can even take control of the camera and do some exploring to discover the artifacts left behind.

Should you check out the Titanic tour Belfast? Absolutely! If you’re even mildly intrigued in the story of the Titanic, you should make time in your busy travel schedule to check it out. While I don’t tend to seek out museums when I have a limited amount of time in a city, I’m really glad that I visited this one. The interactive exhibits present the information in an entertaining, thorough, and thought provoking manner.

Aim to spend at least a couple of hours here. Sometimes there are special events and exhibitions. Be sure to check out the Titanic Belfast website for all the details. You can also book your tickets in advance, though you shouldn’t have any problem buying them at the door.

Staying the night? Why not stay at a hotel within walking distance of the Titanic Belfast? I thoroughly enjoyed my overnight accommodation, the Clayton Hotel Belfast. Check out my review, the reviews of others, and book your stay today! 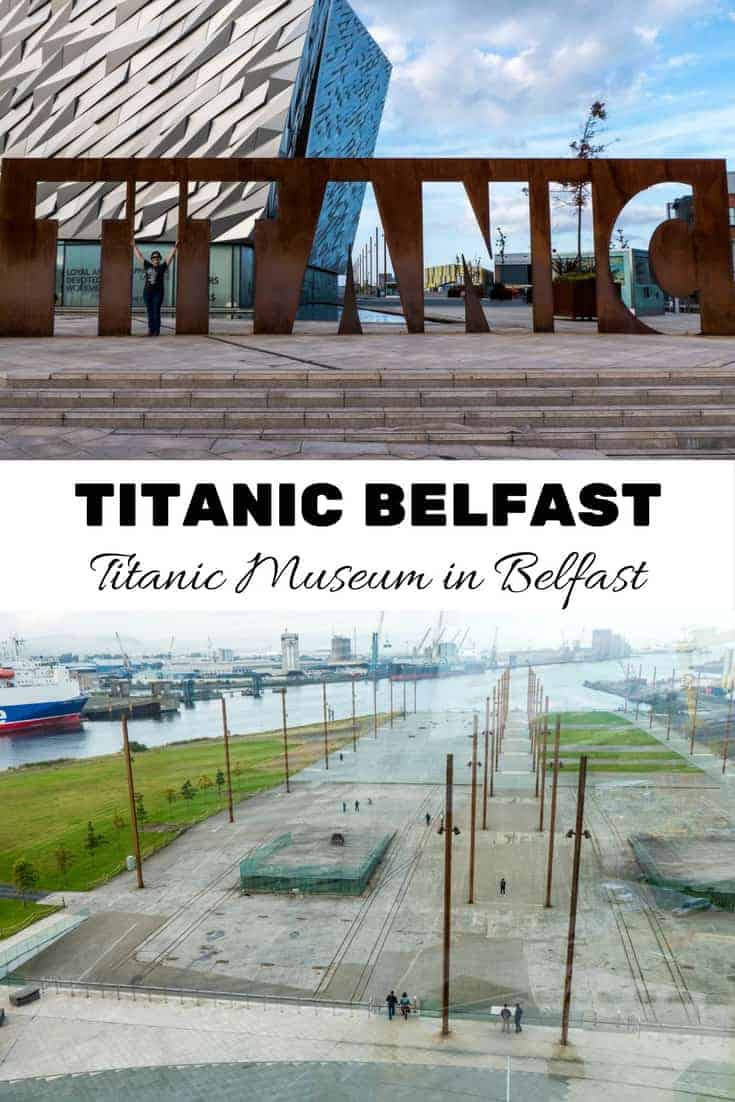 Are you fascinated by the story of the Titanic? Have you visited the Titanic Belfast?

I grew up in Northern Ireland and love to see more and more tourists visiting these days. When I was young, we didn't meet many foreigners on the streets. Belfast still ranks as one of my favourite cities in the world. Thanks for visiting and highlighting the Titanic Museum as a notable attraction, especially when so many ignorant people didn't even know the Titanic was built in Belfast. Safe travels. Jonny

A lot of people don't know that the Titanic was built there, you're right! The museum is fabulous and I wish I had more time to explore Belfast in general. Next time for sure, it's a great city.