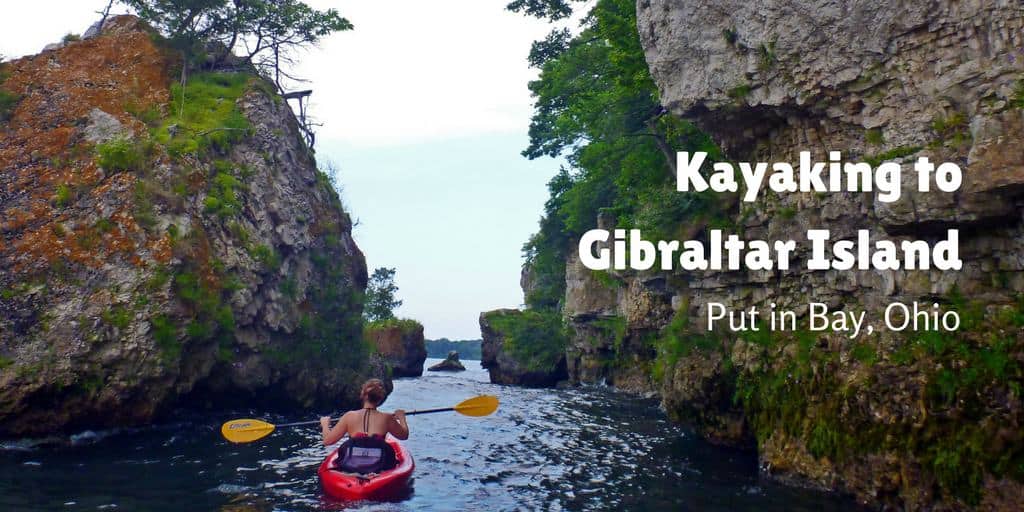 It was our first time kayaking. We were grateful to try it in such a beautiful place.

After our segway tour, Justin and I decided to try another new activity…kayaking! We both had never gone kayaking before and it was on my bucket list of things to do. Not only was it great exercise, but it was a way to discover the island in a whole new way. Viewing Put-in-Bay from the water provided us with a new perspective and exploring on our own was such a treat. 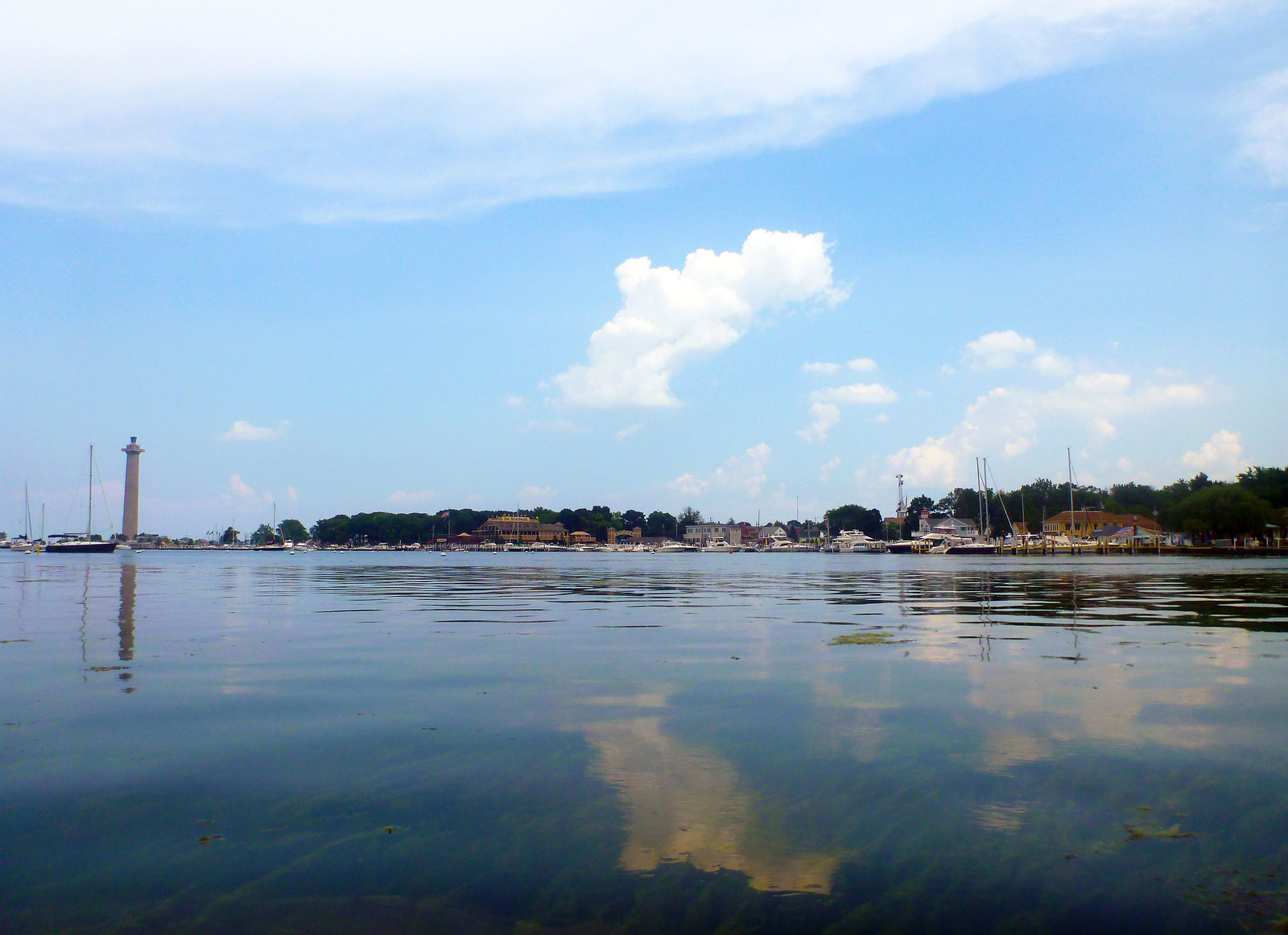 Justin and I drove our golf cart over to Kayak The Bay, a tour company situated on the northwest part of Put-in-Bay. We rented two kayaks on the spot for $20 each, without having to reserve them in advance. This fee allowed us to kayak for up to 2 hours. We also had the option of renting one two-person kayak, but we thought it’d be better if we had separate ones.

We didn’t ride our kayaks with a tour guide, but the staff member at Kayak the Bay gave us a few pointers on how to kayak. He also showed us a map and gave us a few ideas of what we could see on our trip. There were so many places to kayak that we couldn’t possibly cover everything in one trip. However, we’re open to returning someday and kayaking again. 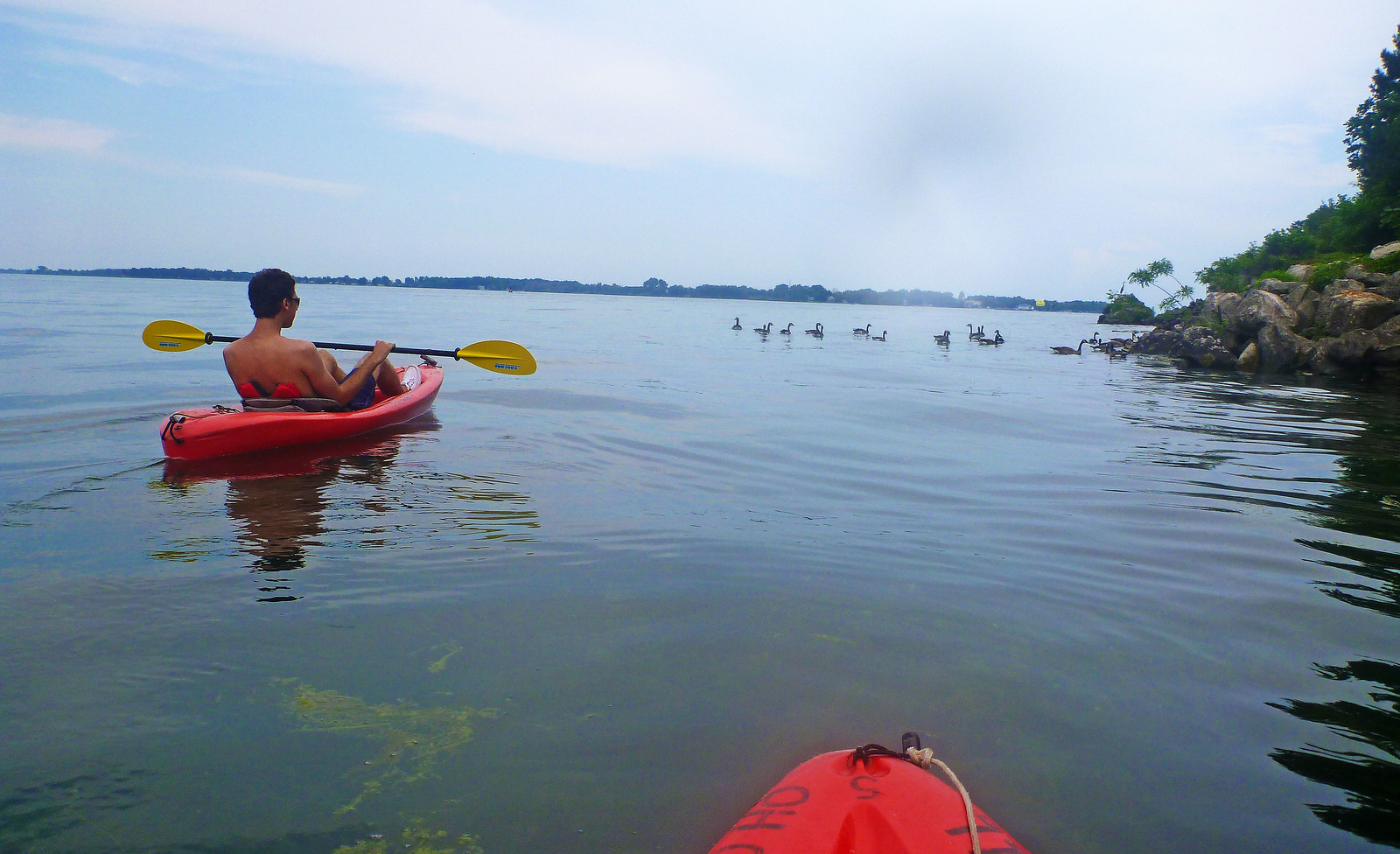 Our first destination was Gibraltar Island, so we paddled towards it. Gibraltar Island is completely owned by Ohio State University, so we were unable to actually visit the island itself. However, we were perfectly content cruising around Gibraltar Island and seeing it up close.

Gibraltar Island had rugged cliff edges with lush greenery growing all around. It isn’t what you’d imagine Ohio to look like. We navigated around giant boulders that protruded from the water. There were many waves crashing all around, so it was quite the adventure. By paddling into the waves, we reduced the risk of tipping our kayaks over and falling into the water. There really wasn’t much danger of flipping out of the kayaks, so we weren’t too concerned. 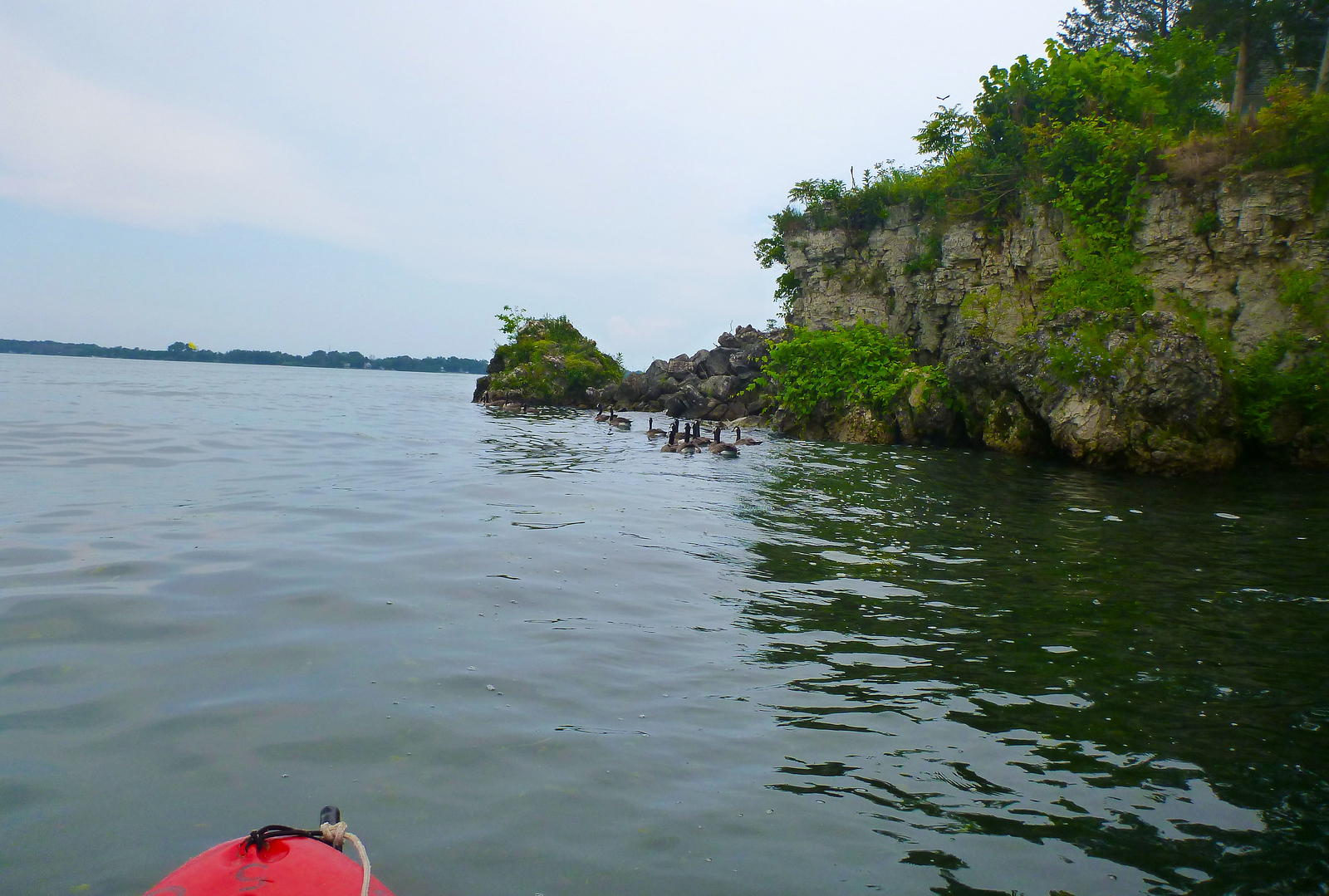 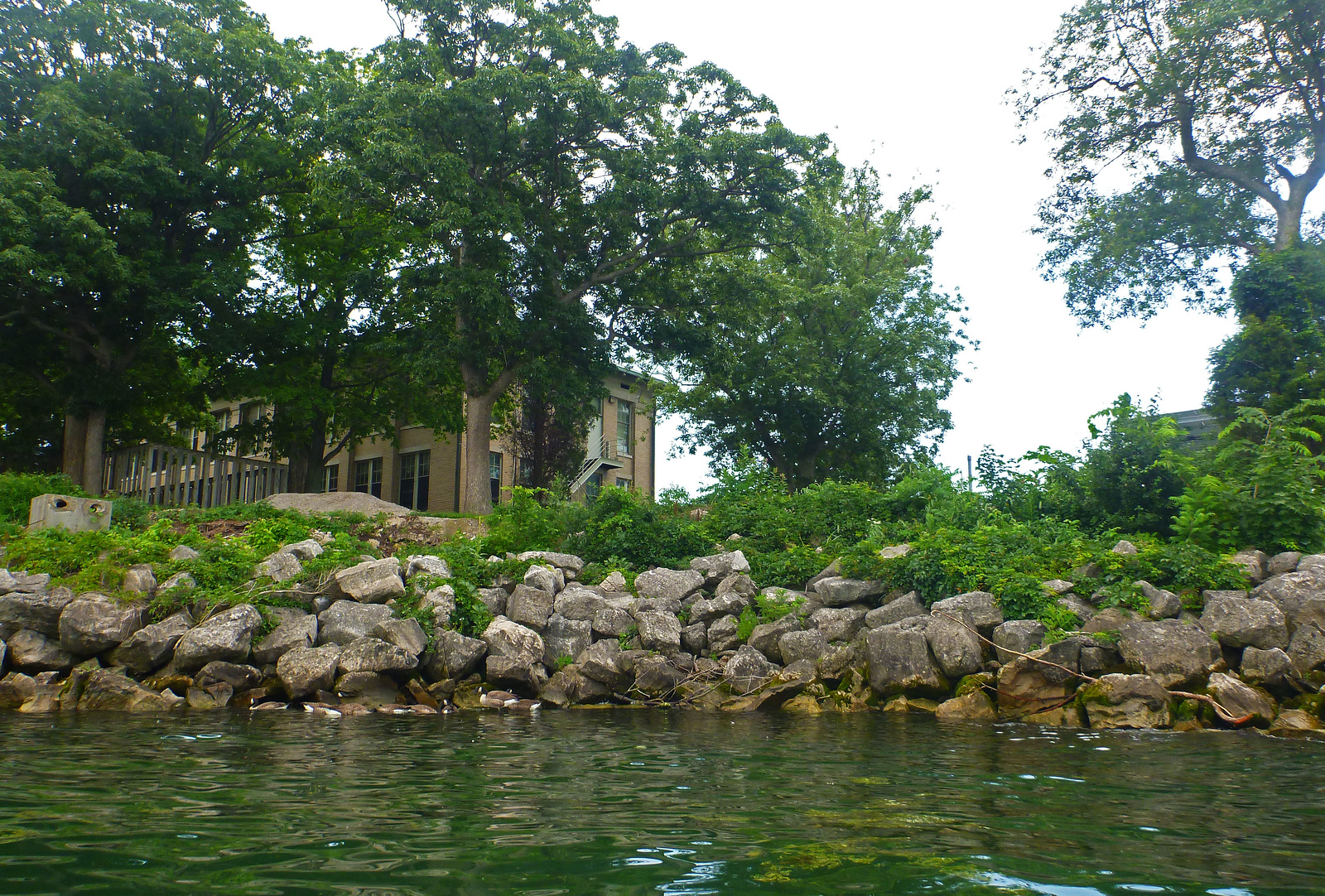 One area of Gibraltar Island was called the “Needles Eye”. It was a small challenge to kayak through this narrow space in between the cliffs. This was called “threading the needle.” Thankfully, we both made it through without any issues! Make sure you hold your paddle sideways as to not get stuck.

We kayaked around the entire island past the Ohio State University building. We saw lots of interesting birds, including ducks, geese, a blue heron, and a black duck.

Oh, and there were the water snakes.

I only saw one, but Justin saw a whole bunch that made him squirm around in his kayak. The water snakes are endangered and protected in the area. They kept poking their heads above the water and slithering back into the lake. Justin even saw one stick out its tongue! The hilarious part of it was that Justin kept thinking he saw water snakes. But, they’d end up being ducks off in the distance or other things, like rocks. He got paranoid of seeing more water snakes after he saw one or two. I spent half the time laughing at him and his fear of the water snakes. 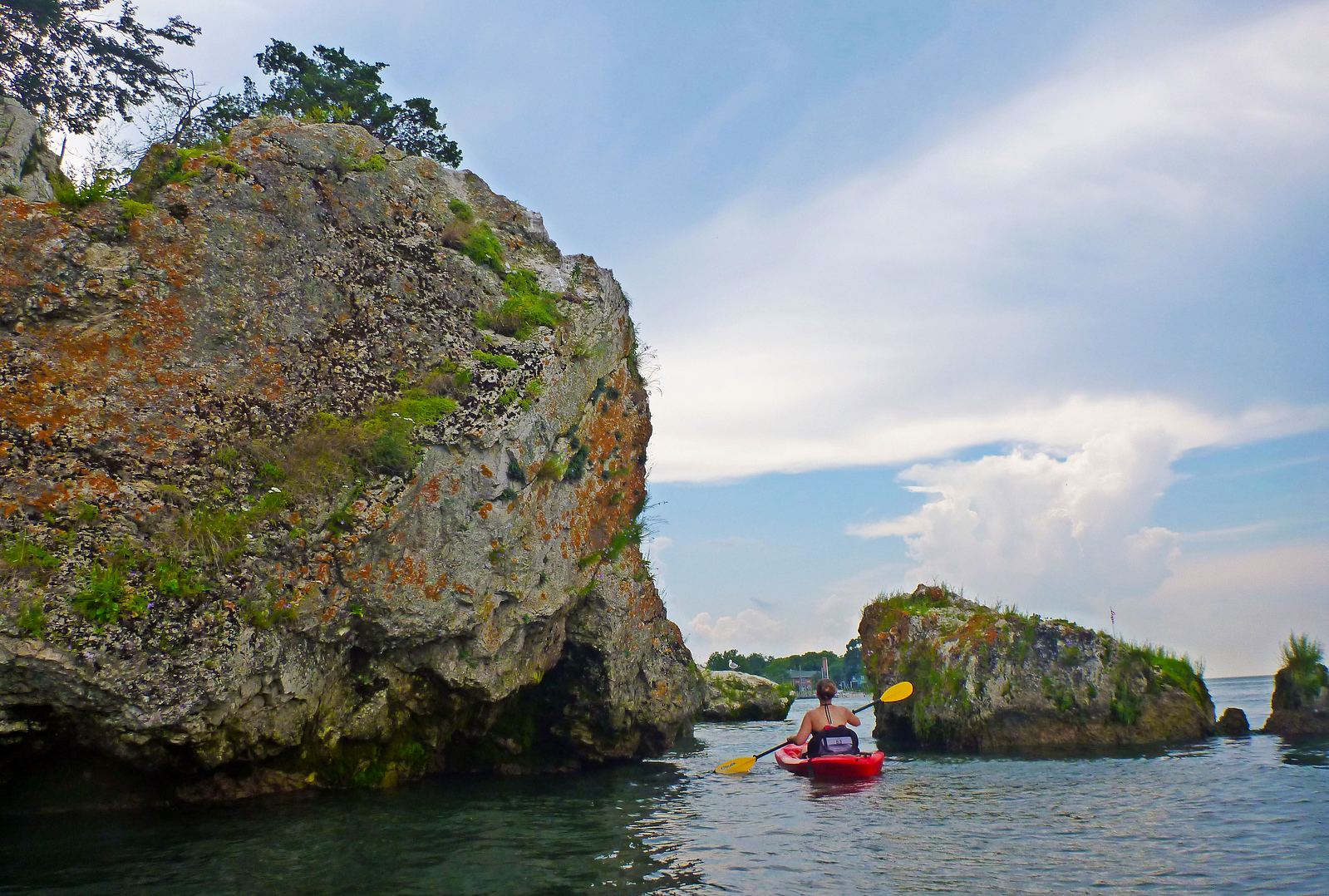 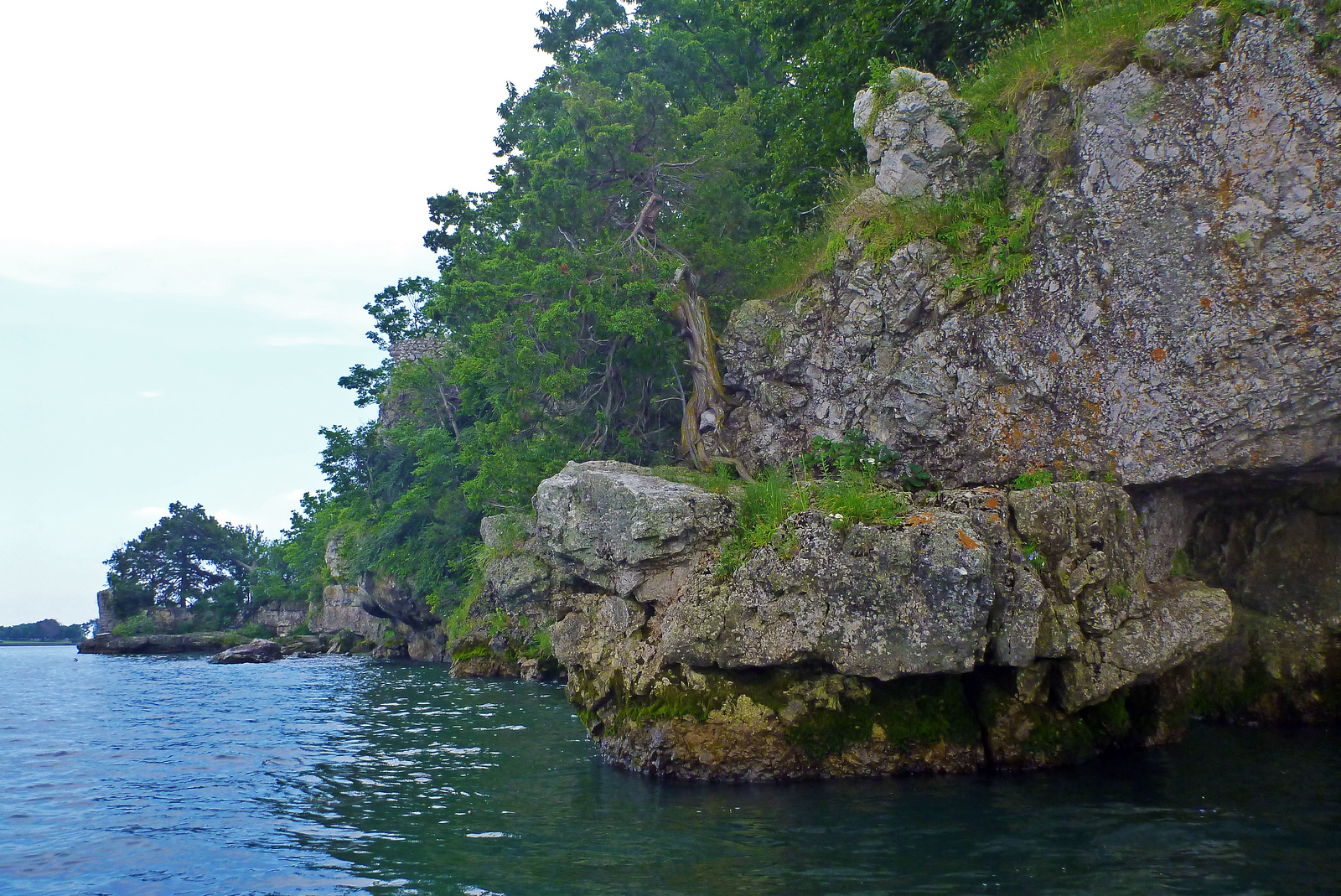 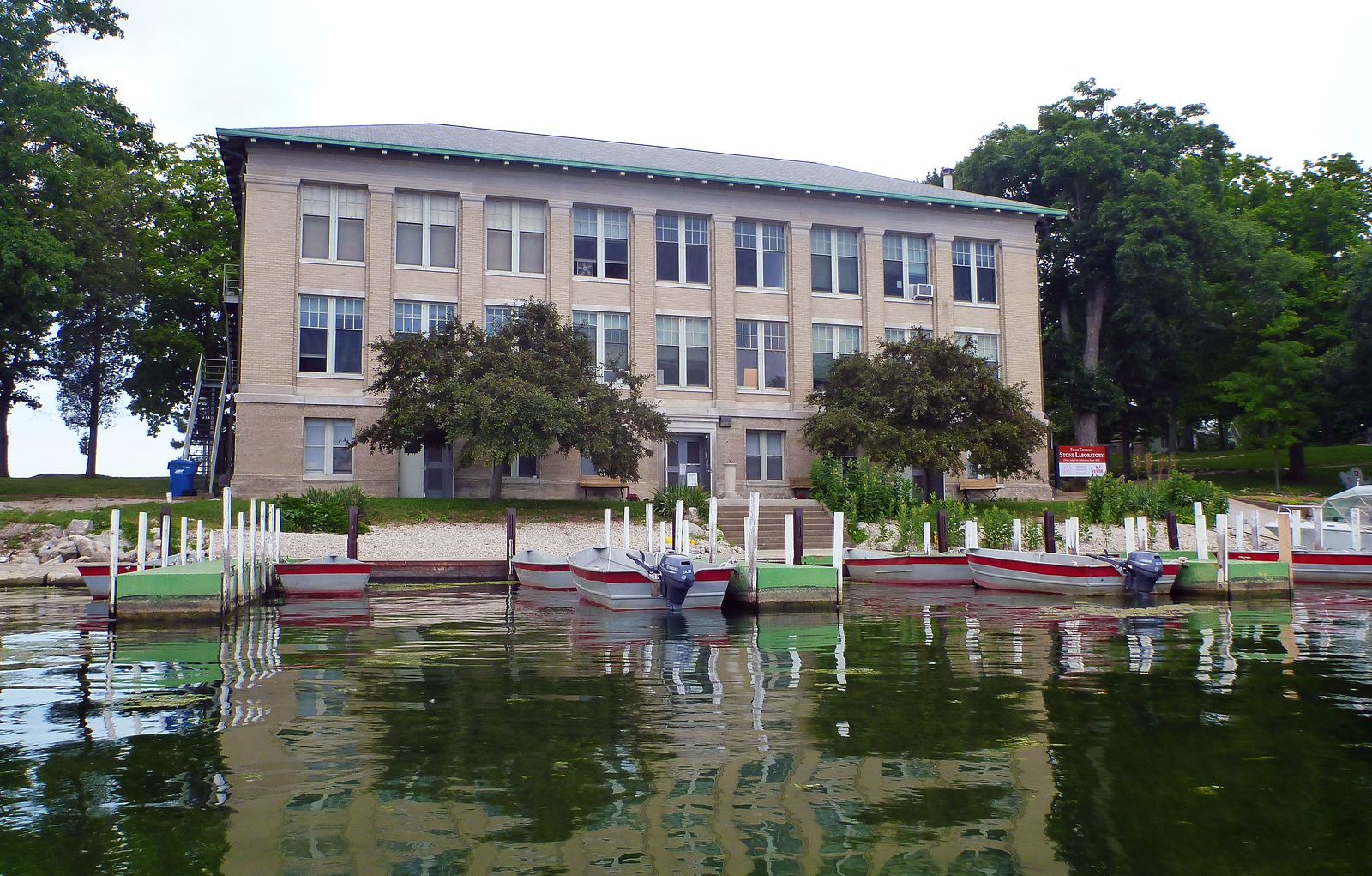 After floating around Gibraltar Island, we continued kayaking around the northwest point of Put-in-Bay towards Benson Ford. It was a huge ship that was essentially cut in half, moved to the shoreline of Put-in-Bay, and converted into a house! The best views of Benson Ford were from the water, so it was a great opportunity to see this unique home.

By this point, our arms and bodies were beginning to ache and we still had to kayak the entire way back. It was a bit of struggle at times. We both felt very accomplished for kayaking so far, especially on our first attempt at trying this sport. We took a short video of our first moments trying to kayak, although it was a little tricky holding the camera as we were inexperienced kayakers.

Check out the rest of our travel photos from Put in Bay, Ohio! 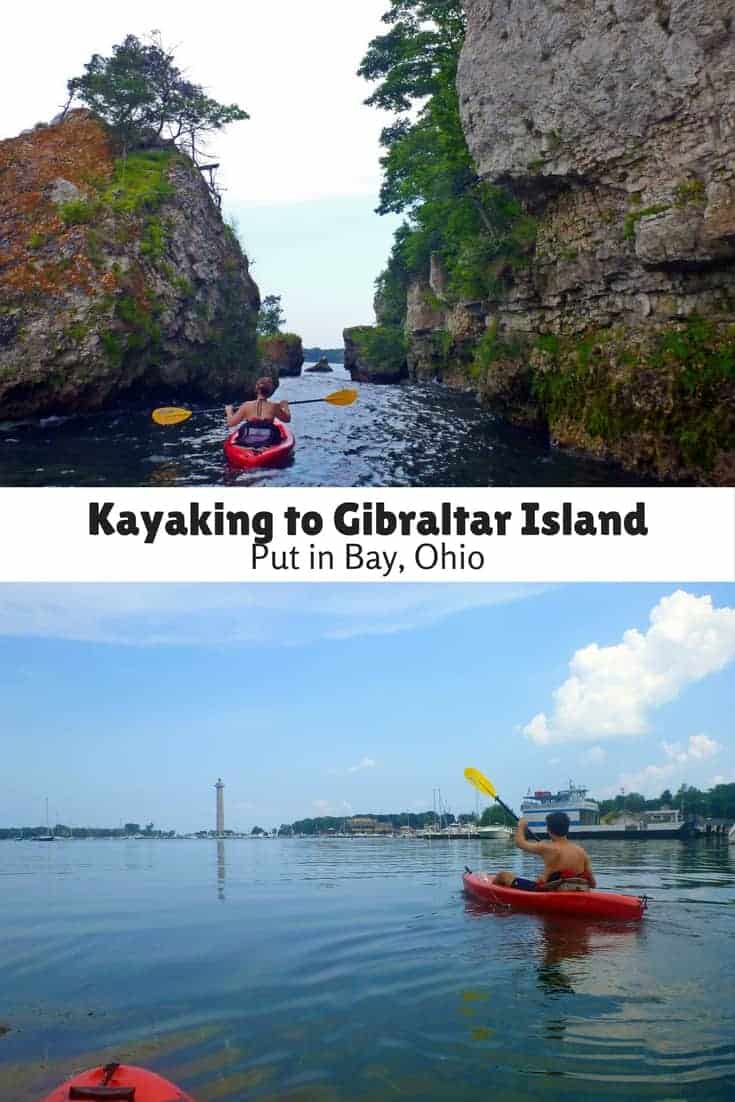 Do you enjoy kayaking when you travel? Where’s your favorite place to kayak?

1.3K shares
How to See Put in Bay by Golf Cart
← Previous
Donkey Sanctuary of Canada: Visiting the Donkeys and This Beautiful Farm
Next →
Click here to cancel reply.

Beautiful! The scenery is stunning, I love the rocky cliffs. I agree with Tracie you did well not to go kayaking for the first time together, my husband and I did it and we nearly divorced. We haven't been kayaking since! Water snakes sound cool, I'm a big fan of snakes!

Gosh I'm so so bad at kayaking (I tend to go in the back so I can look at my other half doing all the work :D ) But it looks like you had an awesome experience there!

I am terrible at kayaking lol. But you totally had the whole area to yourselves by the look of it so well worth it, how relaxing :-)

I almost forgot that you were in Ohio as i was looking at the photos with the rock formations. You could have been anywhere in the world. Very cool.

Wow - these are such tiny kayaks, would be fun to try them out one day ...