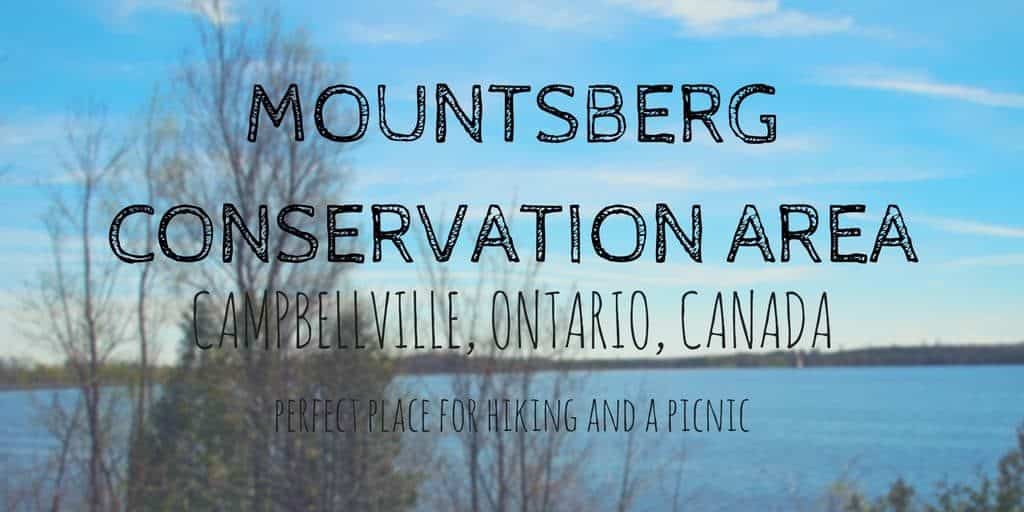 The perfect place for a day hike and a picnic.

Looking for somewhere to spend the day in the great outdoors? We visited Mountsberg Conservation Area in Campbellville, Ontario to soak up the sunshine and explore the trails. Although Mountsberg is in the same group of Conservation Halton parks as Crawford Lake, it is an entirely different experience. Not only does Mountsberg have lake views and trails, but there is a rescue center for birds of prey and its a paradise for birdwatchers.

A PICNIC BY THE LAKE

Mountsberg Conservation Area is adjacent to the Mountsberg Reservoir, offering serene views of the twinkling waters. There are several picnic tables next to the water. Justin and I claimed one and started our visit with a picnic lunch. We brought our own buffet of vegan meals, including homemade potato salad, hummus and red pepper bread, quinoa salad, and these delicious marshmallow treats by local vegan company, Sweets from the Earth.

It’s so peaceful munching on yummy foods while listening to the sounds of ducks and geese paddling around the lake. We were so thankful that it was a bright and sunny spring day. 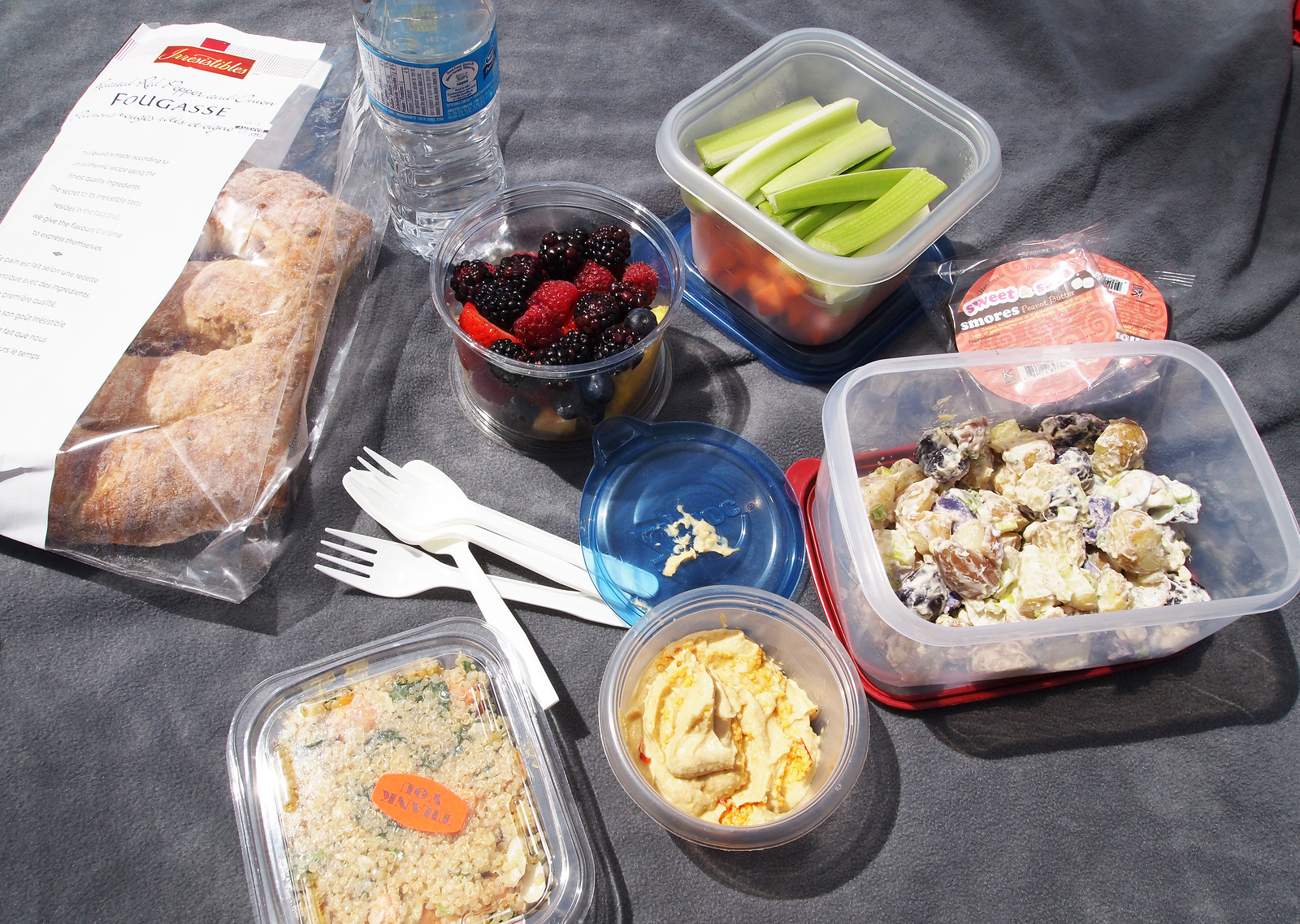 Mountsberg Conservation Area houses a Raptor Centre where visitors can meet over 15 different species of birds of prey. Many of the birds have permanent injuries and cannot be released back into the wild. In many situations, the raptors were imprinted by humans and cannot survive on their own. They live out the rest of their lives as animal ambassadors at the Mountsberg Raptor Centre.

We saw vultures, hawks, eagles, falcons, and owls up close. It’s an educational experience for people of all ages to learn about these spectacular creatures by reading the information plaques and viewing the animals in closer detail.

Mountsberg has a barn with many farm animals, such as horses, goats, sheep, and bunnies. The animals were roaming free in a large fenced off area. They were able to approach us if they pleased. We saw several young sheep with their mothers watching over them. Baby goats frolicked and jumped with their parents watching close by. Some of the goats came over to say hello to us, while many of the sheep enjoyed relaxing beneath a shady tree.

There were also a few chickens roaming freely around the property, not straying too far from the main barn.

HIKING IN THE WOODS

After our picnic and visiting the various birds and animals, we embarked on our hike. We walked across a set of railroad tracks towards the trails. Along the Sugar Bush Trail, there were loads of maple trees which were tapped throughout March for maple syrup. There is a maple syrup festival every March at Mountsberg.

Using a map that we picked up at the visitor center, we followed the Lakeshore Lookout Trail, extending north along the lake. On the map, it showed two separate observation towers – one at the beginning, and one at the end of the path. It sounded pretty neat, so we decided to find the towers. 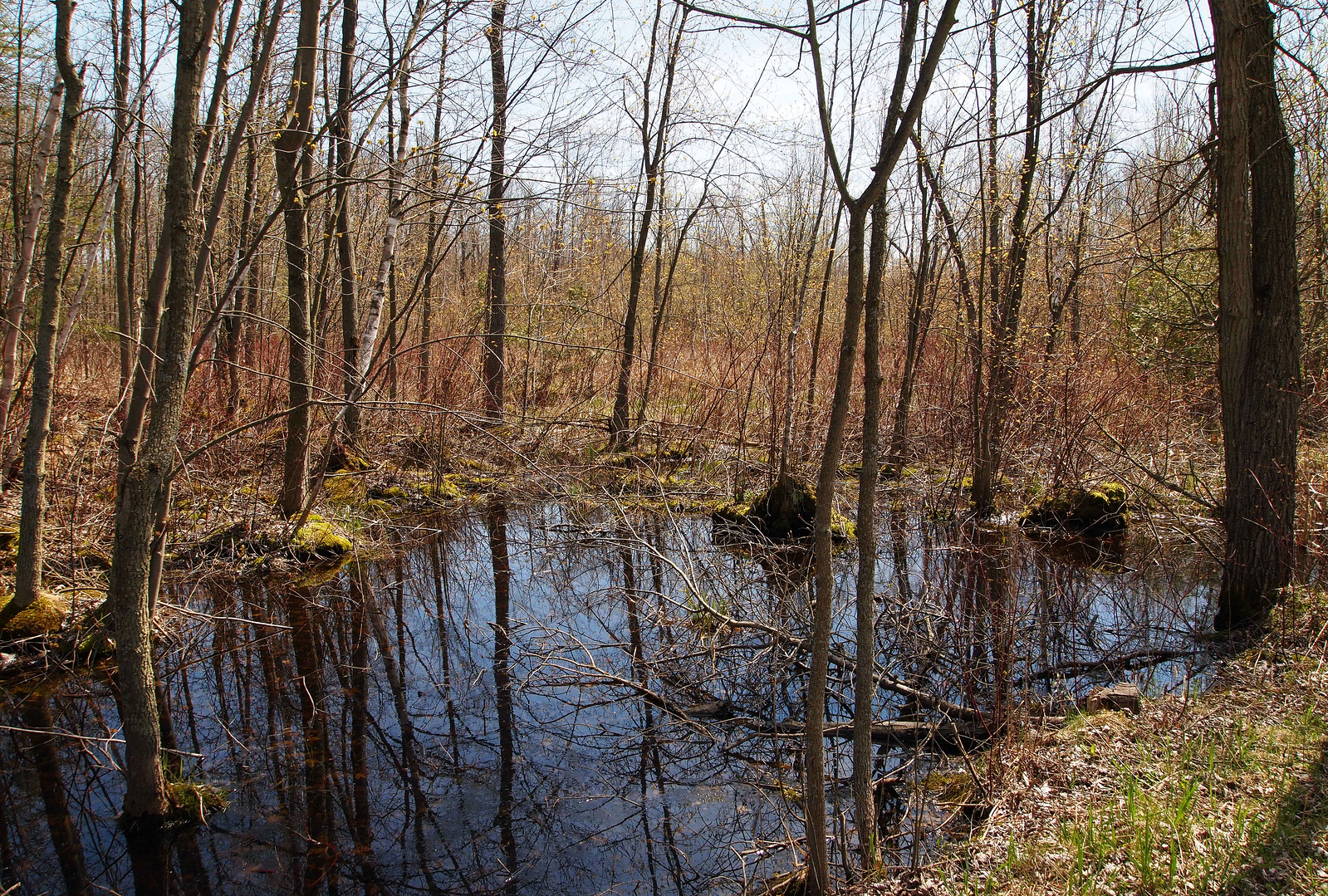 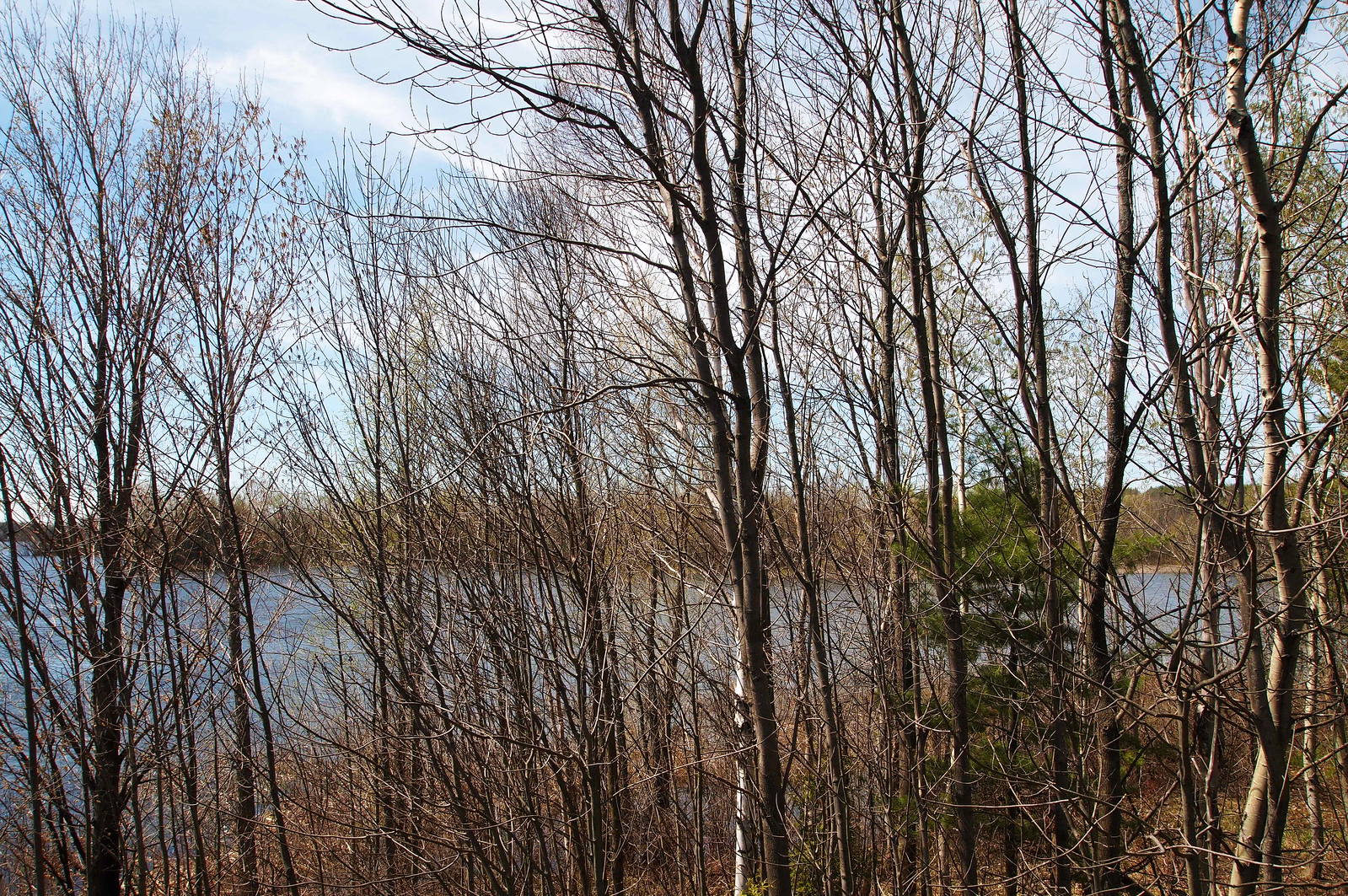 We found the first tower along the trail beside the lake. It’s really pretty impossible to miss it. We climbed to the top and enjoyed a beautiful view overlooking the water. The shade of the tower was a great reprieve from the hot sun.

Another interesting note – we found a hidden box with treasures inside it for fans of geocaching. Though we haven’t ever tried geocaching, it was really fun to stumble upon this mysterious small box filled with various goodies.

Unfortunately, there wasn’t much more to see along this path. The trail also got extremely muddy. It was likely just the time of the year, with it being spring and all. The trail was also close to the lake and nearby marshlands. We weren’t really prepared for these hiking conditions, as we only brought our regular sneakers. At times, it was difficult to not get our feet stuck in the mud

We were determined to keep hiking, and eventually reached a point where we could see the highway. Hearing the noise from the highway wasn’t exactly what you strive to discover during a peaceful hike, so we looped around and headed back. Also, despite what the map stated, there was no second observation tower. This was a little bit of a let down as there wasn’t a second fantastic view like we were expecting. 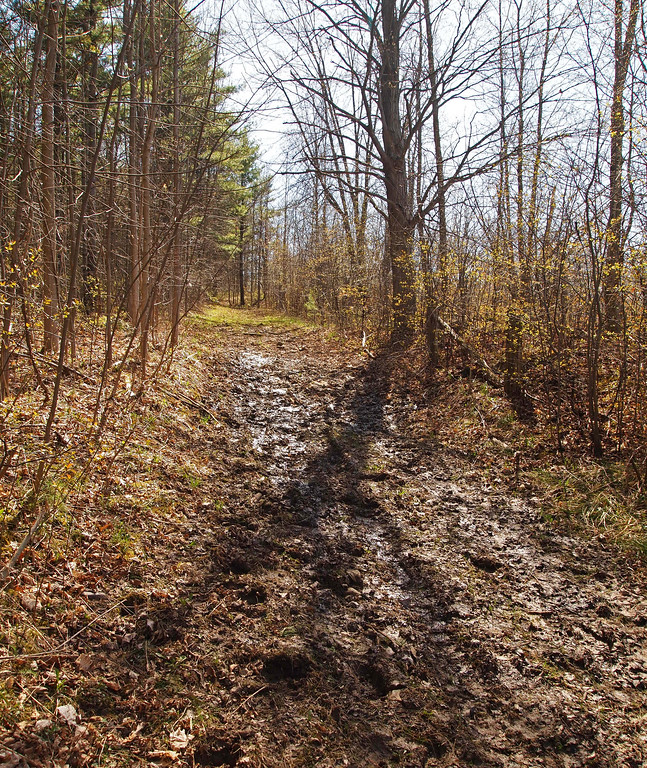 On the hike back, we followed a different route and stumbled upon a nice surprise. Our journey ended at Swallowville, a tiny bird city. There were tons of bird feeders, home to a couple hundred swallows during the spring and summer months. Birds were chirping and fluttering all around. We were almost back to the car when we noticed a turtle on the train tracks. On the train tracks? This poor little guy could easily get run over by the train. I’m sure he liked the warmth of the black tarmac, but I wanted him to be in a safe place back near the marsh. I safely transported him away from the train tracks so he wouldn’t be killed.

Mountsberg Conservation Area is much more than just hiking trails around a gorgeous lake. There are many opportunities for wildlife encounters, and you never know what you might discover on your next adventure there.

Interested in viewing more photos from Mountsberg Conservation Area? Check out our travel photo album and our photography shop, where you can buy prints, canvas art, housewares, accessories, and keepsakes made from our photos. 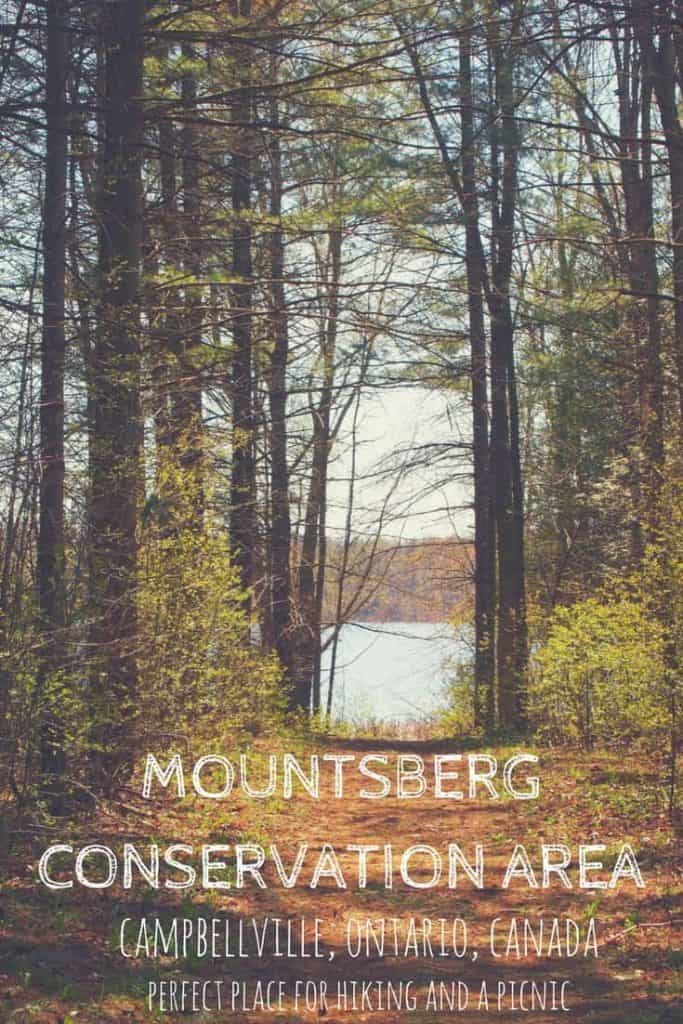 Do you have any favorite local conservation areas? Tell us all about them!

270 shares
One Love Vegetarian Restaurant Toronto
← Previous
How to Get to Put in Bay Ohio - Miller Ferry
Next →
Click here to cancel reply.

Seems it was a thrilling experience for these guys!

What a cute baby goats! Looks like you had a good day : )