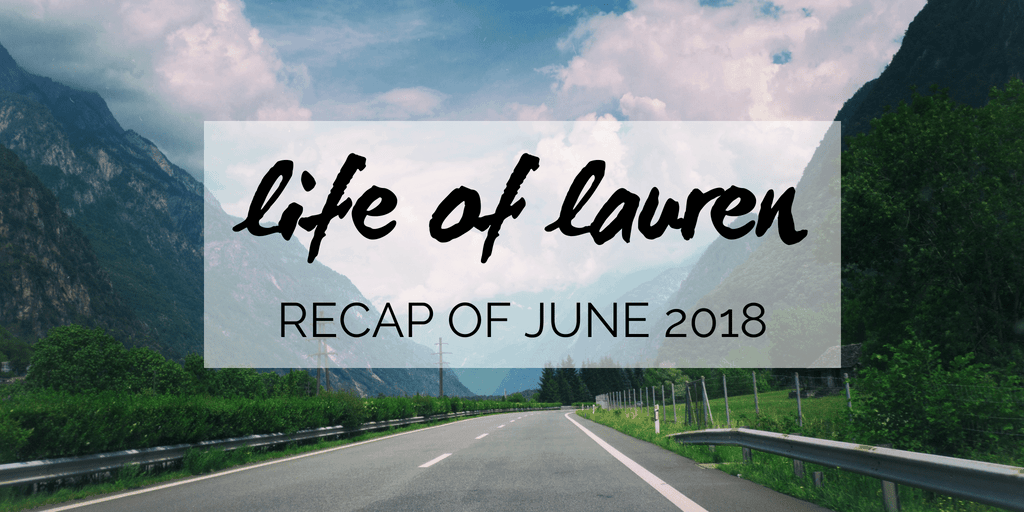 On the road again!

June was one of those fantastic travel months where I spent more time away from home than at home. I ventured into two new countries and revisited one of my favourites. June is my birth month and I celebrated it doing the thing I love the most (travelling) with the person I love the most (Justin)! I also spent a day wandering around Toronto to find the best street art and dined at two vegan restaurants that were new to me.

This was a trip that involved months of planning – I mentioned the countries and towns back in my Life of Lauren May Recap post. Well, the planning was all worthwhile – Justin and I feel it was our best trip to date! We spent two weeks exploring Germany, Switzerland, and a little bit of France. I’ve already started to write about this trip, and the next couple of months will mostly be devoted to covering these travels on the blog. 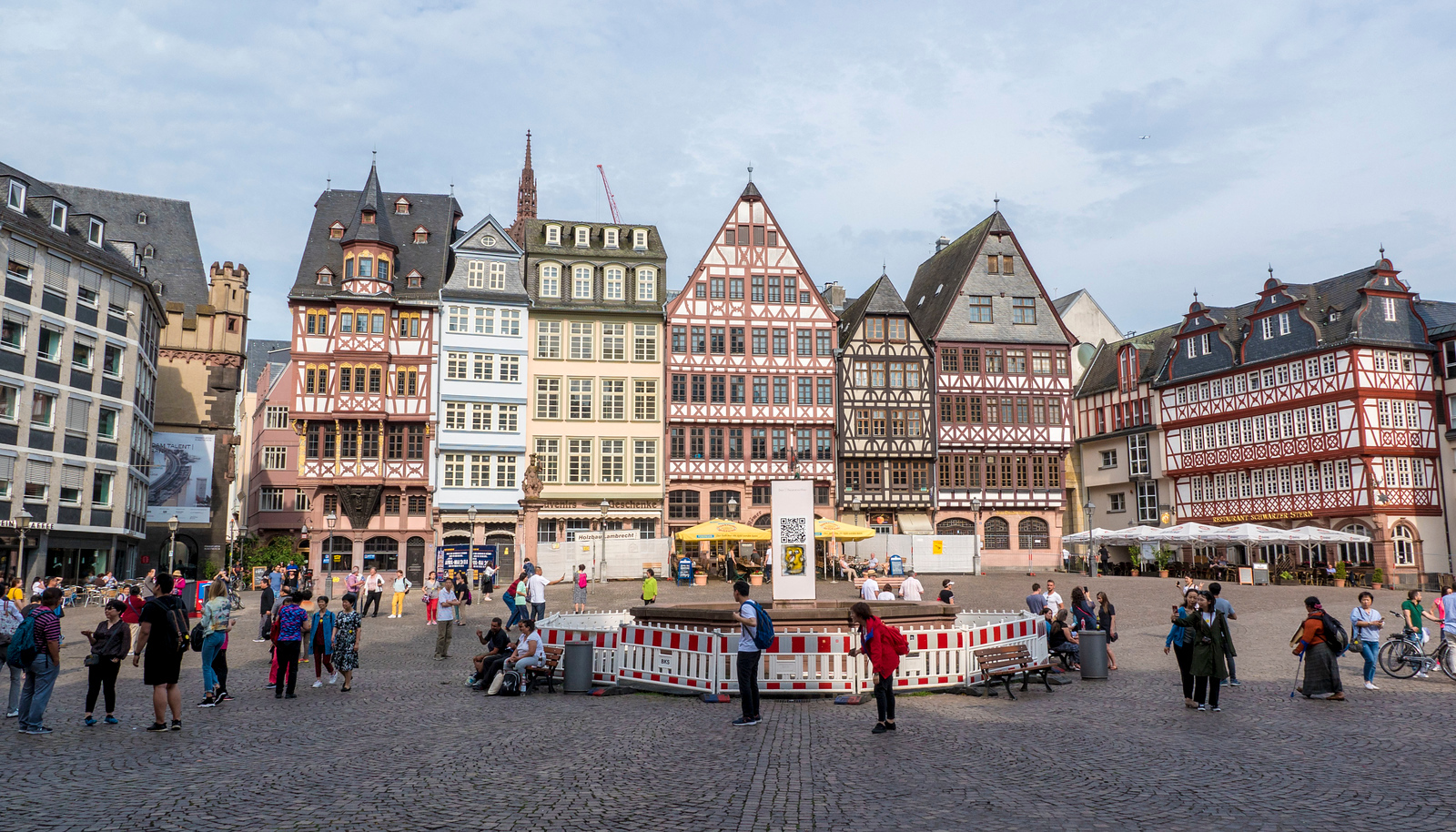 We left for the airport the day before my birthday and embarked on an overnight flight (as they usually tend to be between Canada and European cities). By the time we landed, it was the morning of my birthday. For the record, I thought it was a good idea to land in a new city on your birthday to start the trip right on your special day. Wrong, wrong, wrong! I don’t recommend this at all! Why did I think that was a good idea? I never sleep well on a plane, no matter what. It’s always a stressful situation to gather your belongings and navigate to your hotel when you’re exhausted. And then you’re too tired to want to do much of anything.

However, I still managed to have a wonderful day once we settled in to our accommodation, the 25hours Hotel The Goldman. Justin and I only really had a half day to spend in Frankfurt, but we certainly made the most of it after a power nap at the hotel. I didn’t expect that Frankfurt would be such a wonderful city to wander around, but we thoroughly enjoyed our day there and we wouldn’t hesitate to return. If you’re interested, here’s everything we did in Frankfurt for the day.

Strasbourg is an idyllic town on the border of Germany and France. It’s really a combination of the two countries: the half-timbered houses lend a German fairy tale vibe, and yet there are cute cafes selling the best baguettes and sweets. Justin and I had a day and a half in Strasbourg, by the time our train arrived in the city. There were French train strikes happening at the time, and I’m not sure if that impacted our train arriving an hour late in Frankfurt. We missed our connecting train and had to take two different trains to get to Strasbourg. It was a little bit annoying to sort it all out, but we didn’t arrive too much later and we handled it totally fine.

We loved wandering around Strasbourg and taking in the charming scenery. The cathedral had incredible views from the top, and it was an adventure climbing that narrow spiral staircase to get there. The two of us rented bicycles and rode to a park where we saw the most adorable baby swans. Strasbourg has a lot of really delicious vegan food, so we ate as much of it as possible.

From Strasbourg, we took the train to Bern where we would start our week-long escapade in Switzerland. Bern really surprised us and within a few hours we were trying to sort out how to move there. We stayed at the Hotel Allegro Bern and we savoured the stunning view of the city from our room (pictured above). The city is so clean and easy to get around via the public transportation system. The most beautiful, turquoise river runs through it, and we saw locals flying down the rushing waters on tubes. Looked a little scary, but fun!

For two days, we based ourselves in Bern and took one day trip to the little towns of Thun and Spiez. I think my favourite part of Bern was taking the cable car to the Gurten, Bern’s mountain. Not only were the views of Bern spectacular from the top, but we also caught our first glimpses of the neighbouring mountains where we’d be spending the next few days after that. I also loved Bern’s rose garden for its epic city views, plus the tranquil nature of the garden itself.

Wengen is a Swiss alpine village that sits at the foot of the Jungfrau, overlooking the town of Lauterbrunnen. To get there, we took a train from Bern to Interlaken, a smaller train from Interlaken to Lauterbrunnen, and another train from Lauterbrunnen to Wengen. Trust me, it’s worth the trip! We stayed at the hotel with the best view in town, the Hotel Bellevue Wengen. In the Instagram photo above, you can see the brilliant view from our room’s balcony. Imagine waking up to that view every morning? We also soaked in the hot tub with the mountains all around us and the valley down below. It was pure bliss.

The weather started out a little bit foggy and cloudy. When we took the cable car to the top of one mountain, we were inside a cloud and could see nothing but white. Even still, we made the most of it, venturing out in the rain. Thankfully, the weather cleared up. With a semi-cloudy cog train ride up the Brienzer Rothorn,  we marveled at the turquoise waters of Lake Brienz. And our favourite day of all was the journey to the summit of the Schilthorn. After four cable car rides, we were nearly 3000 metres above sea level!

After three days in Wengen, we travelled by train once again towards Zurich on the most spectacular train ride of our lives. Mountain after mountain, adorable town after adorable town, we could barely believe our eyes. These captivating views made the two hour train ride feel like no time at all. We spent two nights in Zurich, staying at the five star Hotel Storchen right on the river in old town. We walked everywhere from here, exploring old town Zurich and beyond.

On our second day in the area, we journeyed to Lucerne and took a boat ride plus a cog train ride up to the top of Mount Rigi. After a week of stunning mountaintop views, you’d think we’d get sick of them? Nah, it isn’t possible!

Have you heard of Tübingen, Germany? It’s a university town in the Baden-Württemberg region where about one in every three people living there is a student. The town wasn’t bombed at all during World War II and has a very in tact, historic old town. We learned all about the town on a brief walking tour with a local guide, and then set off on our own. Before leaving the town after staying just one night, we were treated to a private punting trip on the Neckar river. Take a ride down the river on one of the punts, which are boats maneuvered a person wielding a giant stick. We even got to try it for ourselves! It isn’t as easy as it looks.

And just like that, our trip was almost over. We spent two nights in the German town of Heidelberg, making the most of our remaining days in Europe. We visited Heidelberg Castle, went on the Philosopher’s Walk, made our own candy, discovered street art, saw the old student’s prison, and ate lots of yummy vegan food. Heidelberg is such a fascinating city, and another one we could see ourselves revisiting again and again!

After two weeks in Europe where we didn’t rest much, you’d think that I could use some time off to rest and recuperate? Well, we landed and got home by 10:00pm and I was off to work the next day! No rest for this girl. However, after a number of uneventful days, I made some time to visit my two best friends to spend a day by the pool in Cambridge, Ontario.

Then, I treated myself to a solo trip in the city. I walked all over Toronto to test out my brand new Fitbit, the Fitbit Charge 2 HR. It’s certainly an upgrade from my old one! I used the app to keep track of my entire walk, mapping it as I wandered. It tracks my steps, my heart rate, stairs, and there’s even a relaxation setting on the tracker itself. It guides you through a 2-minute relaxation session with breathing exercises, which I really appreciated after a hectic day. I’m in love!

In Toronto, I was on the hunt for street art and found an absolute ton of it, in Liberty Village, Graffiti Alley, Kensington Market, and West Queen West. I dined at two vegan restaurants that I hadn’t visited before (Away Kitchen & Cafe and Hello 123), and drank lots of iced coffee and lemonade as it was a very hot and humid day outside. Stay tuned for a post all about Toronto street art, as well as an update to my Toronto vegan guide. 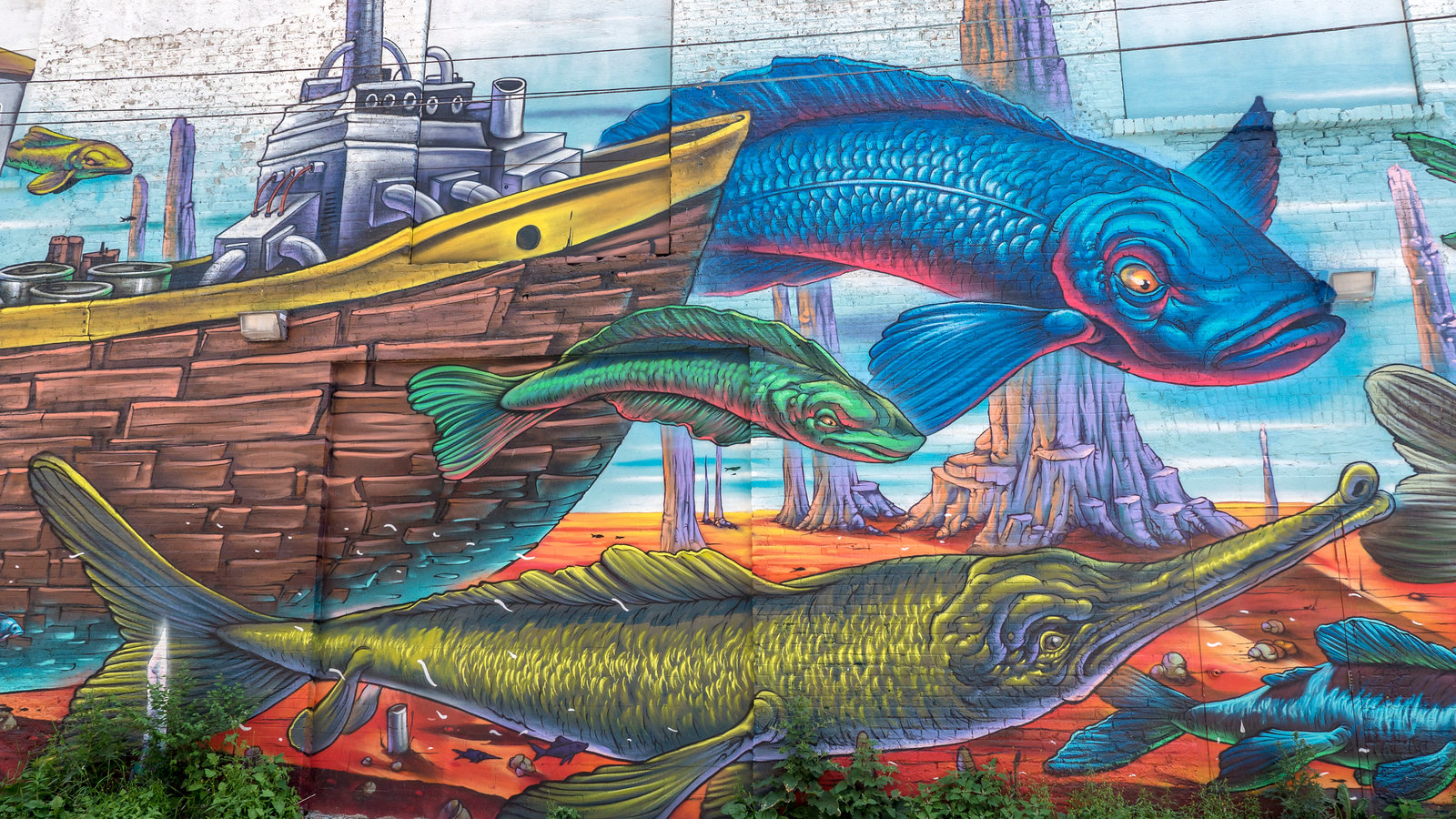 We’ve also watched a lot of episodes of Impractical Jokers together. If you haven’t seen it, definitely check it out. We usually end up killing ourselves laughing every single time we watch it. I actually only stumbled upon this show on TV when I was in Nashville as we don’t get Tru TV in Canada. Justin and I have several seasons to watch when we have a few minutes here and there.

Justin finished editing our travel video from our cruise aboard the MSC Divina! The video focuses on three ports that we visited: St. Thomas, St. Kitts, and Martinique. Take a look!

THIS MONTH, I’M OBSESSED WITH… 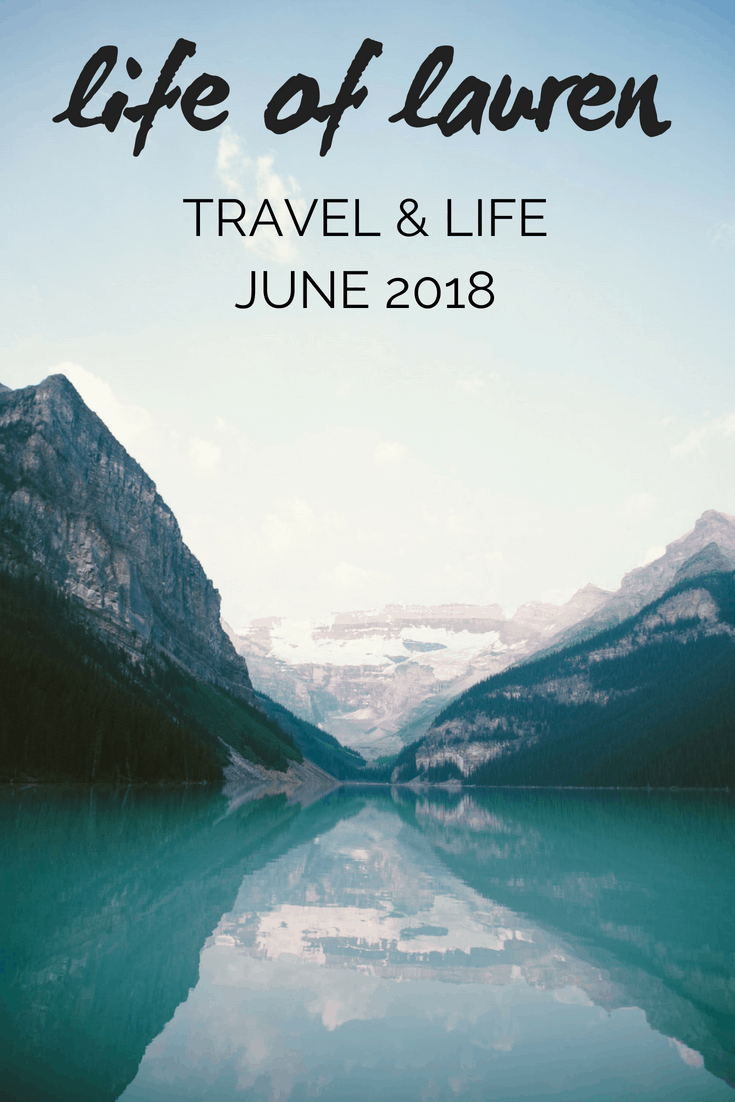 Tell me all about your recent travels!